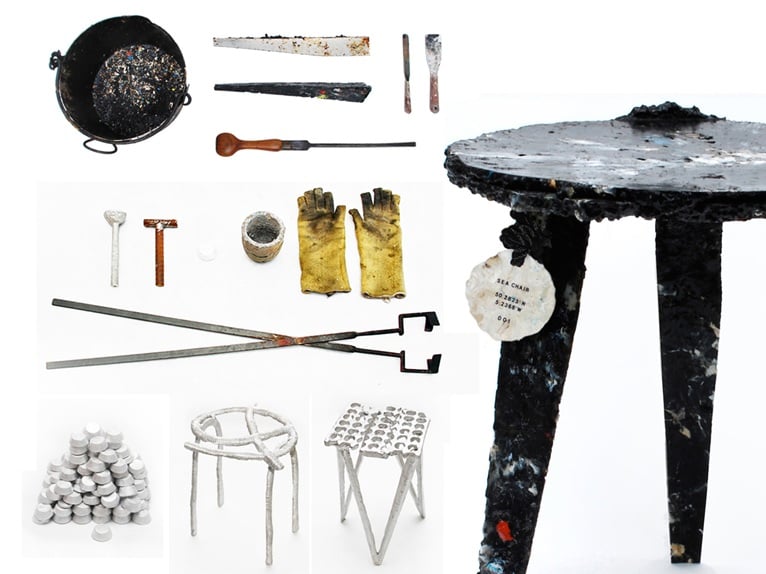 DESIGN_ Studio Swine - the London based design team formed by Azusa Murakami and Alexander Groves - explores design through material innovation and creating new sustainable systems whilst placing an equal importance on aesthetics, believing that desire is the greatest agent of change.

Intended to address the problem of plastic at sea, Studio Swine has created an open source design based on 'Sea Chair', accompanied by a film of the process where a chair is made on a fishing boat at sea.

The United Nations estimates some 100 million tons of plastic waste to be contaminating in the worlds oceans, a proportion of which washes up on coastlines across the globe, last year Japan had over 200 thousand tons of plastic debris wash up along it's shores. This abundance of plastic presents an opportunity where the material is delivered by the sea to coasts where it can be processed to make new products with the intention of removing the plastic from the marine environment for good. The open source design uses readily available materials and basic DIY skills to enable the the creation of a sea chair. 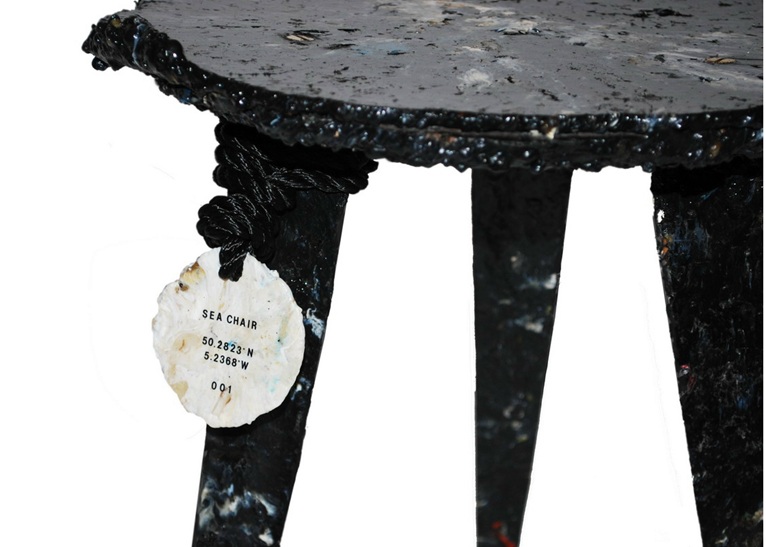 ‘Can City’ is another recycling project created by Swine, based in São Paulo where a mobile foundry operates around the city’s streets. The foundry smelts aluminum cans using waste vegetable oil collected from local cafes as fuel. The moulds and the finished pieces are all made on location, turning the street into an improvised manufacturing line.

Can City from Studio Swine on Vimeo.

In a city with some 20 million residence the waste is on a massive scale, however over 80% of the recycling is collected by an informal system of independent waste collectors known as Catadores who pull their handmade carts around the streets. ‘Can City’ creates a system where their livelihoods can extend beyond rubbish collection.

The Catadores mine the streets for materials for the furnace, cheap and adaptable sand moulds are made using readily available construction sand from local building sites. 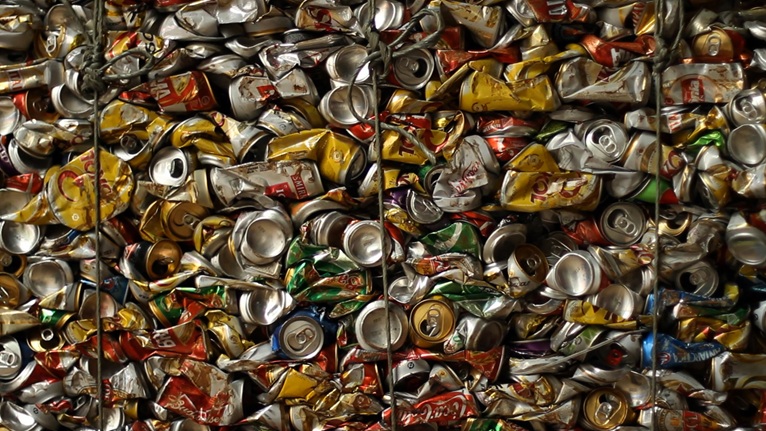 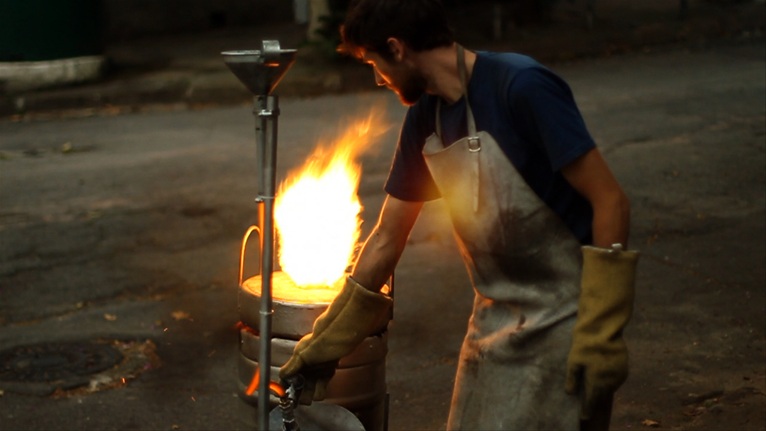 Where the majority of carbon cost is in the transportation of goods rather than their production – ‘Can City’ explores the possibility of industry returning to our cities, using free metal and free fuel to produce an endless range of individually crafted aluminum items adaptable to customisations and able to ‘cast on demand’.

The stools are the first line items to be produced, inspired by vernacular design the seating is made for the food market that provided the waste materials. 'Can City' was made for Coletivo Amor de Madre Gallery, São Paulo. The project was made possible with the generous support of Heineken. 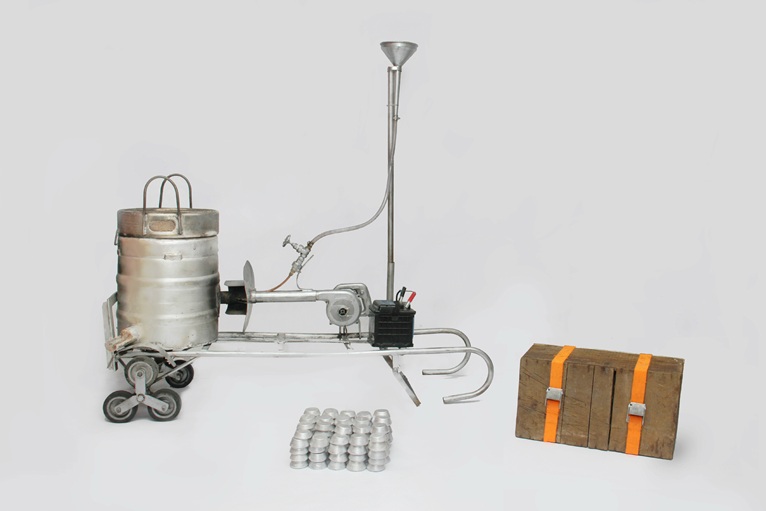 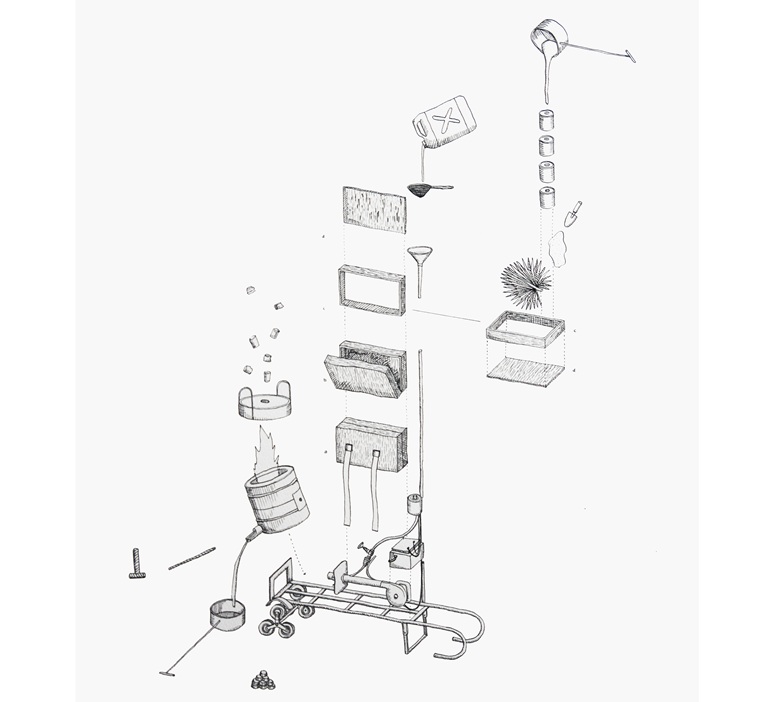 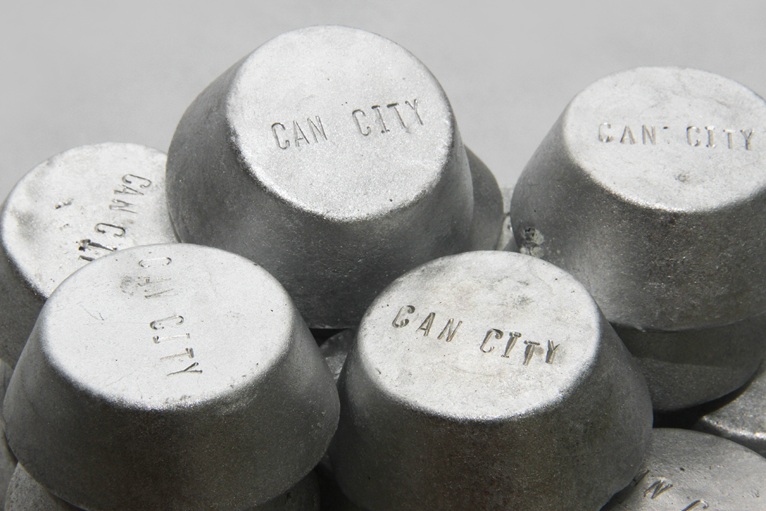 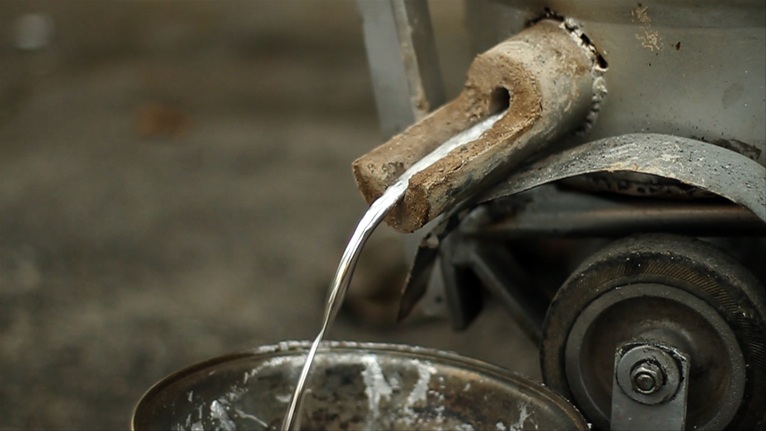 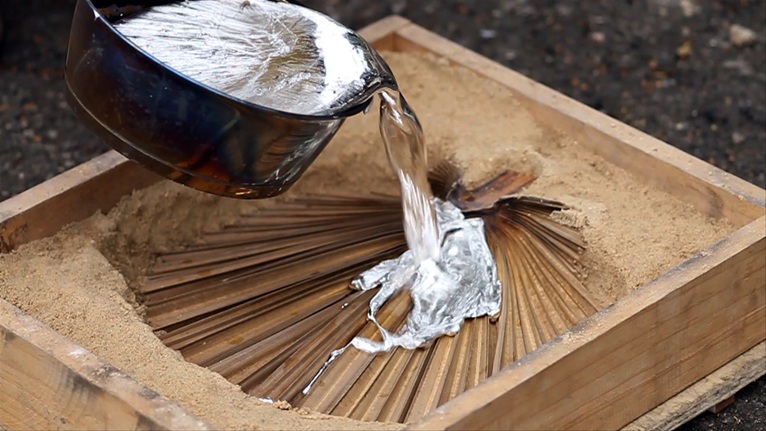 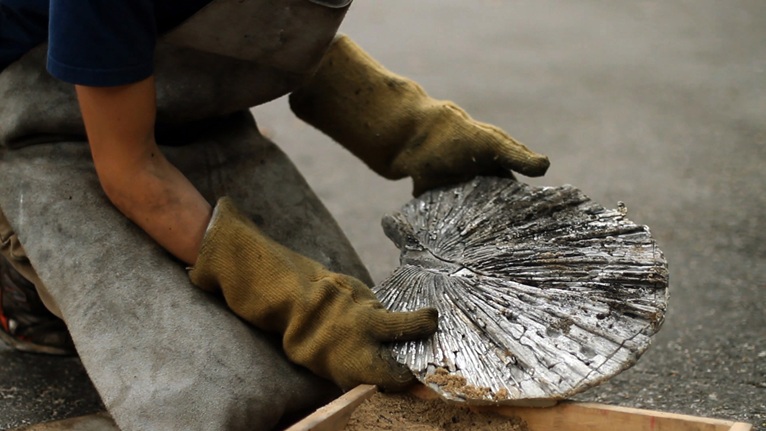 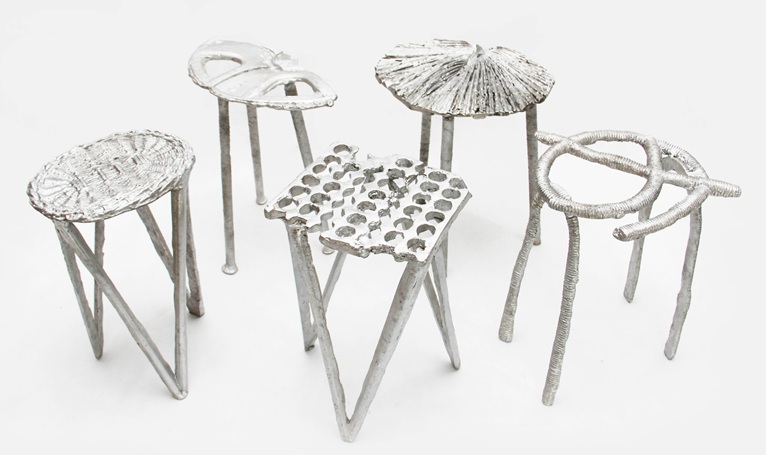 Studio Swine’s 'São Paulo Collection' has been designed and made in São Paulo, Brazil.  Inspired by the Brazilian tropical modernism of the 1950’s Swine has transformed waste materials sourced from the city into a luxury design collection. São Paulo is known in scrap metal circles as the ‘Aluminium Capital’, collecting and recycling more cans than anywhere else in the world.

The material's potential has been explored through sand casting with the naturalistic details captured in the cactus coffee table, and the contemporary abstracted palm pattern in the lounge chair.  The bottle bulbs are a lighting pieces made from beverage bottles that have been heated and re-blown into a eclectic collection of organic forms without the conventional recycling process where the glass is broken down into cullet first. This results in a clearer higher quality glass requiring less energy and retaining some mark of the previous industrially manufactured form. The bulbs are fitted with customised brass fittings and LEDs. 'São Paulo Collection' was made for Coletivo Amor de Madre Gallery with the kind support of Heineken. 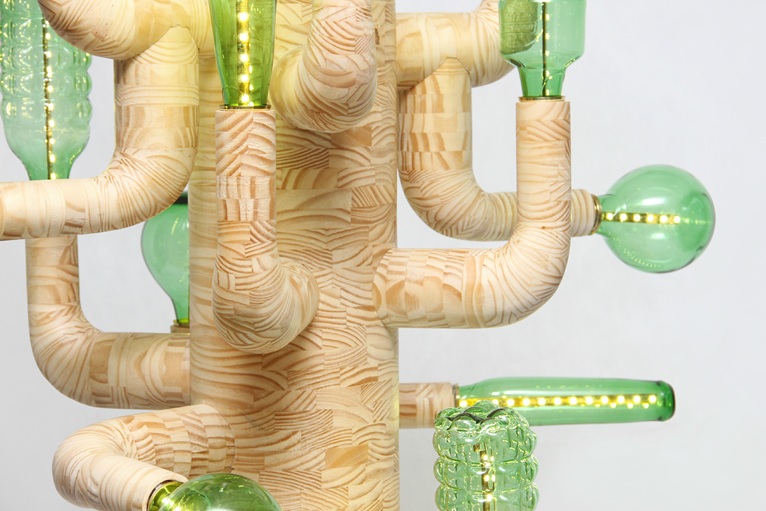 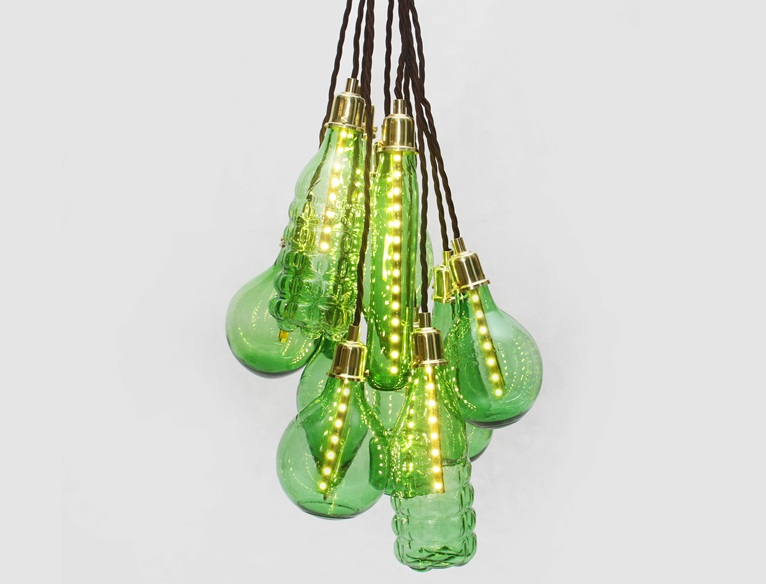 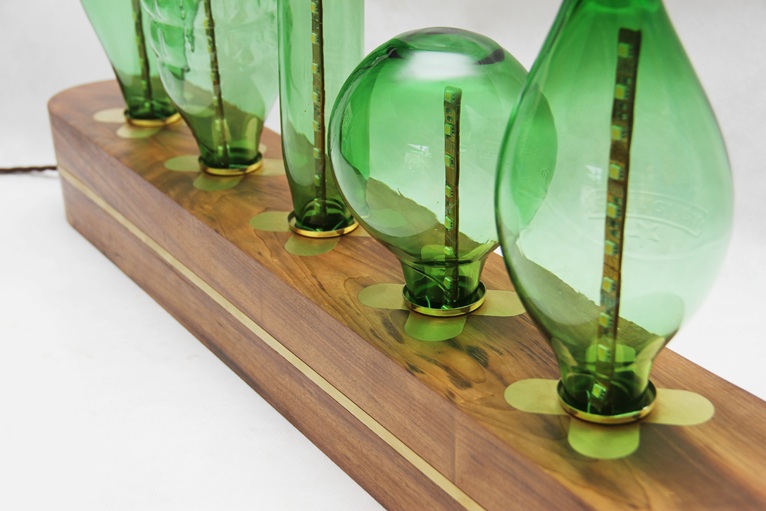 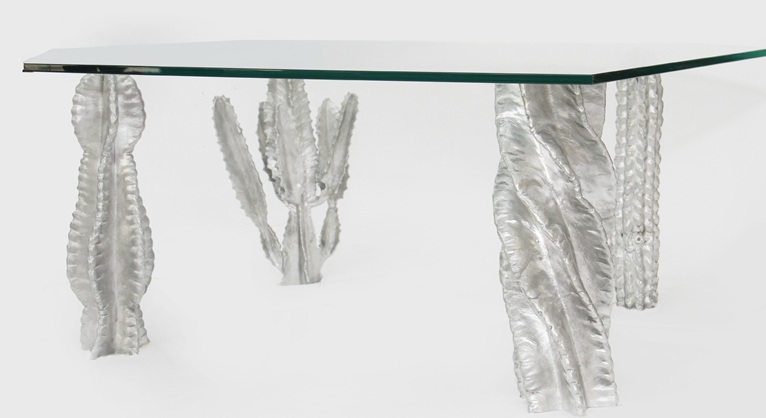