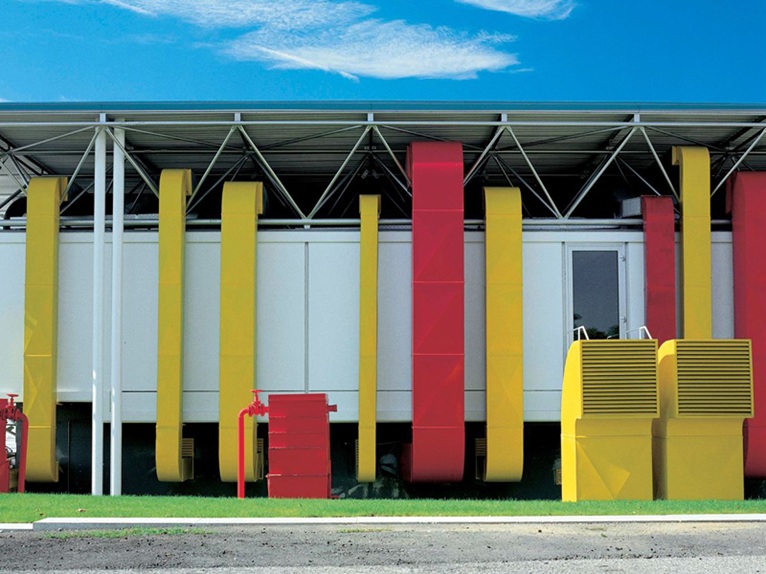 It's 40 years since the headquarters of B&B Italia of B&B Italia was constructed in Novedrate, Italy. Designed by Renzo Piano and Richard Rogers, at the time promising young talents looking for opportunities to show off their visions of architecture.
Designed in the same period as the Centre Georges Pompidou - the work that would thrust Piano and Rogers into the limelight of world architecture – the B&B Italia headquarters is also a kind of full-scale prototype of the construction conceptions of the “Beaubourg”, as the Pompidou centre is also called. 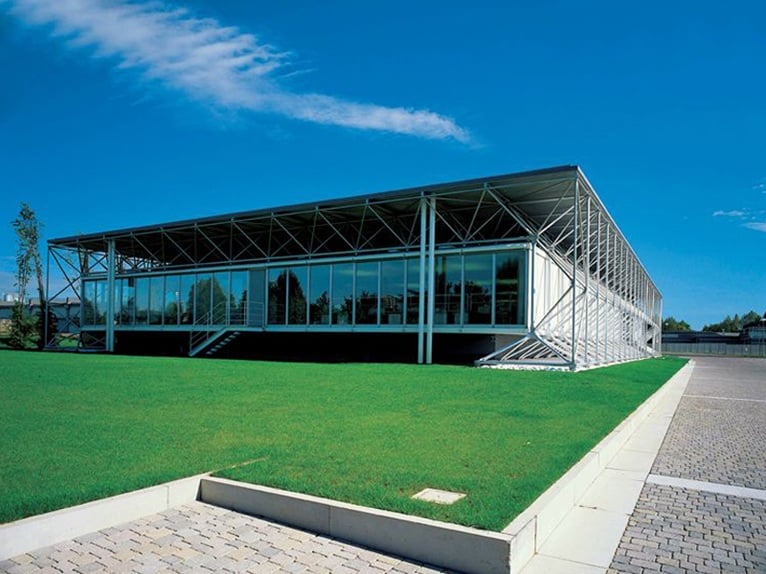 Even before the construction work on the large revolutionary Arts Centre in Paris began, Piano had the opportunity of testing his idea of a “suspended” living space on external steel pipe structures. This system permitted the use of large transparent vertical surfaces (the walls do not carry out any load-bearing function), while freeing the space itself at the same time (in order to increase their flexibility, their adaptation to the different living functions) and putting the operators and the building itself into a dialogue with the large outdoor space. 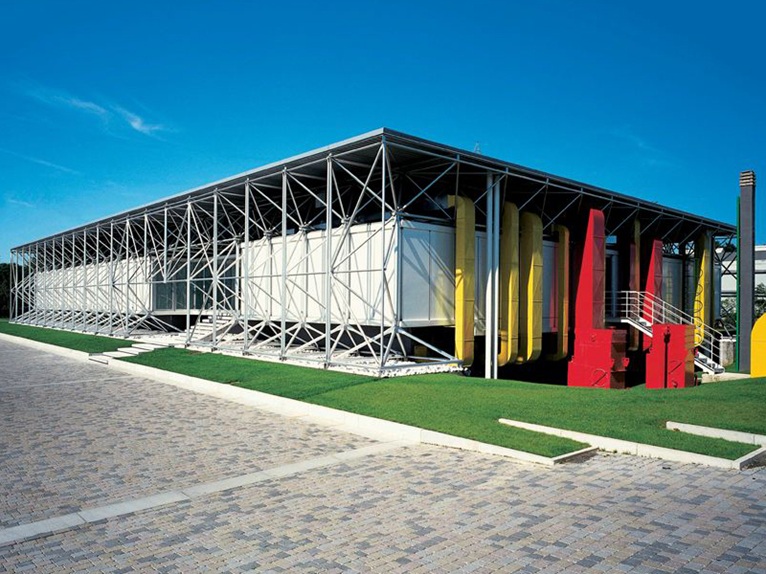 The headquarters of B&B Italia thus becomes a “manifesto” of the industrial business culture.
Piano, who was the project director for the Piano and Rogers office, clearly interpreted this new industrial culture, the prophet of what was to become the identity of the company of Busnelli, open to research and experimentation. 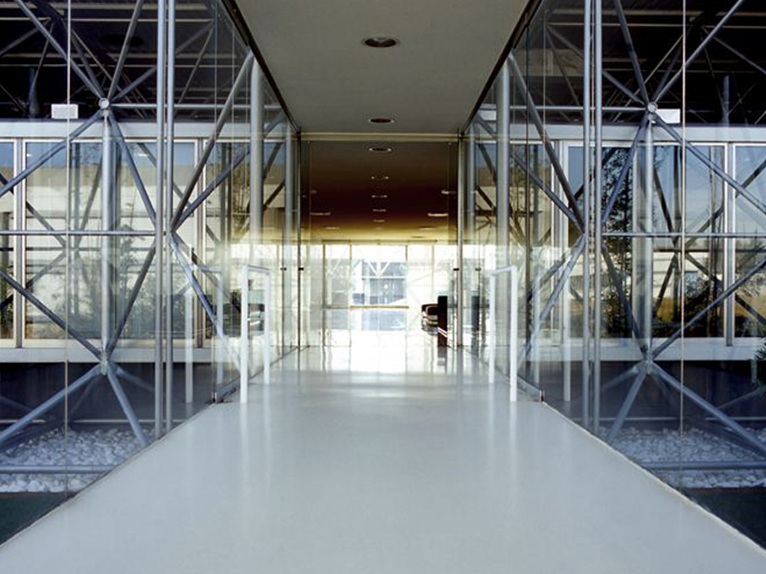 The architect was undoubtedly inspired by some basic principles of modernism - Le Corbusier's plan libre, the fluidity between interior and exterior space, the simplicity of the structural elements - but adds the technical advancement of metal construction: thus the true inhabited “container” seems to float inside the grid of the structures brought outside. 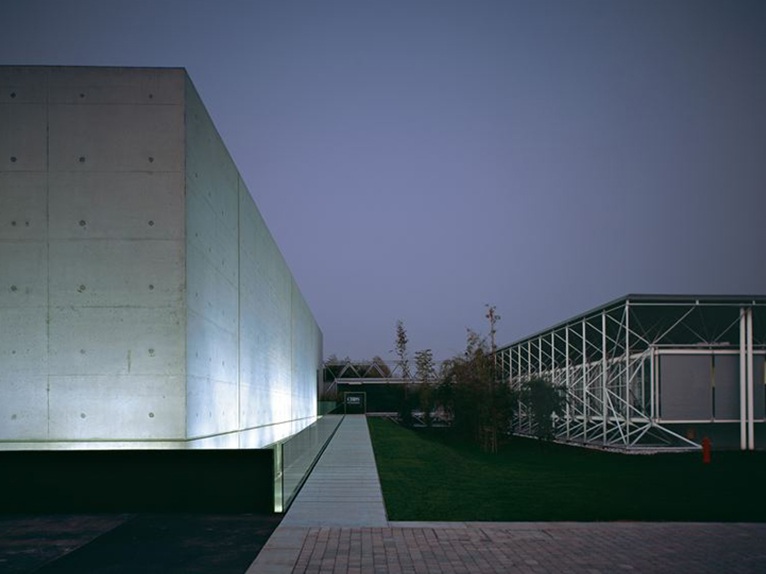 To underline the suspension of the living area, Piano created the access from the yard to the offices with a short cantilevered ramp and a passage from the offices to the existing factory (Afra and Tobia Scarpa, 1968), entirely glazed and also suspended in the air: a poetic gesture and drive toward the future, towards those possible physical extensions (like the R&D Centre by Antonio Citterio and Partners, 2002) of a design thought focussing on innovation, continuing the ideas of the founder and those of the second generation of B&B Italia entrepreneurs.