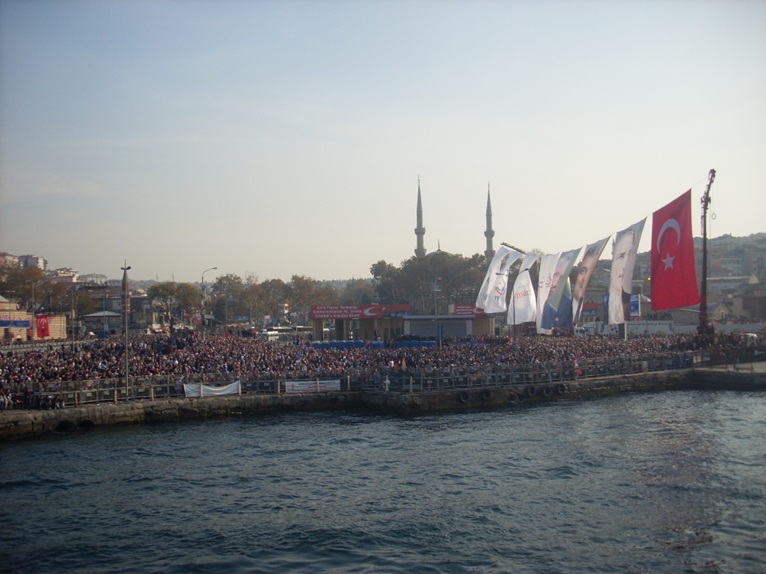 Istanbul 29th October 2013 - Ottoman Sultan Abdul Mecit first dreamt about linking the European and Asian parts of Istanbul with an underwater tunnel over 150 years ago. Indeed a French architect commissioned to realise his dream actually came up with a blueprint, although it was technologically unfeasible then. 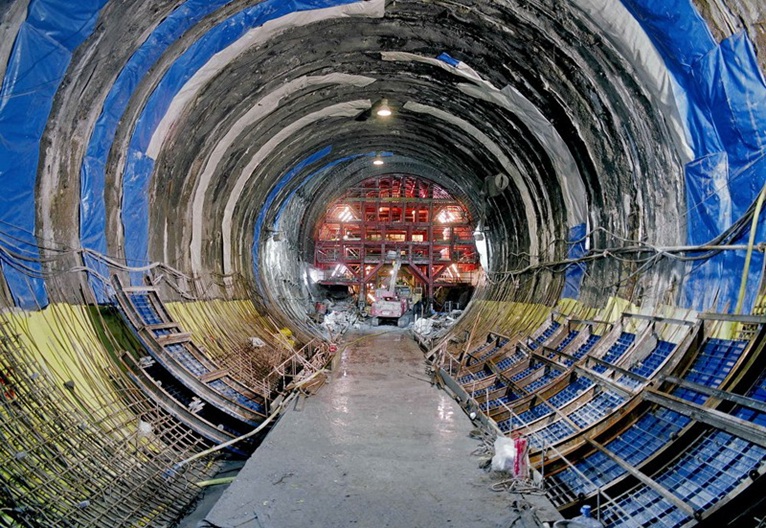 Yesterday, on the day marking the 90th anniversary of the Turkish Republic, his dream came true, although he was obviously not there to see it. The official opening was four years later than originally planned because in 2006 archaeologists uncovered a 4th-Century port where the railway hub was supposed to be! 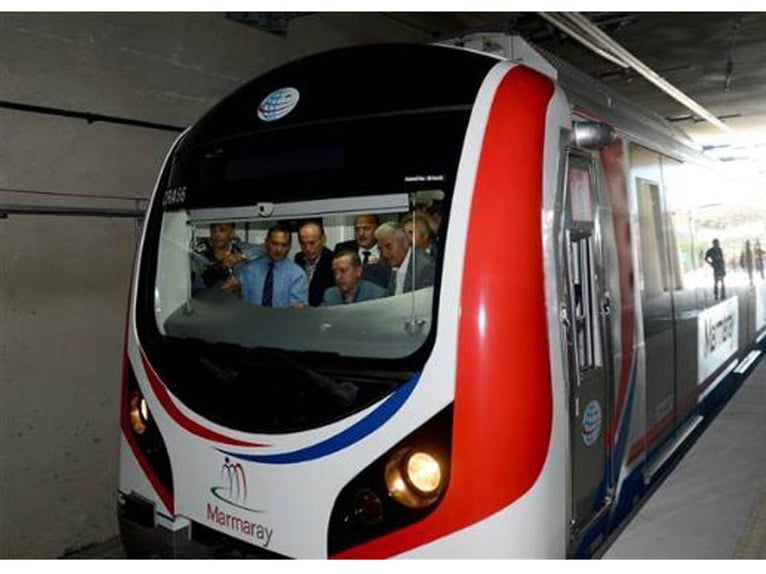 After the dress rehearsal in August when the Prime Minister Mr. Recep Tayyip Erdoğan drove a train from the Anatolian side of the tunnel to the European side, yesterday's grand opening officially inaugurated the 1.4 km long underwater section of the railway line. 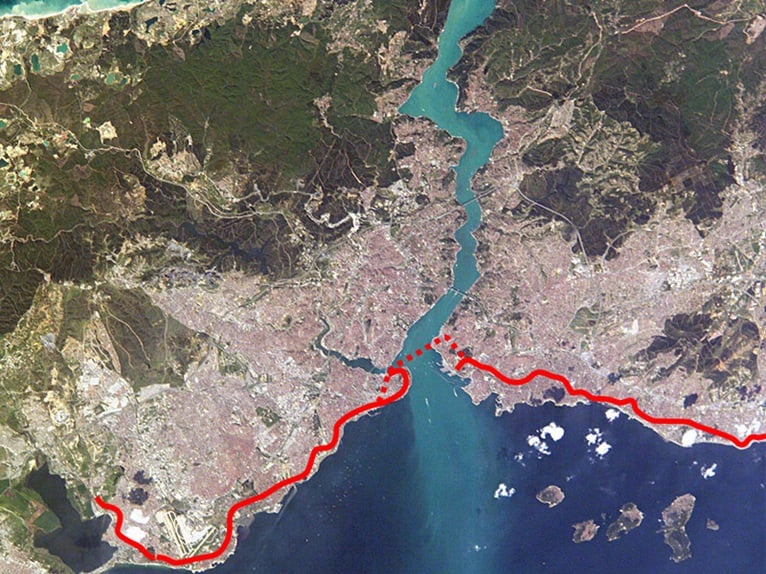 The tunnel is part of a project called the “Marmaray project”, whose name comes from a combination of the sea of Marmora, the inland sea which connects the Black Sea and the Aegean Sea, and “ray” which is Turkish for rail. The whole project of 76 km of railway line including 13.6 km of tunnels will cost in excess of $3 billion (financed to a great extent by the European Investment bank and the Japan International Cooperation Agency) and will eventually, in the words of the Mayor of İstanbul's Üsküdar district, “link London to Beijing”. 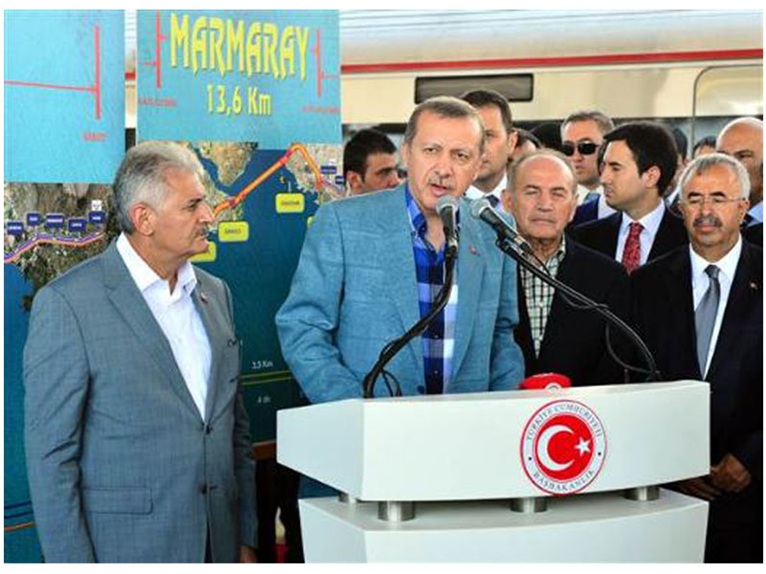 At yesterday's opening ceremony there were representatives from both major investors as well as dignitaries from a host of foreign countries. 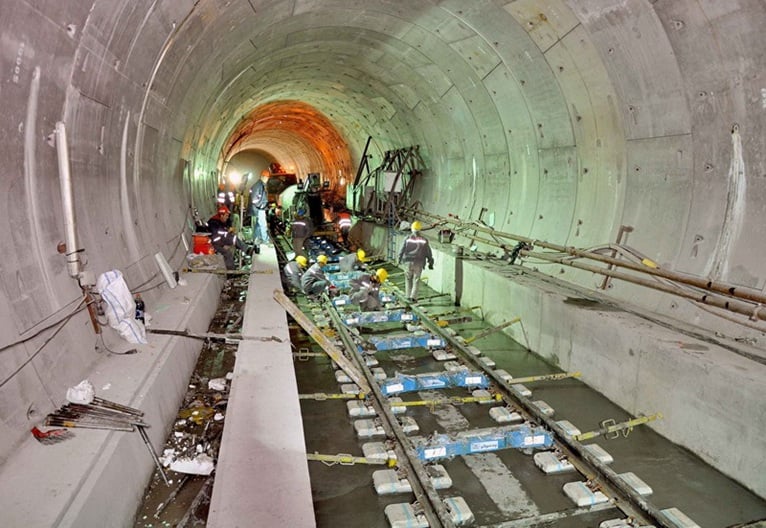 However, inevitably in such high profile and high costing engineering exploits, the project has also attracted criticism from many sides, with people calling it a political ploy by the Prime Minister Erdoğan, who has been instrumental in its construction, initially as Mayor of Istanbul and then as Prime Minister, to deflect the national and international attention from the internal problems which flared up earlier this year. 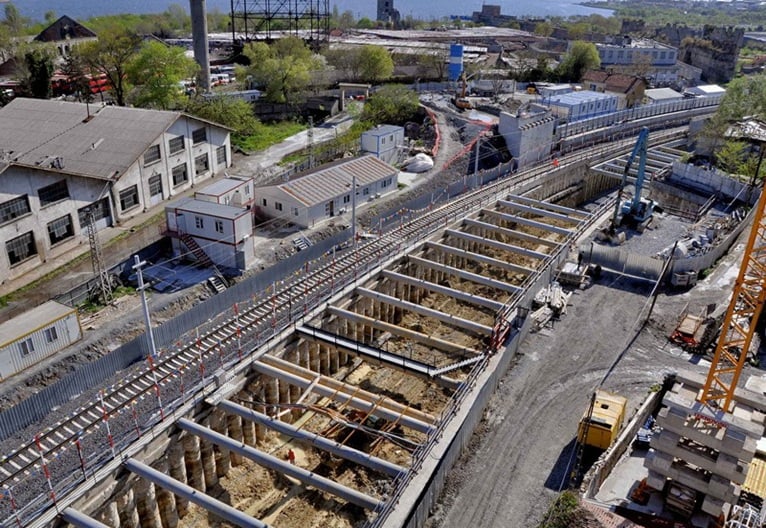 The idea of a political ploy was further fuelled by yesterday's somewhat rushed inauguration. The Prime Minister was obviously keen for the inauguration to take place on a highly symbolic day, the 90th Anniversary of the founding of the Turkish Republic by the nation's founding father Mustafa Kemal Atatürk. 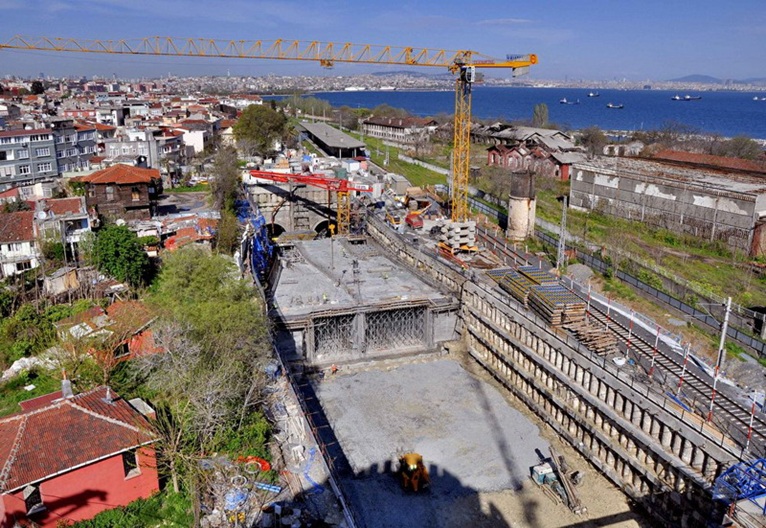 So the first official journey has been made, but the line is still a long way from being fully operational, indeed the intended 75,000 passengers per hour capacity is not expected to be reached until 2025 and for the moment the service will be severely limited. Another controversial aspect, which is still being debated, despite assurances given by the constructors, is the tunnel's resistence in the event of earthquakes. 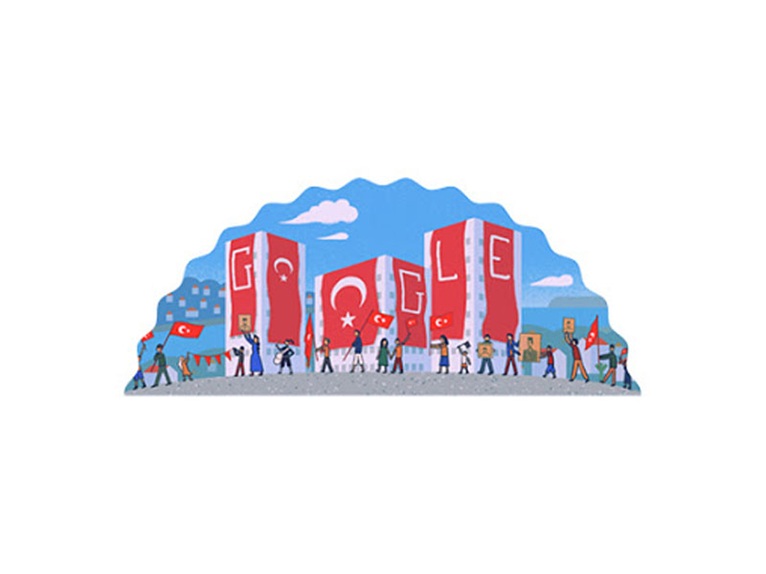 Anyway, for now lets leave aside the controversy and let the Prime Minister, the major investors and the people of Turkey and Istanbul in particular bask in the glory of having achieved what Ottoman Sultan Abdul Mecit dreamt of in 1860, somewhat ironically or appropriately whichever way you look at it on the anniversary of the day the name “Ottoman” was officially replaced by Turkey as the name of his country.