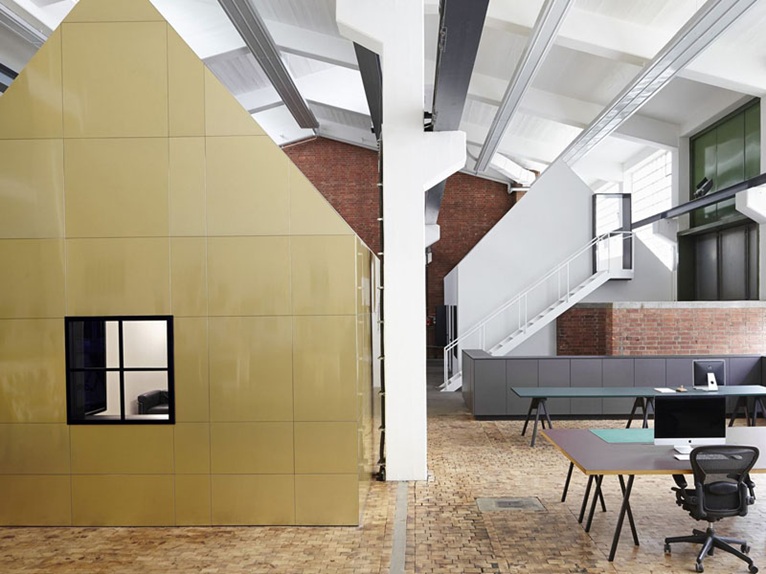 The bureau for visual communication and interior architecture and design Designliga has created the Halle A offices for about thirty employees of its own staff and of its strategic partner Form & Code in Hamburg, within an industrial complex dating back to the mid-twentieth century. 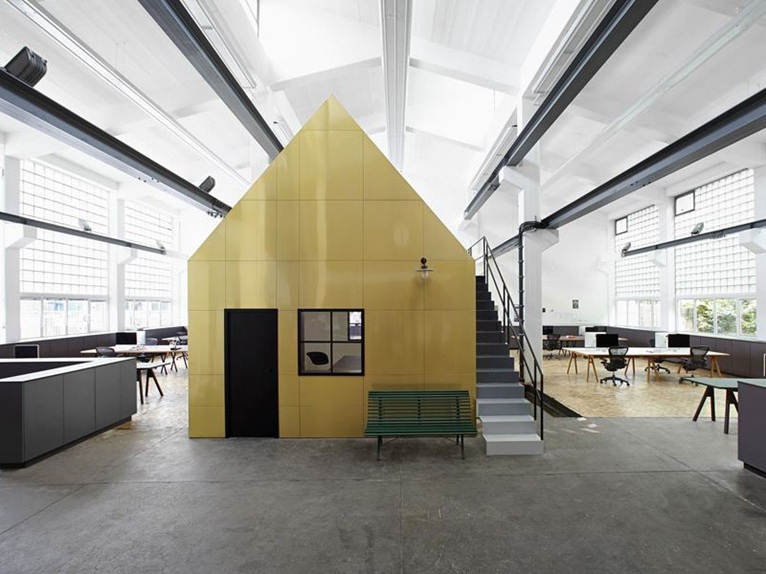 Within the 650 square meters, the space is organized around two “house-shaped” brass-finished volumes, which provide the most striking contrast with the industrial character of the original structure. 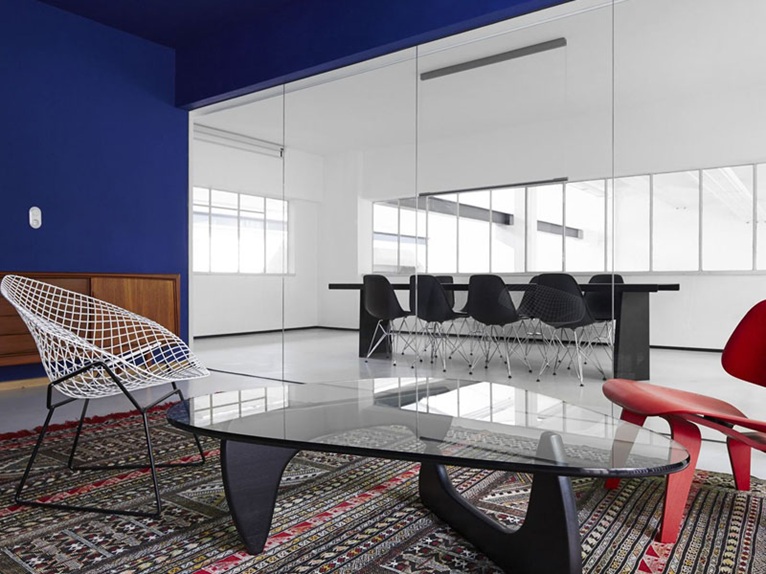 The two volumes, which cover two floors have been converted into meeting rooms, as well as a room for phone calls and meetings that require more privacy. 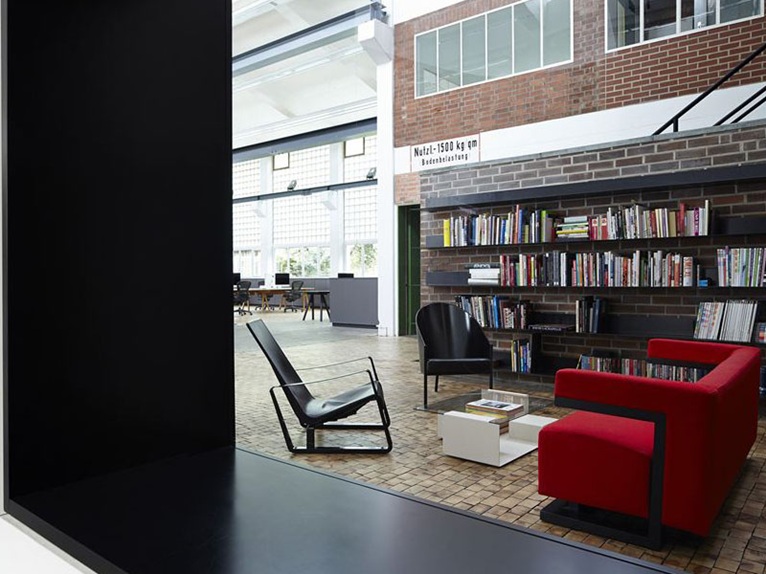 The area between the two houses has been called “village area” and is positioned at the intersection of the two axes that go from the entrance to the conference room and from the kitchen to the office area. The “square” becomes a space for relaxing with a reading area.

The floors, the brick partitions and the rails of the bridge cranes of this former industrial plant have undergone maintenance and been cleaned. 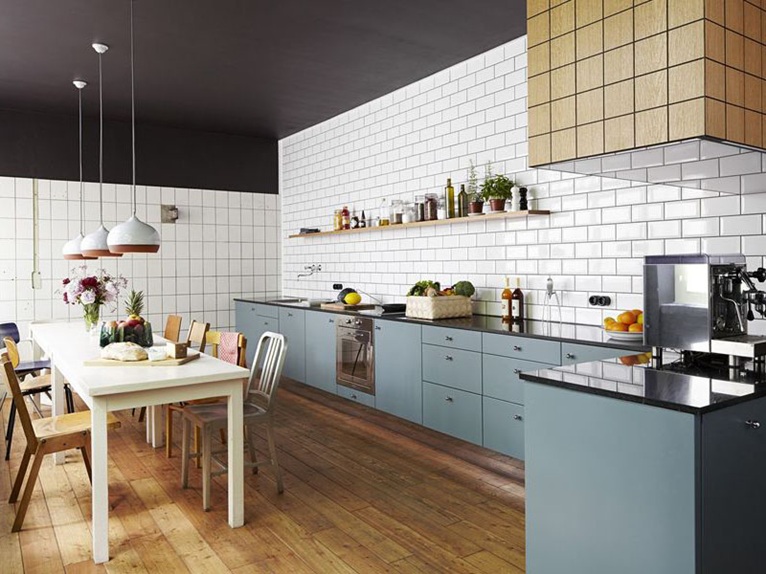 “We set out to create a space that immediately creates the desire to interact respectively with customers, colleagues or suppliers, and with the space itself” explains the CEO and the Creative Director Sasa Stanojčić and Christina Koepf, chief of the interior design project.