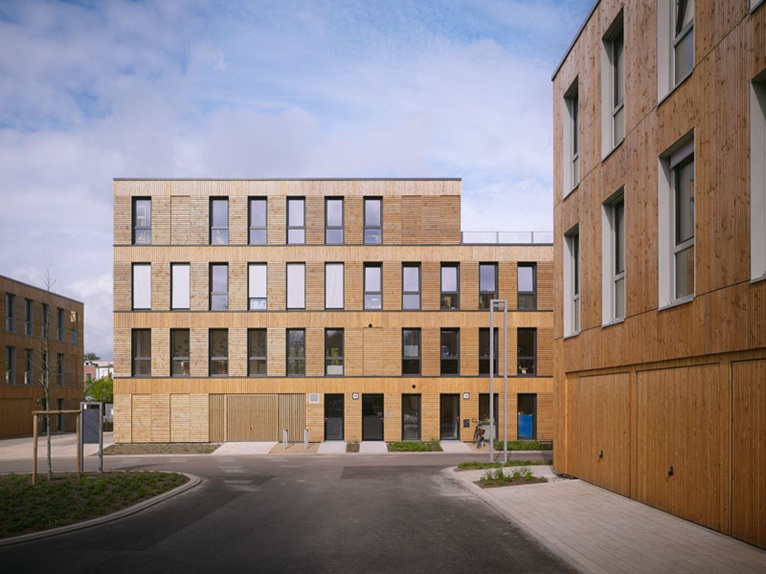 The housing complex in Hamburg, Neue Hamburger Terrassen designed by LAN Architecture (Local Architecture Network ) and promoted by IBA Hamburg was recently completed. The French architectural office won the international competition and were awarded the contract in 2008. 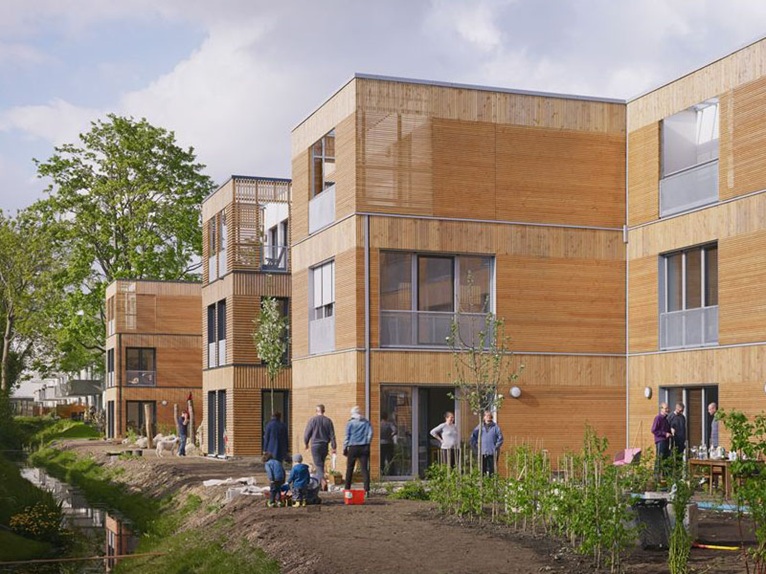 In 2009 a Baugruppen (development groups consisting of individuals who make their homes in a shared manner) consisting of approximately 30 houses divided into 4 blocks was created. The housing models are developed in a U-shape, which is the best solution for maintaining the intimacy of the residential blocks and improving the connection with the park located to the east. 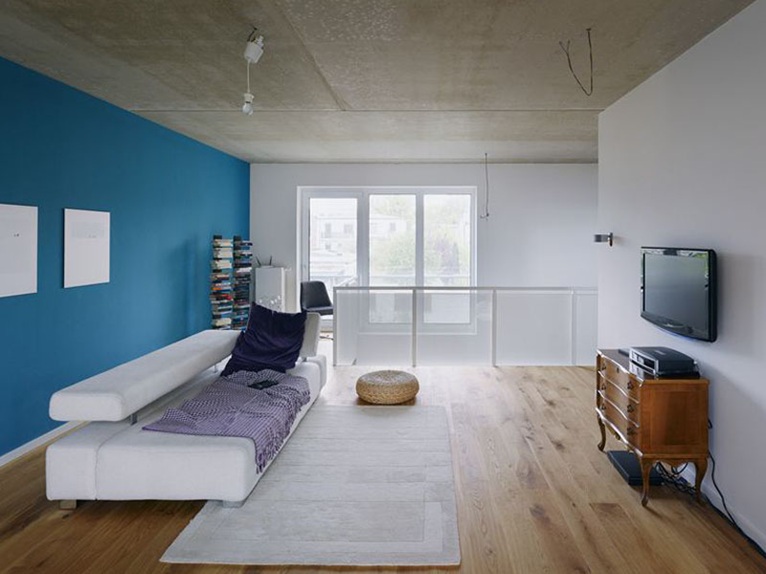 “This experience was very tiring but equally compelling because it allowed us to touch on the needs of the real users of our project and to give shape to their expectations” explains Umberto Napolitano founder, along with Benoît Jallon, of the architectural office. 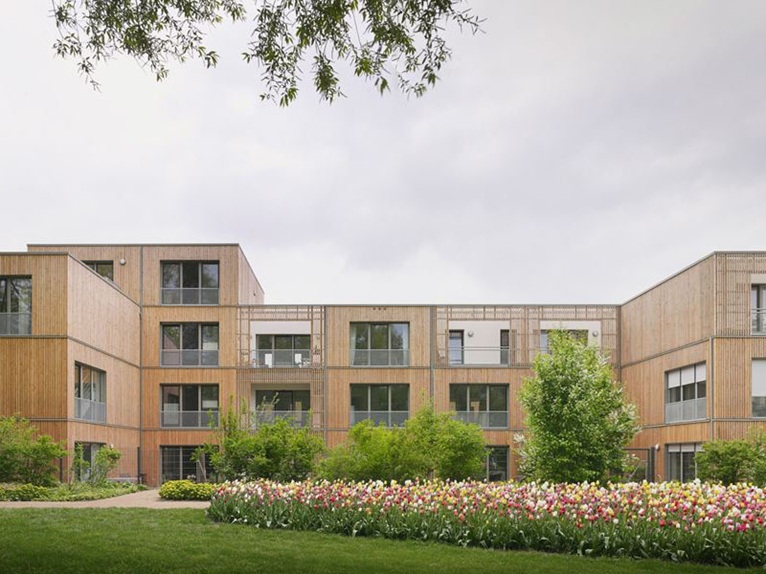 The building consists of a shell structure in concrete blocks covered by strips of wood. The pre-cast cladding panels combine the fir wood structure with textile elements protecting from solar radiation, the PVC window frames and the door frames.

Coinciding with the presentation of this latest project, the editorial office of Archilovers took the opportunity of asking some questions to the architect Napolitano. 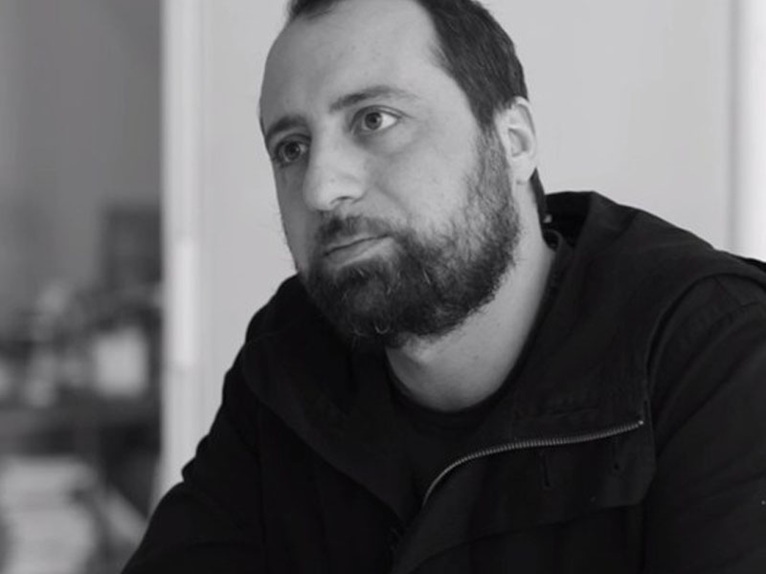 Why did you decide to move to France and to establish your own business there?

I moved to France for personal reasons around twenty years ago.
I studied in Paris at La Villette School of Architecture, working simultaneously with several offices. Having already begun my career at that time, it seemed logical to continue it.

What could Italy learn from France in terms of architecture?

I have never had experience in Italy, apart from some conferences or exhibitions which we took part in. I have a very vague idea of the Italian situation based on newspaper clippings and unverified information.
However, I get the impression that it is a difficult time for Italian architecture and I think that the origin of this condition is that there is no disciplinary or professional context, but the situation of a country whose culture and politics have been controlled by disturbing figures, manipulated media and hidden powers for too long.

Could you give us a preview of some future projects or those currently in progress?

Many projects of a mainly residential and public nature have entered the construction phase and we expect to complete most of these building sites over the next year.
At the end of the year we should be inaugurating the office building that is part of the masterplan drawn up by OMA for the city of Lille.
As for the future of the office, we are currently working on the transformation project of the Grand Palais in Paris: we were selected to participate in the competition, keep you fingers crossed for us.
In addition, to celebrate the office's tenth anniversary, we are working on publishing a book (TRACES ), in collaboration with the Spanish publisher ACTAR.