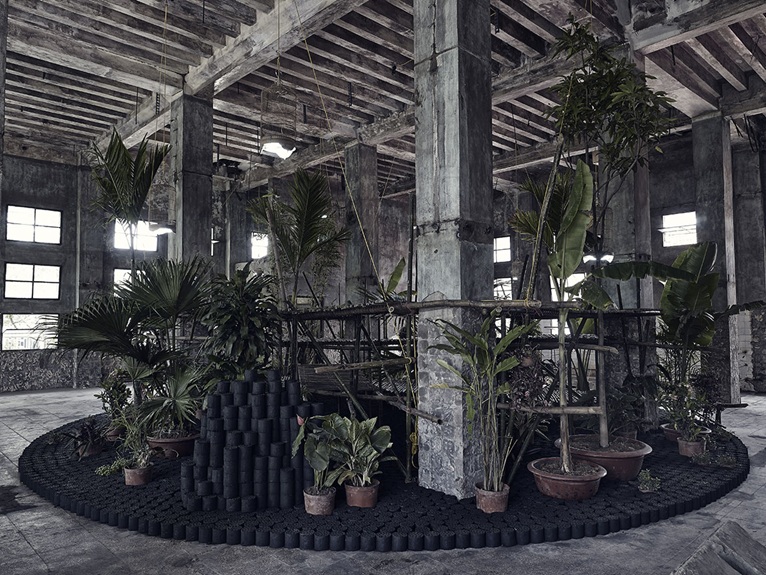 INSTALLATION _ The Garden is an installation designed by BUREAU A inside an emerging space within a factory from the Soviet era in Hanoi.

The space, well located at the border of the old French neighbourhood, near the Opera House is an ancient penicillin factory. Invested mainly by artists, fashion designers and creative people of all kinds, the spaces inside the factory provide a new cultural dynamic to young Hanoi.

The initiative arises from Duc Nguyen Qui, an American Vietnamese writer and journalist and artist who’s decided to get involved in a more subtle and alternative culture than the upcoming mainstream culture that has recently invaded Hanoi. His project, the Tadioto is a café, bar and gallery hosting a diversity of intimate and qualitative cultural events. 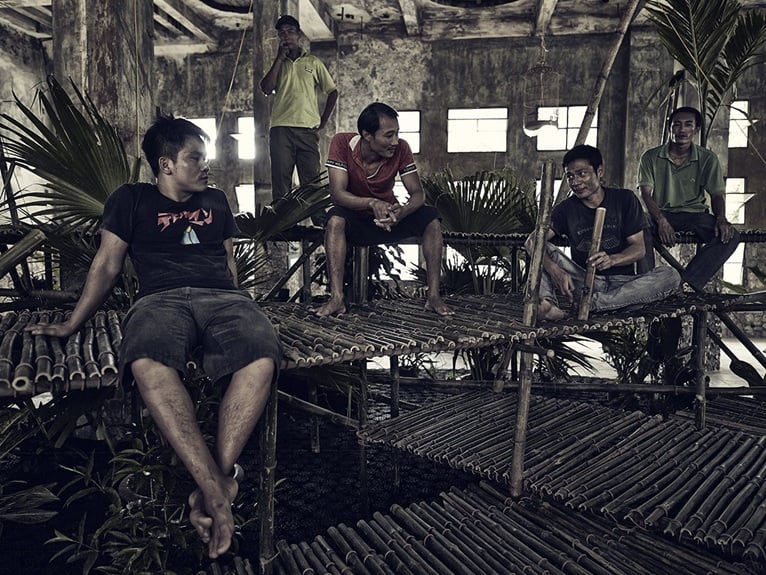 The installation site was transformed into a real living workshop, taken the cadence of the whole factory, participating to the noise, smell and dynamic of a never-ending construction site. During the weeks of the construction of The Garden the whole factory has been turned upside down: new boutiques, bars and trendy cafes have literally popped up from one day to the next. Maybe the original spirit of the lieu has started to lose its essence or atmosphere to become already a more stereotyped kind of space.

With the help of some local workers and small team from BUREAU A The Garden was built. It is a temporary installation which aim is to be a sort of “tropical forum”. The history of gardens has taught us the importance of the gardens when it comes to places for meditation, debate and intimate thinking. 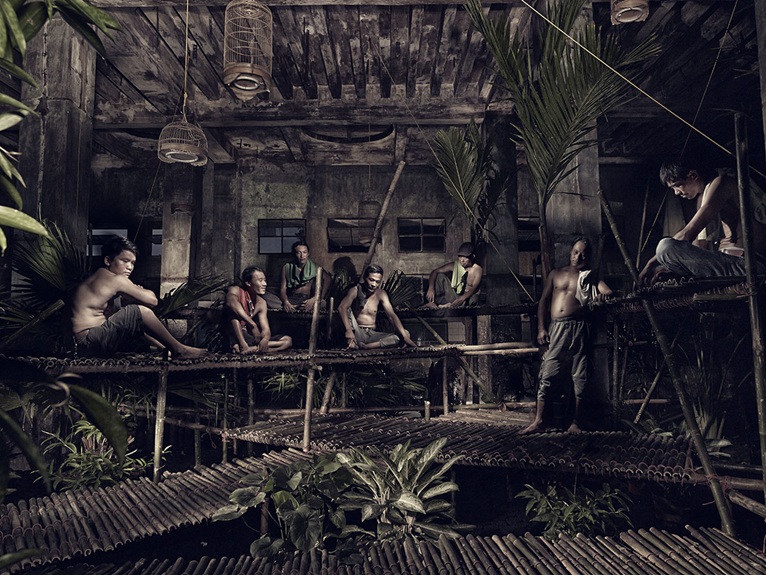 The Garden was conceived and built as a platform and object at the same time which was “thrown” into this industrial atmosphere as a support for discussions. Thought as an island in the factory hall, it uses locally found simple materials: bamboo, autochthonous plants and a carpet of 6500 charcoal bricks very commonly used as a street cooking fire. On the other hand, this idea of a miniature world of itself came from the observation of the magnificent collection of Bonsais at the Hanoi History Museum. Not only the Bonsais themselves are quite intriguing in form and complexity, but also the beautiful craft of their stone basis and pots was a source of interest when thinking about our project in Tadioto. 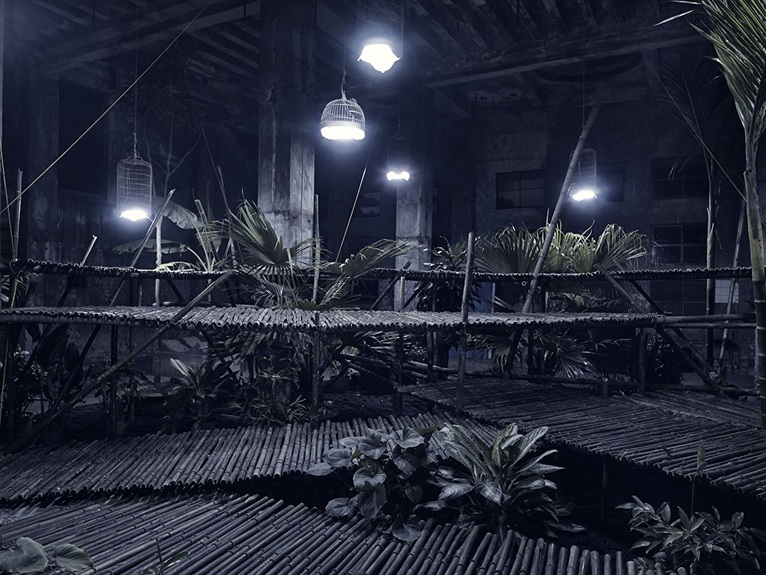 The last part of the project was to construct a social and cultural event. With the help and partnership of a number of designers from different parts of the world (parallel lab from Hong Kong, Archiplein from Shanghai and Geneva, Pierre Cauderay from Switzerland, Nourah al Sayeh from Bahrein and Alba Zamarbide from Japan) a series of 7 lectures were held in the space gathering people from everywhere and producing a performative event. A workshop directed by parallel lab was also held during 10 days with students of the Hong Kong Polythecnical School of Design.