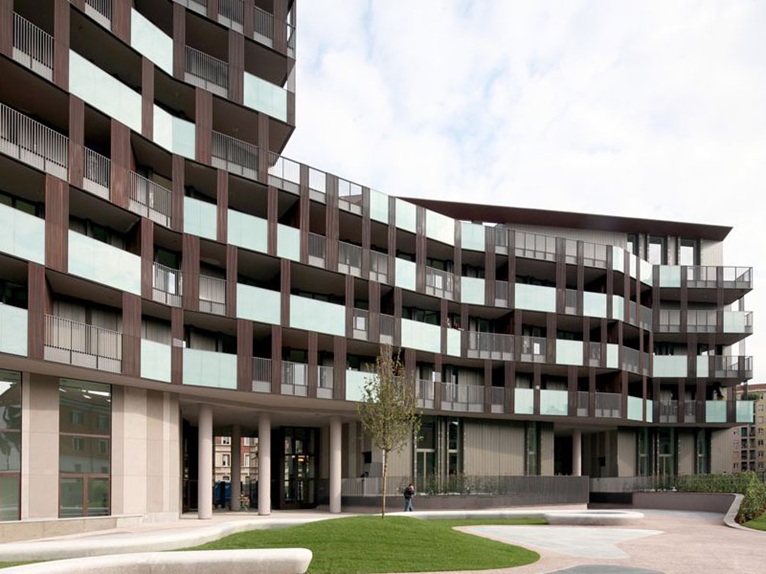 Last weekend 'La Corte verde di Corso Como' in Milan was officially opened with an open-weekend. The new residential complex in the area of Porta Nuova, promoted by Hines Italia and designed by CZA - Cino Zucchi Architetti, represents a small, but important piece in the urban metamorphosis taking place in one of the most important parts of the new Milan. 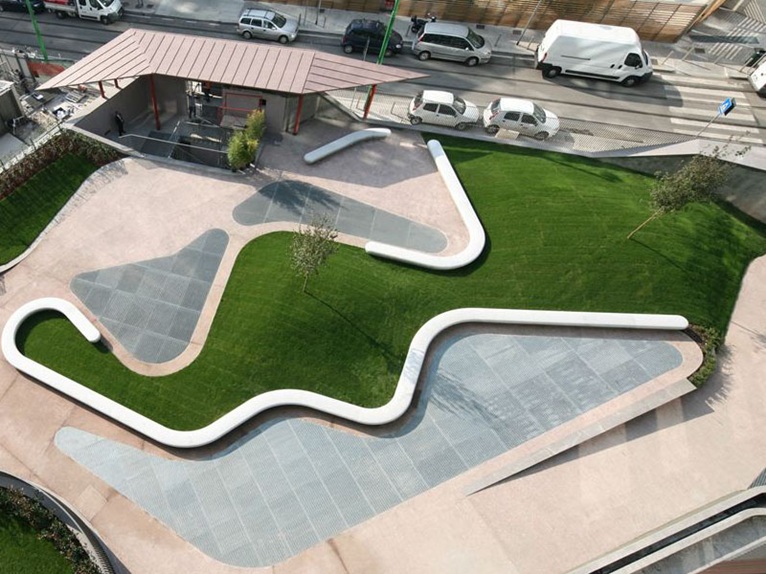 Its location makes it an element of transition between the new high volumes to the north and the existing urban fabric in the south. The transverse dimension of the lot and its trapezoidal shape made it difficult to restore building volumes along its perimeter. It was, therefore, chosen to place the building volumes on the east side overlooking the large and green via Viganò, while the west side on via Rosales is defined by a low wall that borders the garden and a canopy that protects the driveway to underground parking lots and their stair block. 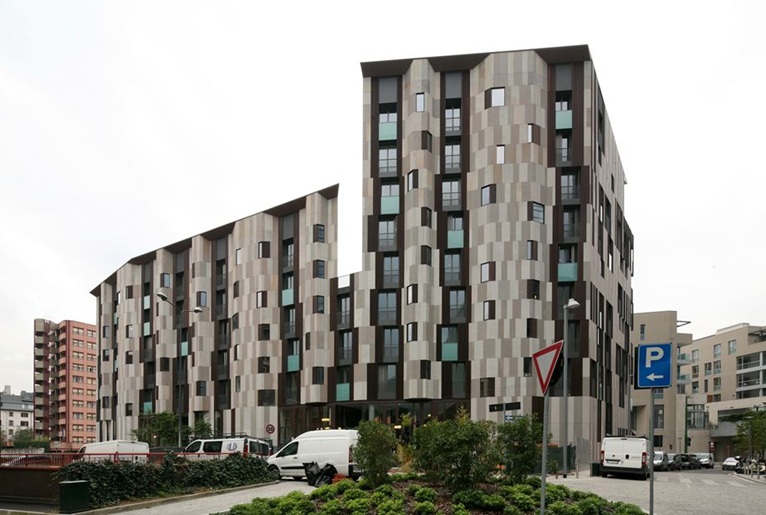 Two other building volumes designed by CZA for another owner will complete the southern edge of the area, giving rise to a “porous” block, consisting of buildings of different height and clustered around the large central garden. A geometric inflection of the highest volume to the north connects via Viganò with the staircase giving access to the new circular plaza embraced by the building complex of the Unicredit Tower; the lowest volume to the south interacts with the existing houses on the other side of Via Viganò, taking on the height and street alignment. 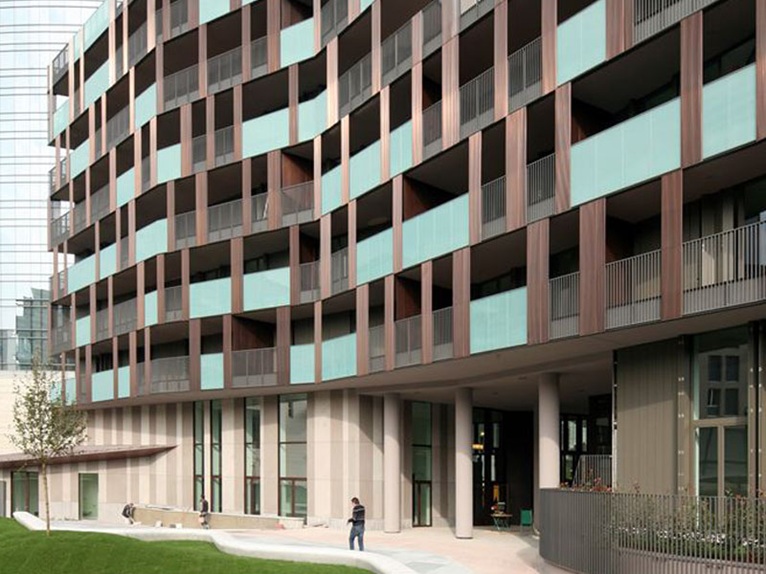 The new residential complex has two access points: two entrance galleries on via Viganò create long views from the street into the garden and lead to the large glazed atriums and to the vertical circulation blocks; an entrance lodge on the North-West projects out from the main building volume embracing the garden and creating a covered path which flanks it.

The two sides of the building present strongly differentiated architectural features in relation to the interiors and the location in the city and their sun orientation. The east front on Via Viganò, on which the bedrooms, the stairwells and bathrooms are located, is characterized by a broken profile with alternating protrusions in the form of “bow windows” and high piles of floor to ceiling windows; the west side, where the living areas open onto large continuous terraces, creates a long screen overlooking the garden. On the upper floors, the inward stepping profile creates large hanging gardens on the upper floors overlooked by two-floor apartments. 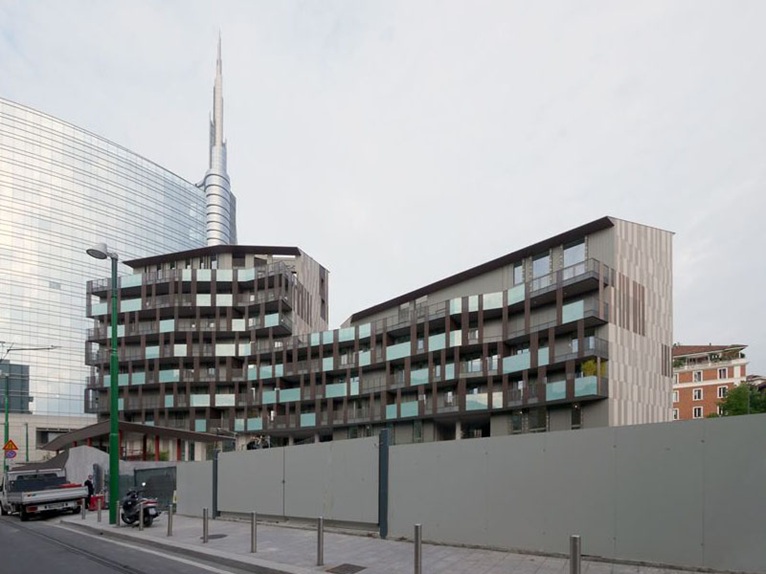 The different materials and textures of the façades - plaster, Indian stone in two alternated finishes, bases in porphyry slabs, wooden doors and windows and painted metal, perforated sheets of natural copper, painted steel railings and sandblasted glass - are unified by a colour palette in warm grey shades, which, along with the jutting single gable profile recalls the historical context of the city, without any direct quotation of its stylistic features.

In this sense, the new building, rather than mimicking the language of the existing city, represents an “abstract” re-reading, which creates an effective transition between the new complex of Porta Nuova and the building fabric around Corso Como.