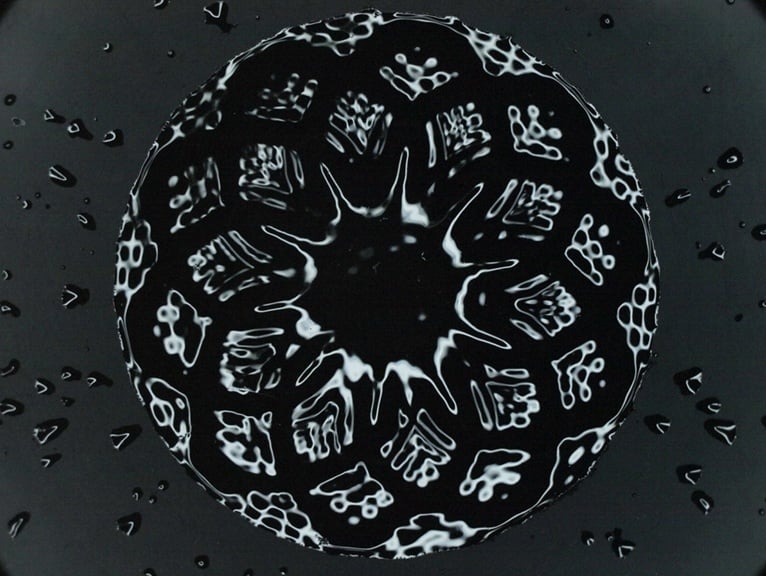 ARCHITECTURE_  Based in London, Tanya Harris is a multidisciplinary textile designer. She is currently finishing her MA in Textile Futures at Central Saint Martins where she is employing cymatics; the study of geometric patterns created by sound vibrations, to explore the relationship between sound and form.

"I employed the architecture of Nicholas Hawksmoor as an instrument to explore the relationship between sound and form. Sound is the vibration of molecules within any medium. It is a creative force that holds the physical world in form. To explore this concept, I recorded the resonant frequencies of four Hawksmoor churches." 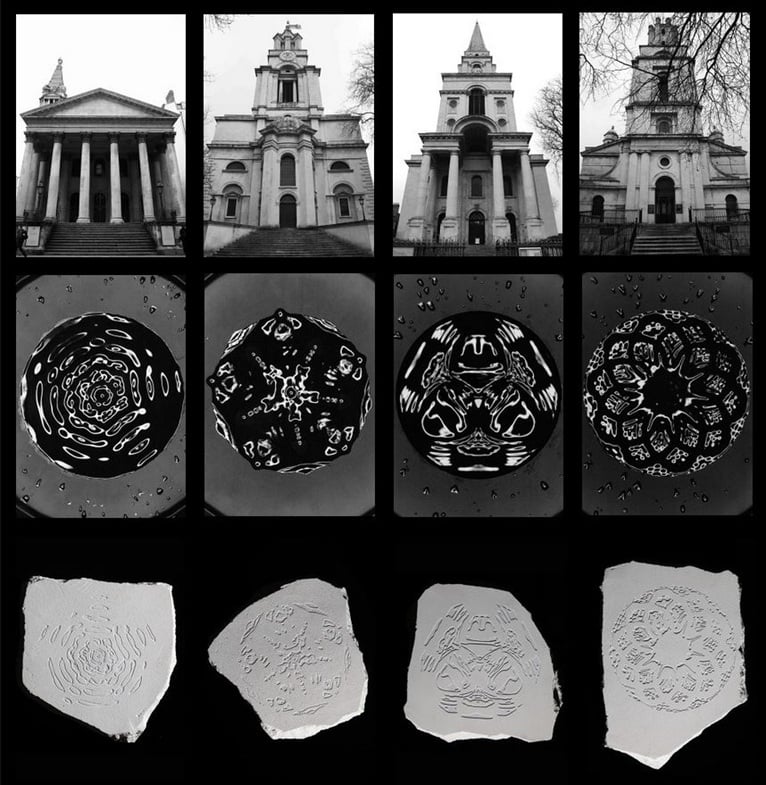 "The concept of architecture as frozen music and music is liquid architecture, first formulated by Goethe in the XIX century, encapsulates the essence of this project. It describes how music and architecture employ the golden ratio; the geometric blueprint evident throughout nature, to express harmony." 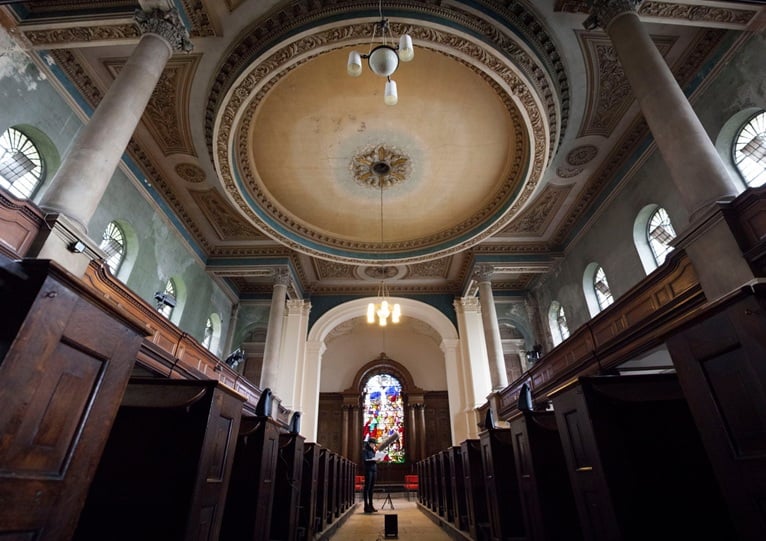 "The study of cymatics reveals that sound vibrations excite matter in geometric forms, which coincide with the golden ratio. By placing water inside a loudspeaker, I discovered the hidden geometry of these resonant frequencies, hence translating sound into liquid architecture. I engraved these sound glyphs onto stone tablets, in an attempt to freeze the music of architecture onto the very stone used to construct Hawksmoor’s buildings. This project aims to provoke new insights into the subtle vibrations through which all life manifests itself."