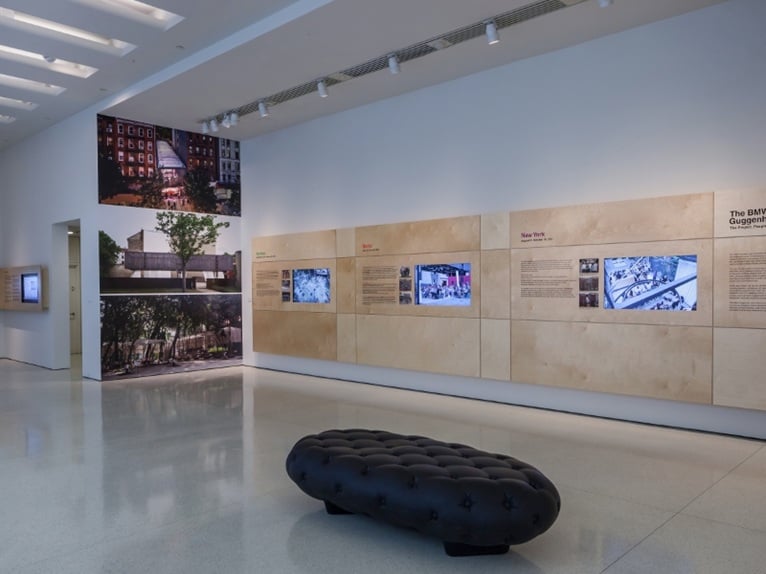 Tokyo architects Atelier Bow-Wow, working with local architects to design the pavilions where all the activites have been housed.

“Rather than architects educating the public on how to behave within spaces, it is the public who should have the autonomy of spatial practice in their cities,” stated Yoshiharu Tsukamoto and Momoyo Kaijima of Atelier Bow-Wow “We have always been advocates of people regaining ownership in order to shape the city around them. We always conceived the Lab as a public space without enclosure.”

To sum up the major themes and ideas that emerged during this two-year global journey, the Guggenheim Museum presents the exhibition Participatory City: 100 Urban Trends from the BMW Guggenheim Lab, on view until January 5, 2014. 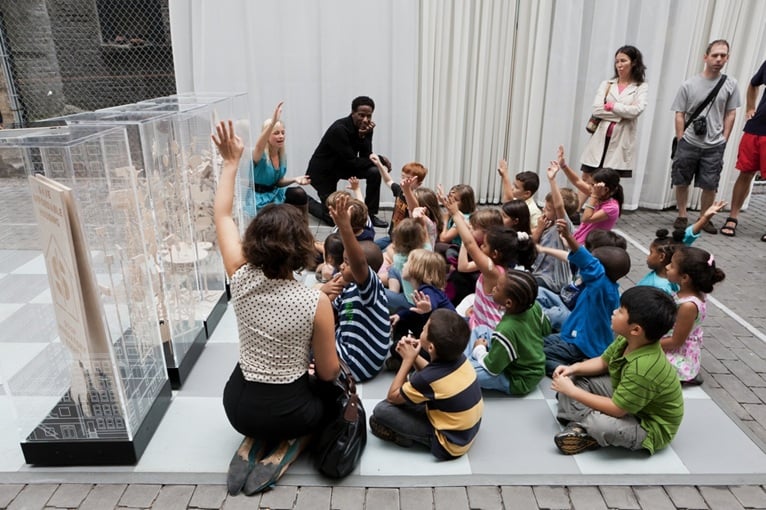 “The Guggenheim is proud of the extraordinary achievements of the BMW Guggenheim Lab and the multitude of ideas and conversations it has inspired,” stated Richard Armstrong, Director of the Solomon R. Guggenheim Museum and Foundation “Thanks to the BMW Group’s support and collaboration, the Lab has allowed us to go far beyond our walls and into the heart of cities, stimulating a broad and ongoing dialogue about urban life. It has attracted tens of thousands of
enthusiastic participants, on-site and online, and has been recognized by the United Nations as an exemplary project. With this special exhibition at the Guggenheim in New York, we celebrate the learnings of the Lab along with new insights from
contributors around the world.” 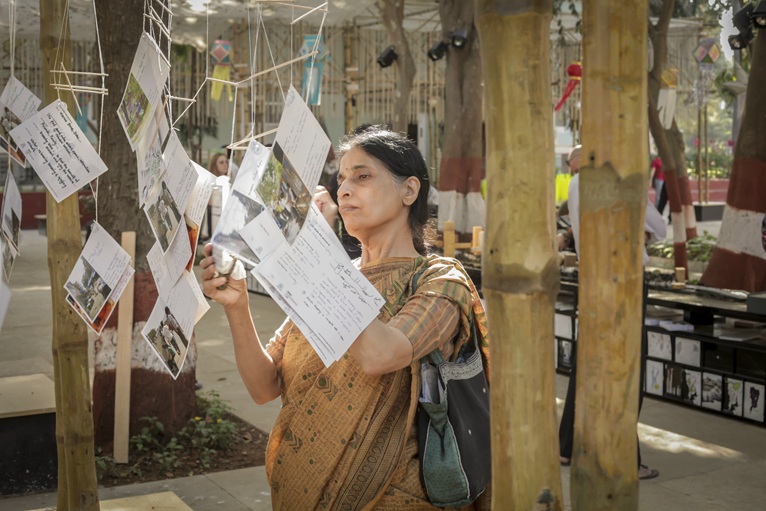 Participatory City features 100 of the key trends published in the New York, Berlin, and Mumbai editions of 100 Urban Trends: A Glossary of Ideas from the BMW Guggenheim Lab, each illustrated by contributions from a global roster of architects,
academics, designers, and artists, as well as Lab programs and projects. The exhibition will represent the trends in an exclusively digital installation through drawings, sketches, short videos, and renderings. 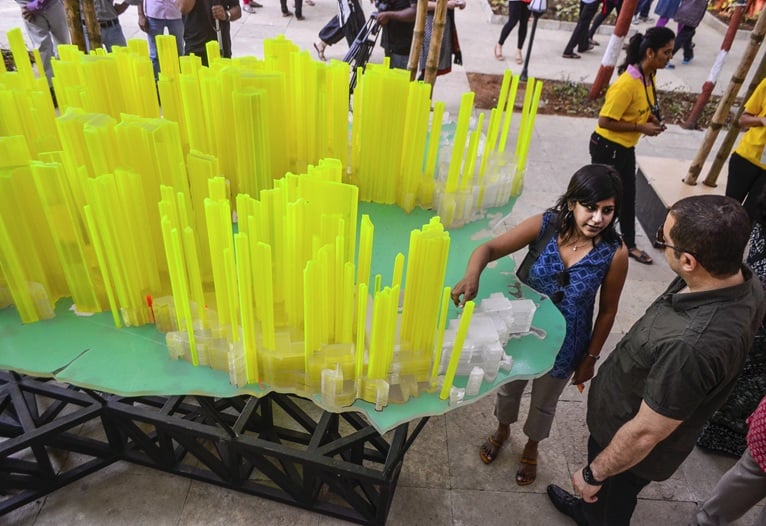 “The exhibition presents innovative visions for cities and the use of public space based on the ideas that emerged in New York, Berlin, and Mumbai,” said Maria Nicanor, Curator of the BMW Guggenheim Lab and Associate Curator, Architecture “We are excited to highlight new perspectives from emerging and established talents who are rethinking and reshaping urban environments around the world. As the Lab returns to New York with this presentation, we hope to further engage the
public in our global conversation about what cities are, and what they can be.” 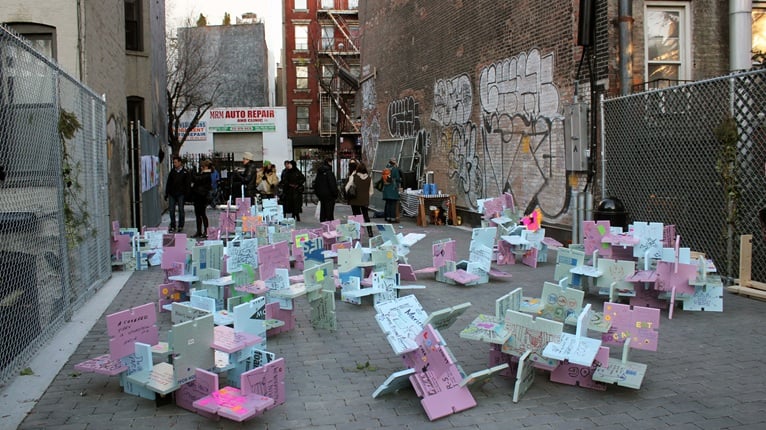 Participatory City also will showcase the Lab’s architects, graphic designers, and Lab Team members, and a selection of contributors who helped bring the Lab to life on three continents.
The exhibition will be accompanied by a series of public programs exploring architecture, urbanism, and the ways in which people interact with cities and public space.