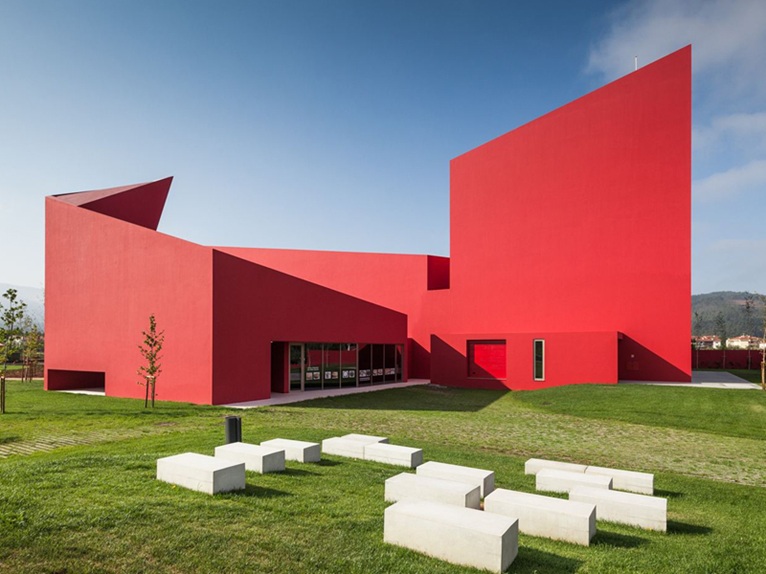 The Casa das Artes in Miranda do Corvo, Portugal, is a project by the architectural office FAT - Future architecture thinking. Inaugurated this year, it is the expression of the meeting between two identities, a rural and an urban one, in a typical mountain landscape. The building uses a contemporary expressive language also in terms of volume.

The sloping roofs, like the town roofs, establish a 'dialogue' with the skyline of the surrounding mountain scenery. The dynamism, granted by the continuity between the façades and roof, is accentuated by a strong red colour, which emphasizes the project and makes it stand out from the surrounding vegetation. 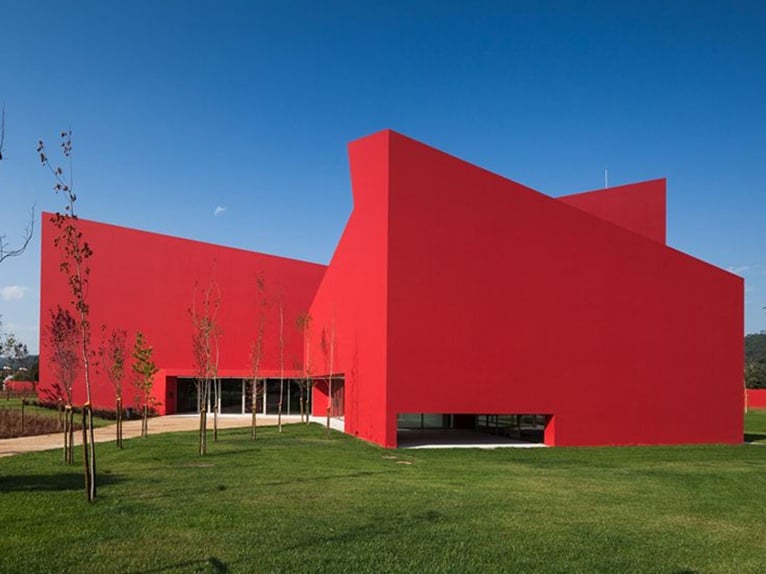 More than a building, the Casa das Artes proposes itself as an iconic landmark that celebrates the place where people come together to find art and culture, a space that can promote and encourage creative activity, improving the population's quality of life.

The project has been designed by creating versatile spaces that are technically suited to the different types of events, in order to 'serve' all segments of the population. 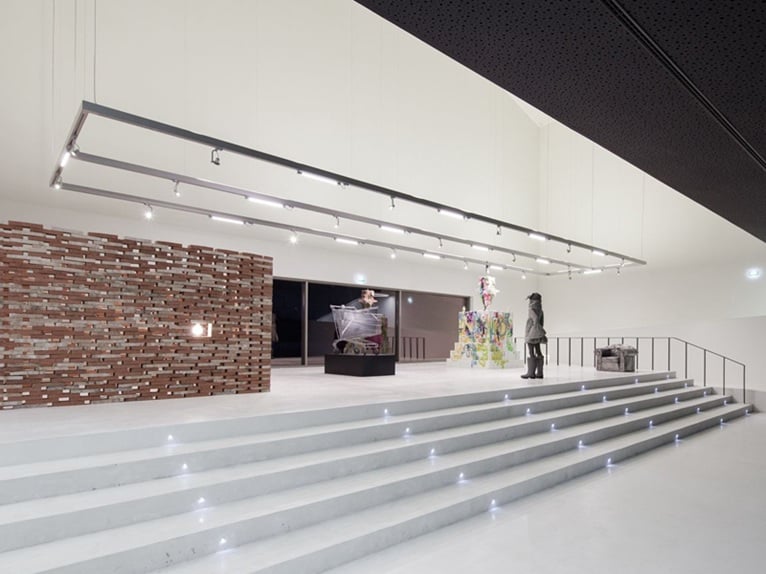 The building consists of three volumes, each one an expression of a different type of function performed inside: the first houses the 'scene' areas, the second spaces for the public and the foyer area, the third is a visually independent volume, a café and a future museum space. 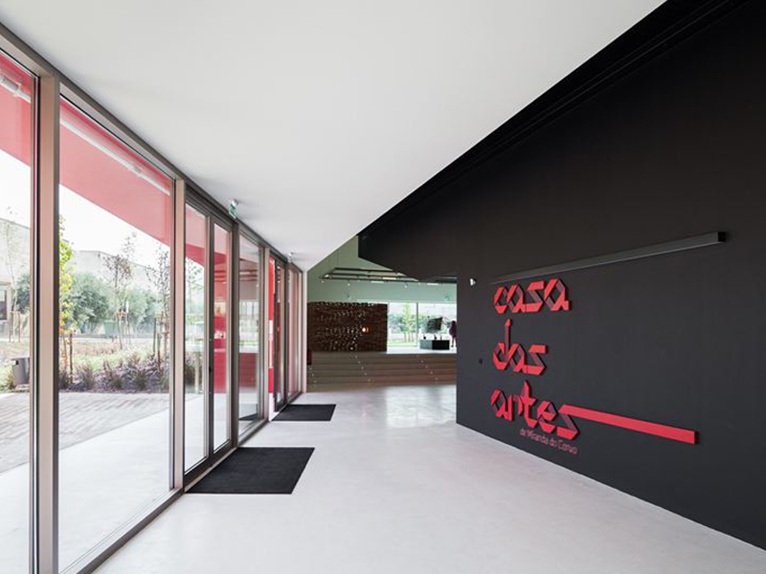 The main entrance is through the foyer. From this space, which can function as an exhibition space divided into two by a small flight of stairs, two paths set off to the auditorium for 300 people, with a motorized orchestra pit and six technical levels, suitably equipped to carry out theatre shows, operas, concerts, conferences or lectures.