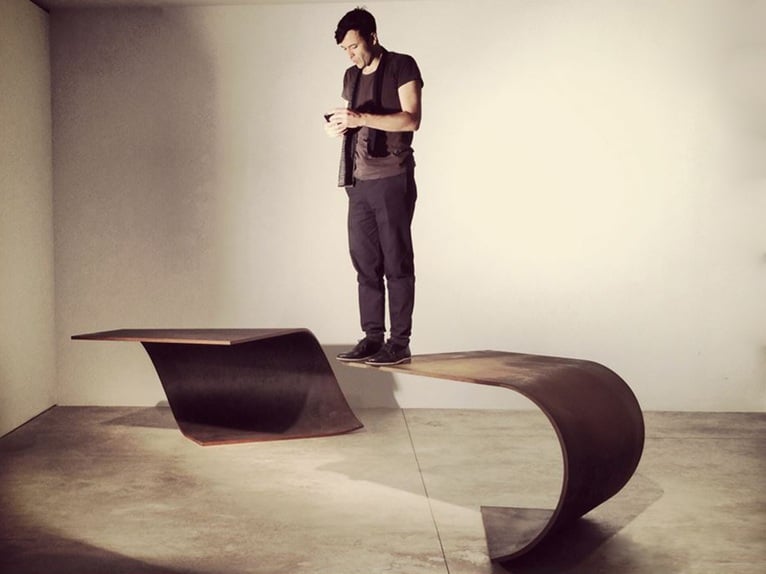 DESIGN_London-based Paul Cocksedge Studio™ is the internationally acclaimed design practice of directors Paul Cocksedge and Joana Pinho,  well-known for their thoroughly original and innovative design, underpinned by research into the limits of technology, materials and manufacturing processes.

At the heart of the practice is the symbiosis between Paul’s dynamic creativity and Joana’s strategic leadership. Surrounded by a dedicated team of specialists, they are capable of delivering highly innovative and varied design across a wide range of business contexts, moving effortlessly between tightly budgeted commercial projects and naturally evolving experimental work.

From 12 September to 12 October 2013 the Friedman Benda galley in New York  presents Paul Cocksedge: Capture, the British designer's solo exhibition that  introduces new works developed by Cocksedge in wich he pushs the mediums of light and structure: a large-scale light installation, a collection of dramatic, seemingly impossible, hand-wrought dome lamps and Poised, a series of unyielding steel tables inspired by the delicacy of paper. 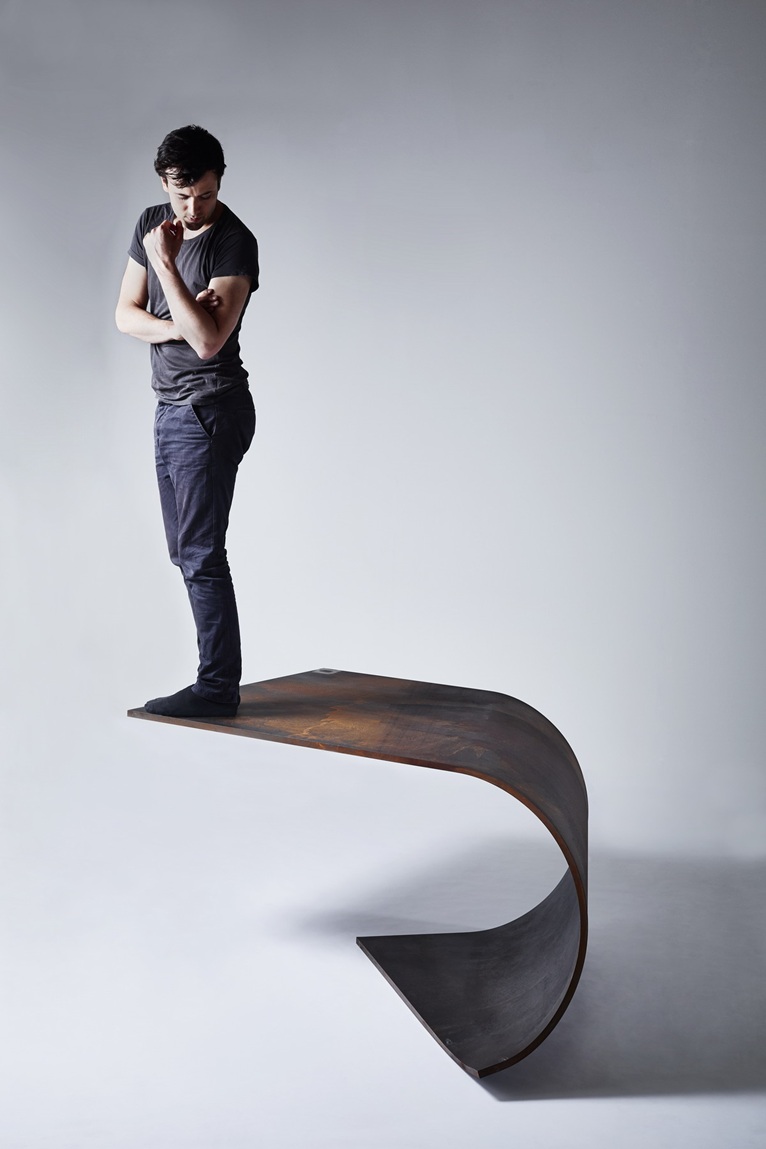 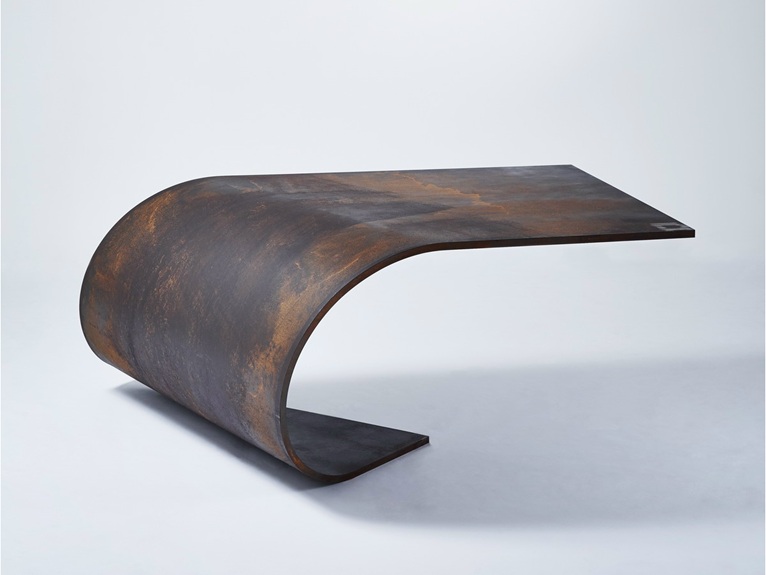 'Poised' is inspired by the grace and suppleness of paper. It began with the idea of rolling a sheet of steel to a point just short of where it could not actually exist as a table; it would simply topple. But the simple idea led to an intensive process of calculations regarding central gravity, mass and equilibrium. "Poised" achieves an improbably degree of balance and precision: one millimeter's horisontal deviance in any direction and the balance would be lost.

Half a ton in weight, the steel table appears improbable upon investigation. Created following an intensive series of calculations regarding gravity, mass, and equilibrium, the table looks as though it is about to fall, but is perfectly weighted and stable. 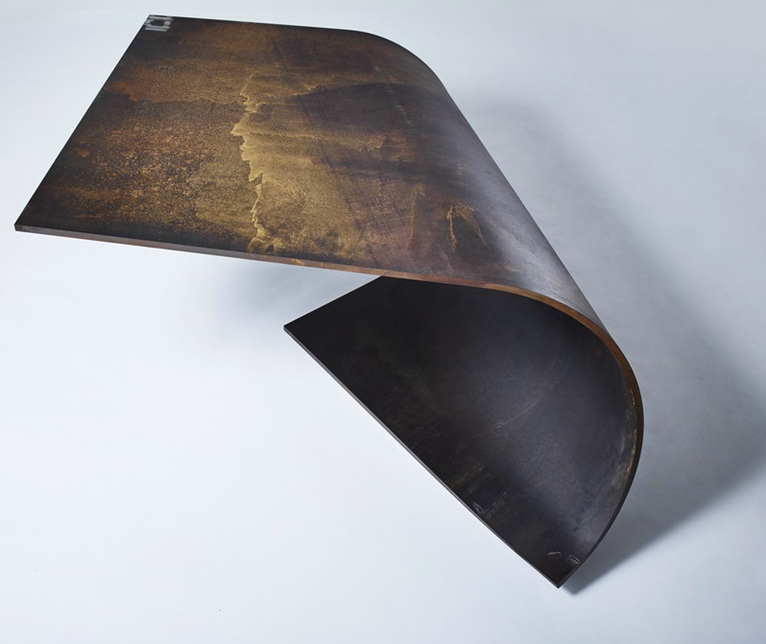 Half a ton in weight, the table looks as though it is about to fall, but is perfectly weighted and stable.