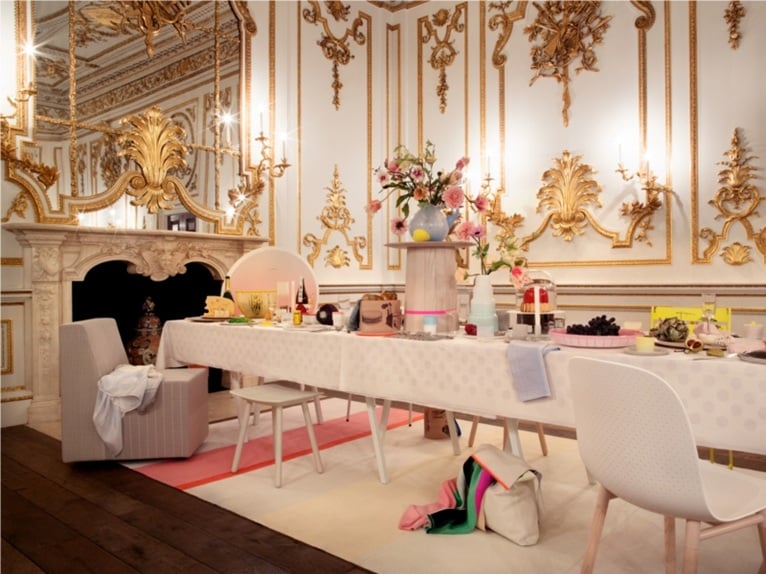 In galleries and museums, design objects are frequently displayed on pedestals or in glass vitrines but rarely in something resembling the everyday living environment for which they were conceived. 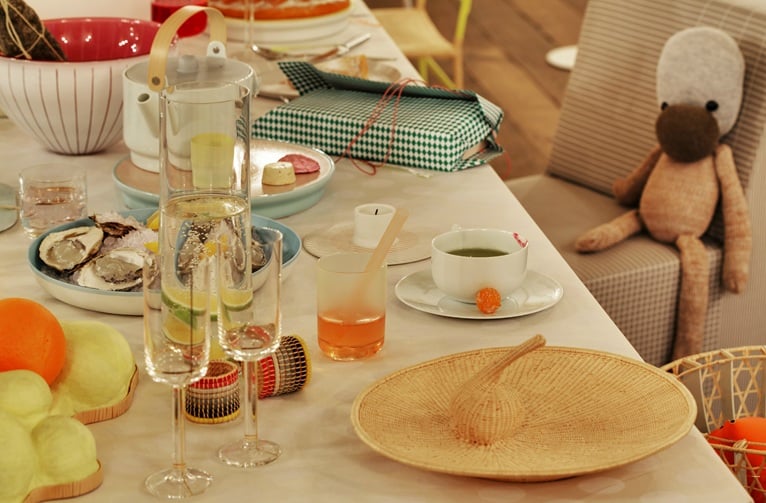 “The visitor enters just seconds after the guests have left to smoke a cigarette in the garden. One can use this unguarded moment to look at the luxurious dinner tableand interior undisturbed. The music is still playing softly…” said Stefan Scholten, Scholten & Baijings.

The sharp contrast of the contemporary tableware, all designed by the Dutch studio Scholten & Baijings, against the historic French-styled panelled interiors leads a visitor to ponder what once may have taken place in this room.

As well as being used for music, the Norfolk House Music Room was also used by the original household for card games and general social intercourse before the V&A acquired it after Norfolk House’s 1938 demolition. 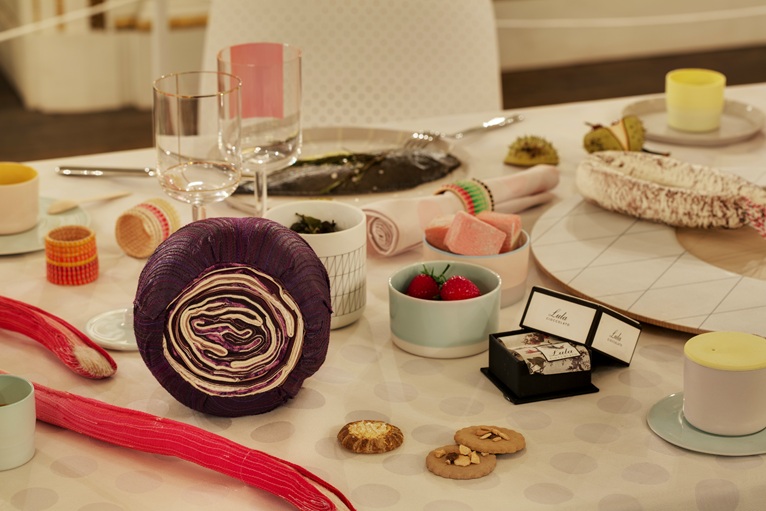 The composers Moritz Gabe and Henning Grambow created a composition exclusively made up of sounds associated with the objects exhibited. The products you see on the dinner table are reverberating in the piece of music heard.

The sounds were captured by letting the objects resonate in different ways. In the studio the objects where ‘played’ and processed. Samples of the sounds were converted into digital instruments and added to the composition. In summary, the soundscape can be described as an audible, musical fingerprint of the exposed objects.