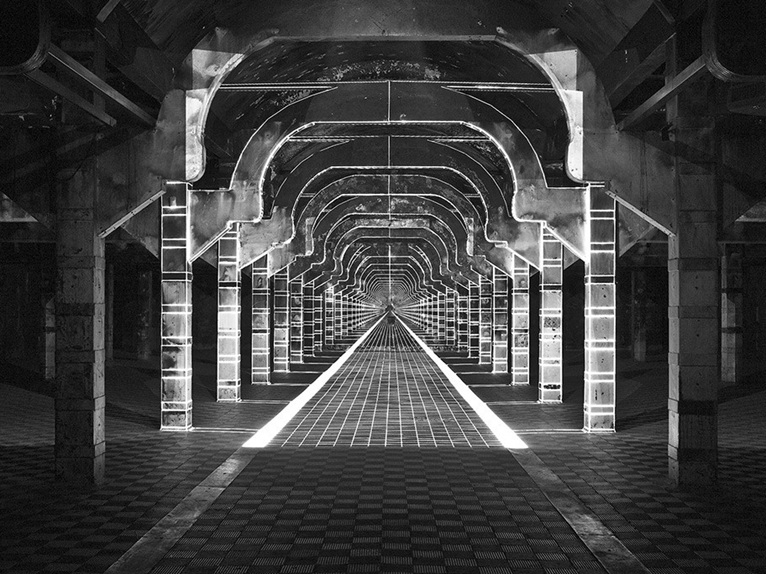 INSTALLATION_ “Architecture is judged by eyes that see, by the head that turns, and the legs that walk. Architecture is not a synchronic phenomenon but a successive one, made up of pictures adding themselves one to the other, following each other in time and space, like music.”

Pablo Valbuena is a visual artist with an architectural background. He develops artistic projects and research focused on space, time and perception.

Some key elements of this exploration are the overlap of the physical and the virtual, the generation of mental spaces by the observer, the dissolution of the boundaries between real and perceived, the links between space and time, experience as object of the work and the use of light as prime matter.

These ideas are mostly developed site-specific, formulated as a direct response to the perceptual qualities, physical conditions and surrounding influences of a certain location or space. His work has been presented internationally in public and private institutions, biennials and galleries as exhibitions and site-specific commissions. He has developed large-scale interventions in the public space in locations across Europe and America. 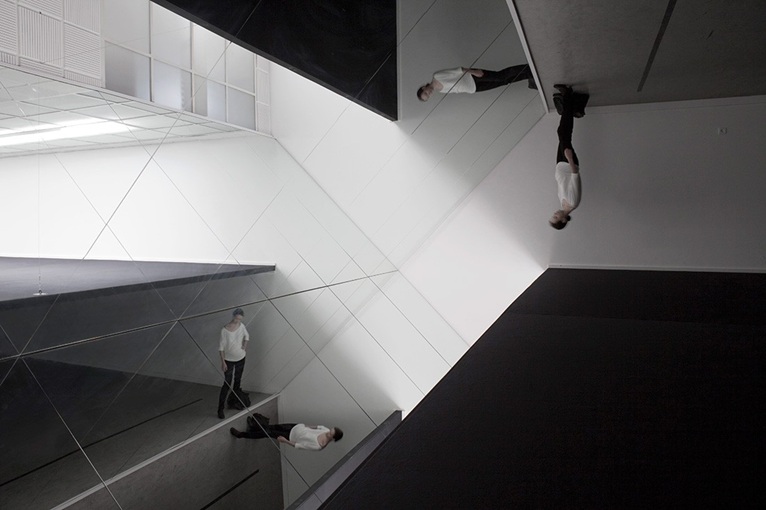 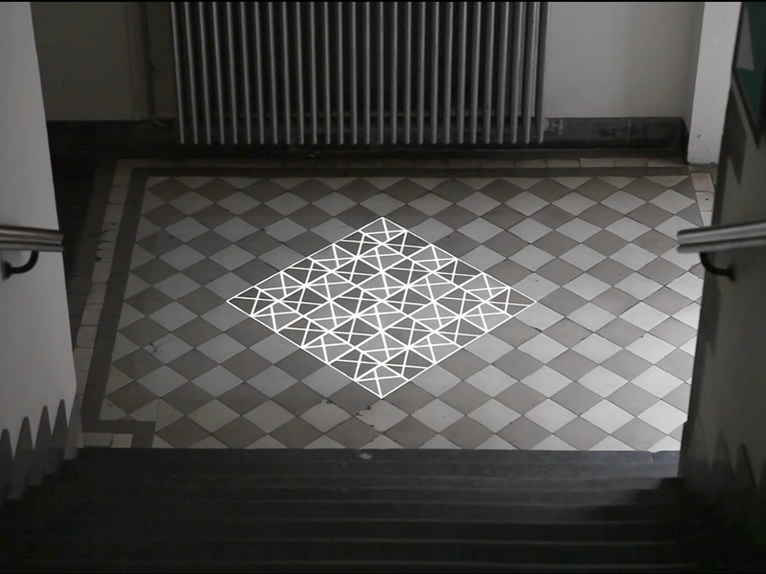 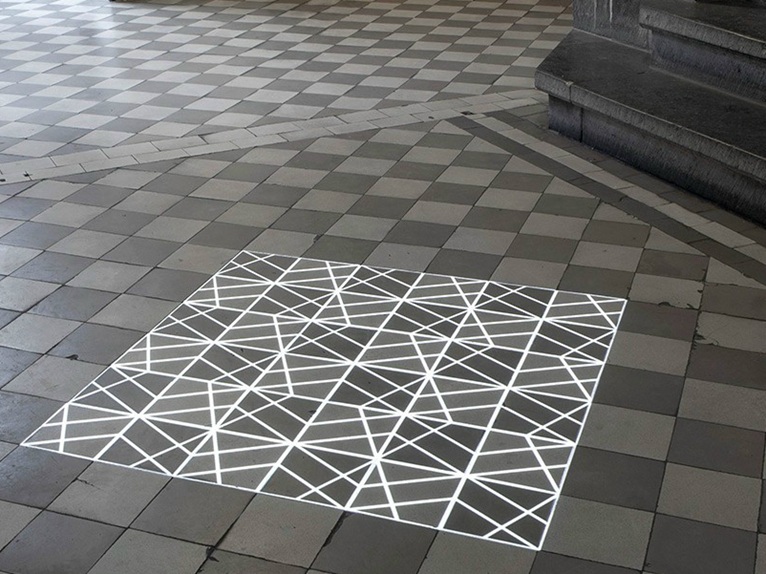 "Patterns are a constant in our built environment. Just as in nature, we find order in everything man-made in a diverse range of scales, from primitive ornaments to urban planning. Architecture is a prolific field for patterns: street pavements, indoor tilings, modulated facades, standardised measures or city grids are good examples of the application of this sense of order. Patterns can also be found in other types of non-physical structures: language, music or narrative (film, literature). Transformations like symmetry, rotation or rhythm found in still patterns are easily transcribed to time-based structures." 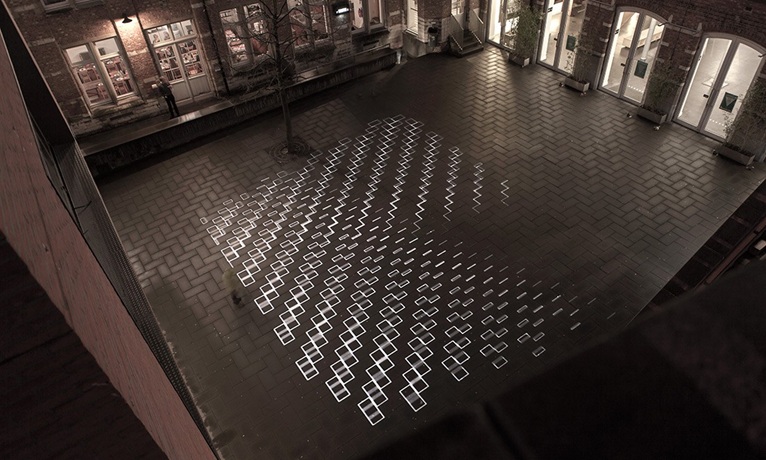 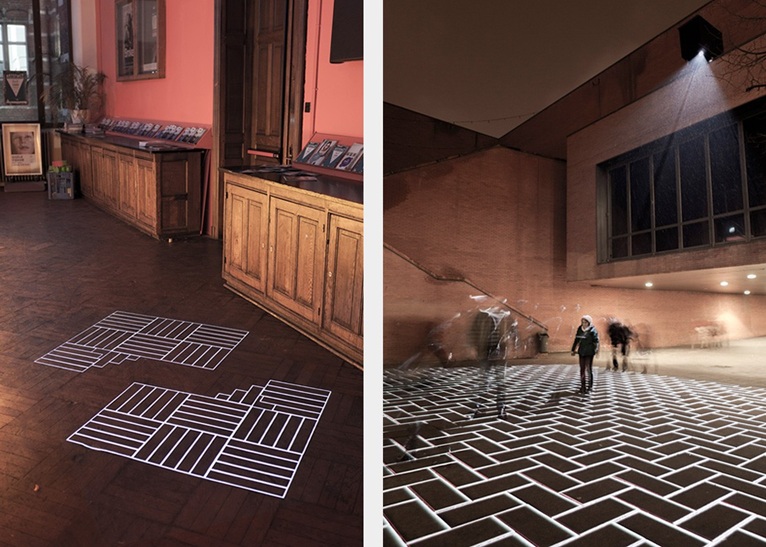 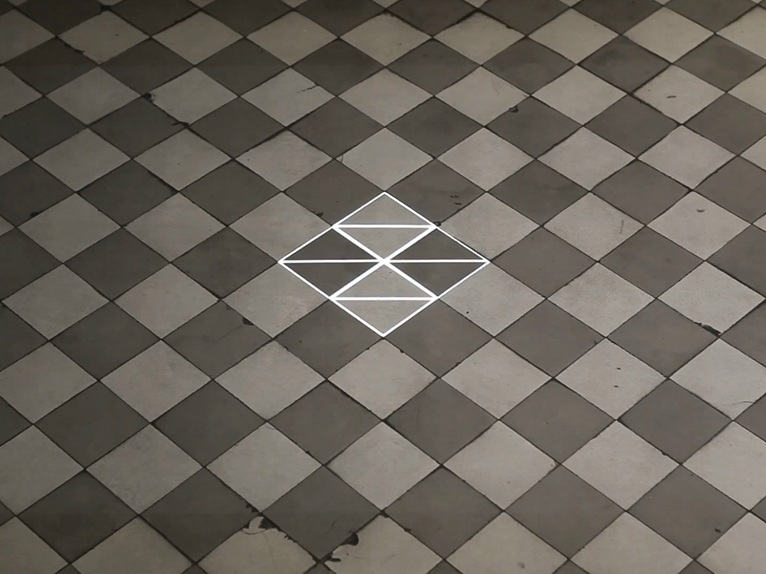 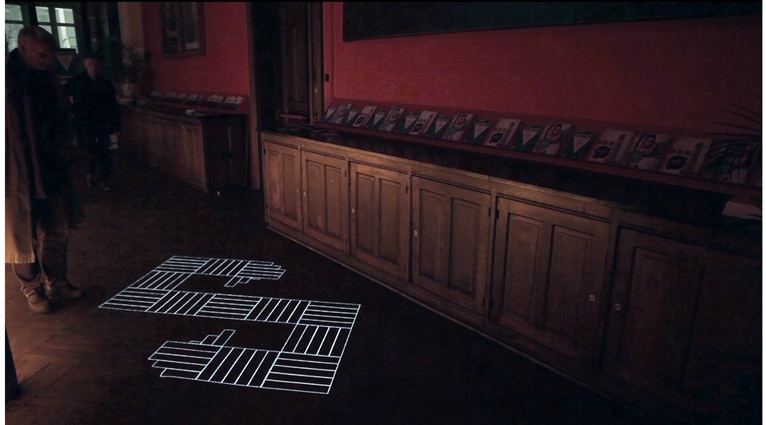 Quadratura was the technique used in the baroque to extended architecture through trompe l’oeil and perspective constructions generated with paint or sculpture.
This immersive site-specific installation follows the same principles but manipulating space by means of projected light. The main axis of the room is extended and the limits of the physical space dissolved.

quadratura from pablo valbuena on Vimeo. 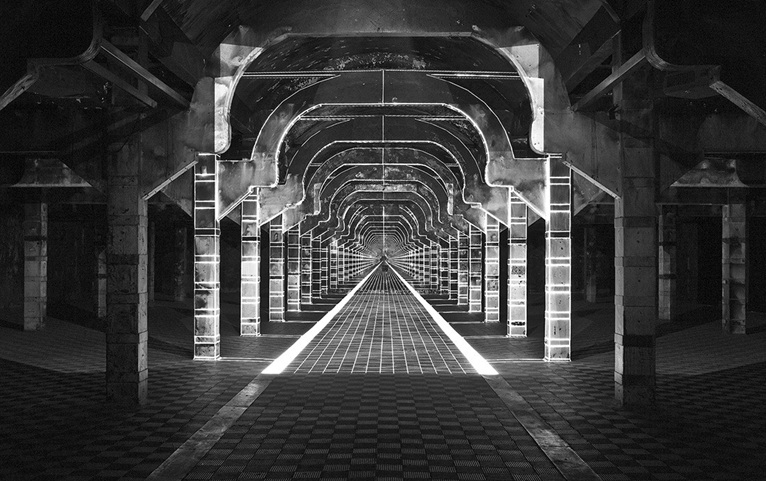 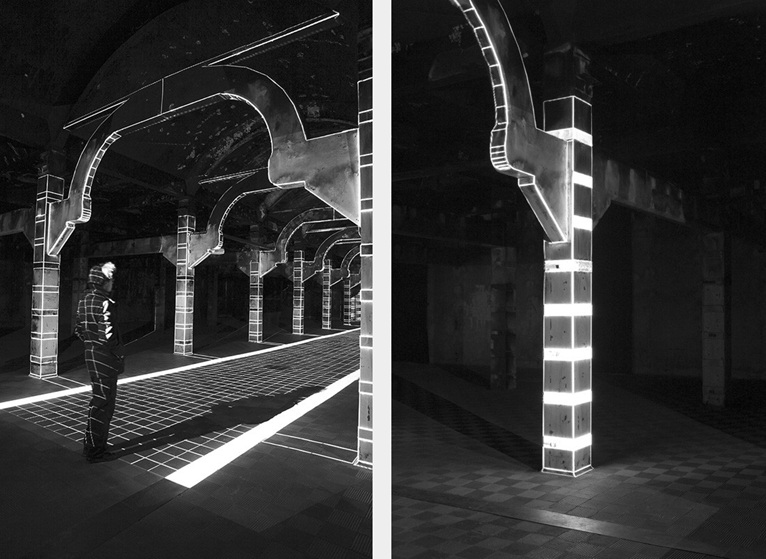 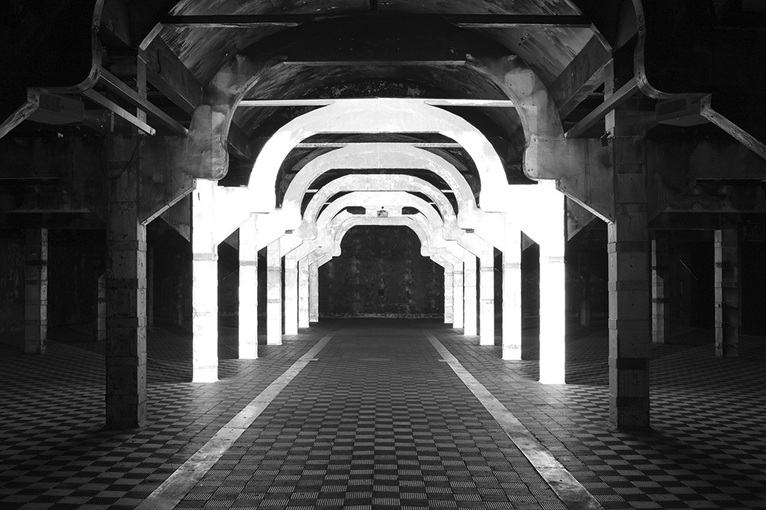