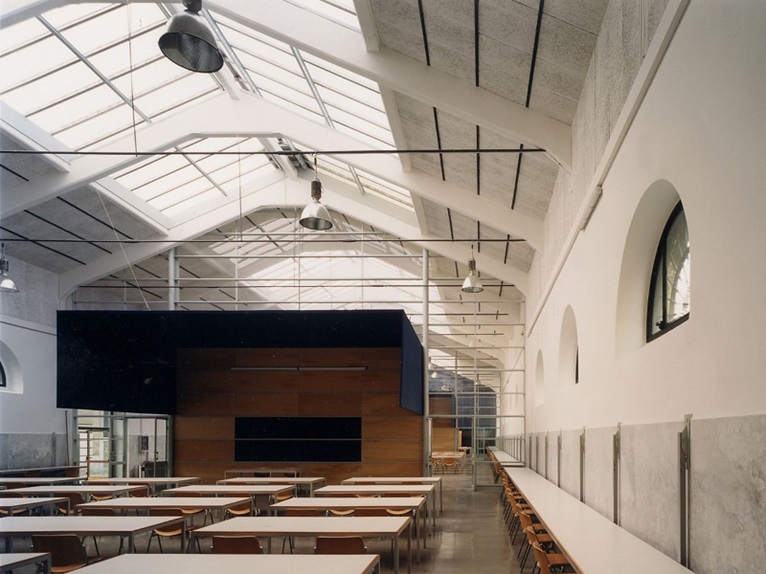 The Testaccio area of Rome has been a laboratory for change and a strategic area for urban development, as well as a particularly challenging area of cultural reflection and planning for more than ten years. The old slaughterhouse district complex, recently converted by Insula architettura e ingegneria s.r.l., into the Faculty of Architecture of Rome, was built between 1888 and 1890 on a project by engineer and architect Gioacchino Ersoch, and was one of the most modern plants of its kind. 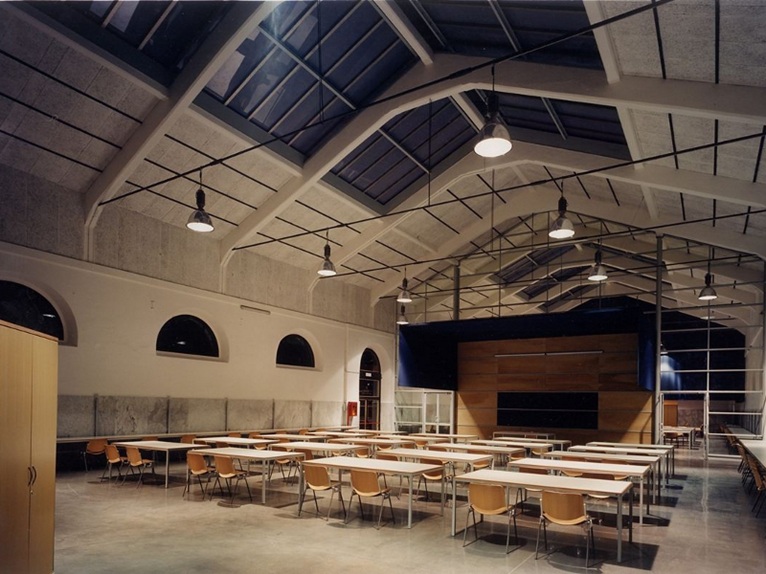 The pavilions have a relatively simple construction system: Rectangular plan volumes, brick and tuff masonry structure with regular spacing of the openings, gabled roofs supported by iron “Polonceau” trusses. Considered one of the fundamental pieces of industrial archaeology in Rome and an extraordinary example of nineteenth century civil engineering, in the 70s, the complex was abandoned, undergoing several renovations since then and being used for new functions and temporary exhibitions. 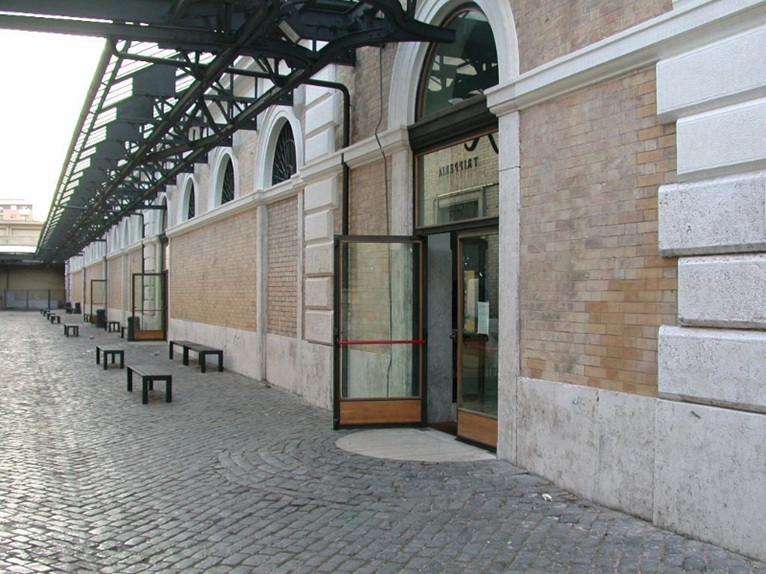 Considering the extremely sensitive issue of the pre-existing nineteenth century Slaughterhouse and the remains of the city of ancient Rome which is abundant in the subsoil, Insula coordinated the redevelopment and conversion of the entire complex into the university campus between 2001 and 2013, taking part in the feasibility study, the preliminary design and following the design of some pavilions. 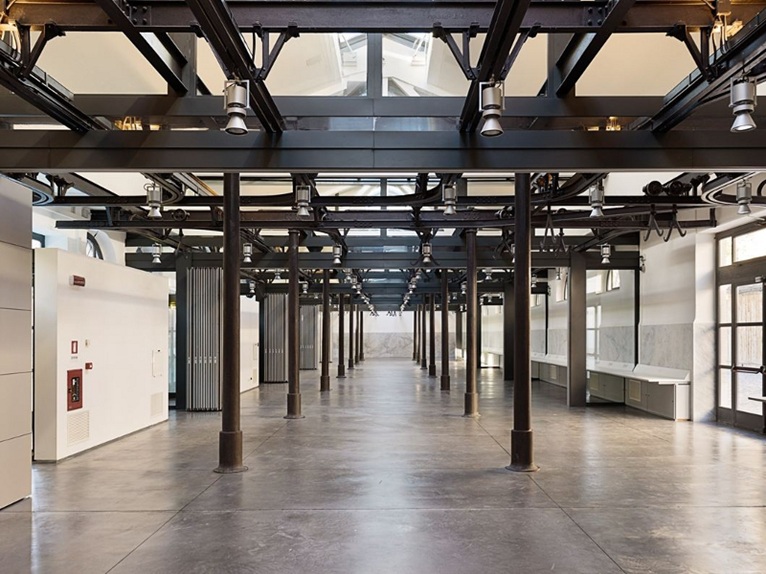 The project outlines a careful balance between intervention and conservation, according to an approach that includes the restoration and preservation to increase the internal surfaces, as well as demolishing the pavilions built so incongruously in recent times without reconstructing them. 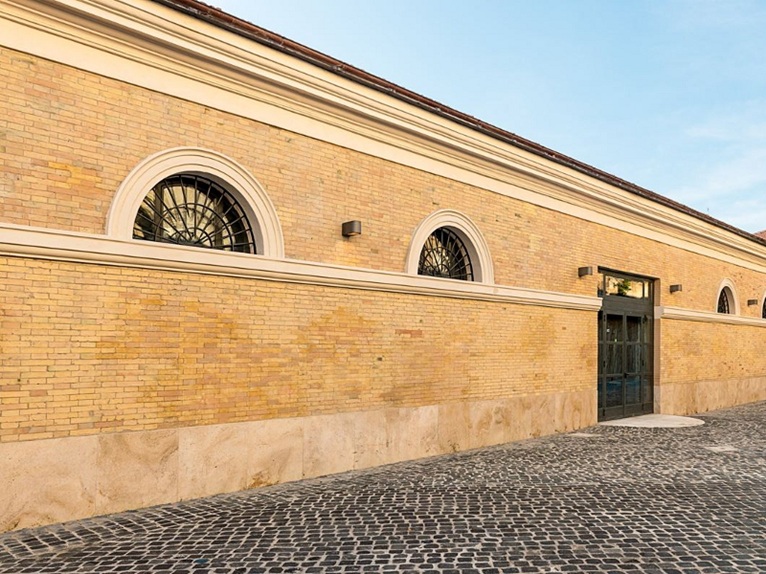 The first intervention (2002) concerned pavilions 6 (toilets and powerhouse) and 7, a large covered area (85 x 15 x 10 metres) lit by four large skylights. Insula's design choice provides for the creation of three workshop rooms and a 260 seater lecture theatre. It enhances the industrial body and creates separate and acoustically isolated areas, by inserting three partition walls with a steel frame: partially transparent, linear and light transverse diaphragms made with essential materials (iron, wood, glass ) and colours (white, grey and blue). The large geometric podiums and the long suspended wall tables restore the human scale and accentuate the building's volume, stressing the university use of the site. 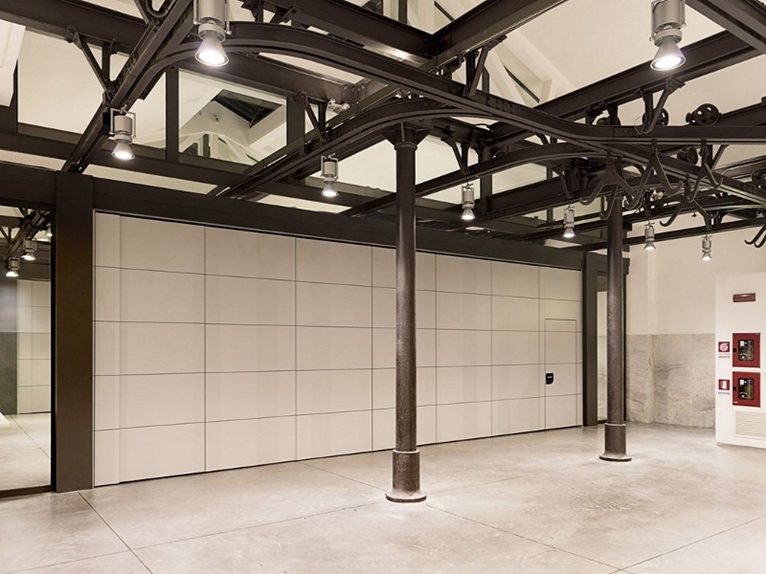 The design of pavilion 2B (completed in 2013) envisaged the conversion of the building into flexible environments, suitable for holding seminars and lectures. As in the previous intervention, the designers decided to preserve the volume and articulate the interior space using mobile partitions, which are modelled on the original subdivision into seven rooms used as stables (demolished in 1932) and become the rhythmic element of the large single space (840 sqm).

The six walls placed between the pairs of trusses, are made up of a fixed perimeter part (glass and steel) and of a central opaque part made up of easy-to-move folding panelling, which make it possible to rapidly create rooms of various sizes from a minimum of 120 to 720 square meters.