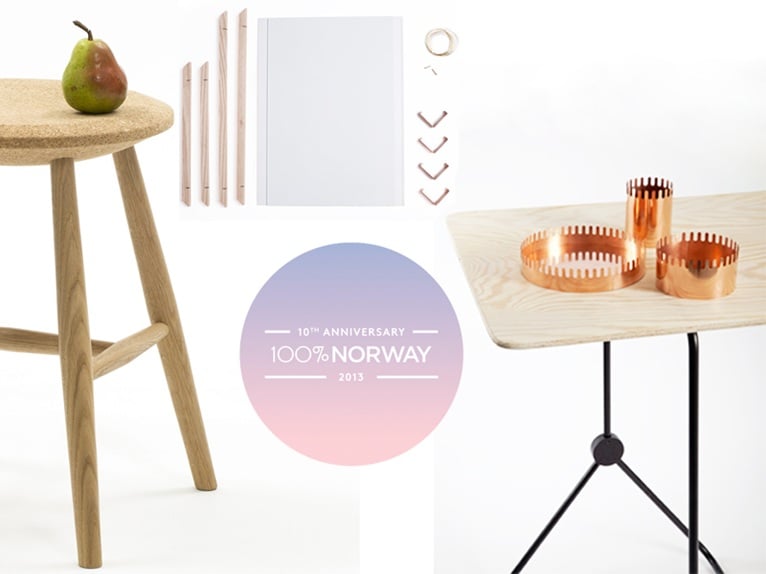 DESIGN_ This year, after full decade, the annual 100% Norway announces the best and most exciting line up for its tenth anniversary show: the very best contemporary product and furniture coming out of Norway.

The theme, as decided by 100% Norway’s longstanding curators Henrietta Thompson (London) and Benedicte Sunde (Oslo), is ‘10 x 10’. The exhibition presents 10 designers that represent Norwegian design heritage; alongside 10 up and coming designers with an eye firmly on the future. Every product in the exhibition is a brand new design, the majority of which are to be launched for the first time at the exhibition.

Light and Nature are two overarching themes of the exhibition this year, the inspiration behind many of the products, as well as forming the basis of the look and feel of the show itself.

This inspiring spectrum of designers and makers sees Norway’s design greats who have been producing fantastic, iconic products since the 60s and 70s, exhibited next to young talents so fresh some haven’t even quite graduated quite yet (although you’d never guess from the quality of their work).

Lars Beller Fjetland  established his company Beller Design in 2011. His work often offers alternative ways of thinking about sustainable design, initiating his processes by thoroughly investigating material properties and seeking new and unexpected combinations from them. He designed DRIFTED | Low stool and other products for the brand Discipline: the pure and essential design, with its light bay oak structure, comfortable seat thanks to natural cork, make the drifted series particularly iconic. The nature itself of the material makes the seat water-repellent and particularly durable. The structure is available in three colours, the seat in natural cork or dark smoked. 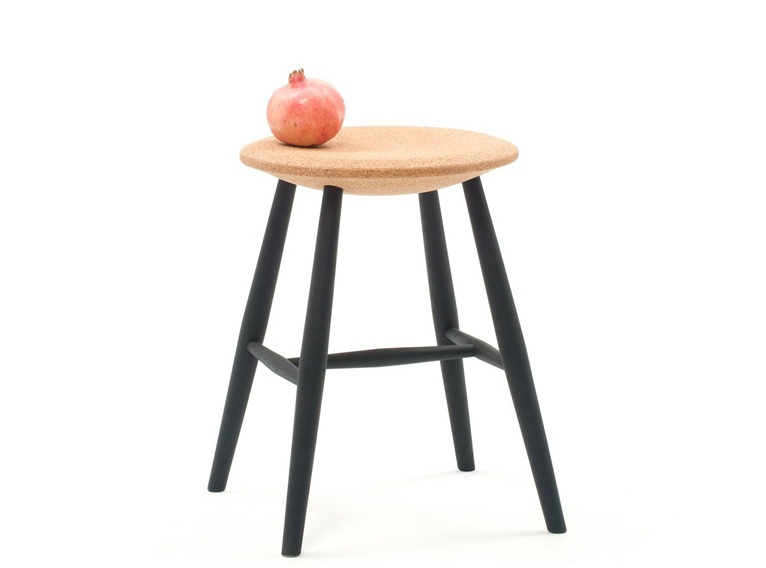 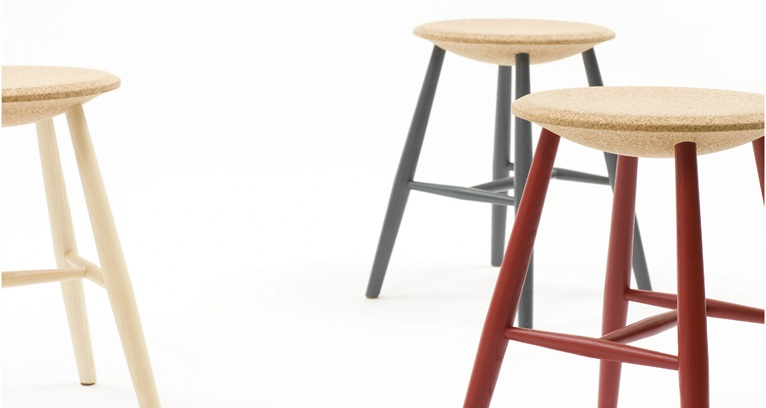 Kristine Bjaadal  made her international debut as a designer in 2010, with prototypes including her widely noted tablecloth Underfull. Unlike other designers who start with a sketch, Kristine works out her ideas with her hands using clay, paper and cardboard. The materials, surfaces and sizes of her objects relate to the size of her hand. With her designs, Kristine aims to add beauty to the rituals of everyday living. At this exhibition she presents SISKA Slow Coffee Collection: it might have a traditional form, but a rather untraditional choice of materials for a coffee maker. Untraditional – but not at all unfamiliar; porcelain, cork, steel, wood and leather. The materials signal something honest and natural, tactile, lasting, and of high quality. 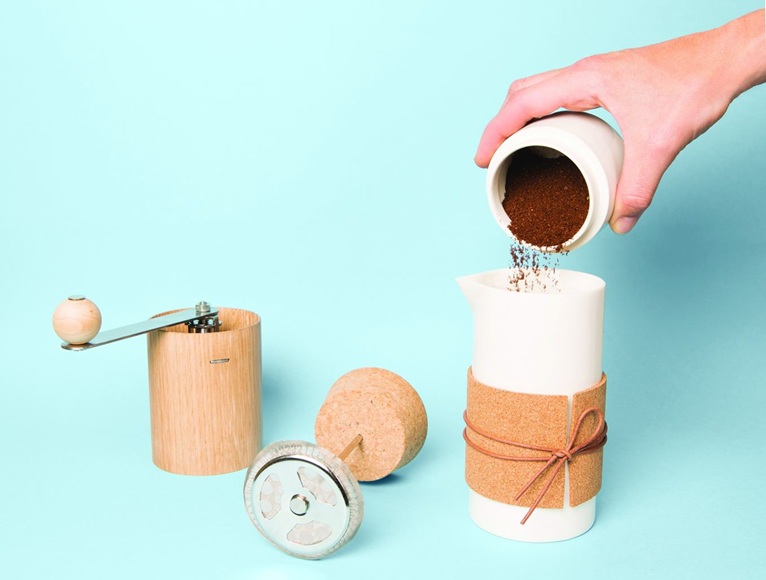 Sverre Uhnger has exhibited his work across Scandinavia and in 2011 started ‘Klubben’, the ‘Norwegian Designers Union’, with Sara Polmar and Victoria Günzler. His personal work is driven by a need to resolve a specific problem, and he believes that design is about solving a desired task in the most resourceful way, thus the use of materials and techniques varying from project to project.

"My starting point for the design was my fascination with lathed wooden balls and how the same shape in different sizes relates to each other. Imagine the base and the shade as parts of wooden spheres; the part that is cut off from the shade is used as base only with a bigger diameter. The name Oo comes from these two spheres, a small and big circle" . At 100% Norwey he presents Oo - Desk lamp, O - pendant spot lamp and Tuck. 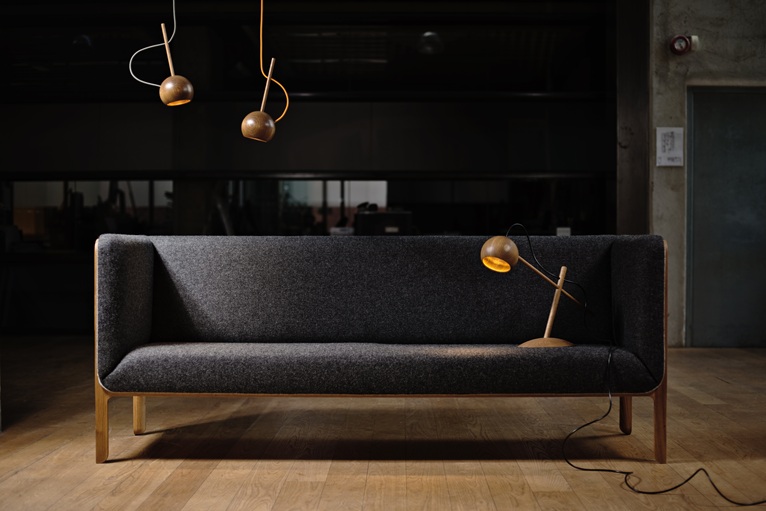 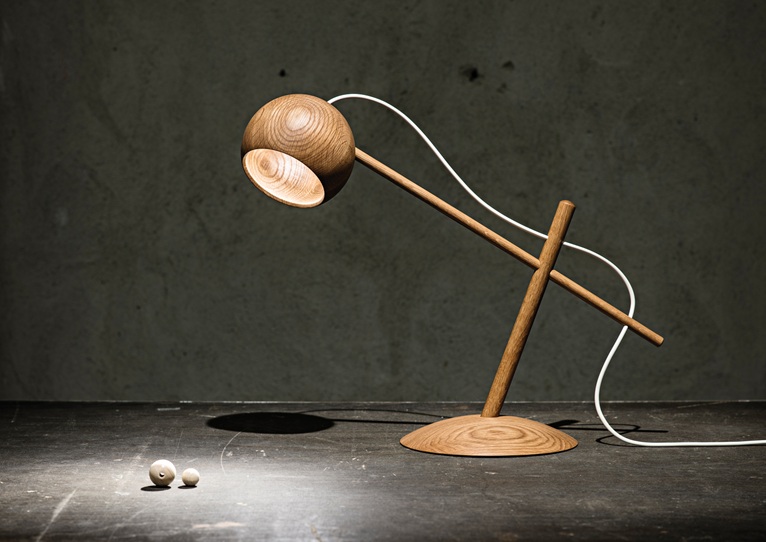 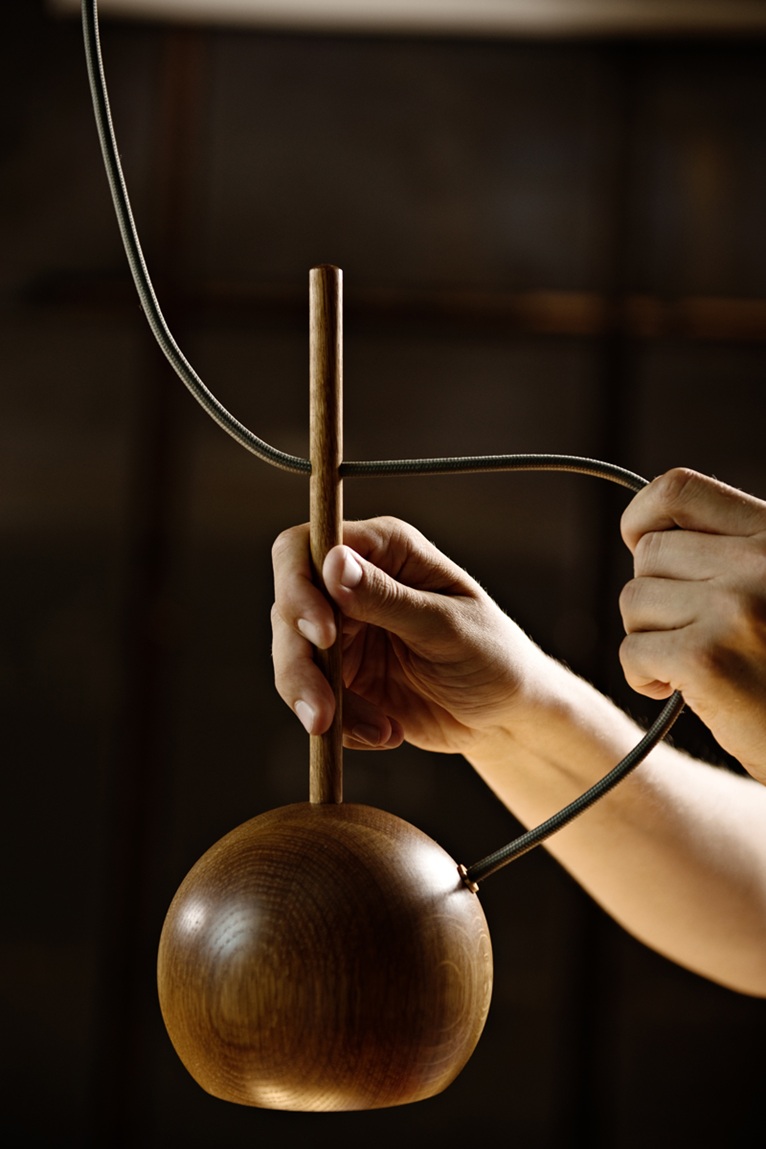 Ida Noemi and  Caroline Olsson met at the 100% Norway exhibition in 2011, where they were both showing independently, and we are now thrilled to exhibit their "first collaborative product as part of the tenth anniversary show. Both successful designers in their own right, present epaulette, a frame system with a greater flexibility than traditional frames, focusing on the corners. The sides of the frame are held together by L-shaped corner profiles in copper, liberating the frame from any screws and fixed formats. 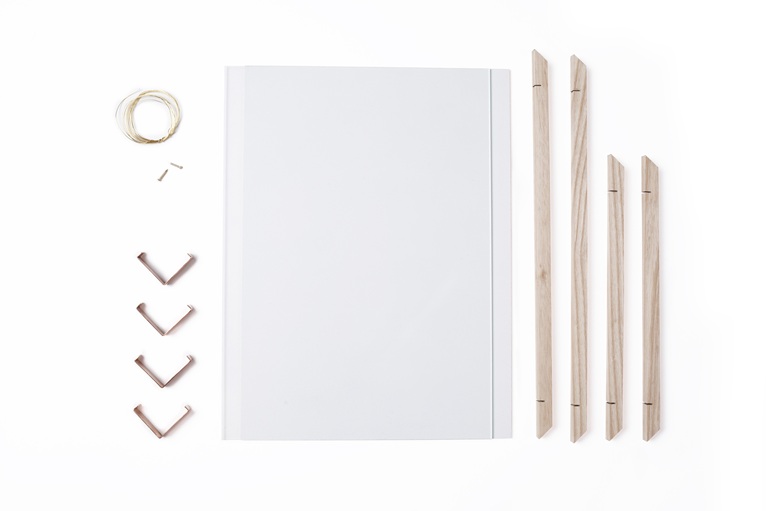 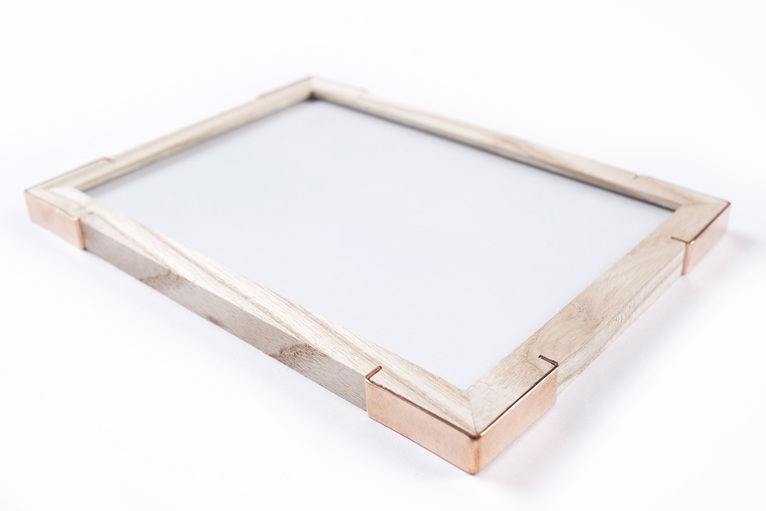 Strek Collective  is a creative studio established by four Norwegian designers who met during their studies in Oslo and after five years of working together as a collective of independent designers, launched Strek in its own right. With every product they make, they aim to create meaningful experiences and useful relationships between the product and user. In the majority of their work they use natural materials. At 100% Norwey they present Wandering lines, W3 and Button.

Wandering lines are trestles in three different sizes for benches, tables and clothing stands. Each trestle can be disassembled and packed flat, an installation job that is simple and effective. Button is a side table developed with the purpose to provide versatility in the living space. With the removable table top it can also be used as a serving tray and adapts to the user's wish. W3 is a side table/coffee table with hand-turned parts put together with simple joints. 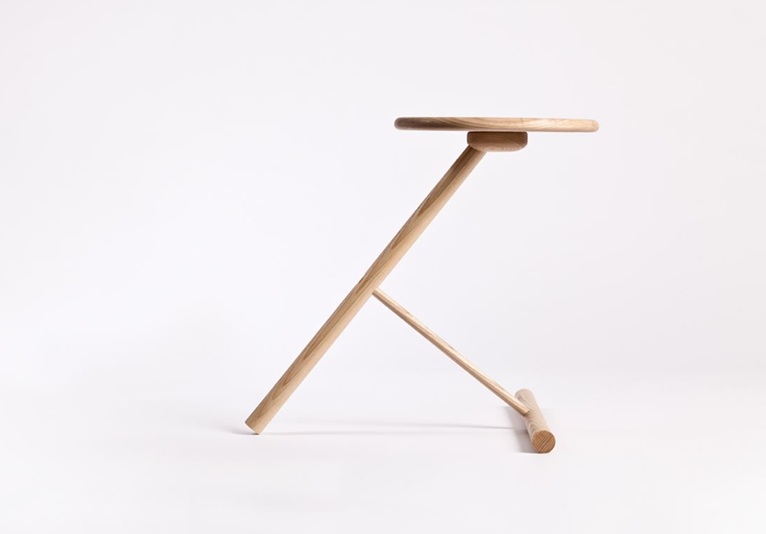 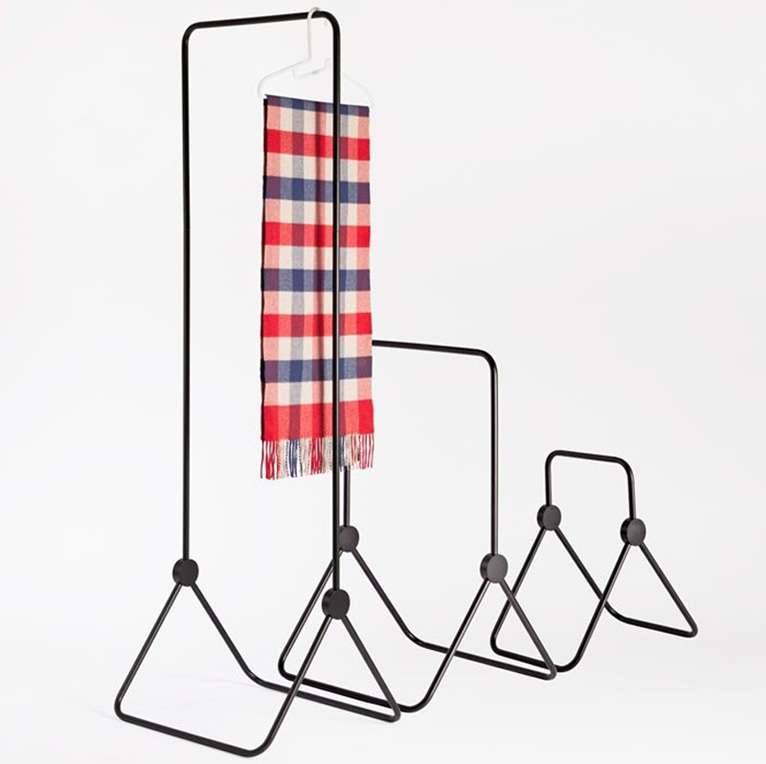 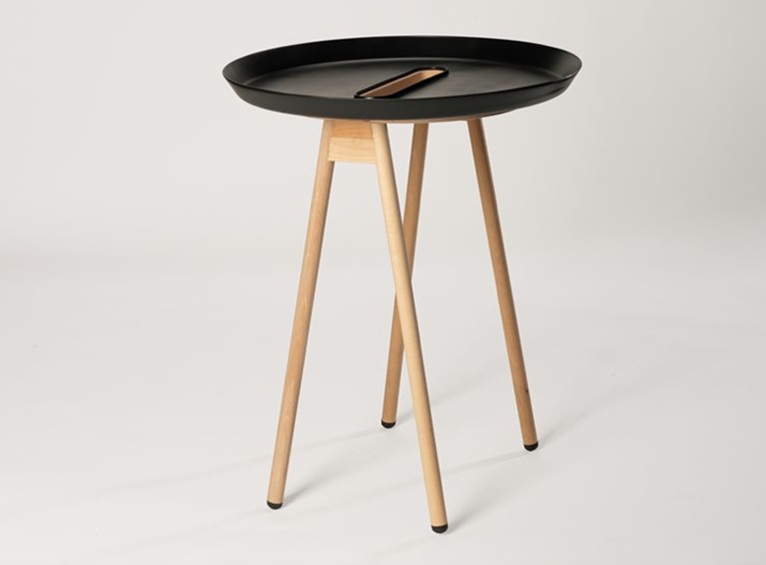 Marta Frøystad and Runa Klock first met at the Oslo National Academy of the Arts and immediately discovered that they had grown up in the same district of Norway; separated only by a fjord. Marte had early ambitions to become an artist, while Runa’s background included contributing to design- workshops, as well as some time working a gardener and as a graphic designer. It wasn’t long before the pair began creating things together as Frøystad + Klock. In London they present Figgjo Sans, a trendsetting porcelain manufacturer for the professional kitchen. 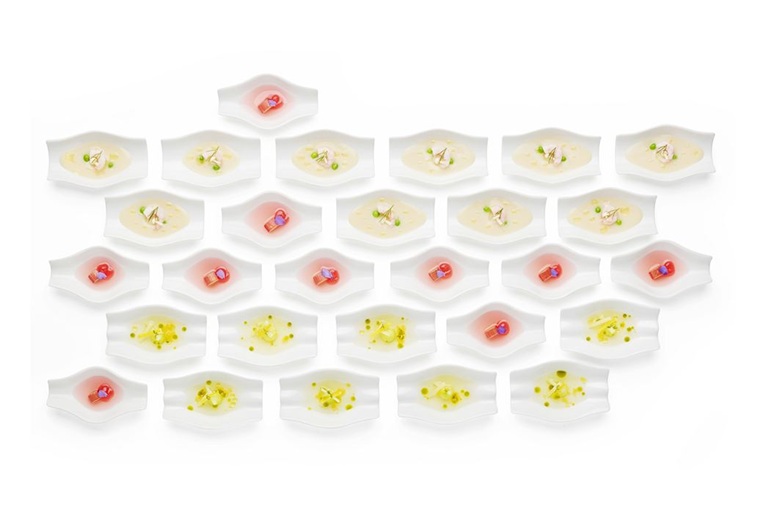