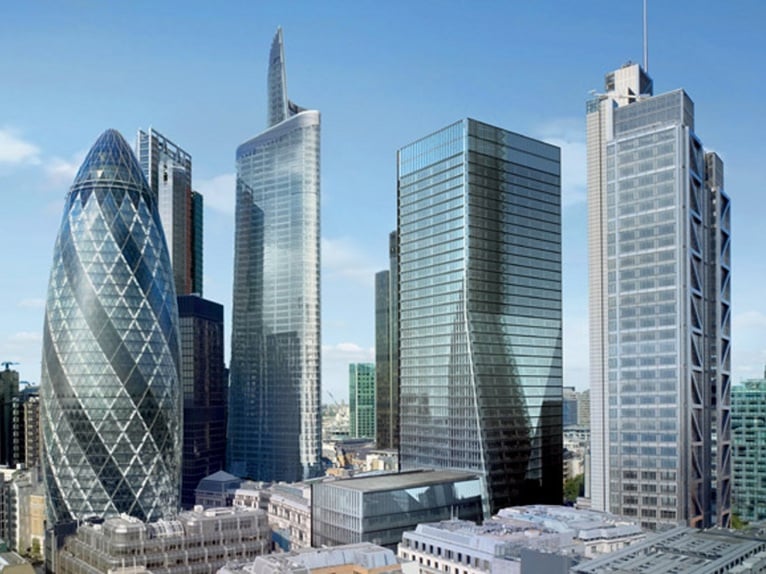 With the London Design Festival about to begin (London 14-22 September), we take time off before immersing ourselves in design to “stroll” around the “square mile” (the City). The photo above shows how this particular part of the skyline should look by now. However, questions are being asked whether it ever will, because at least two of the buildings pictured may never see the light of day. 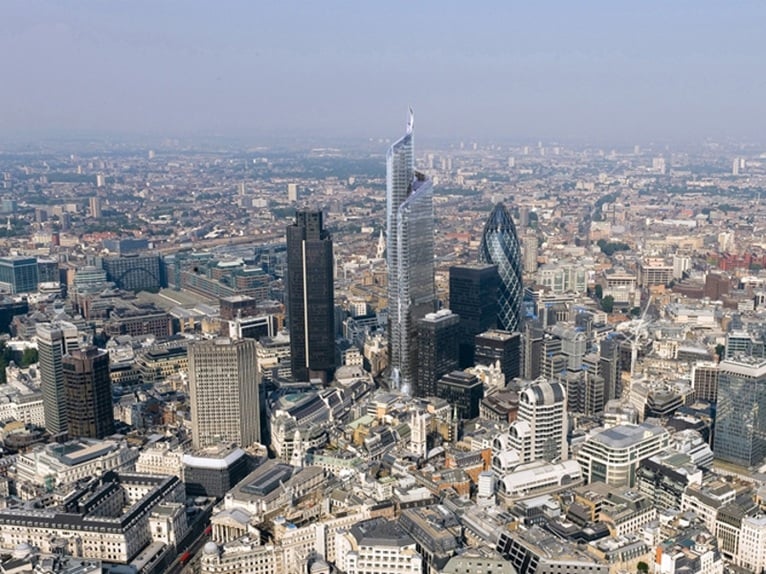 "Helter Skelter" the tallest building in the centre of the picture

One of them, the Pinnacle (KPF - Kohn Pedersen Fox Architects' zoomorphic shaped tall building next to Sir Norman Foster's unmistakeable “gherkin” at 30 St Mary Axe, the home to Swiss RE), a 1 billion pound skyscaper nicknamed “helter skelter”  which was to become the tallest building of the capital, has now been dubbed “the stump”  because that's all that exists of it at the moment and it doesn't look like it will be ever completed. The problem, they say, is selling the floor space. 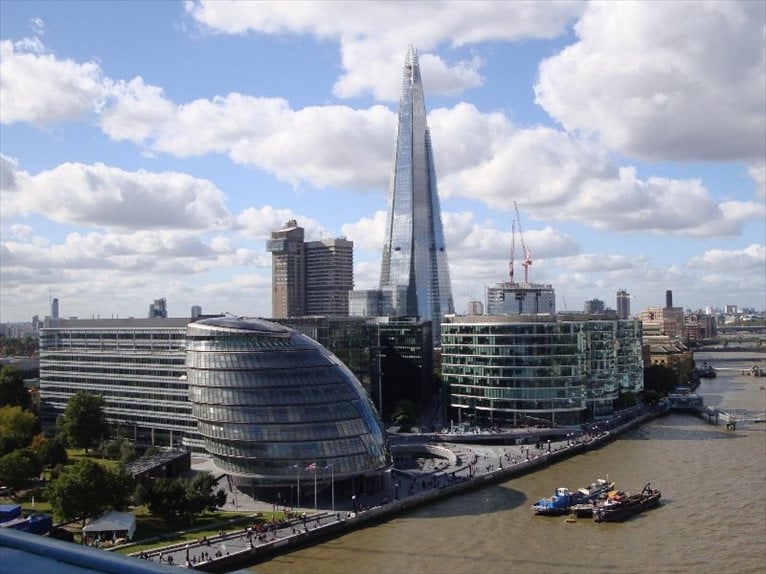 "The Shard" the glass fragment piercing the London Skyline

In this time of economic difficulty, this seems to be the main problem, even with completed buildings. Indeed newly appointed honorary Italian senator Renzo Piano's London Bridge Tower (“the Shard”) is reported to have only let about 10% of its available office space. Considering that this is now the tallest building not only in London, but also in the European Union, you can see why the investors involved in completing the “stump”/”helter skelter” are hardly falling over themselves to provide the funds do so.

Another building in the picture, the Leadenhall building (“the cheesegrater” whose top can be seen between the “the helter skelter” and the “gherkin”) designed by Richard Rogers is scheduled to be completed towards the end of next year and this seems to be a realistic forecast since it has now reached its maximum height.

Unlike many of the other buildings mentioned, this has also run a “relatively” successful “pre-letting” campaign with over 50% of the offices already pre-let, most of it to the Manchester United shirt sponsor and American Insurance company Aon who are relocating their global HQ from Chicago. 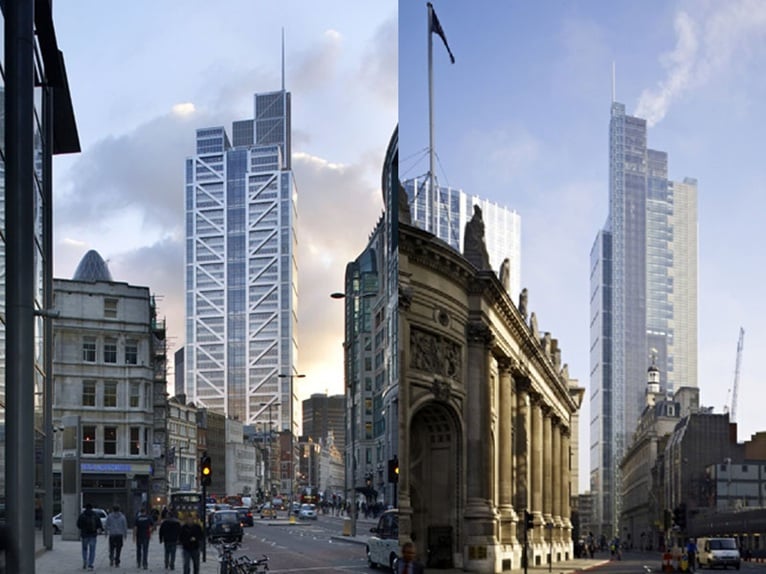 Two views of the Heron Tower 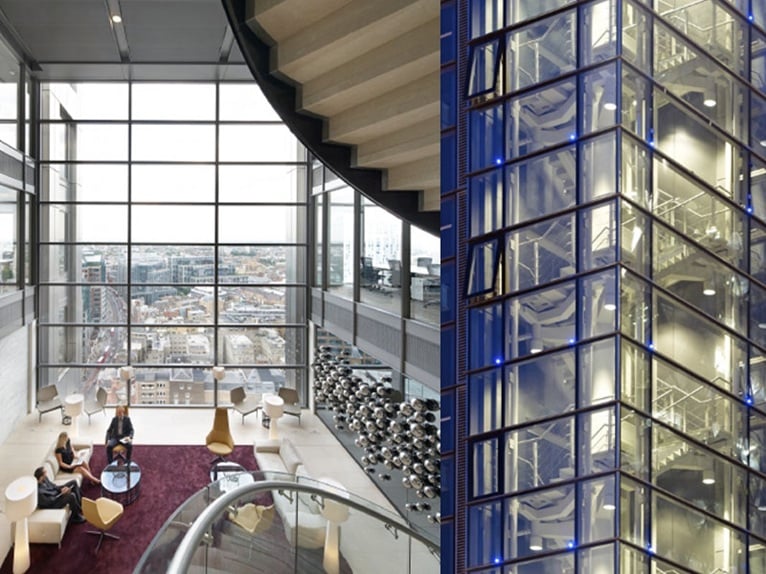 A view from the Heron Tower and the panoramic lift

The building on the extreme right, the Heron Tower at 110 Bishopsgate, was completed in 2011. Designed by American firm KPF - Kohn Pedersen Fox Architects, it is one of the few London skyscrapers without a ridiculous nickname. This is probably its most outstanding feature! Seriously though, this isn't necessarily a criticism. Just right angles and a stepped look, topped by a 28 metre mast, make it the tallest in "the square mile" and give it a very corporate appearance. However, despite its business-like and gimmick-free feel, even this building has thus far let only 60% of its office space. 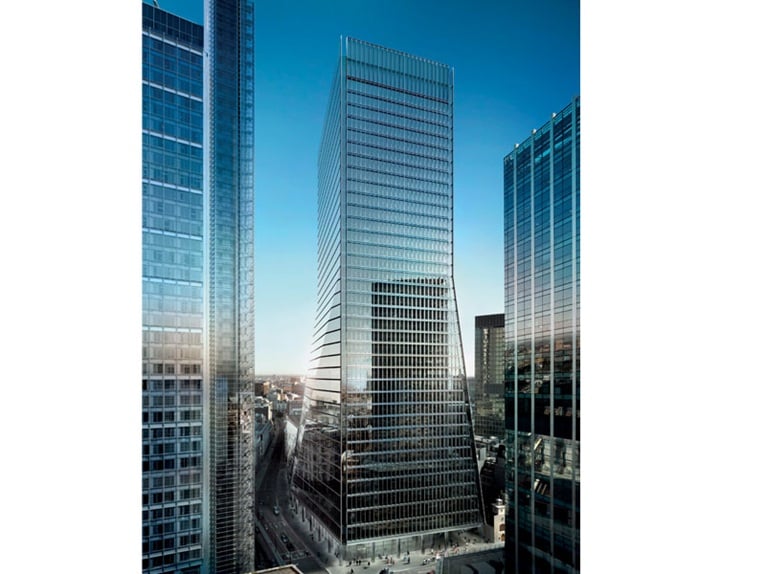 100 Bishopsgate with its "Wedge"-like base

The final building in the picture, a stone's throw from the Heron Tower, is 100 Bishopsgate, another skyscraper without a nickname. The reason for this may be the fact that building work hasn't yet really been started, but we might hazard to call it “the wedge”. The design, a collaboration between Allies & Morrison and Woods Bagot, had to take into consideration the complex geometries of the site. The transition from the “Wedge-like” parallelogram at the base to the rectangular top was made necessary due to the context in which the site is located. The architects also designed the building with contrasting façade textures to give the tower a twisting dynamic. 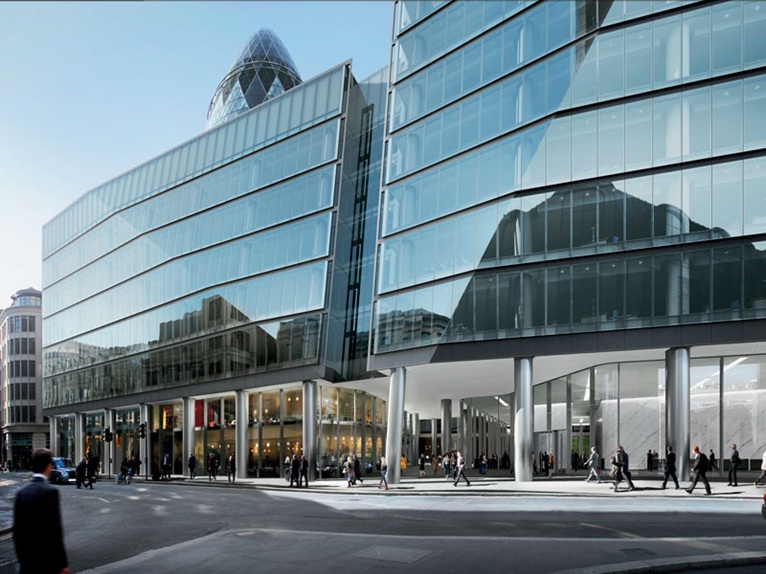 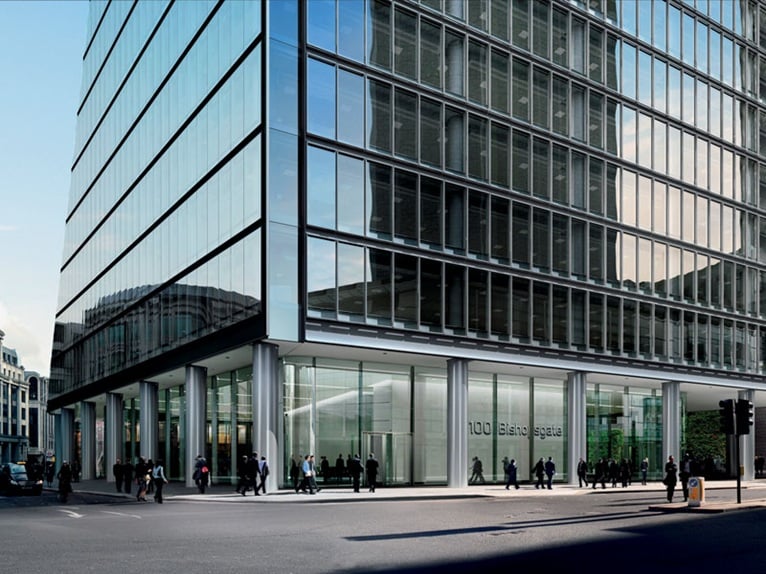 Once again, here, the problem is that of letting the floor space. In this case, as of last spring the constructors were yet to secure a pre-let which would enable the construction process to press on. 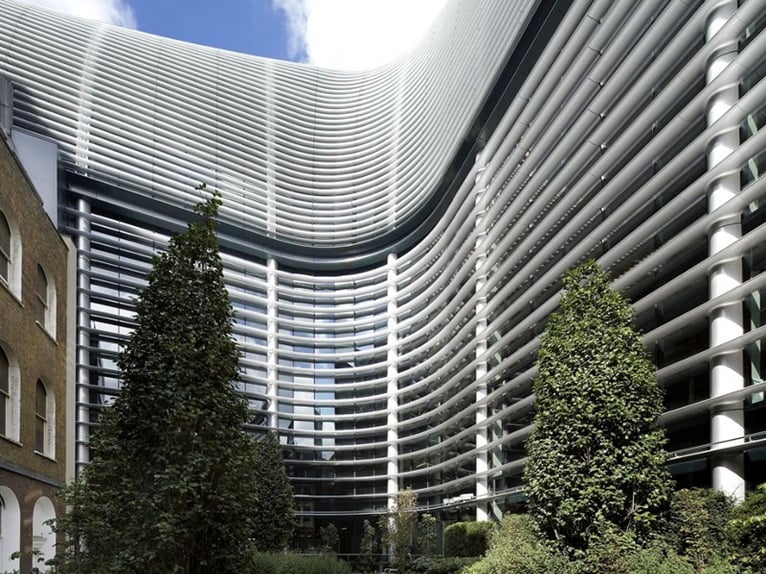 A couple more London buildings not pictured here could also be mentioned, the already completed £266 million Walbrook building (Foster + Partners) near the Bank of England, which has only let a sixth of its 445,000 sq ft of space and Rafael Viñoly's 20 Fenchurch Street (“Walkie Talkie”/”the Pint”).

Frying eggs below "the Pint"

The latter was originally intended to be completed in 2011 although this date was put back to 2014. Hopefully this completion date will be respected, but it may be put back even further after this exceptionally sunny summer's problem of reflecting and magnifying the sunlight onto the streets below creating spot temperatures of almost 120°C, which melted car bodywork and one café in the street even managed to toast a baguette and fry an egg outside the shop! Leading it to be given two new nicknames of “Walkie Scorchie” and “Fryscraper”.

The common problem afflicting all of the buildings in this "square mile" is, therefore, that of letting the office space. This has been compounded by the economic crisis of the last few years and by the fact that in 2012 London overtook Hong Kong to win the dubious accolade of world's most expensive city for office space, according to a survey of 126 major cities by property agency DTZ. DTZ found, that on average, companies paid $23,500 per worker in 2012 to locate in prime office space in the West End, an area to the west of the historic City of London. This put London ahead of Hong Kong, which was 2011's most expensive office location.