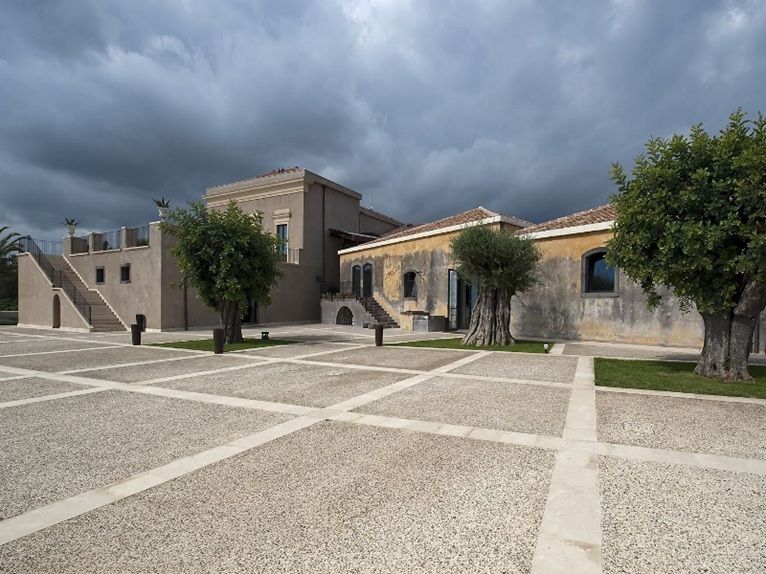 Architect Giuseppe Scannella has created Radicepura Centro Congressi, a conference centre, in a large botanical garden in Giarre, in Sicily, by restoring and refurbishing an ancient Manor House dating back to the late 19th century. 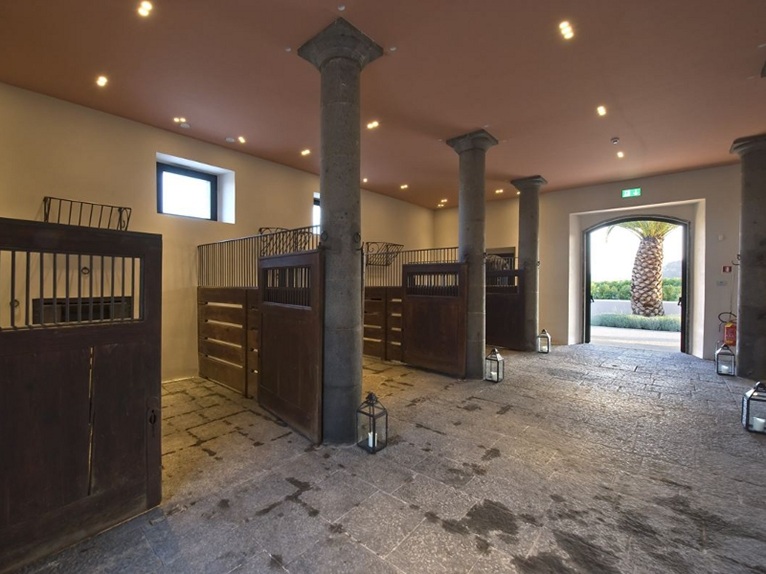 As far as the restoration of the historical building is concerned, the new final use posed the question of the relationship between the new functions and retaining the characteristic features, considered a “value”. 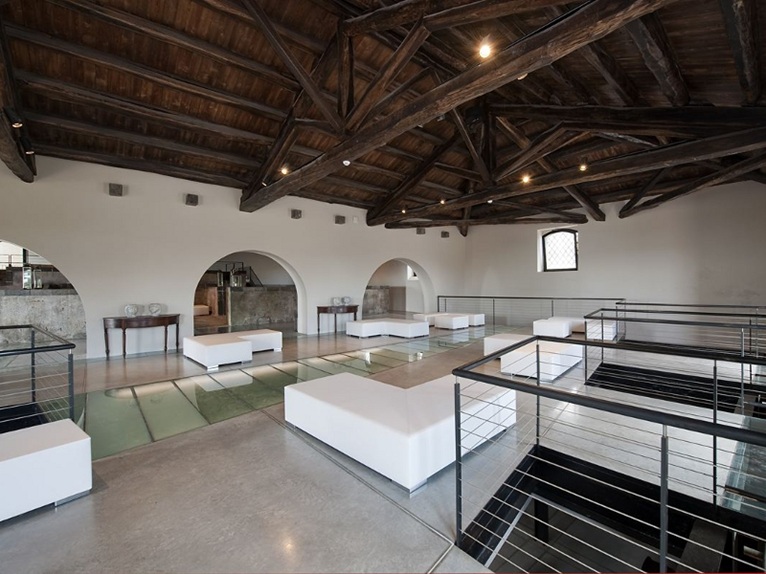 Through a critical analysis of structural and decorative elements, by eliminating the superfluous, the original elements were brought to light, reinterpreted and re-used in a contemporary way, also incorporating new strong elements like the railing of the new stairs and the connecting wing between the various buildings. 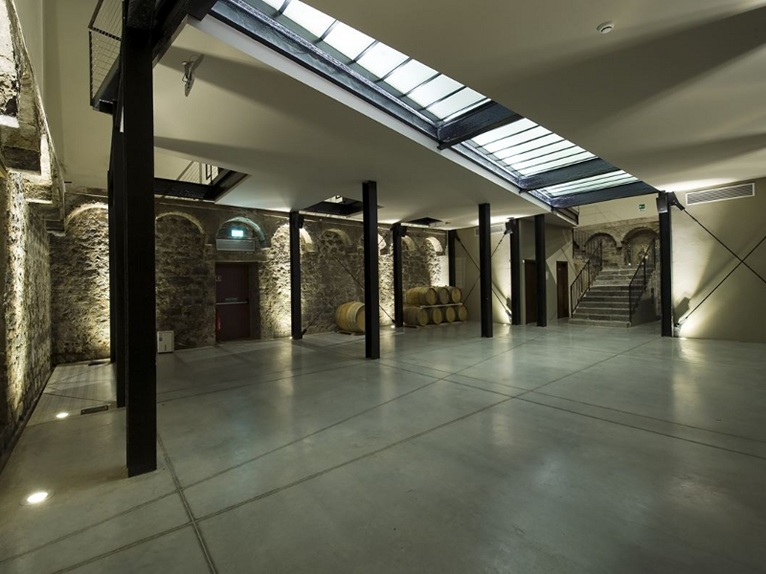 The 'winery and cellar' body, the oldest, has been restored while maintaining intact the original elements (settling basins and drainage system) highlighted by glass protection that make the functional layout transparent. 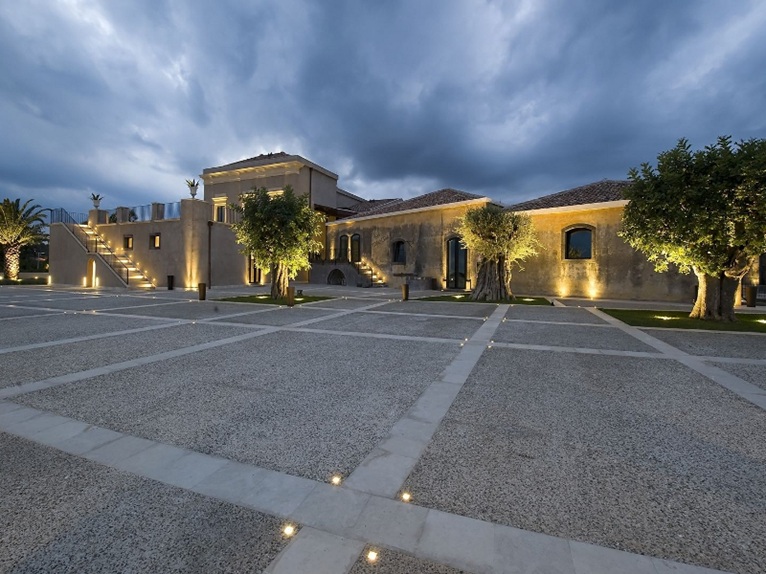 The external courtyard has a white gravel and washed concrete paving, enclosed in large frames created by Comiso stone slabs, highlighted by the almost completely hideaway lighting system made possible by led strips or lights creating a precise lighting scenario. 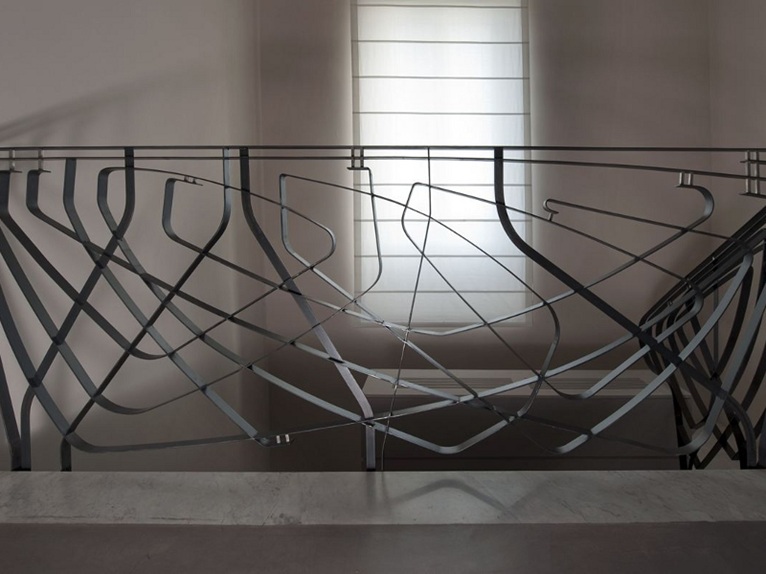 The original entrance is almost completely unchanged and two corten gates have been created with a double laser cut metal sheet for the new entrances according to a pattern of “branches” in which the braids are spatially highlighted by the spacing of the sheets.