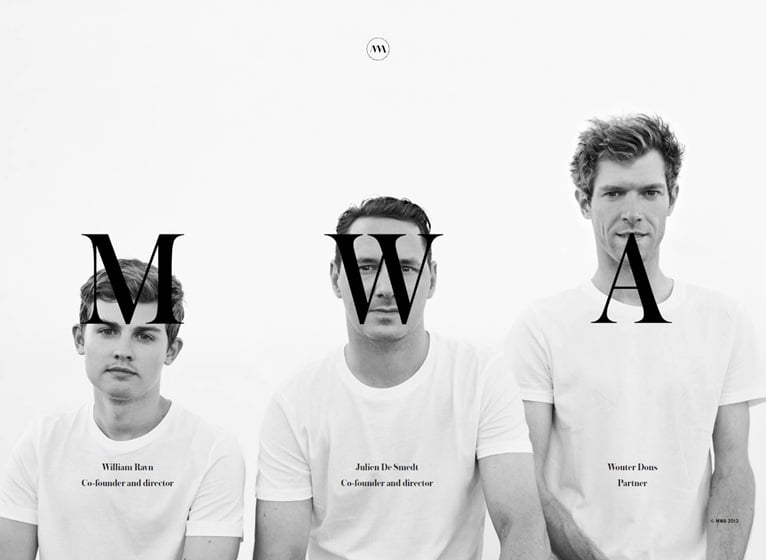 DESIGN_ This year at Maison & Objet the new firm of talented designer MWA will be presenting their first collection. 'Makers With Agendas' is a new design capacity engaged in thinking, producing and distributing design, established in 2013 by Julien de Smedt and William Ravn in Copenhagen and Brussels.

They explore new design typologies for a new society. “If design isn’t about improvement and resolutions, acts of love and care, then why bother?We challenge design to do what we believe it should. Design is acts of love. Of care. Of commitment. Of desire." 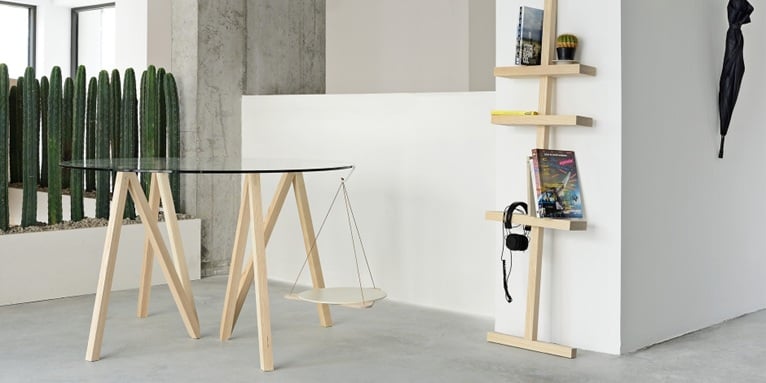 In their projects they try to work with themes and problems rather than just entertain themselves with a cool design. About their work they say “The culture of making is linked to the culture of curiosity. This bizarre alchemy links curiosity to productivity.”

"...we’re Makers rather than Designers. Firstly, by doing so we’re not limiting ourselves to products and furniture only, which is definitely something we need to be clear about. Secondly, there’s a fundamental difference between the way we work as architects, essentially as consultants to clients who call us for projects, and working as a ‘maker’ as we call it, where we initiate everything we deem interesting and then make it. We get closer to our own desires, closer to our products and are also more accountable for everything we get out. Whether all this will add up to smart marketing – it’s a bit early to say. But of course being smart is part of the job".

Furthermore he talks about the interest in "making" underlined by the numerous maker fairs, maker magazines, maker hack-a-thons.

"The culture of making is linked to the culture of curiosity. This bizarre alchemy links curiosity to productivity. Another thing that is paramount about making is that it’s fun. It’s like returning to the moment in childhood when discovering, tasting, touching and using in a different way (because we didn’t know any better) is part of one single action. It’s about learning by doing, trial and error and innovation. We do not belong to a design style. We don’t have aesthetic canons to respect or fellow designers to bow to, as we don’t see ourselves as part of those respectable spheres. I think being a maker is very liberating in many ways. We will engage in everything we want to and in nothing we don’t need to."

Julien is also the co-founder of JDS Architects and PLOT firms and he's currently designing millions of square feet of infrastructure in China, Turkey, Denmark and France. "At first glance one might say you abide by bigger is better." - says KW -  "The MWA projects are a gigantic downshift in scale. Why do you like these projects? Is the design approach and process different from the architectural one?"

"If these projects are smaller in scale, they gather a much wider audience. With architecture I get to intervene in a specific place in society, with specific programs in a specific location."  says JDB.

"The reach is important and our attitude is definitely similar in trying to always resolve and address more issues than the ones we’re hired for. But with Makers With Agendas we get to pick the issues we want to tackle; we’re not tied to a limited site or location of reach, and we can truly let our minds and ideas expand. In some way I feel like those projects are in fact a lot bigger. If you take the modular shelving system ‘Stacked’, which I designed for Muuto. It’s selling hundreds of thousands of units every year with an exponential growth curve. And even though there’s around two million visitors to our Oslo ski jump a year, that number is pretty steady. So imagine what relevance we can create if we start injecting agendas to the projects we address. With Makers, that’s our intention. Our first batch of projects is very domestic. We need to generate a capital to expand our ambitions. We’re entirely self-financed and the stakes are high, so we need to function on a step-by-step formula. The first agenda we’ve addressed is the one of compact design. Accordion is the best student of that class."

Lastly, let's have a look at some of MWA's projects. 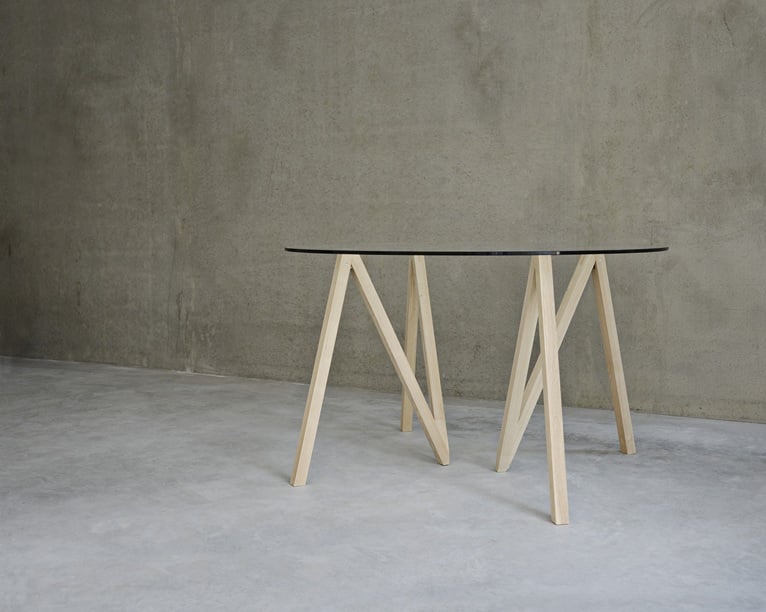 Accordion - designed by Julien de Smedt is the most compact trestle in the world – it spreads out laterally rather than folding, creating a stand for a table top. In a simple accordion-like movement, its legs fold back into a slender stick. 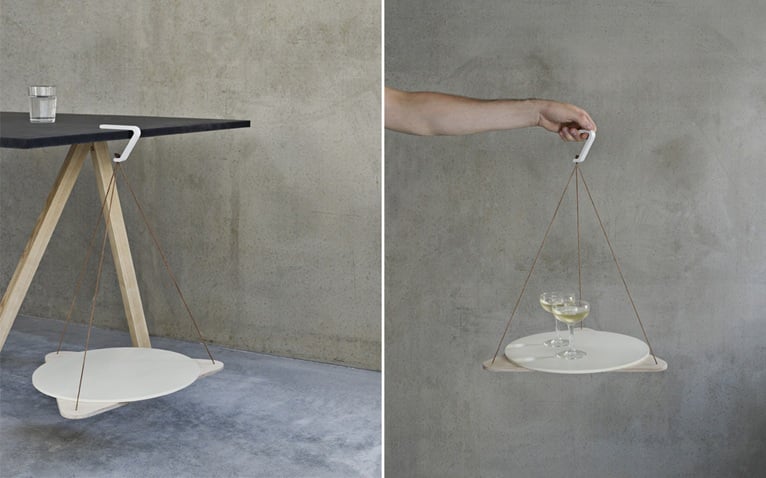 Revisiting an '80s invention, Swing is a single handed tray holding your servings without spilling. 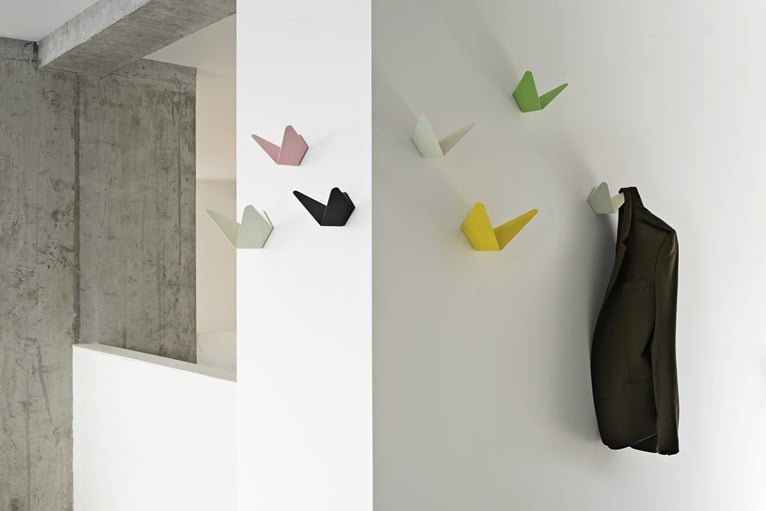 Butterfly - designed by William Ravn -  is a dual coat hook that keeps your wallet and keys right where you need them. 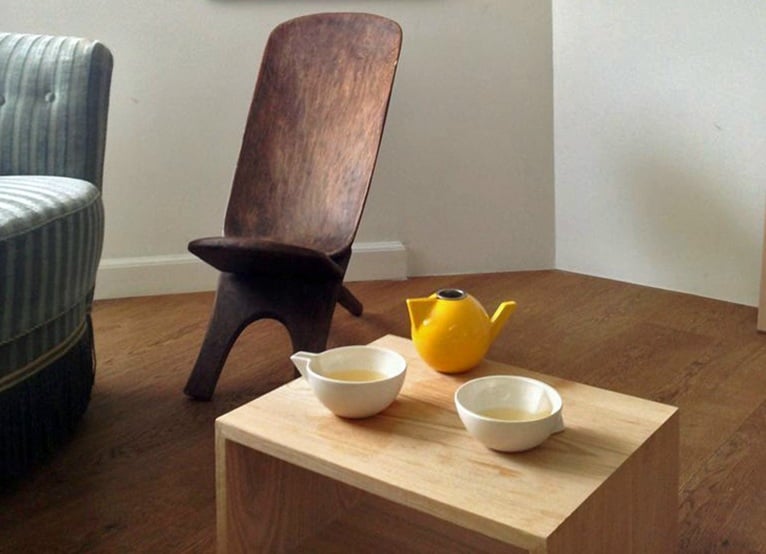 T42 designed by Julien de Smedt is a tea set for two where both cups embrace the teapot is our tribute to conversation.