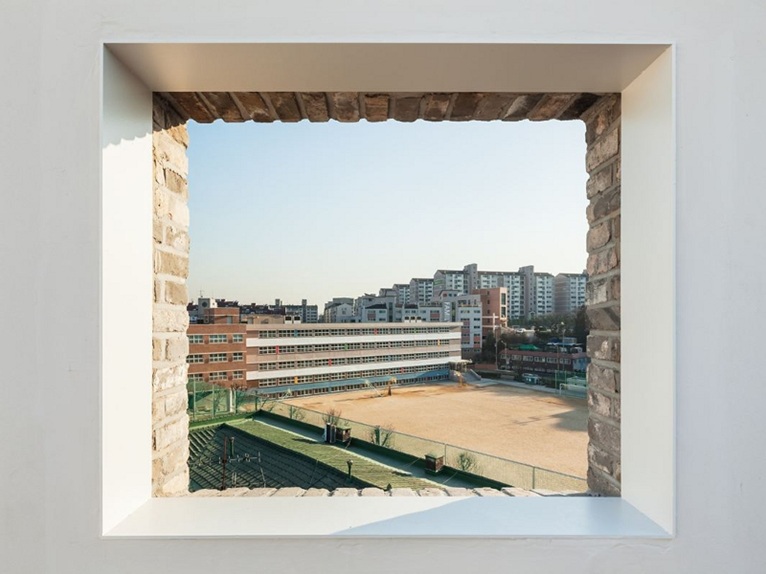 The residential building designed by OBBA Office for Beyond Boundaries Architecture is situated on a corner plot that has made it necessary to cut the volume to respect the regulatory restrictions and for natural lighting requirements. Beyond the Screen looks like a single large building, composed of two blocks connected by a central staircase, resulting in an 'H'-shaped floor plan. 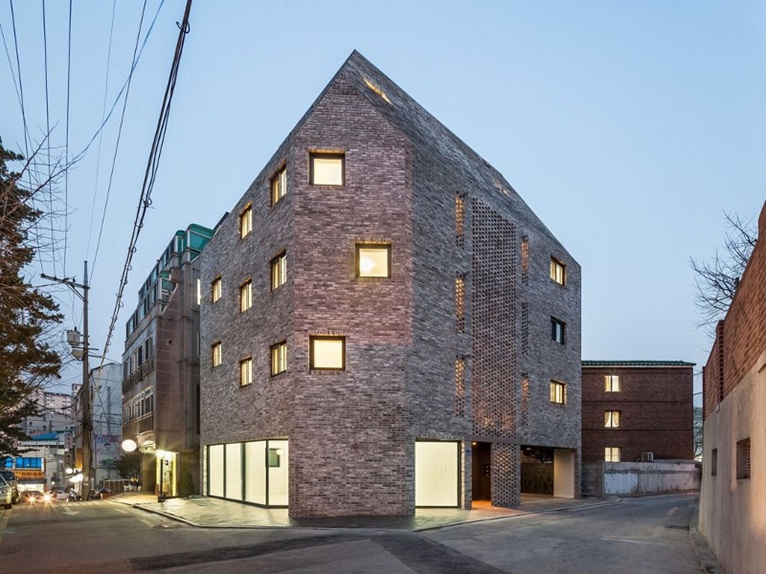 The building was designed to accommodate both the residential function, fourteen apartments on the second to the fourth floor coming in four types of housing, and also the commercial function on the ground floor. 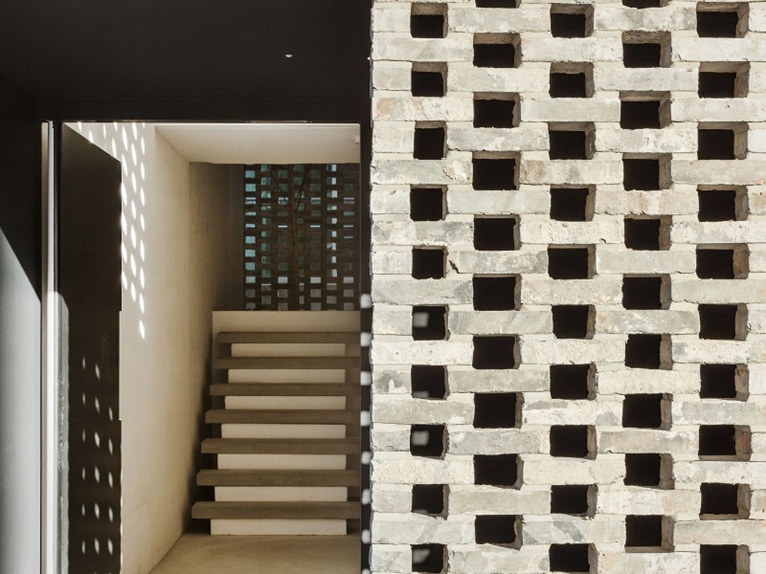 The building has a perforated texture with skipped bricks, which guarantees at the same time the passage of light into the stairwell that leads to the houses, into the inner court and within the residential units, as well as cross ventilation and privacy with respect to the neighbouring buildings. 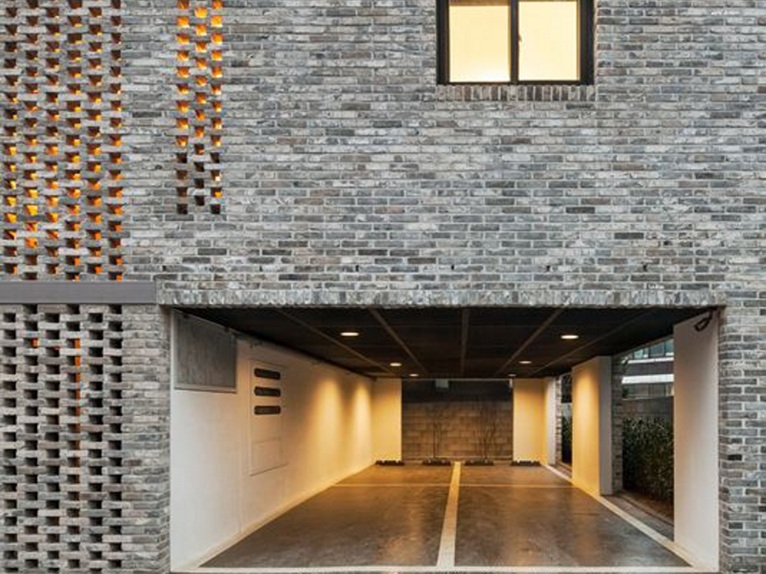 The houses are on split levels, each with direct access from the landing of the connecting staircase that completely eliminates the common corridors, the only common spaces are the internal garden on the ground floor and the roof-garden. 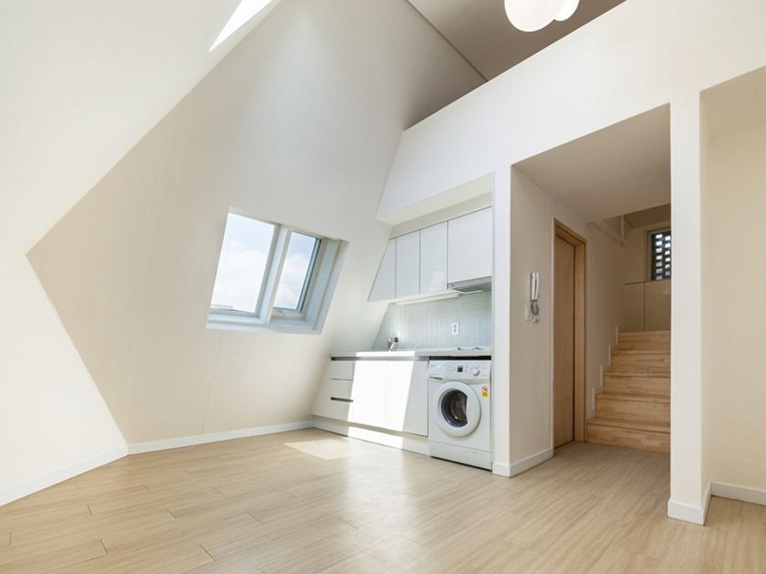 In order to avoid subsequent alterations and modifications of the original design of the building, some special precautions were adopted, including the construction of spaces intended to accommodate the air conditioning systems, should they have to be installed. OBBA has opted for an architecture that anticipates the unexpected.