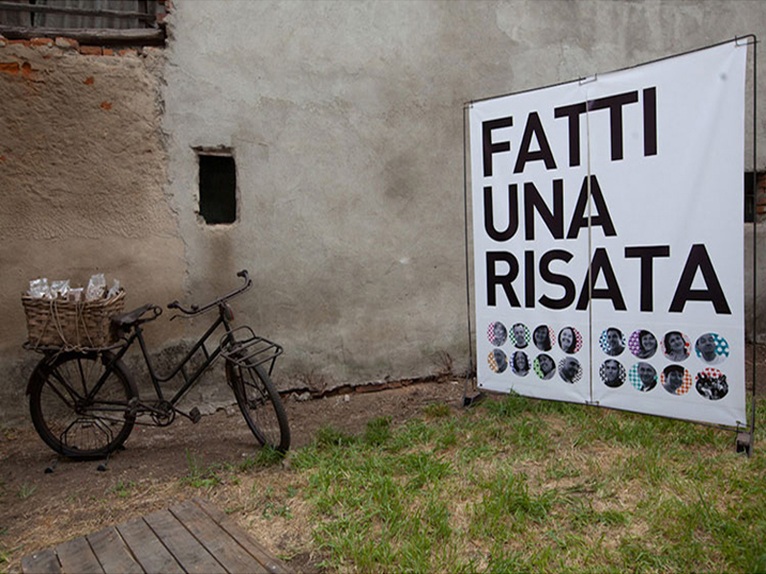 FOODSTYLE_ “Fatti una RISata” is a food project by  “Quelli del Sabato”,  a Voluntary Association aimed for disabeld people, working on the territory of the Province of Novara (Italy).

The aim of the project “Fatti una RISata” has been making disabled people living experiences of training and socialization. Such experiences are basic to strenghten cognitive abilities, manual abilities, and abilities to build up relationships through a series of creative and manufacturing workshops that are important to create autonomy in them and to help them finding a new job.

Relationship, contact, cooperation and the sharing of the various work phases among disabled guys, volunteers and professionals outlined their abilities and encouraged a collective conscience that will be more aware of their problems, but also of their abilities. There is an attempt to support the rising of a social solidarity no longer based on excessive state aid, but on the active involvement of disabled people in our society, so that they can be seen as a resource and not as a burden. 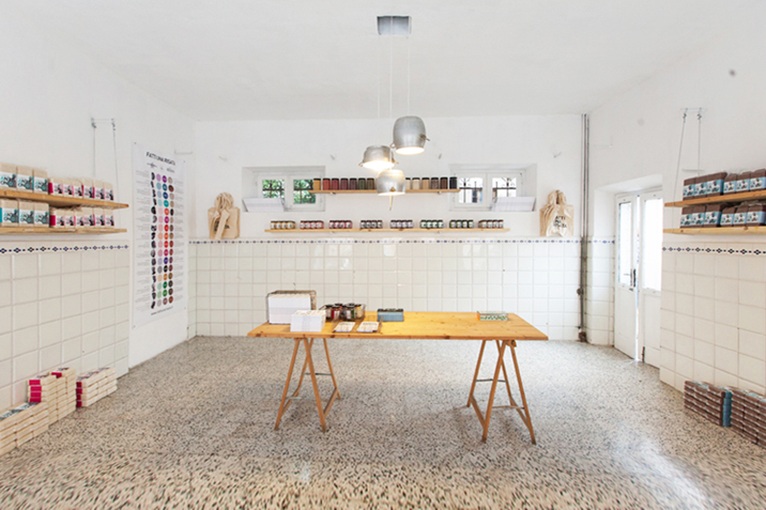 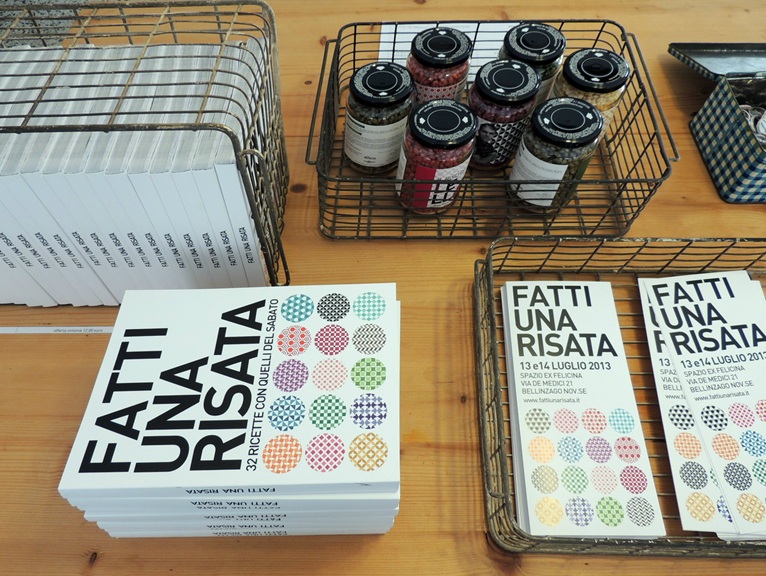 This project involved 15 guys coming from different villages located in the Province of Novara. They all are part of a group called “Quelli del Sabato”. They are people aging from 20 to 60 years, all of them enthusiast and with the envy to give theirselves a challenge. Beside them, there have been some chefs and partners of some restaurants that are an excellence on the territory. They took one of the most difficult challenges for a chef. 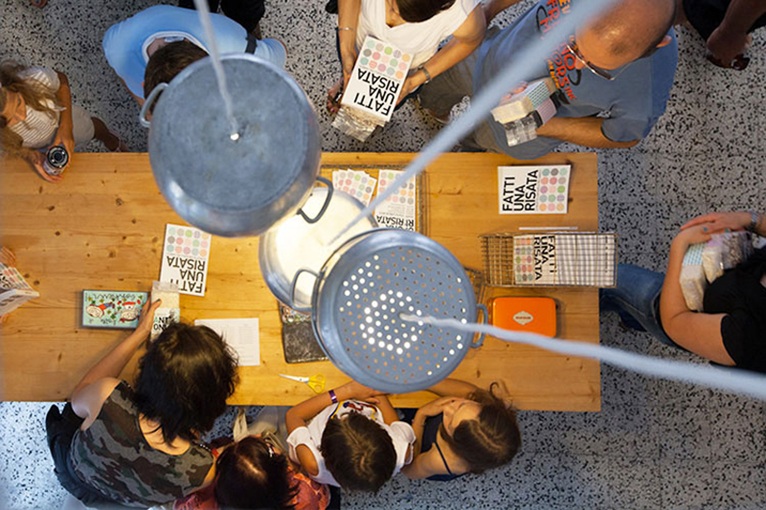 The project started with a series of meetings to better know rice, its characteristics, its features, its use. Then the focus was put on excellent products manufatured following traditional methods, aimed to preserve rice organoleptic qualities and respecting the environment where it is grown. Then, an aware evaluation of rice producers with a site in Piemonte, that was made joining some events like “Rice – I Sapori del Riso Italiano” and “Rice Italy”, that led us to choose a partner rice factory: “Risi&Co.
S.r.l.- Gli Aironi”.

1.“The rice of …” . a new line of rice
The project also studied the different kinds of rice on sale through an aware analysis of the packagings found on the market, made by comparing packagings. With a play experience on the field, these guys, devided in groups, went to visit different dealers. Their aim was to buy some packs of rice that could be a good example for appearence, eccentricity and contents. Final aim: sharing their choices and debate. That was the starting point to think about the packaging of a new line of rice, personalized, unique and original.

The final idea was to create 16 labels, one for each guy and one for the Group, that should match 16 kinds of rice. Personal attitudes would be the criteria to match each person with a product. In a photography workshops, guys were models for the pictures that have been chosen for the labels. They also participate a communication workshop to describe theirselves so that they could write a short script to be shown on each pack. The partnership with the rice factory “Gli Aironi” allowed to have a lot of combinations, thanks to the wide offer of products they have. Refined rice, whole rice and crunchies, that is a kind of rice blown in the oven and flavoured with 15 different flavours. That is their personal patent.

The characteristics of each rice or crunchy were matched with personal characteristics of each member of the group. The label shows the picture of each guy and his/her description and also some advices on how to use the product. A texture and a plain colour, that is different for every packaging, help to better identify products.

The claim “Il riso di …” (meaning: “The rice of”) gives the idea of the project. To share rice broadly speaking. The proposal of a product for a tasty recipe and also the excuse to celebrate a special occasion. 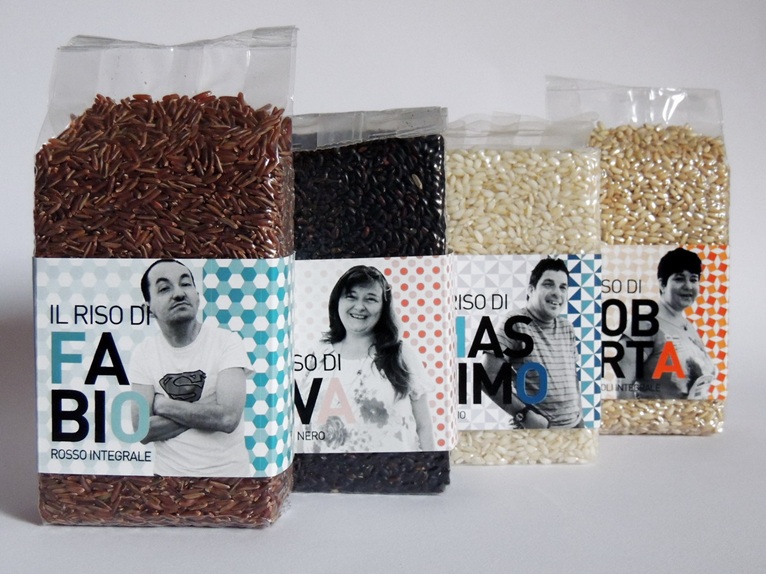 After the creation of the new line of rice packaging, it was the time to think about how to use rice for cooking purposes. The analysis of a recipe: the ways of preparing, times, possible variations. The envy to test the product proposed pushed voluneers and guys to test theirselves as cooks. And also to think about a particular recipe book.
Some recipe books that can be found in shops have been analysed: those that are merely descriptive, photo recipe books, books on a specific food, books for children. Then, guys were asked to collect some traditional recipes of rice dishes (prepared by members of their families or friends) or recipes that they could invent, dishes that they would dream to taste, dishes that needed to be tested yet. To create such a book, guys were divided in groups composed by three persons each and everyone had the possibility to live an experience in a professional kitchen, together with a chef or an expert, and followed by a camera. 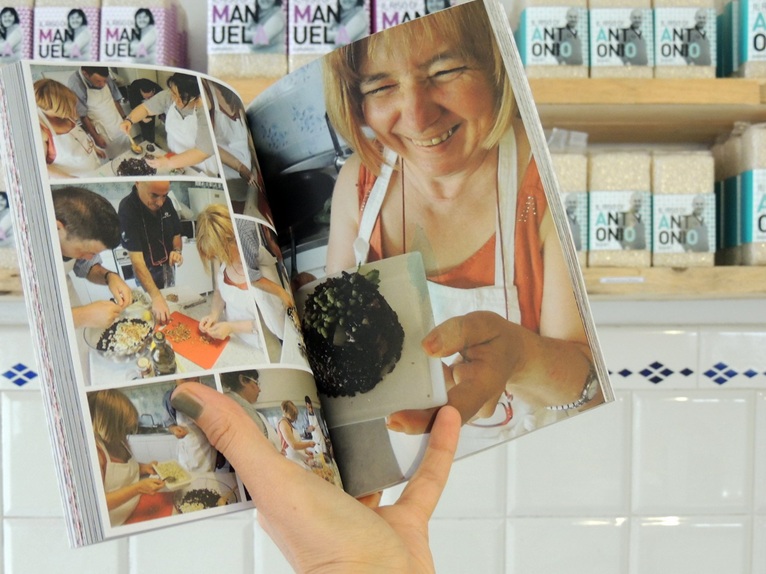 The website http://www.fattiunarisata.it can be seen as a showcase that tells us about Rice and Recipe book. It is also a tool to be informed about events and to have some news about the project.

4. Events
The project will have some tasting events, some occasions where the new line of rice will be presented and to present the recipe book, and some events where guys can test theirselves creating the setting of a location, welcoming clients, being waiters, creating a special atmosphere. 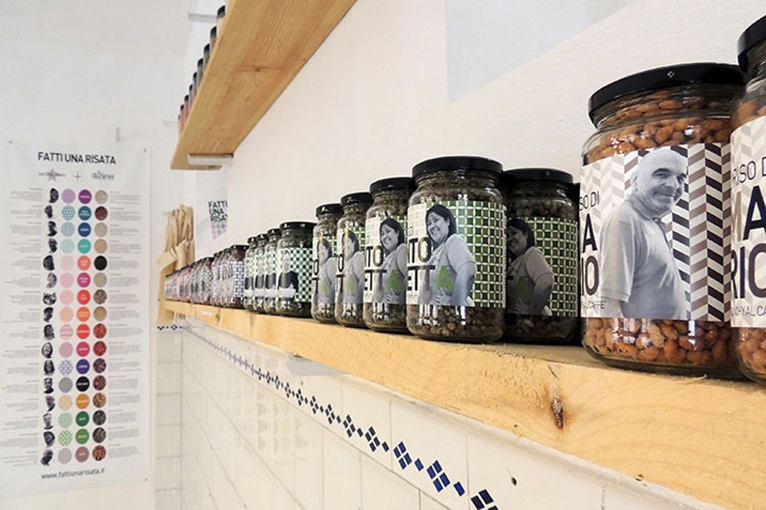 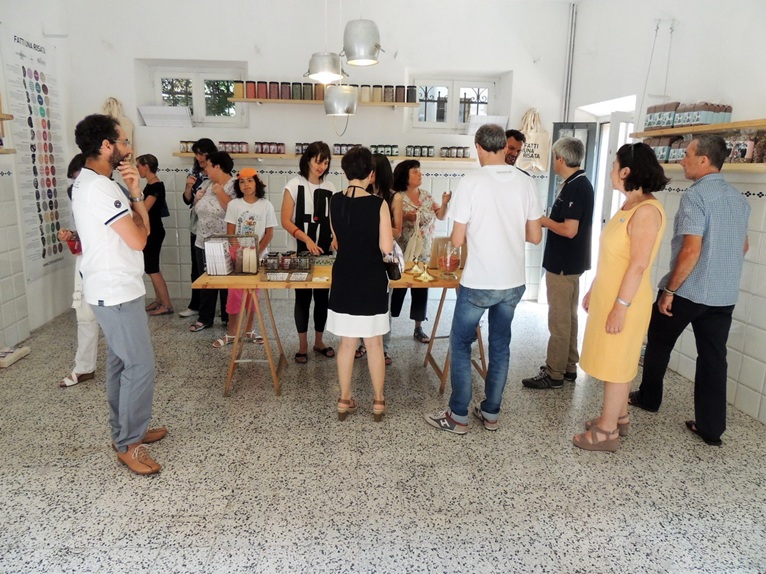 The “Quelli del Sabato”  group - born in 1992 - is currently composed by about 30 people, including disabled guys and volunteers. Each of them has different skills to share and that can be useful for different projects.

Among the more important projects in these last years:

- “Per Farla Breve” (Meaning “To make a long story short”) 2011/12 - A project that gave life to a short movie called “La Panchina (The Bench)”
- “UgualmenteAbili”  (Meaning: “Equally able”) 2010/11 - An advertising campaign having this name: “68/99. Calcolami ho i numeri per lavorare (Please, count on me: I have the numbers to work well”, aimed to make the businesses sensitive towards the employment
of disabled workers.)
- “Siamo già noi un cinema!” (Meaning: “We ourselves are a strange story!”) 2008 - Three amateur short movies
- “Fuori Tutti … Entriamo Noi!”  (Meaning: “Move from the stage... it’s our turn!” 2006 - A live stage performance)