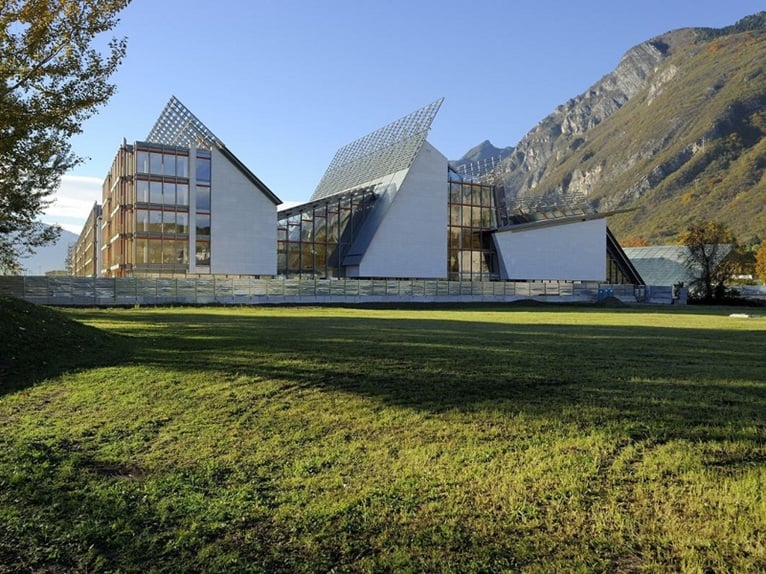 The MUSE - Museo delle Scienze, the Science Museum designed by Renzo Piano, was officially opened on Saturday night at Trento in Italy. The inaugural marathon, which began at 6 pm on Saturday July 27th saw the museum host a 24 hour non-stop series of events.

The MUSE was born in an urban and landscape context that was the result of a unique design vision that has the ambition of qualifying as a major urban redevelopment of this area of the city, the former Michelin industrial area, towards its river. The area contains commercial, residential – like the newly-opened Le Albere - and tertiary functions, as well as those of public interest, of which the MUSE is the greatest expression. 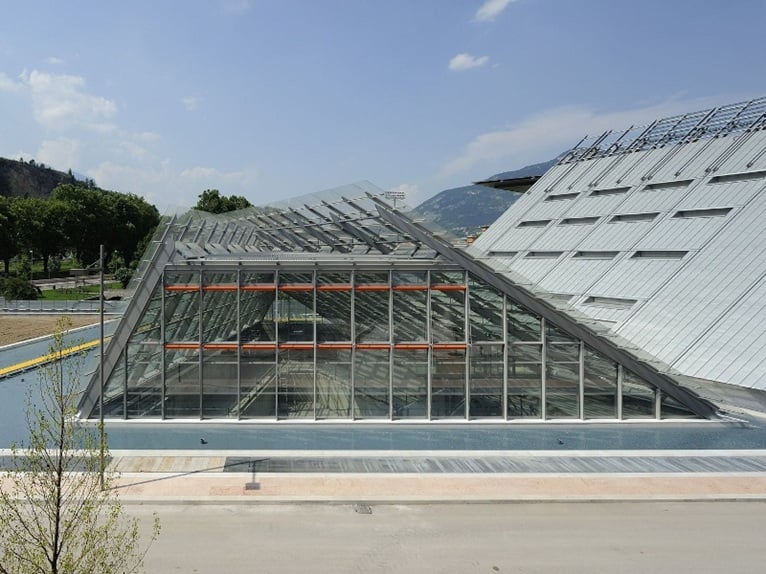 The profile of the structure designed by Renzo Piano draws on the surrounding mountains and the same organization on several floors of the tour itinerary is a kind of metaphor of the mountain environment. The architectural idea came from the research into a correct balance between the need for flexibility and a response to the scientific content of the cultural project which is precise and coherent. The building, whose functions are developed in 2 basement levels and 5 above ground, is made up of a sequence of spaces and volumes, of solids and voids, lying on a large body of water on which they seem to float, multiplying the effects and the vibrations of light and shadows. All is held together, at the top, by the large flaps of the roof which follow the curves, becoming a strong element of recognizability. 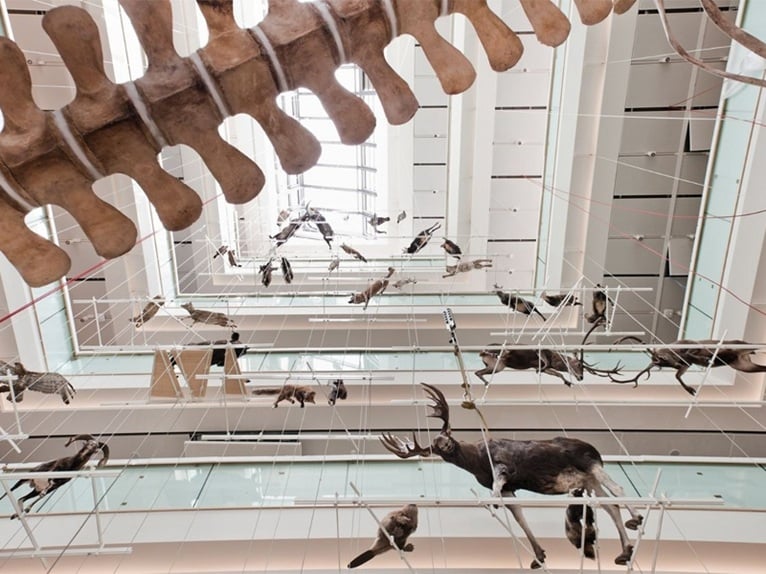 The building - LEED Gold certified - has been created with great attention to the principles of sustainability: it has the capacity to save energy and produce it through a system of solar panels and geothermal wells that go down to a hundred feet deep.

The shape of the building, a metaphor of the mountain, orders and marks the itinerary of the permanent exhibition: from top to bottom. Once through the entrance, the visitor becomes the protagonist of a 360° journey of the senses. From the fourth floor, gradually going down, visitors pass from the locations of the peaks occupied by the permafrost to the bewilderment of getting lost in a “maze of alpine biodiversity”. The nature trail ends in the basement with a story that leads us to the discovery of the origin of life to reach the largest dinosaur exhibition in the Alps. 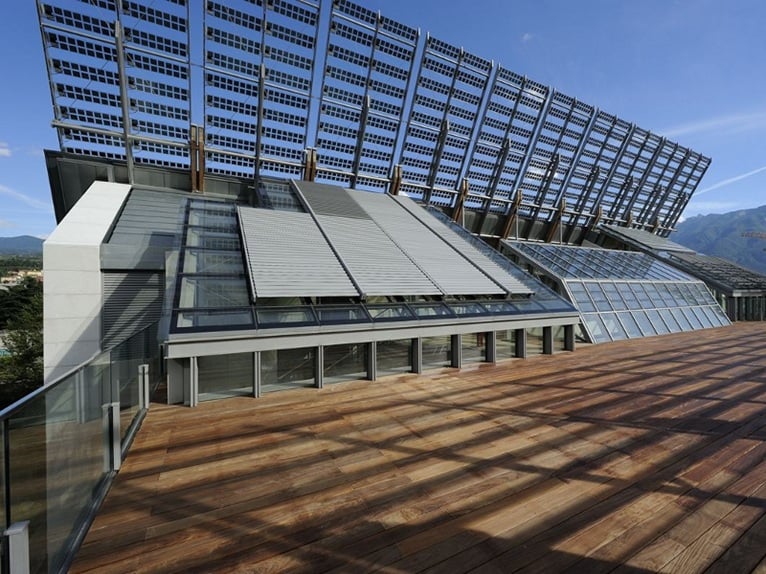 “A museum of science must, by definition, celebrate the complexity and fragility of the Earth”, says Renzo Piano. “the central space, the 'Great Void', which visually connects the five floors of the museum, hosts a celebration of the biodiversity of our planet: from the top, where you meet a glacier, to the bottom, where the visitor is greeted by the floating skeleton of a whale, to the tropical mountain greenhouse”.

The exhibition design was developed in parallel with the definition of the scientific – didactic programme. The basic idea was to aim at an “invisible set up” that does not prevail over the content. Hence the idea of “Zero Gravity”, that is suspending all the objects from thin steel cables: tables, shelves, panels, monitors, photographs, artefacts, everything is “suspended” in space and also in time. The space thus “designed”, like a musical score, will be populated and the visitor will enter into a fantasy world where, as a spectator and actor at the same time, they will be able to perceive and understand the connections and synergies between nature and science. 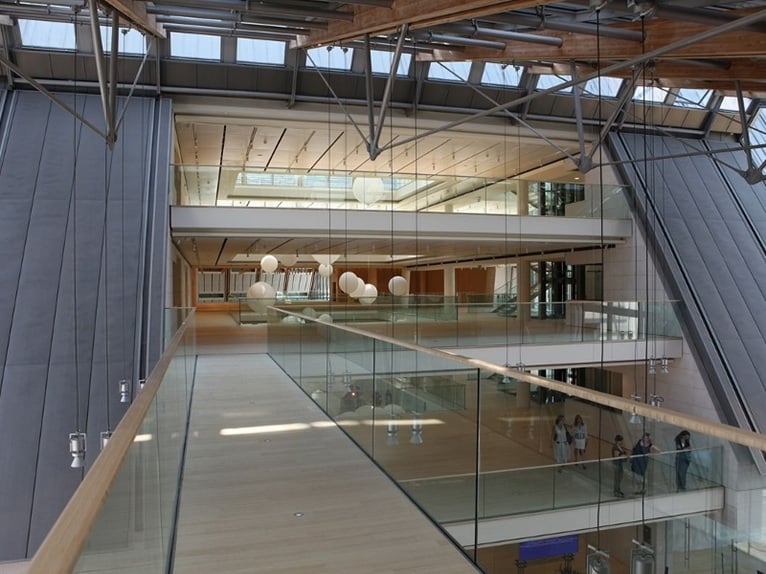 “When a project ends, suddenly that building is no longer yours, but belongs to the community, which is now responsible for populating these environments, building and developing knowledge” concludes Renzo Piano. “The human element is a fundamental dimension of this architecture, together with the light, joyfulness, merriment. So the entrance of the MUSE becomes a sort of public place designed for people, which continues outside, in the lawn and in the new district, connected through an underpass at the heart of the city. In these rooms, alternating areas of light and shade, everyone is welcome. Architecture should be joyous, it must tenaciously cultivate the idea that cultural places are places of civilization and of meeting, where the same joy can be found and participated in.”