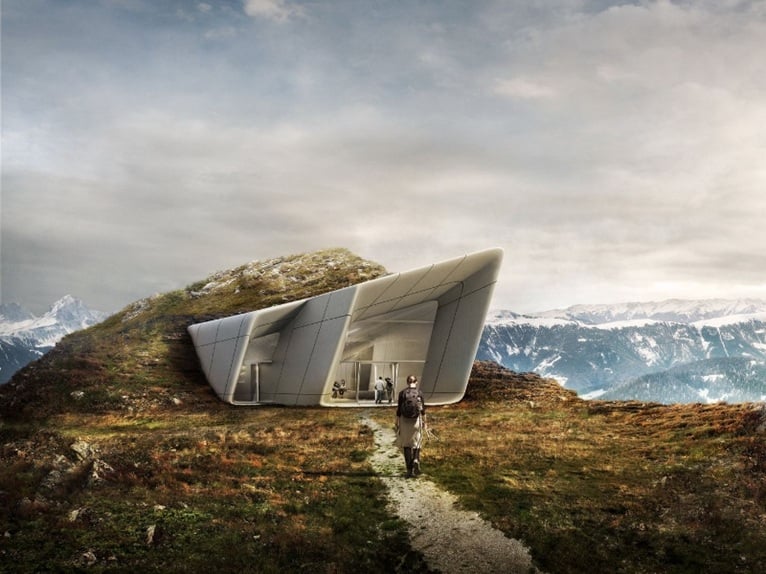 The official opening of the highest museum in South Tyrol (2,275 meters above sea level) is planned for summer 2014. It is the MMM Messner Mountain Museum Corones, the sixth and latest museum that Reinhold Messner has dedicated to the mountains.

StarchitectZaha Hadid was called upon to design this latest 'jewel'. She has defined and shared the growth of a project that from the very beginning has been shown to be one using cutting edge architecture. 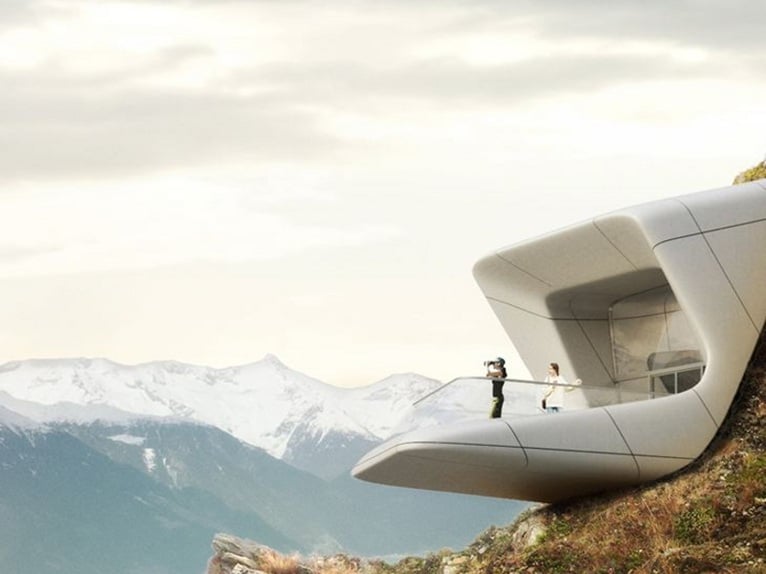 The Museum will develop mainly underground and is articulated on different levels so that, despite the 1,000 square meters of available space, only a fraction of it will require construction above ground. The underground construction solution means that the Messner Mountain Museum Corones will enjoy a constant internal temperature both in summer and in winter, thus allowing optimization of energy efficiency. The upper level will house the entrance area with the ticket offices, a small “Museum-shop” and the cloakroom with lockers. From here, a system of cascading stairways will lead visitors to the three underlying exhibition levels, until the lower level is reached. 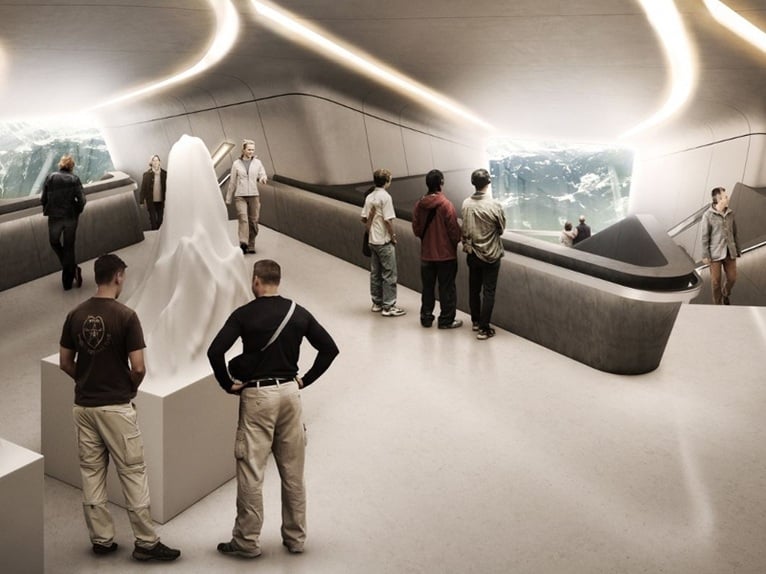 A central exhibition space, which represents the “heart” of the Museum, will provide adequate space for specific temporary exhibitions and presentations. On the lower level of the structure, visitors will find several panoramic windows until they reach an external terrace of about 40 square meters, from which they can enjoy the beautiful views, ranging from the Zillertal valley to the Ortler mountain in the Alps, to the Dolomites. This will intensify the relationship between the external mountain environment and the theme of the museum, the gigantic rock walls that embody the principle discipline of mountaineering. On this level, there will also be a small cinema with around twenty seats, for special films. The main building material will be concrete; walls, ceilings and architectural elements visible from the outside (entrance, fixtures and terrace) will have façades with an air gap made of prefabricated concrete. 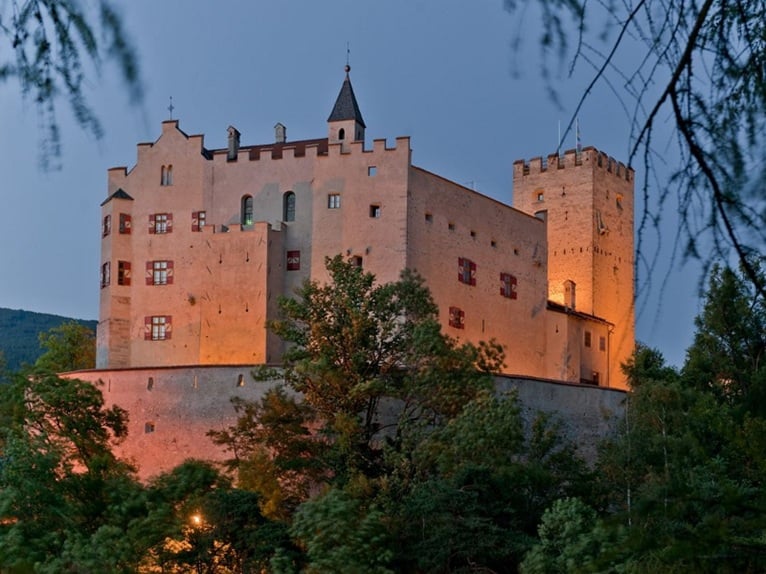 One of the last museums made by Messner was the MMM Messner Mountain Museum RIPA (2011) in Brunico Castle, which was designed by EM2 ARCHITEKTEN. The goal was to restore the old walls, eliminating the non-historical parts and to make the past and the original periods visible and readable, allowing the different mountain peoples to tell their story in a suitable environment. The expansion buildings in the entrance area of the castle are consciously constructed of wood to facilitate diversification between new and old, between transience and continuity. The basement expansion in the massive and cold medieval boundary walls house exhibitions focused on nomads in the world.