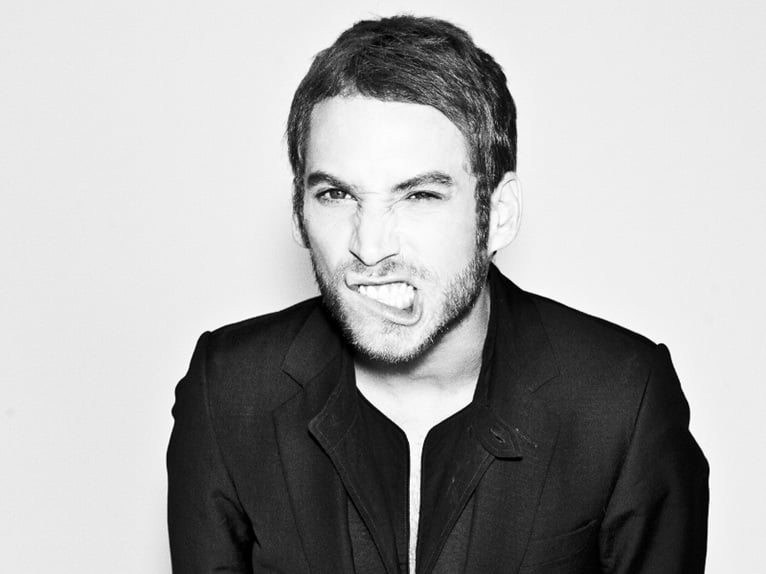 On Friday 27 September, at 15.00, French designer Ito Morabito (known as Ora- Ïto), will be presenting the Ora-Ïto Design event at Cersaie's Architecture Gallery.

Born at Marseilles in 1977, he started his career at the age of 20, designing imaginary products and pretending that they were novelties issued by famous international brands, from Louis Vuitton – for whom he designed a bag which, for its time, was highly transgressive – to Bic, Levi's, Visa, Nike and Apple. No-one had commissioned them, but many clients actually attempted to purchase them from his website and from the showrooms of the brands in question, thus ensuring the success of his virtual design concept.

Ora-Ïto (www.ora-ito.com) then moved from Marseilles to Paris, where he opened his own studio and registered his trademark. Many companies, rather than taking him to court over his virtual designs, started to commission actual products from him. As a result, he designed a silver jewellery line for Christofle, lamps for Artemide, the Heineken beer bottle in aluminium and one in plastic for Evian, the Montre watch for Swatch, an armchair for Zanotta and a new packaging concept for Guerlain cosmetics. He also designed installations like the “Rendez-vous Toyota” showroom in Paris, the most extensive architectonic use of Corian® at the time.

Everything he dreams up seems to come from another dimension. Like his cars, designed for Citroen and exhibited at the 2011 Furniture salon. Taking his inspiration from the history of the French car manufacturer, he designed the Evomobil and UFO, a cross between a spacecraft and a car, a futuristic reinterpretation of the manufacturer's two most emblematic products, the Traction Avant and the DS, which he has called “the most beautiful and space-like of all cars”.

In 2012 Ora-Ïto used his fertile imagination on behalf of Scavolini, designing the Foodshelf, a kitchen floating somewhere between the traditional hearth and the living room. The underlying idea is simple enough: for a kitchen to be the heart of the home, it cannot remain confined to a separate room, but should rather invade the entire space, thus forming the core of a functional and aesthetic continuity. The result was a set of fixed modules which can be put together in an almost unlimited number of ways, and can also be used in other areas of the home.

See the interview with Ora-Ïto at iSaloni 2013: