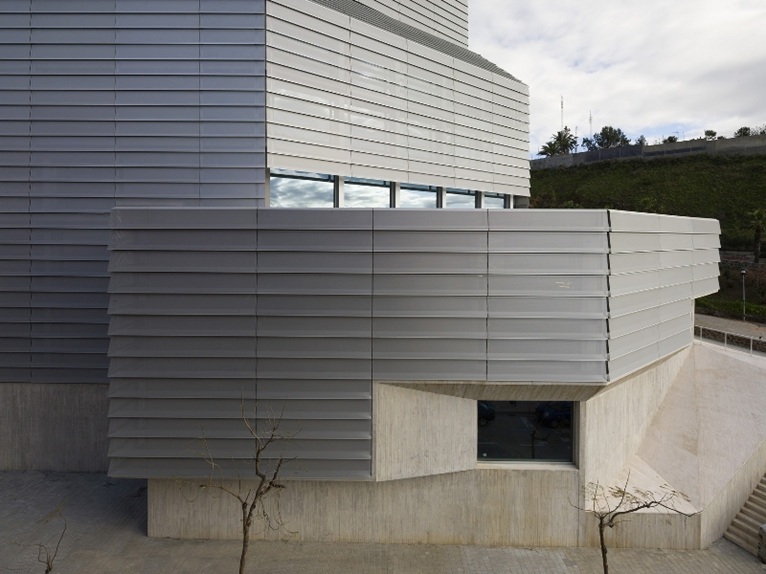 The new PUBLIC LIBRARY IN CEUTA designed by Spanish office Paredes Pedrosa Arquitectos gets its shape from the particular topography of the land characterized by a steep gradient and by the presence of a 14th century archaeological site.

The architects Ángela García de Paredes and Ignacio Pedrosa reinterpret the symbolic and cultural value of the archaeological area englobing it inside the building, turning it into one of the most attractive parts of the intervention and incorporating it as an “urban document of the past”. 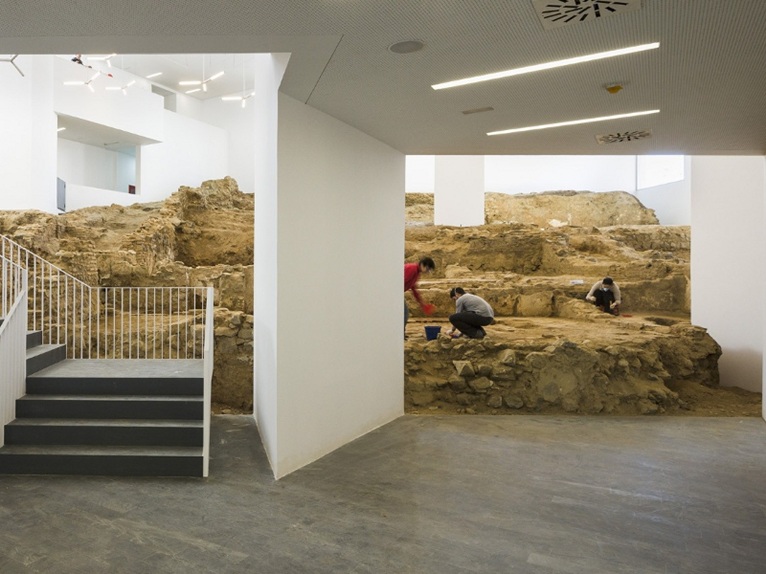 The complex comes within the medieval orthogonal pattern rotated compared to the grid, to follow the perimeter of the foundations of the archaeological site, symbolising the strong influence of the Muslim culture on the city with a simple architectural gesture. 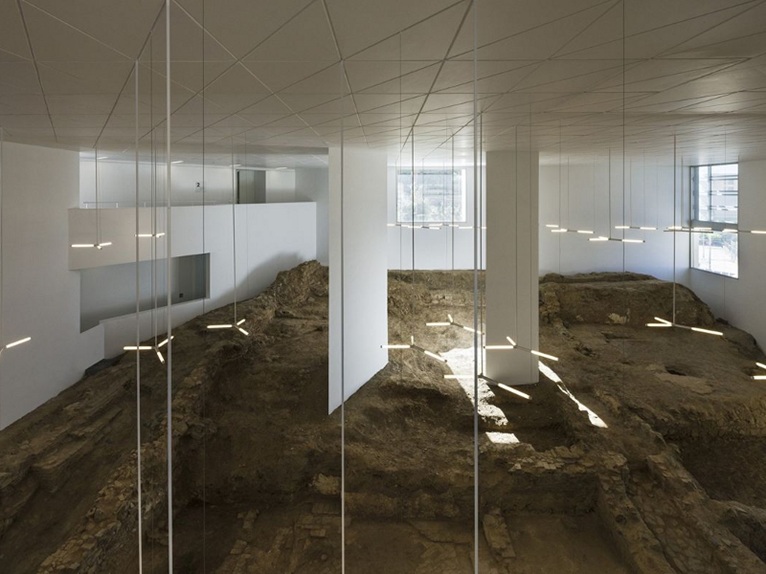 The library is characterized by a compact and solid appearance outside and “emptied” inside to accommodate the central archaeological space, surrounded by inner terraces that host reading spaces.This organization allows you to maintain visual continuity between the spaces that make up the library.