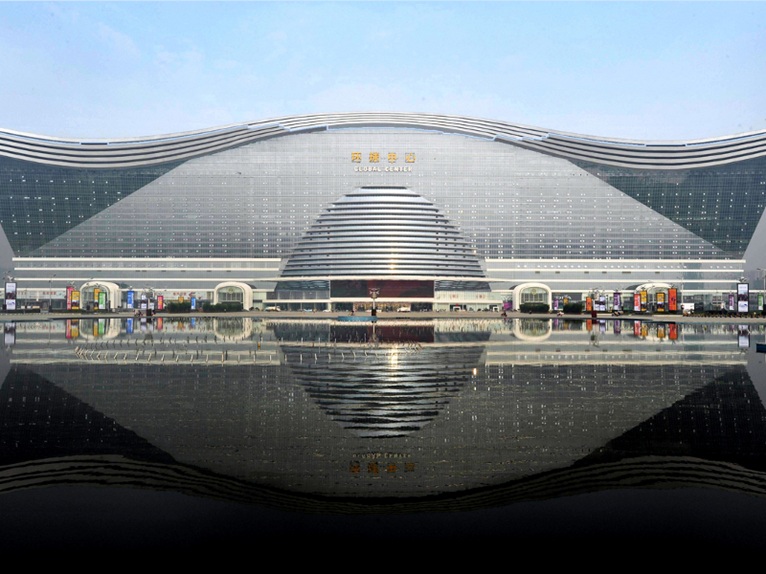 After three years of construction the Chengdu Global Center is finished, and officially opened to the public June 28, to coincide with the opening of Metro Line 1's Ocean Park Station.

As planned the plaza in front of the of the nearly 500-meter-long building features a musical fountain, but there is no sign of construction of the originally announced Art Center designed by renowned architect Zaha Hadid. 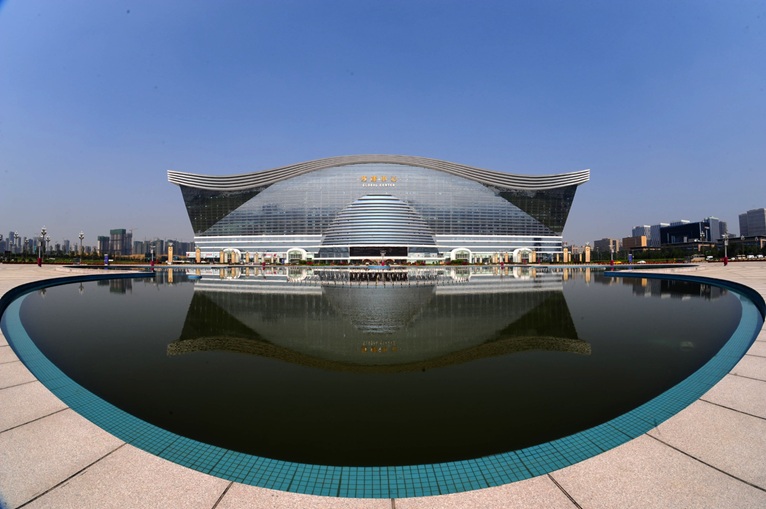 With a dedicated indoor area of 1.76 million square meters, the Global Center is the world's largest standalone structure. A fair share of that space will be used for offices, but the building will also be home to southwest China's largest shopping and entertainment mall, featuring a 14-screen IMAX Cineplex and an ice-skating rink large enough to hold international skating and ice-hockey competitions. 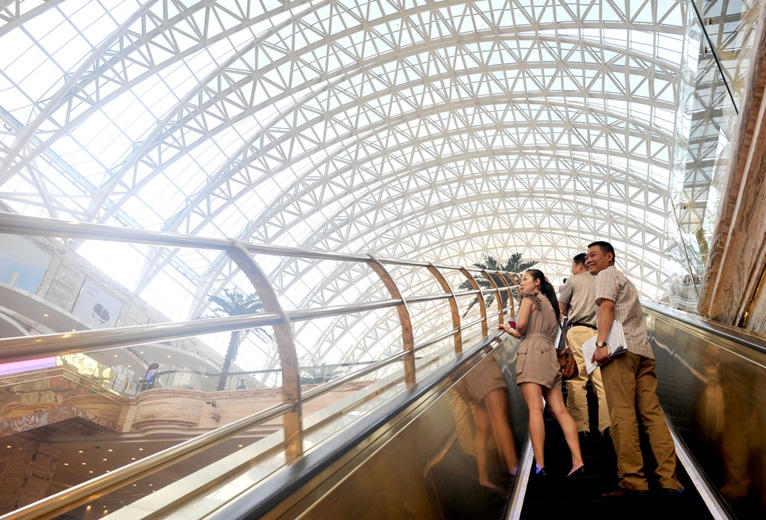 "The One of Everything" is the slogan of the mall that seems to be equally applicable to the stated food offerings, which promise all kinds of international and Chinese cuisines—so far, confirmed restaurants include the Tex-Mex chain Chichi, the Singaporean bistro Ya Kun, and the South Korean café chain Hollys Coffee. 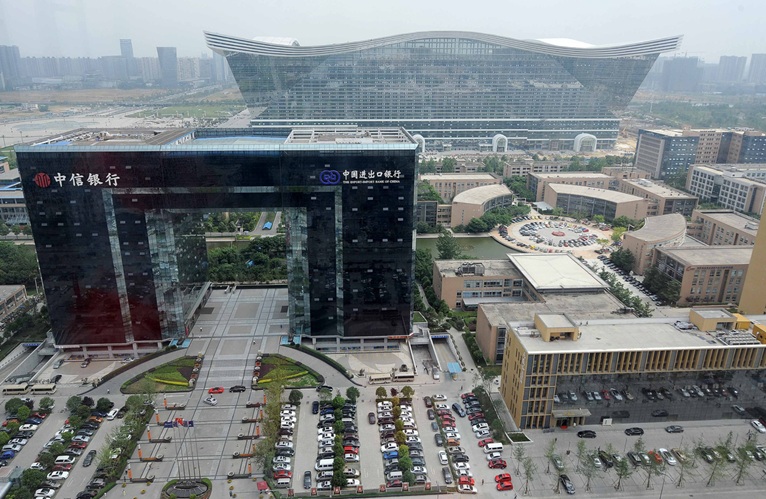 In the central part of the building is a 250,000 ocean park with a 400-meter-long indoor "beach," replete with the world's biggest LED screen in the background. 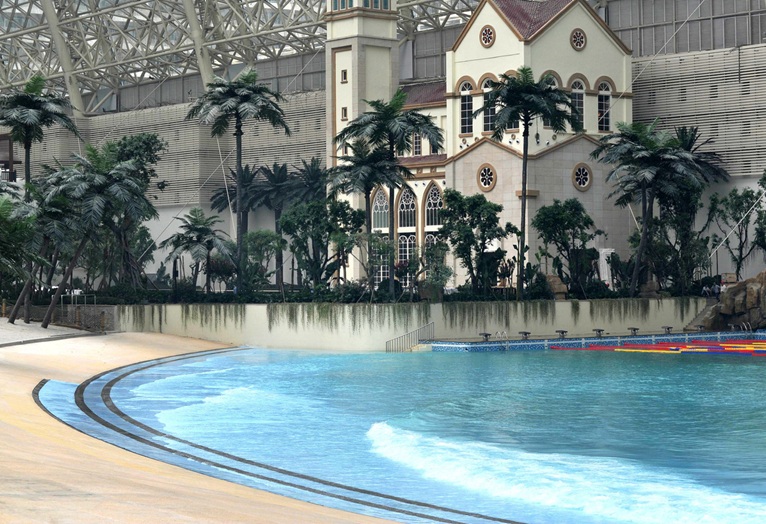