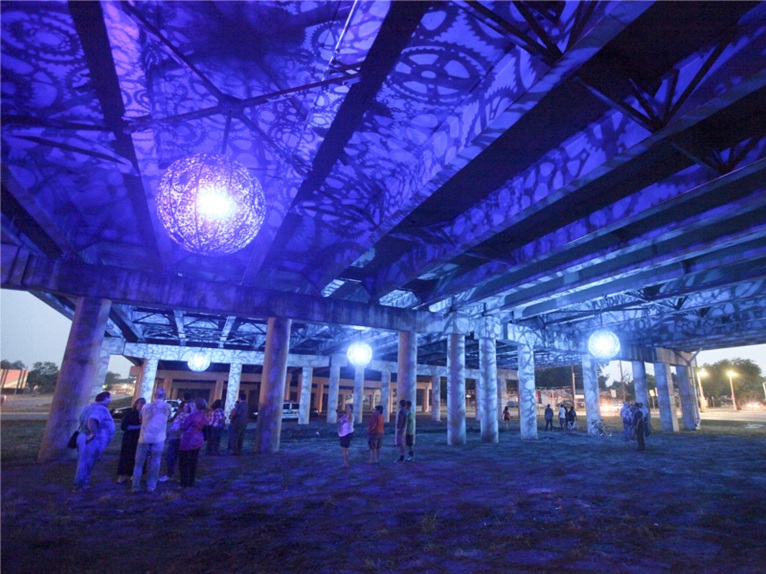 Drawing from the formal elegance of the freeway underpass and the cultural currents of the surrounding neighborhoods, the piece transforms a forgotten space into one that connects the community in San Antonio (Texas). 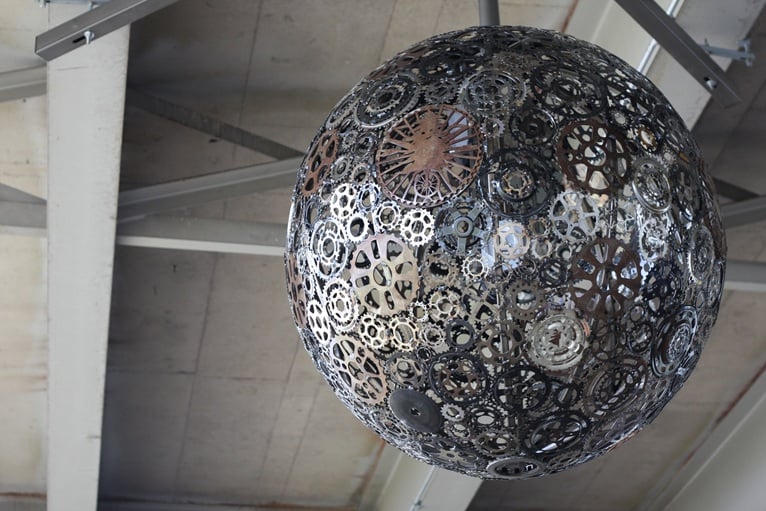 Melding grandeur with a sense of neighborhood rejuvenation, the sculptures weld recycled bike parts into refined forms. Ballroom Luminoso references the area's past, present, and future in the design of its intricately detailed medallions. The images in the medallions draw on the community’s agricultural history, strong Hispanic heritage, and burgeoning environmental movement.

"With this project, as with all our projects, we began with extensive research into the cultural and social threads than run through the neighborhood. We didn't want to represent the city as a whole, but we tried to delve into the specific neighborhoods surrounding Theo and Malone Avenues" explain the artists. 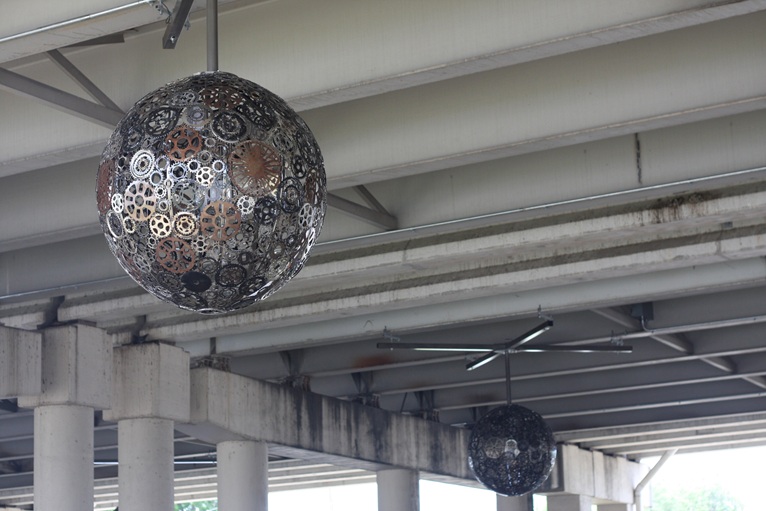 The medallions are a play on the iconography of La Loteria, which has become a touchstone of Hispanic culture. Utilizing traditional tropes like La Escalera (the Ladder), La Rosa (the Rose), and La Sandía (the Watermelon), the piece alludes to the neighborhood’s farming roots and horticultural achievements. Each character playfully rides a bike acting as a metaphor for the neighborhood’s environmental progress, its concurrent eco-restoration projects, and its developing cycling culture. 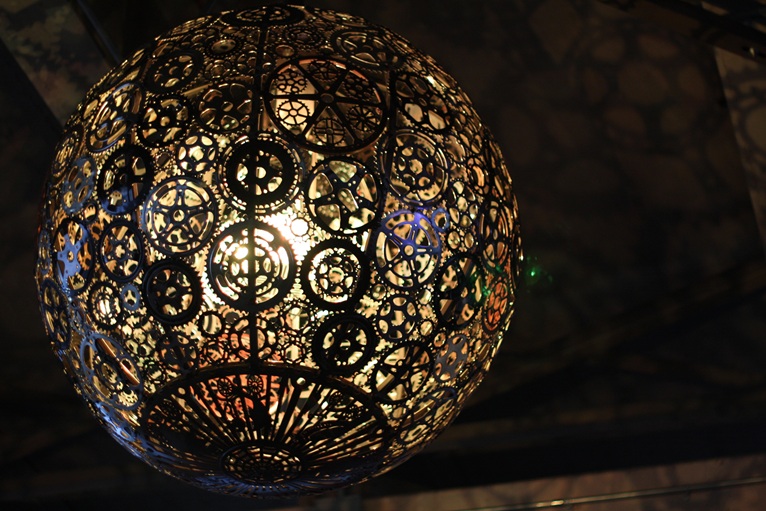