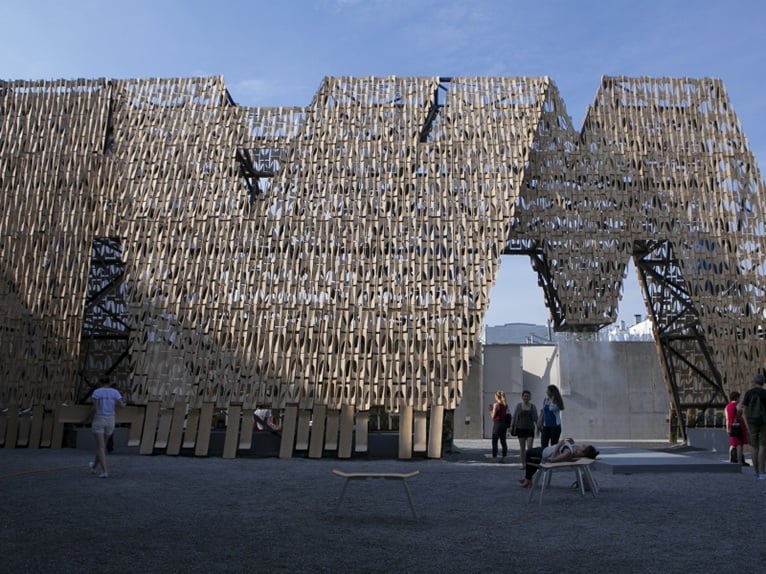 In the last two weeks the installations made by young architectural offices winners of YAP - Young Architects Program 2013 have been opened around world.

The program envisages that each year an architectural office designs an installation capable of offering visitors a space for summer events, in collaboration with MoMA, the Maxxi, Constructo and, for the first time this year, the Istanbul Museum of Modern Art in Turkey. 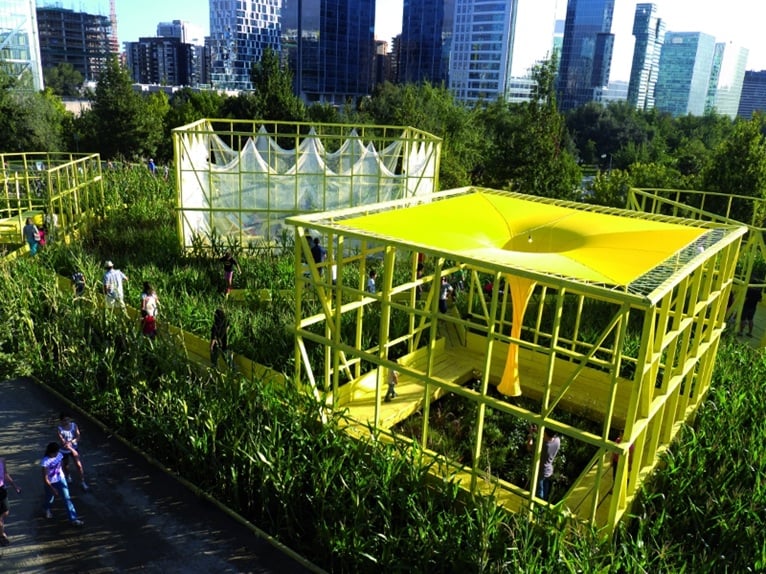 The first in chronological order to be opened was Garden of Forking Paths in Santiago Chile by Chilean office Beals + Lyon architects. The colourful wooden structures have been placed in the Parque Araucano, an area of booming real estate expansion, to emphasize the importance of spaces that are perceived as places of calm and relaxation, where you can find the contact with nature and in which man is at the “centre” of the architecture.

“The structures have an ambiguous nature: they are both natural and artificial, public and private, they define an enclosed space, but still with a strong continuity with the outside world” explain the two architects.

The complex, like a labyrinth, is made up of four structures painted yellow linked together with catwalks. The Chilean YAP was organized in collaboration with CONSTRUCTO the cultural platform founded by Jeanette Plaut and Mercelo Sarovic. 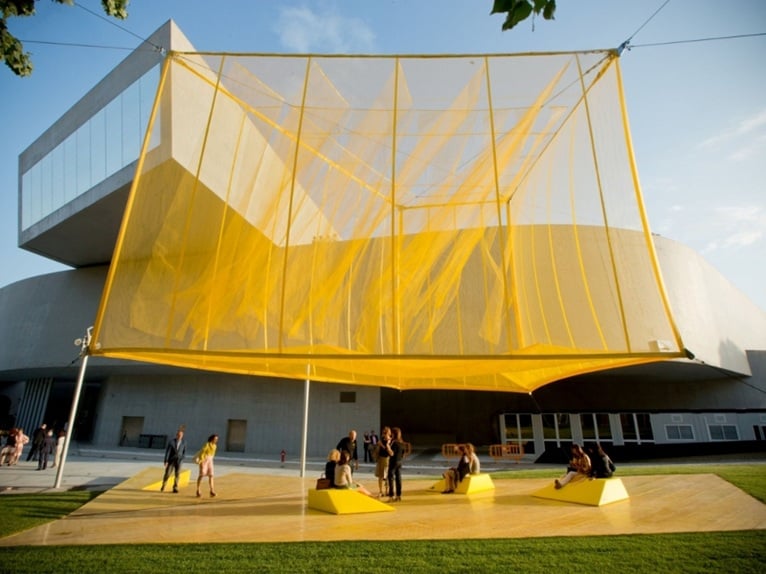 Returning to Italy, last week in the courtyard of the Maxxi in Rome, the installation He designed by the young Turin office bam!bottega di architettura metropolitana was opened. HE is “a great suspended volume that creates a shaded and cool space during the day which becomes a bright and charming lantern at night” the architects explain, “During the day, water drips from the perimeter of the prism that ideally marks the space underneath the volume and creates a refreshing curtain for the public.”

The most eagerly awaited of the four projects was unveiled at the beginning of last week in New York, Party Wall (pictured at the top of the page) designed by Caroline O'Donnell, founder of CODA. The two-layered structure is clad by a series of wooden modules that create interesting shadow play inside. The pavilion consists of small movable stages to host performances that will take place during the Warm up events in the courtyard of the MoMA PS1. 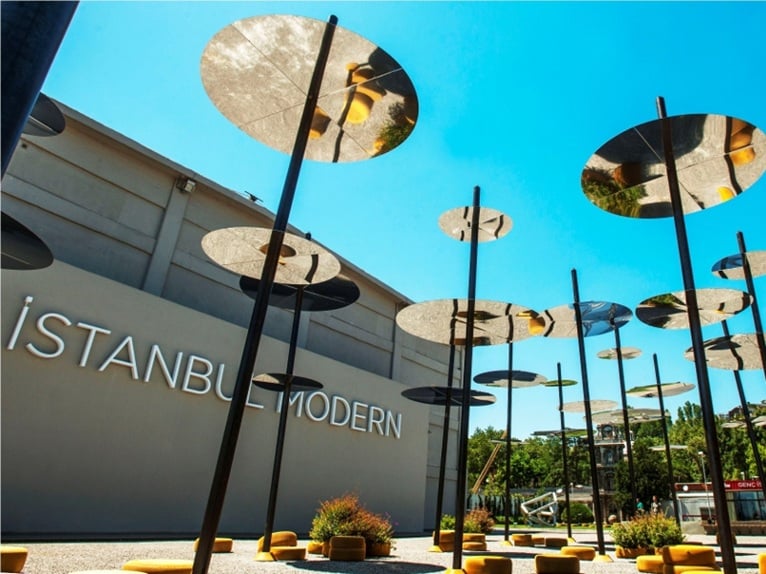 Sky Spotting Stop is the project created in the outdoor spaces of the Istanbul Museum of Modern Art by SO? architects. A series of ad hoc structures crowned by a circular mirror element, creating an “artificial forest” in the museum garden, with plays of light, which change during the different times of day according to the reflection of sunlight.