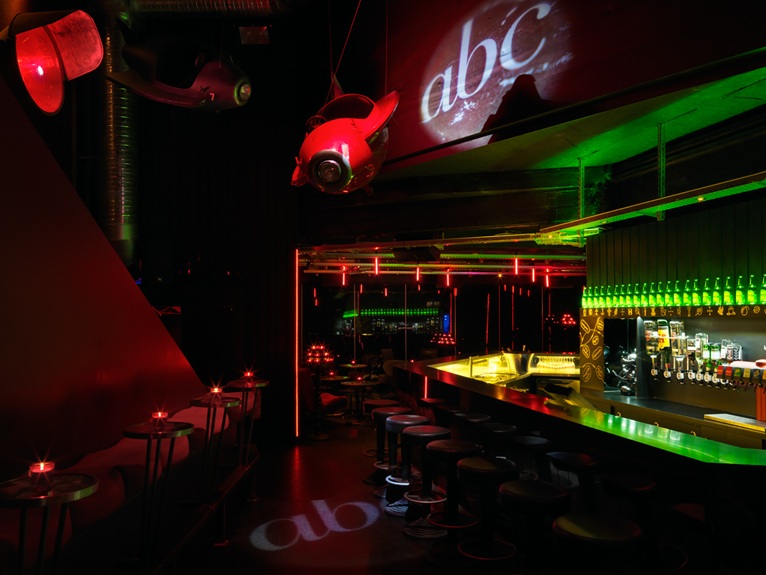 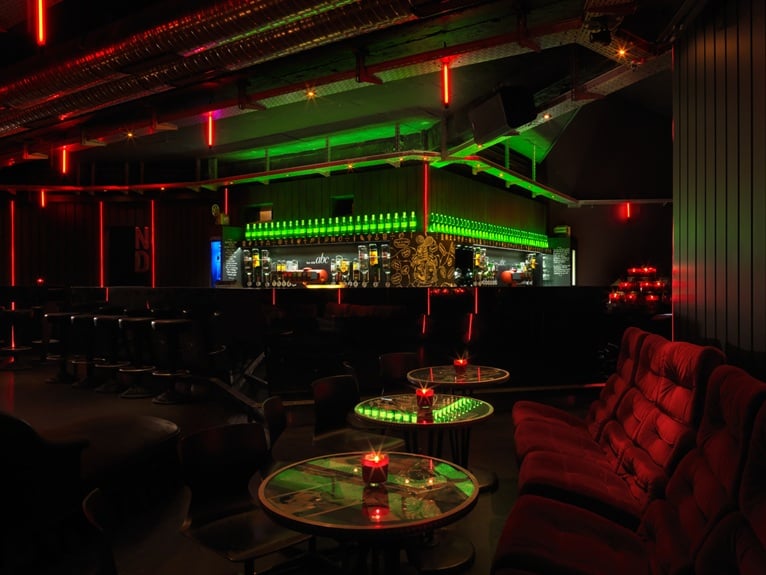 The bar-club is located where the balcony of the “Lumen” used to be: this former Lausanne cinema opened in 1908 then became the “ABC” in 1935. It was, at one time, one of the largest screens in Europe. In 1998, the cinema became the D! club, where the clubbing area took up the two spatial sections: the stalls and the balcony. 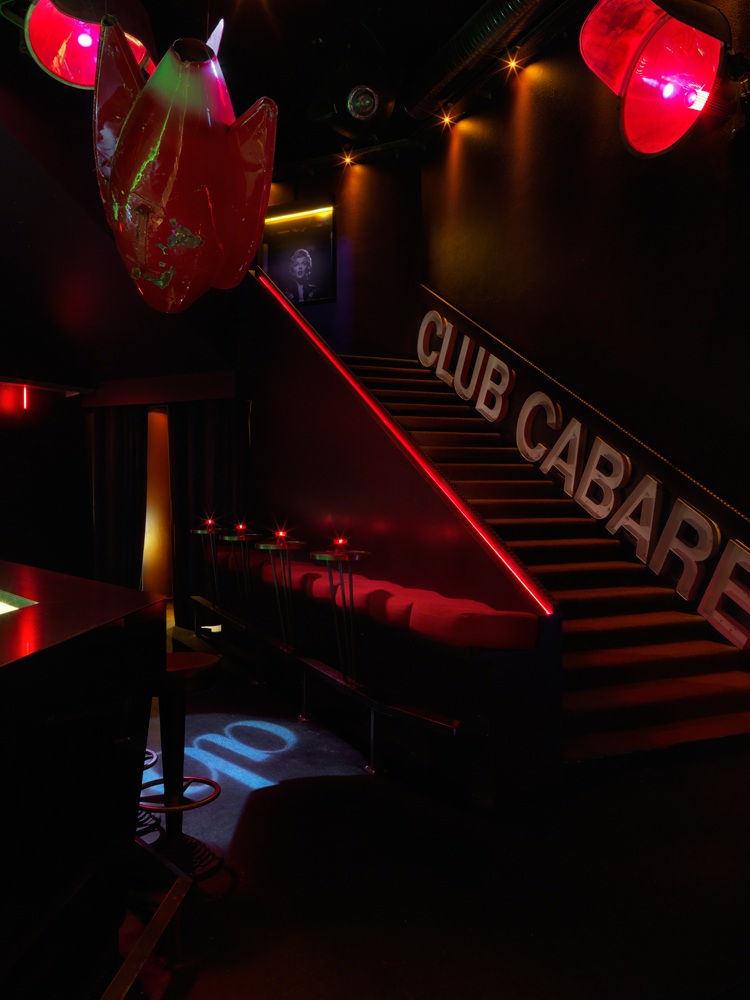 In 2012, the architects sas architecture and the client developed a “club within the club” concept for the balcony, separate from the D! club. They designed an intimate area both “rock attitude” and chic. The balcony’s original volumes were made visible again and magnified, retaining the possibility of reverting to the original immense volume for specific events. The client’s wish was for extreme flexibility of use and a very striking identity. 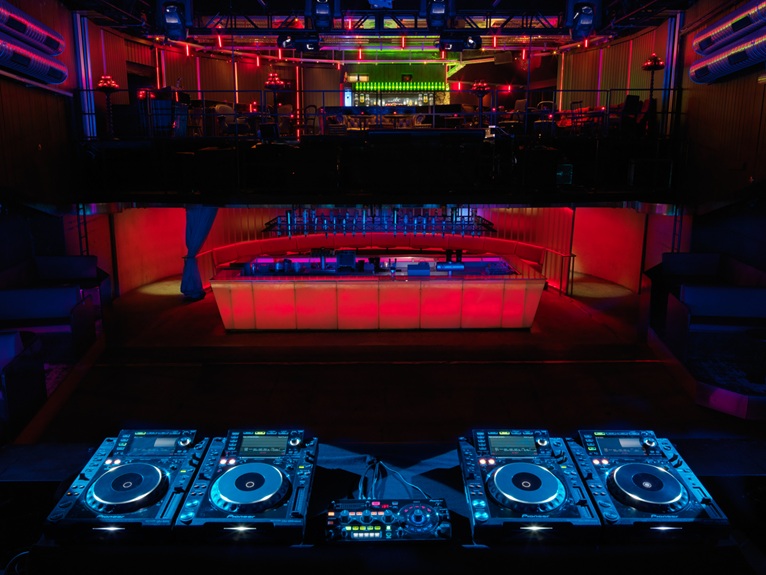 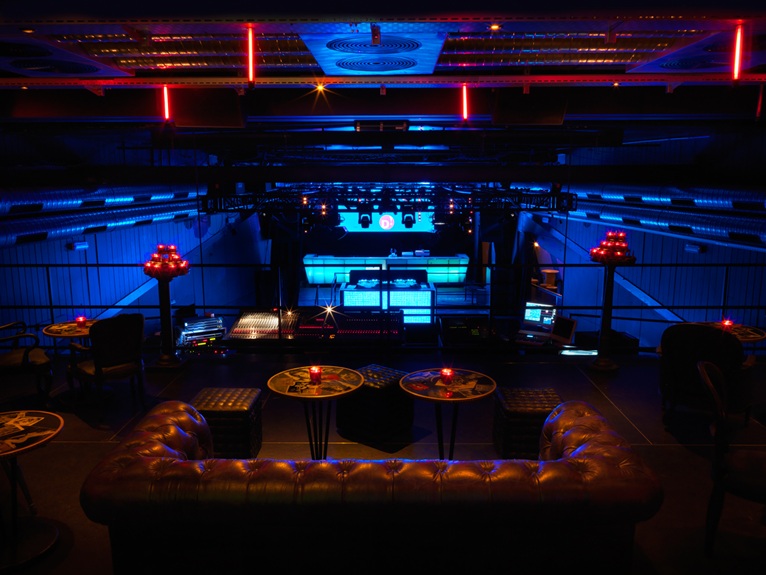 The architects played with the building’s historic features as well as with its facetted geometry. They introduced reflection effects to splinter the existing space. The existing bar element was extended and tiled with tinted mirrors. It therefore became an impressive shining element connecting the full height of the former entry area with the former balcony. 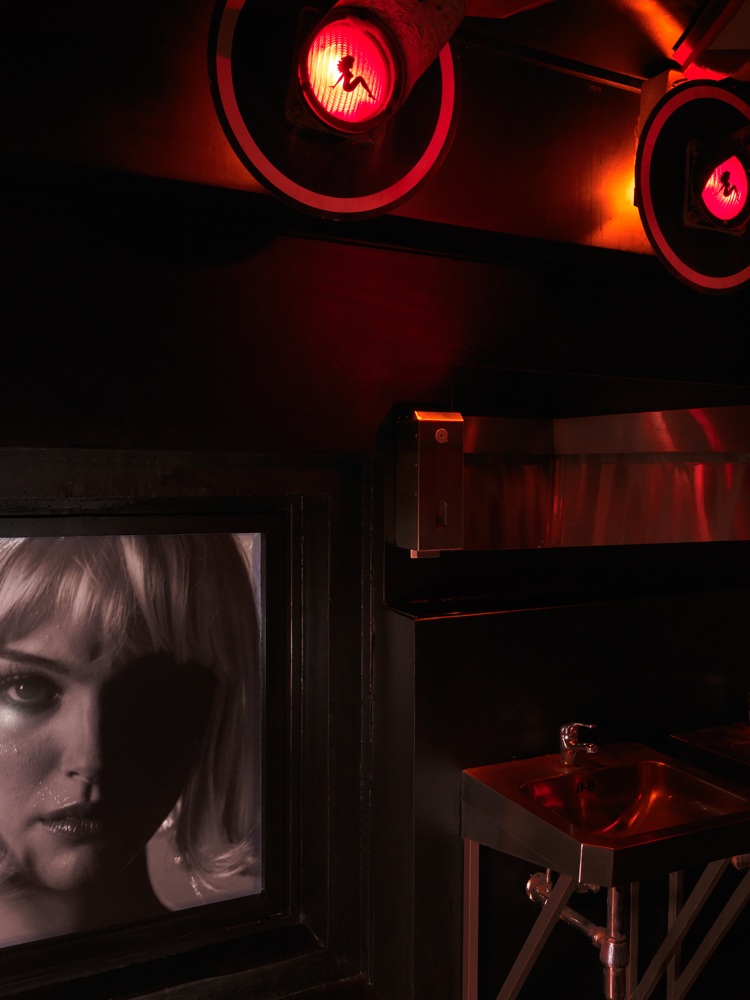 Decor and lighting were developed with decorator Alexandre Boyer who repeatedly made reference to the cinema: Merry-Go-Round planes chasing each other 5 meters up in the air, tables recovered from former cabaret “La Belle Époque”; 2 colossal light fixtures from Le Havre, Normandy shipyards; velvet drapes; cinema seats; Ladies’ decorated with “Dolce Vita” paparazzi paraphernalia; and a “Closer” movie atmosphere in the Gents’.