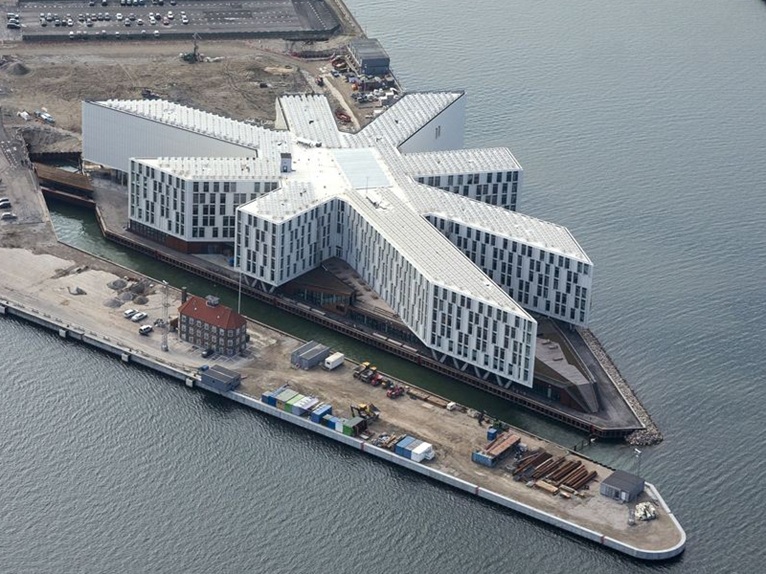 Copenhagen - 4th July 2013 - The new UN headquarters in Copenhagen, designed by Danish firm 3XN Architects will be inaugurated today. Designed with clear references to the identity and values of the United Nations, UN City will host all the various UN organizations, such as the WHO - World Health Organization, WFP - United Nations World Food Programme and UNICEF. 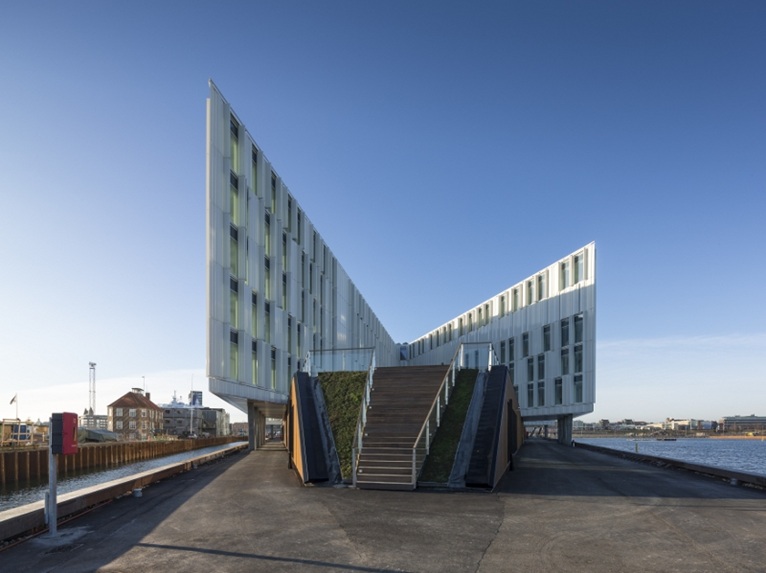 3XN's project is the answer to the wishes of the United Nations for an iconic building that expressed the values and authority of the organization. More specifically, the new headquarters reflects the nature of each UN unit: independent, efficient and professional, but at the same time clearly rooted in a common set of values inspired by the motto “United in action”. 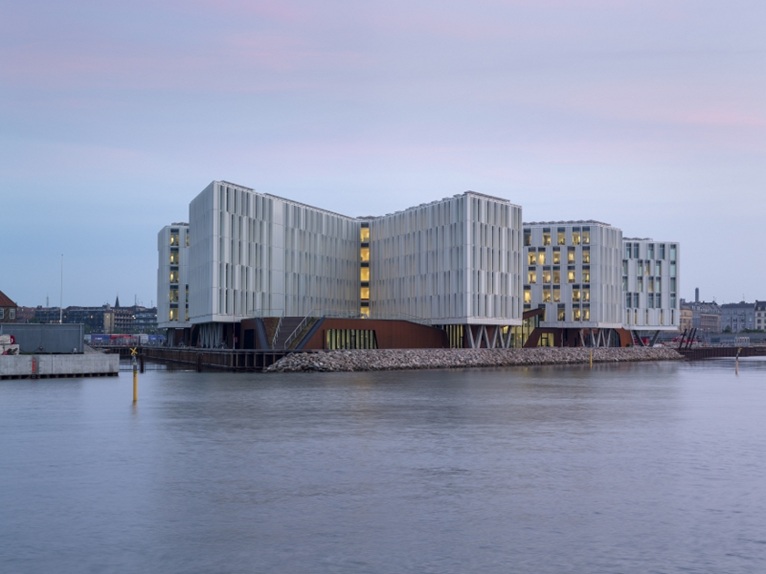 Viewed from above, the building is an eight-pointed star, a clear visual reference point, which, like the United Nations, reaches out to all corners of the globe. 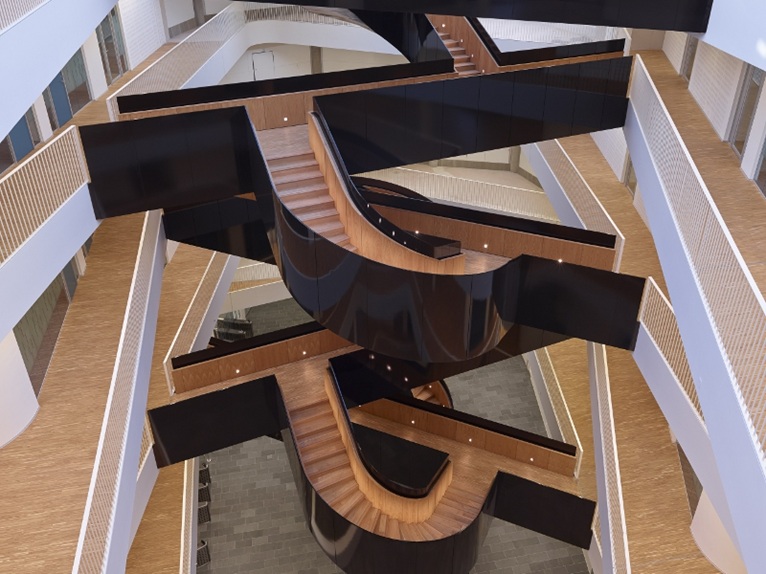 UN City has a burnished steel base on which the white of the main building rising from it stands out. This is a reference to cruise liners that pass through this wing of the Copenhagen harbour. The building is covered with white perforated aluminium shutters, specially designed and engineered for this project to ensure protection from the sun without obstructing the view or the entry of daylight. 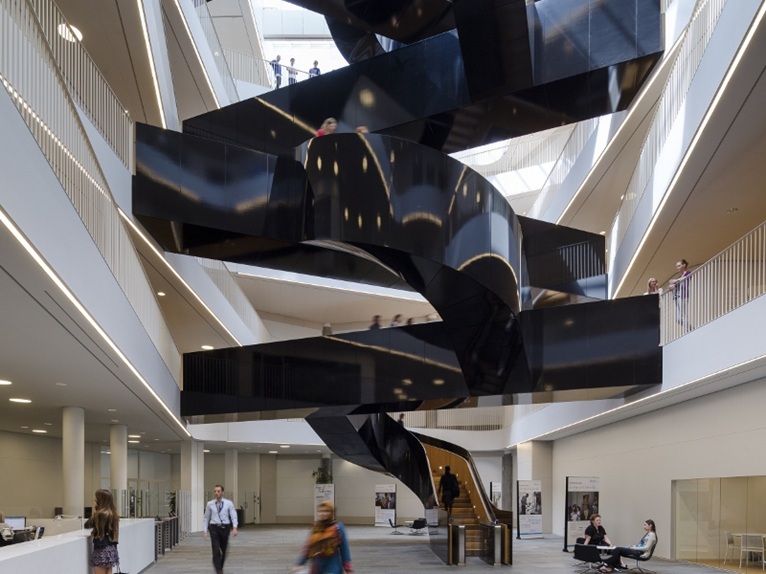 From the star-shaped core, a bright atrium connects the entrance, in which all the common areas are located, with office levels, where the various United Nations agencies are distributed. All the levels are connected by a central staircase designed by 3XN as a dramatic spatial sculpture, a symbol of the United Nations' work: to create dialogue, interaction and a positive exchange of ideas between the people in all parts of the world. From the functional point of view, its sculptural form induces the UN employees to use it so that it can become an informal place for the various United Nations organizations to discuss, meet and cooperate.