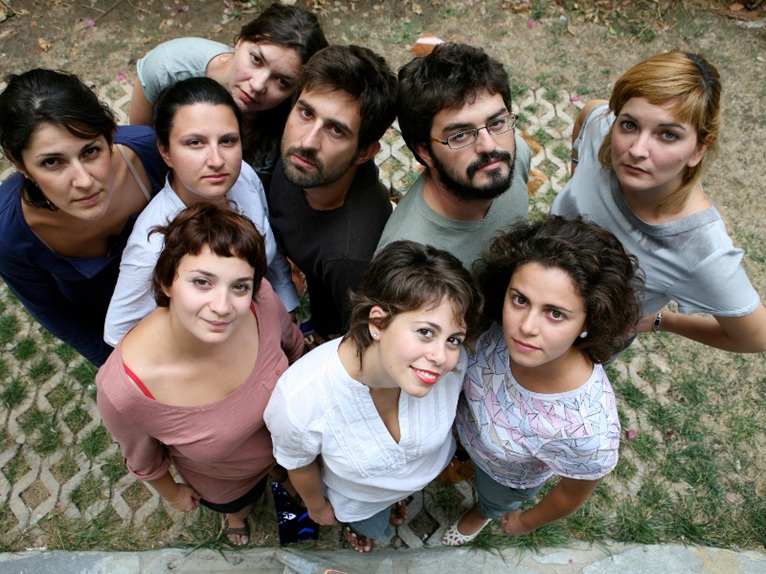 What is the width of the White Tower? What is the height of Thessaloniki's most important monument?

As part of the “Made in Thessaloniki # 2” project, organized by Parallaxi magazine, Beforelight grab their rulers and pencils, measure the dimensions of the White Tower and create a light installation on Filikis Etaireias Street, which "frames" the monumental city landmark. 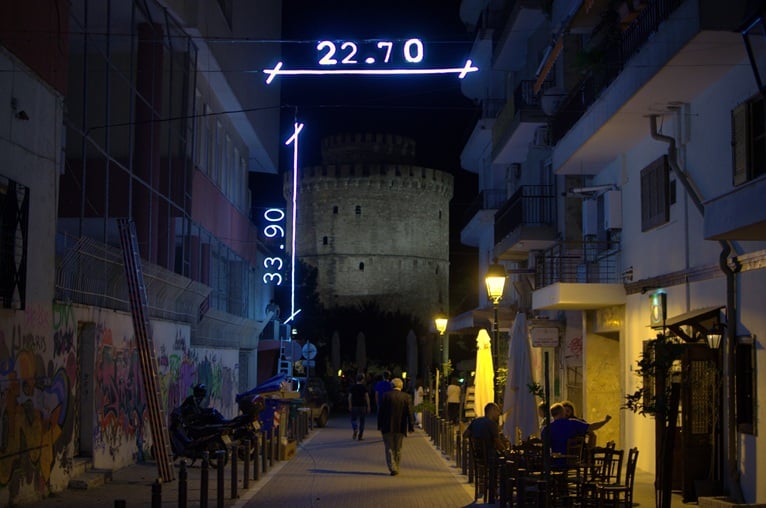 From 19 May on, Beforelight intervene on the new pedestrian area, playing with the perspective in relation to the White Tower. The installation has a semi-permanent character and will be on view for six months. 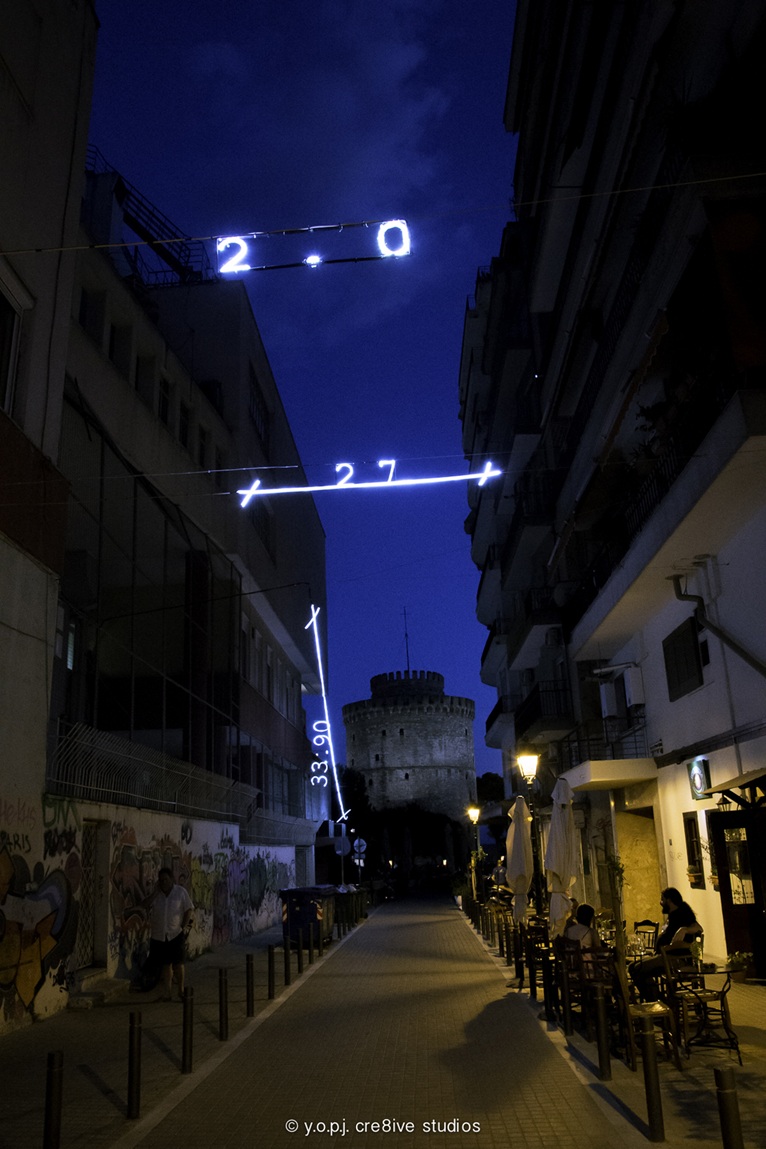 Parallaxi’s project ''Thessaloniki in a different way'' completes these days three years of life. Launched in the summer of 2010 as a synergy of the city’s forces with the aim of changing everyday life, back then they collaborated with Beforelight for "Under a different Light", a project in Ernest Hebrard street. Since then they have completed more than 28 big and small projects thoughout the city of Thessaloniki. 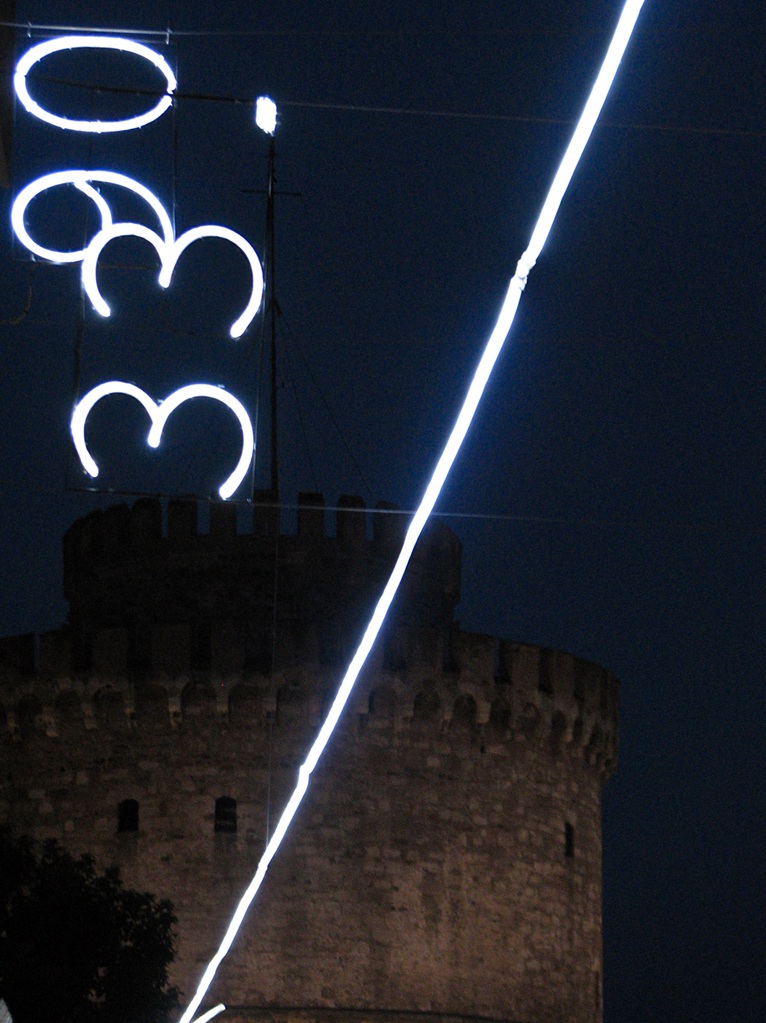 Using the art of illusion in visual perception in combination with LED light technology, the team locates the monument’s dimensions in a 3D way as bright lines and numbers. Their reading is made possible through one unique viewing point on the street, which invites visitors to stand there and participate in the action. 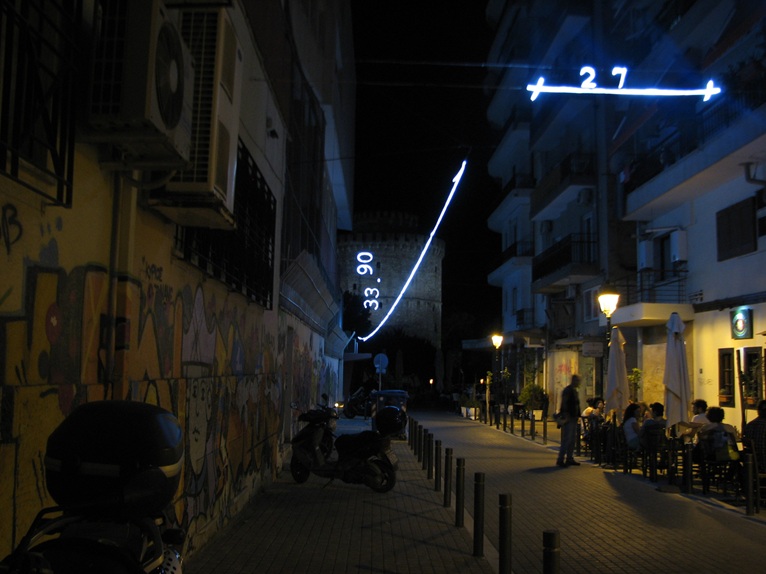 BEFORELIGHT Light Art is a Greek-based creative group that carries out artistic experiments with light. The team members use expertise from architectural and stage lighting design, while they create light installations and light art happenings in order to present the dynamic nature of light. They have displayed their work in open public spaces of cities like Thessaloniki, Volos, Rotterdam and Chania and presented their work at various art exhibitions both in Greece and abroad. Their most recent public project was the participatory street lighting installation at Pittaki street in Athens.

Moreover, the team has presented its work at the 2nd Thessaloniki Biennale, in Action Field Kodra, in Video Art Athens, Street Cinema at the Film Festival, the Folk Museum of Thessaloniki, at the Night of Museums of Rotterdam, at the Benaki Museum cafe, at the Theocharaki Foundation (as part of the Night of the Museums of Athens) and the foyer of the Acropolis Museum.