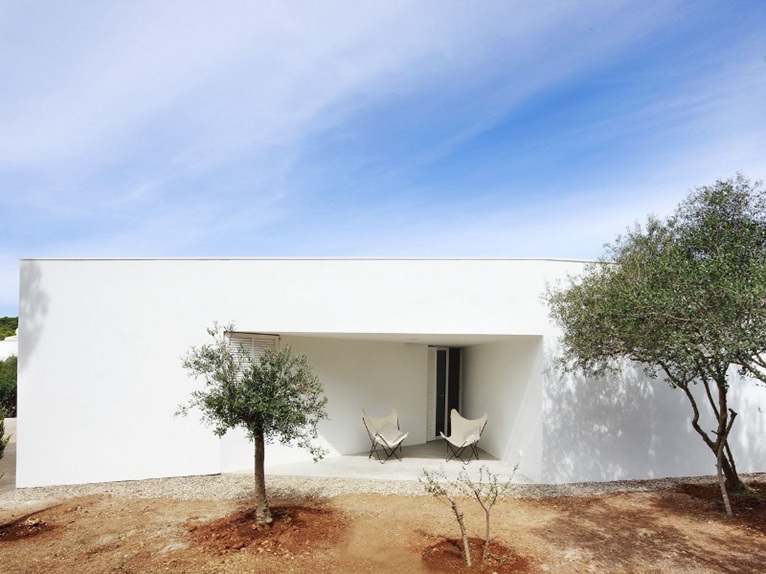 The project '4 Porches and 4 Skylights House', by ferran vizoso architecture, is designed to meet the demands of a client who wanted extensive views over the surrounding countryside, around the entire perimeter of the lot, while maintaining suitable privacy within the house. 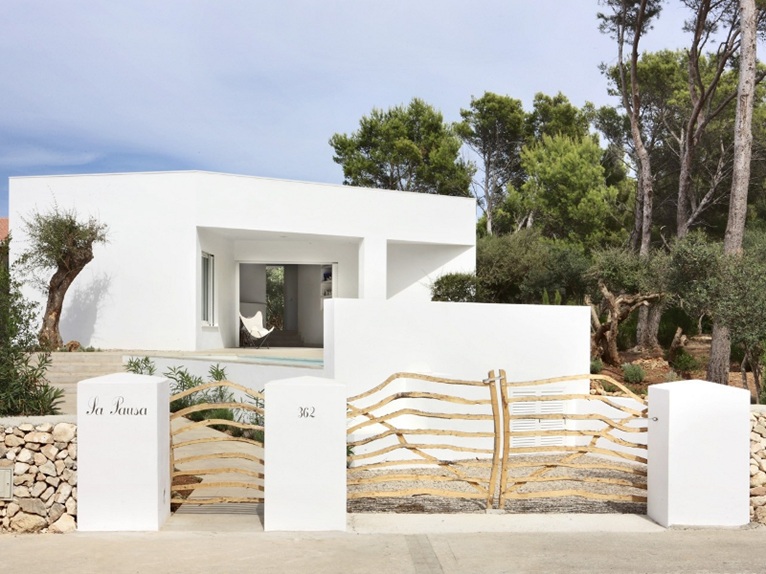 Four triangular porches solve this 'paradoxical' need thanks to an 'inverted funnel' effect of the perimeter walls, which defines the surfaces capable, at the same time, of offering extensive views from inside and compact external fronts. This solution of 'reversing' the perspective allowed the visual relationship existing between the house and the garden to be strengthened. 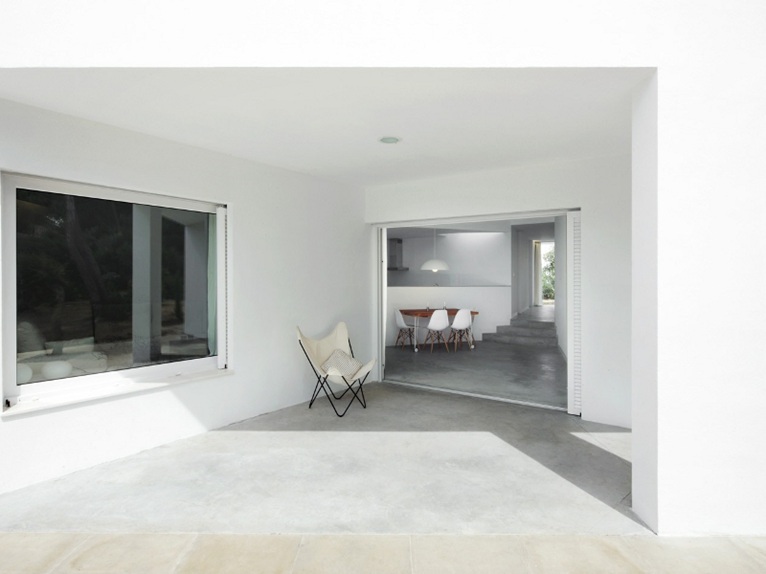 When sliding doors are fully open, the four triangular external areas are joined to each other, becoming one big patio, but also a large shaded area at the service of the four interior environments that make up the house (three bedrooms and a living room). 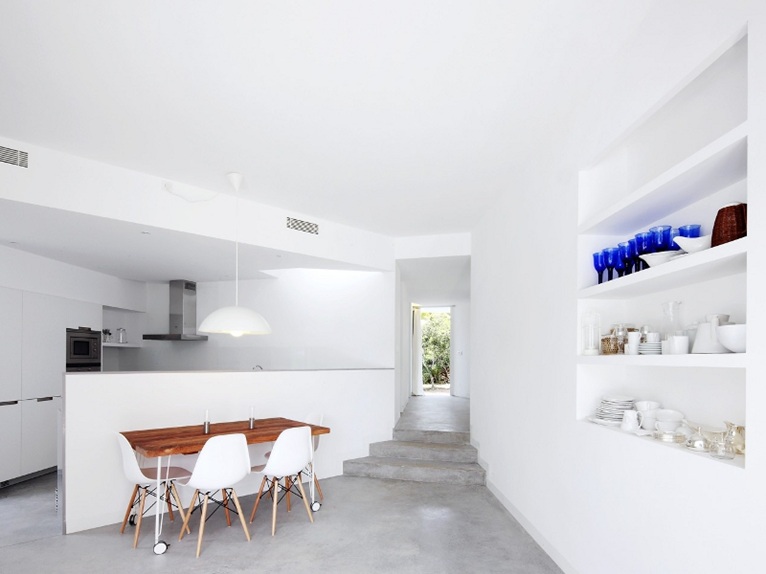 The services receive light through four skylights of triangular shape which, being equipped with mirrors along two of the three sides, generate particular kaleidoscopic reflections inside. Thanks to these measures Ferran Vizoso has created a residence that represents a comfortable retreat, neither opposite nor beside, but simply surrounded by nature.