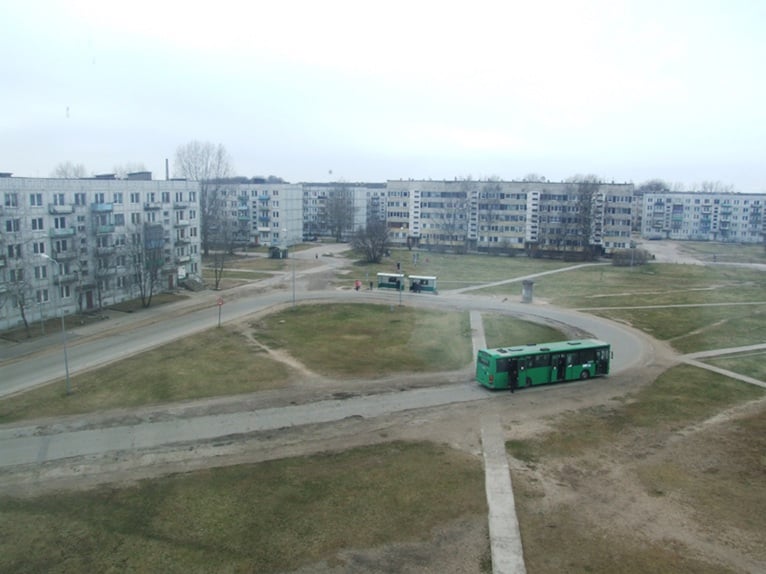 Karosta translates as War Port (or Navy Harbour). It is used to be a closed secret military town for the Russian Empire, and later for the Soviet military. As Latvia regained its independence in 1990, the Soviet military had to leave Karosta. As a result the population dropped dramatically from 25 000 to 6 000, leaving many abandoned buildings behind which have fallen into a state of partial or complete disrepair.

Homemade Dessert in collaboration with Liepaja City Council and a number of local artists has created a design brief on Karosta´s revitalization.

There are number of impressive historic monuments as St. Nicholas Ortodox Marine Cathedral in the central part of Karosta, the  Horse Arena or Manege  and Karosta Prison. Specific and unique poetic value can also be found in brutalist architecture „soviet style” apartment buildings.

The Brief will more closely examine development of Karosta´s urban core by planting a building complex that will be the main attraction of the town and would help to bring back the life to this part of Liepaja city. The annoncement looks for architectural vision for a multi-purpose cultural centre that would include exhibition hall, library, and conference centre with possible entertainment as retail zones and a restaurant.

This international architecture vision competition is open to everyone. Teams must have no more than 4 people, no professional qualification is required.

The winners will be awarded with:

Materials must be sent by 1st December 2013