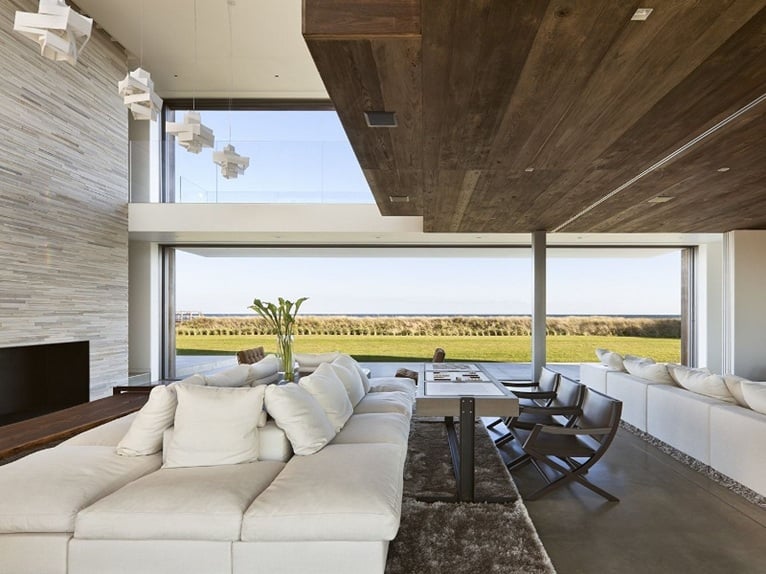 The residence Sagaponack, designed by Bates Masi + Architects for a couple with four children, is located between the Atlantic Ocean and a freshwater pond. The clients' brief was for a family house and its many guests with a lawn, swimming pool, pool house, garage and sports fields on a site limited by the laws in force on coastal and wetland zoning. 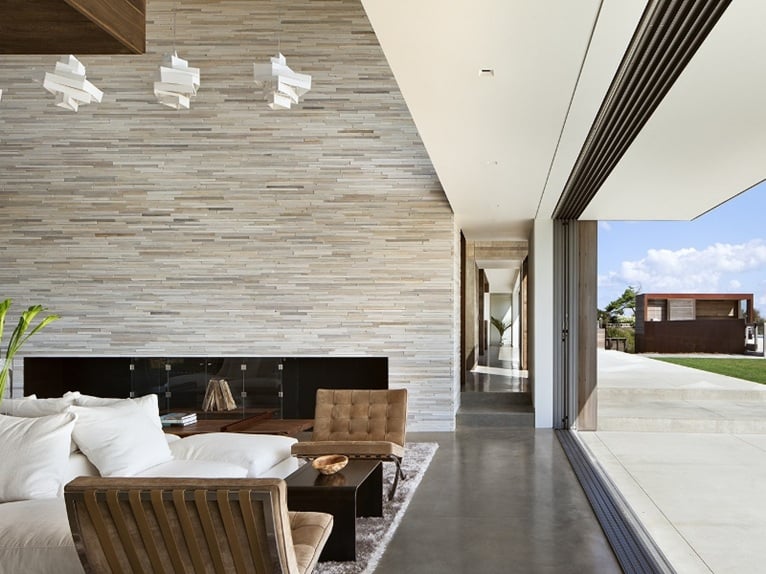 So the project was based on 'subtraction' rather than on addition: several notches were made in the solid mass of the house to reconnect it with the site and the views that characterize it. 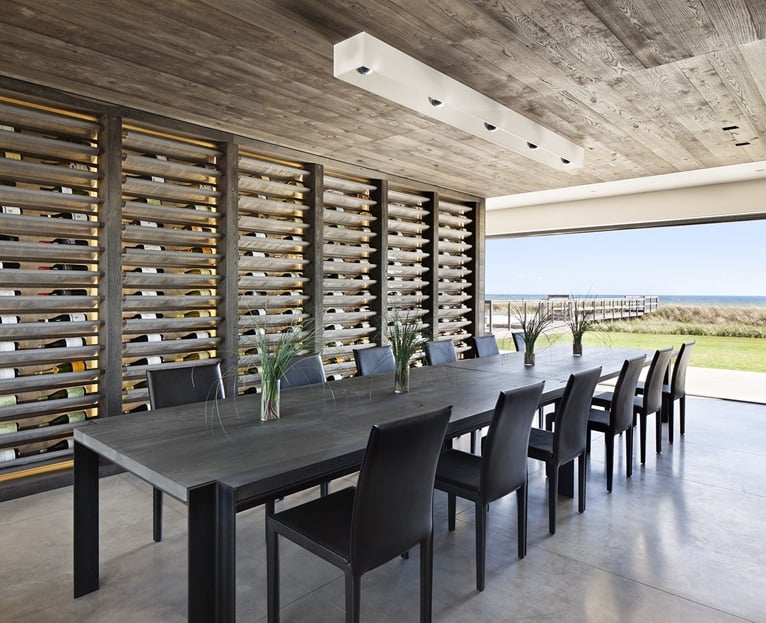 The rooms penetrate deeply through the whole house, from the Atlantic Ocean side to the opposite one; interior and exterior are united by means of sliding doors that disappear into the walls to maximize views and ventilation in the house. 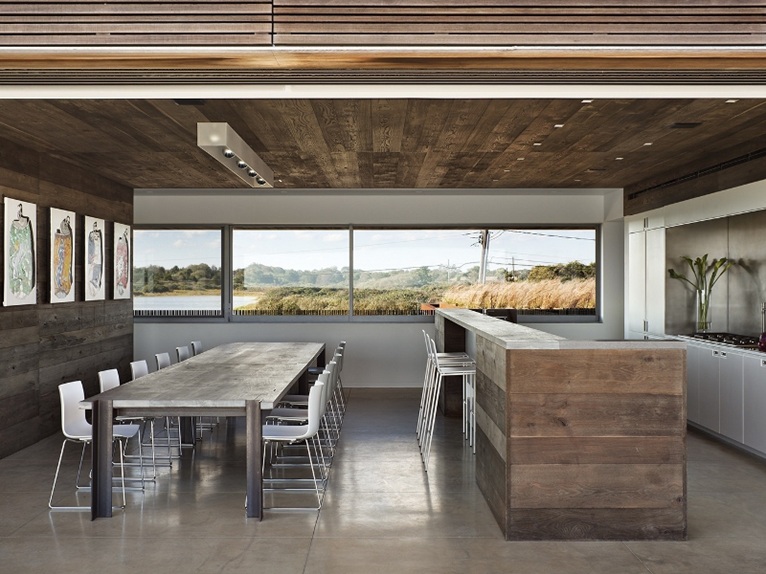 Thus, the façade almost dematerialises and the view over the landscape is framed by the building. 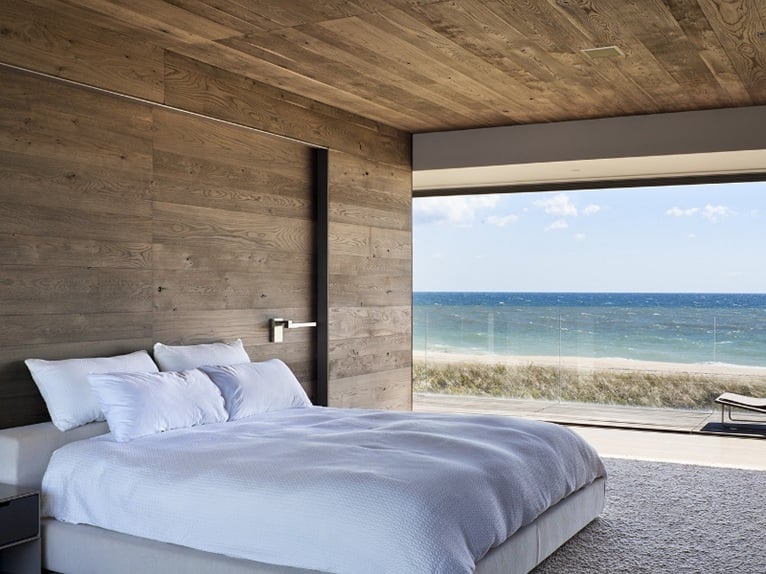 A porous house, whose 'open' façade and white interior walls allow light to flood in, further expanding the space. The house, whose front is made entirely of wood, is a kind of detailed cabinetwork. Corten steel has been used alongside cedar wood for its durability and resistance to the marine environment.