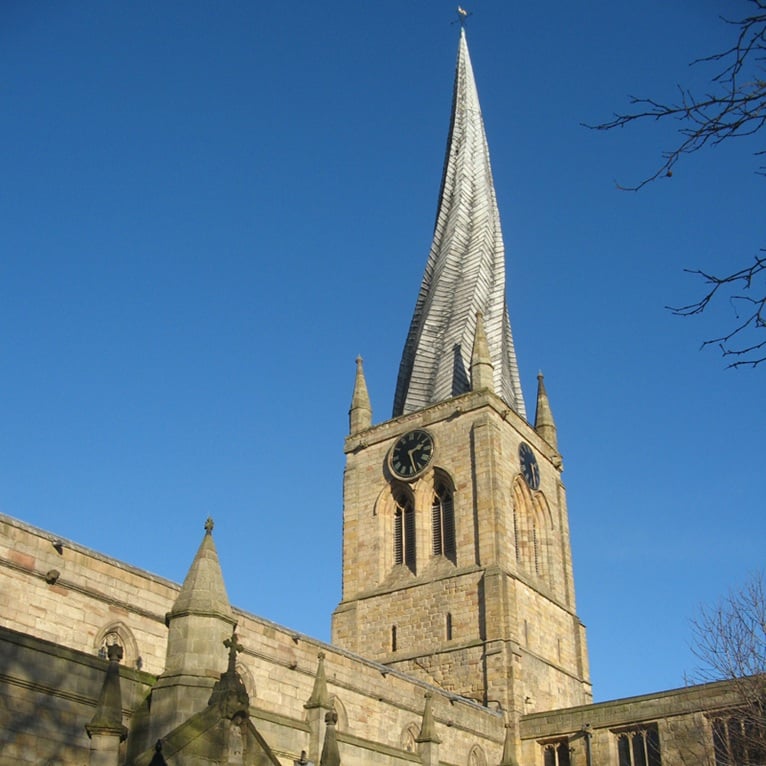 At first glance England’s Peak District and Cotswolds seem very similar. They are both nestled in the countryside, are renowned areas of outstanding beauty, have numerous hiking trails, and consist of picturesque ‘chocolate box’ villages. Many buildings in both regions are traditionally made of similar limestone materials.

Delve beneath the surface, however, and you will soon see that the Peak District and Cotswolds each contribute to England’s rich architectural history in very distinct ways. They both contain well-known architectural treasures along with some hidden gems; this makes them ideal regions to go head-to-head in an architectural play-off. 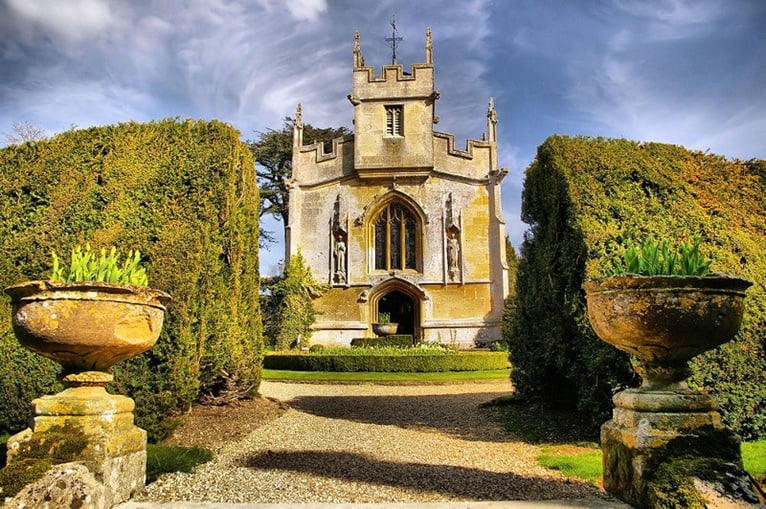 Round 1: Stately homes and castles

England is famed for its many stately homes and castles, so there is no better place to start the play-off between the Peaks and Cotswold than with this.

First up for the Peaks is Haddon Hall, the origins of which date back to the 11th Century. This is thought to be one of the finest examples of a medieval manor house in England, although it includes Tudor and Jacobean styles as well. Haddon Hall looks part-castle and part-country house, giving it a unique atmospheric appeal, which along with having its very own love story (it is said an heiress once eloped against her family’s wishes), means it is often described as one of the most romantic houses in Britain.

Even with its history and design, there is one house that overshadows Haddon Hall in terms of architecture, glamour and romance and that’s Chatsworth House. This stately home is considered by many to be one of the best England has to offer. Although the origins of the House date back to 1552, much of what is standing today was built from 1686 onwards.

Many well-known architects have worked on Chatsworth House including Thomas Archer and James Paine. Chatsworth House has seen many historically significant guests and owners over the years, however it most famous was Georgiana Duchess of Devonshire, who was not only a celebrity during her lifetime but was also the inspiration behind the film The Duchess.

So how can the Cotswolds compete with this? With a castle and a Queen for starters.

Sudley Castle and Queen Katherine Parr, the sixth wife to Henry VIII and the one known as ‘the survivor’. After Henry VIII death, Katherine Parr moved to Sudley castle and married her long-term love Sir Thomas Seymour.

Sudley Castle dates back to 1442 and is an example of late medieval architecture.  Although it has been through several renovations, used as a military base during the English Civil War, and left derelict for 200 years; it is now restored and one of the few castles that is both a private family residence and also open to the public.

The Peak District is littered with idyllic cottages, there are so many in fact that many are available for holiday-makers looking for a relaxing retreat. Cottages in the Peak District range from traditional rural buildings, many of which were built using local limestone, to those built during the industrial revolution. Visitors to the Peaks will find many quaint villages and hamlets scattered across the region which provide examples of traditional English architecture.

The Cotswolds also has its fair share of cottages, many of which are again set in rural locations and built using limestone. Unlike the Peak District, however, the Cotswold only experienced a short industrial phase in the middle ages when it was a rich wool trading centre. This resulted in many wealthy merchants building homes in the area and many of the villages were established at this time. An example of this is Chipping Campden, which was built during the height of the wool trade and its fortunes declined with it, meaning that when the industrial revolution erupted, this town remained in a pre-industrial time-warp. Today the town retains its traditional medieval architecture and has been described as ‘the best piece of townscape in Gloucestershire, arguably one of the best in England’.

The winner: Despite their similarities this battle goes to the Cotswolds solely because of Chipping Campden being an often overlooked architectural gem.

The Peak District has many scenic country churches, but its most famous is Church of St Mary and All Saints, otherwise known as the Church with a Crooked Spire, which is located in Chesterfield. The church dates back to the 14th Century and is of a traditional medieval style, however what makes it unique is its twisted, leaning spire. A straight spire was added in 1362, however over time it became twisted and although the reasons for this remain unknown there have been many theories, from the Black Death killing all the skilled craftsmen to the lead used to cover the spire.

The Cotswolds may not have a twisted spire church, but it does have a Cathedral – Gloucester Cathedral. The foundation stone of the Cathedral was laid in 1089, however the building work (and additions) took place over hundreds of years. The building that stands today incorporates many styles including Romanesque and various phases of Gothic architecture.

The winner: A closely fought battle, but this one goes to the Peaks for its, albeit accidental, uniqueness.

The ancient capital of the Peak District, Bakewell, was once a town filled with timber framed buildings and thatched roofs. This was overhauled in the 18th Century in an attempt to turn the town into a fashionable spa town. Today’s Bakewell is predominantly the 18th Century version is a picturesque example of an early industrial town. For lovers of English architect Bakewell is a dream location, where visitors can see examples of Georgian, Victorian and Romanesque styles. 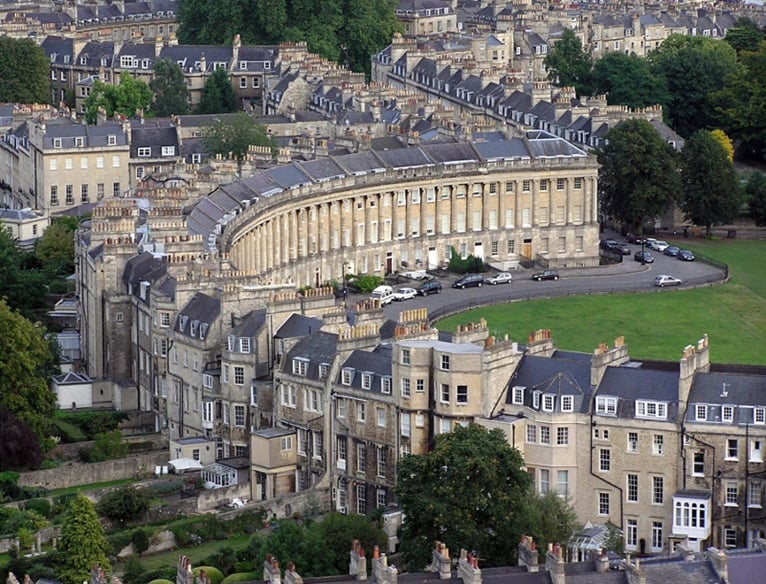 Two of England’s most famous spa towns are located in the Cotswolds, Cheltenham and Bath. Both towns are predominantly Regency in style, with Cheltenham boasting the Pittville Pump Rooms, numerous Regency houses, and even Roman-style status lining one of its main shopping streets. Bath not only has Regency buildings in abundance, but is also home to the famous Roman Baths, which dates back 2000 years.

The winner: This one has to go to the Cotswolds for Cheltenham and Bath, two of the finest example of Regency towns that England has to offer.

A dead heat! Both the Peak District and the Cotswolds show that they are more than just bland ‘chocolate box’ architecture and instead offer many different styles and designs that are interesting and, at times, deeply unusual.

But which do you think is the most interesting area architecturally?