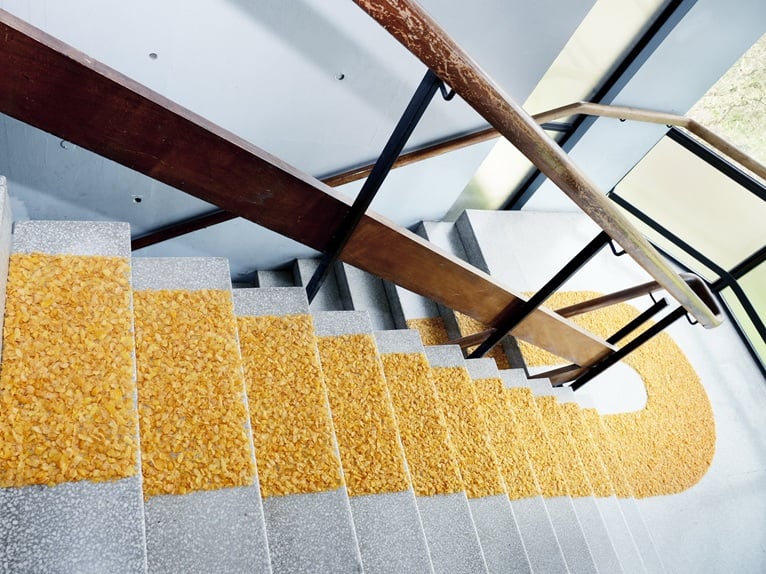 INSTALLATION_ Today we talk about music. We already know how many theorists in the past studied the multiple relations between music and architecture: forms, proportions, rhythm, unity, variety and harmony.

Here the work by a young designer student named Huishu Jia, who tries to convert our everyday interaction with architectural space in something like sounds and music.

In the Reinassance Leon Battista Alberti said “the same numbers by which the agreement of sounds affects our ears with delight, are the very same which please our eyes and our mind”.

During the Romantic period Goethe described architecture as frozen music. ”Architecture, especially churches and temples were designed following the principal of music in ancient time; while, the ancient Greek architects are supposed to know music theories in order to understand the mathematical and canonical architectural effects.”

In nineties also John Cage said “everything we do is music”. Lots of elements from our ordinary everyday life contain music’s poetic and enjoyable beauty. Rooms, staircases and hallways are parts of the architecture we come across everyday. Sound is generated as they are used. However, we rarely pause to consider the effect.

Huishu says about her work “My project playfully investigates how the sounds created as people interact with an architectural space can be altered, amplified and abated to influence behaviour and emotions.” 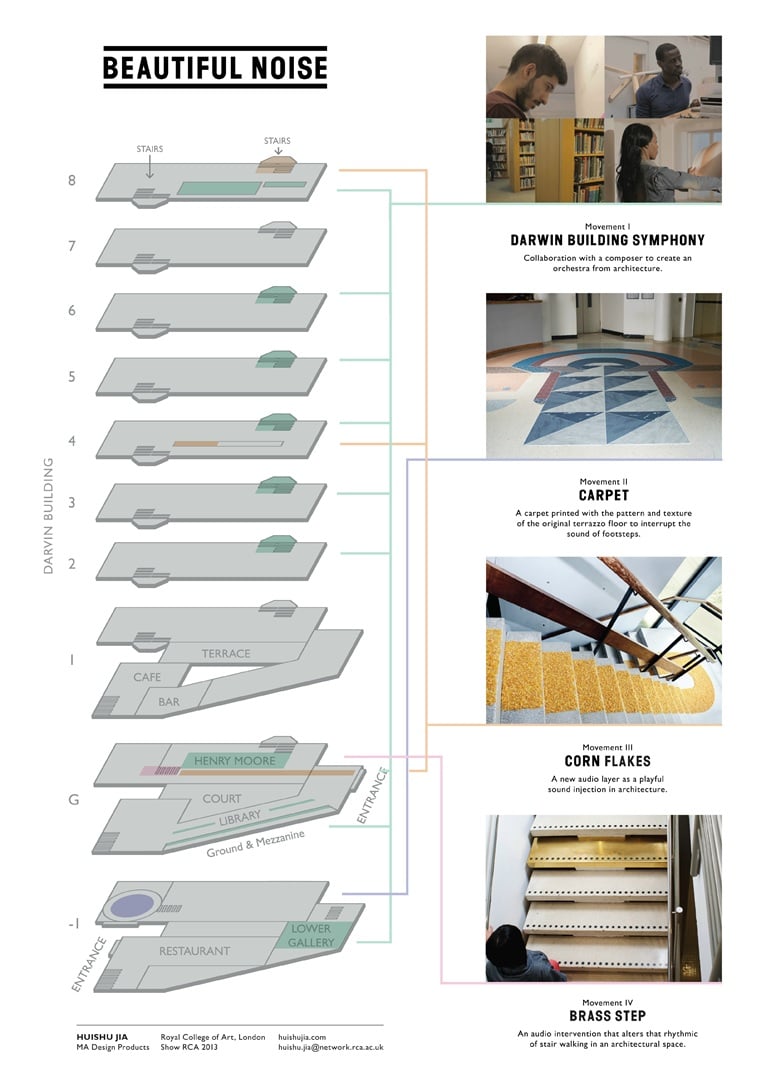 A carpet printed with the pattern and texture of the original terrazzo floor to interrupt the sound of footsteps. In the second movement I put a carpet, a soft material with a subtle sound to the reception space, where is a very busy area, people coming in and out constantly with different footstep sound produced by walking on the terrazzo floor. I mimic the exact pattern and texture of the original floor and print it onto a piece of carpet to replace the floor. People will not notice too much about the material changing, but they will realize the footstep sound has been altered. 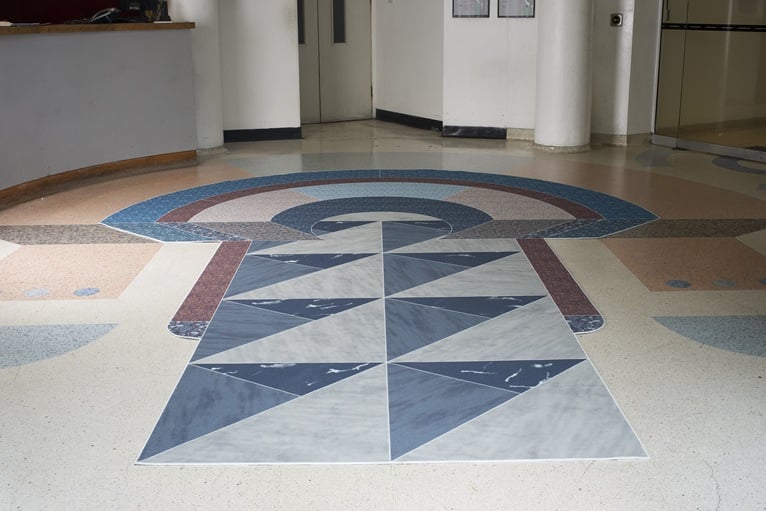 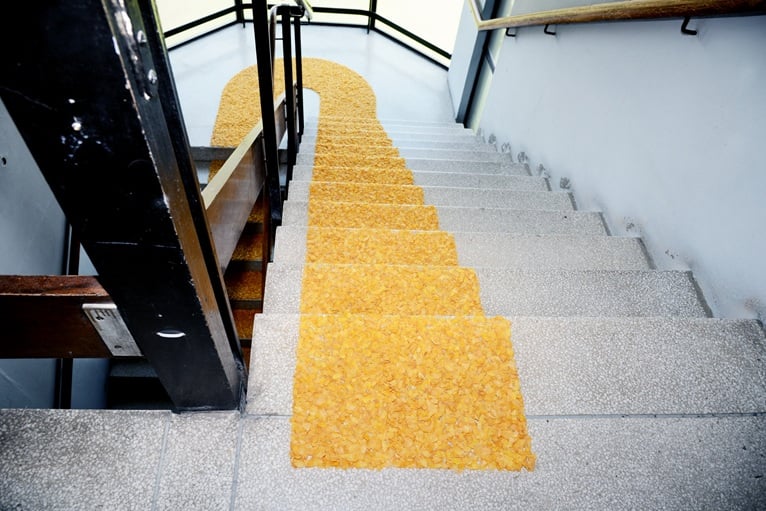 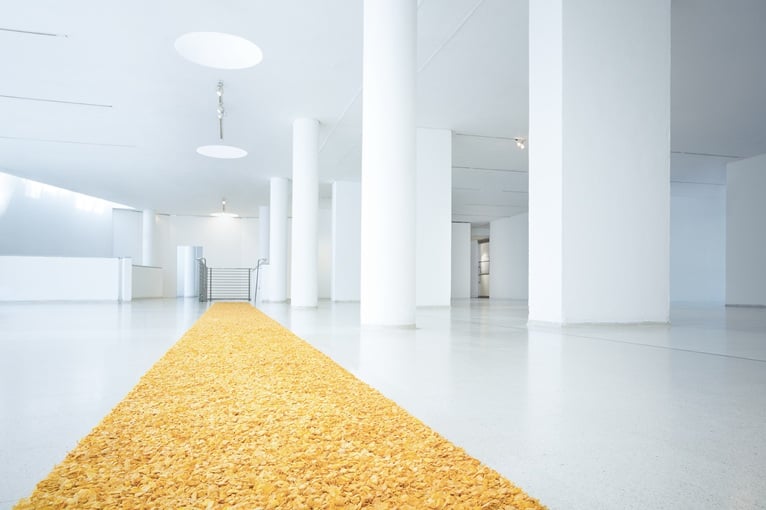 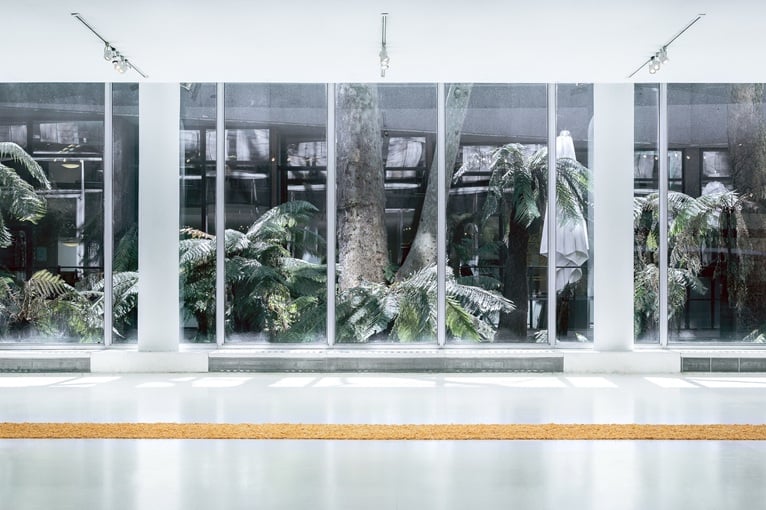 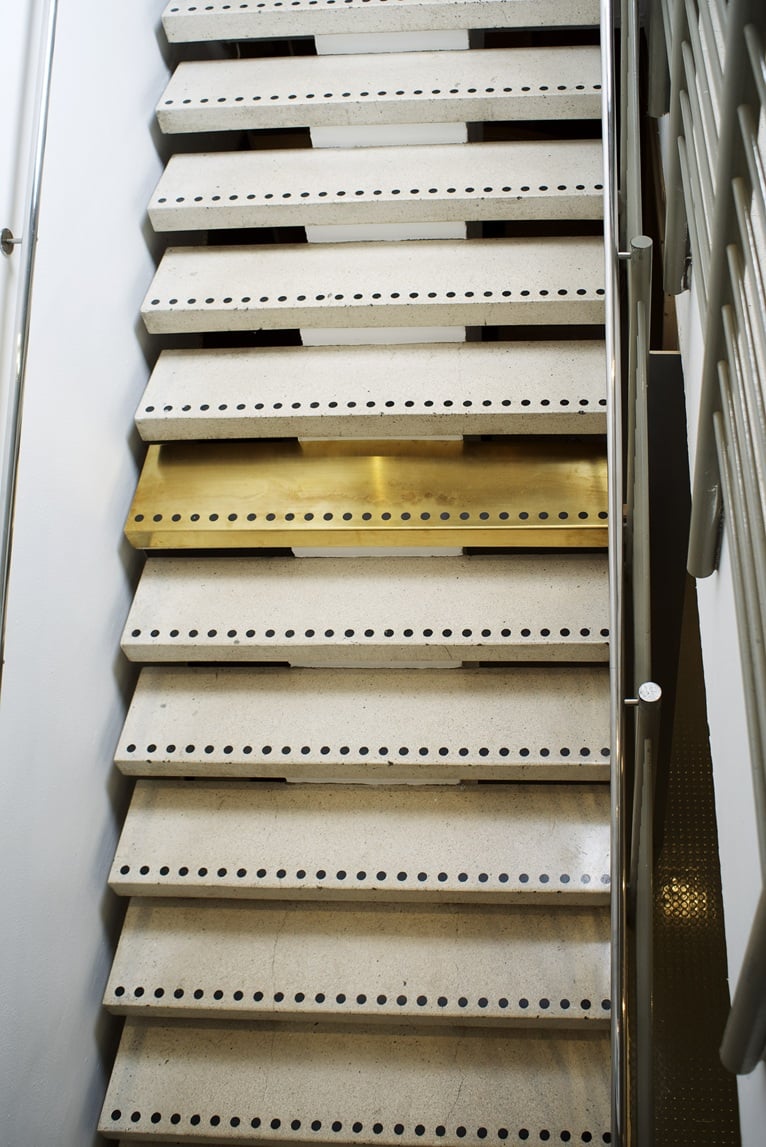 Huishu Jia is a product designer and artist currently studying in Royal College of Art in London. She has a wide range of interests in design and art, mainly about emotions, sound and exploring the beauty from our everyday lives, which sometimes are forgotten by people. Her works are always trying to amplify them in a subtle or playful way, in order to raise the appreciation of our everyday lives. Her approaches are normally bringing research into the public and make intervenes to test. She has also collaborated with people from different backgrounds, in order to exchange expertise to achieve a same goal together.