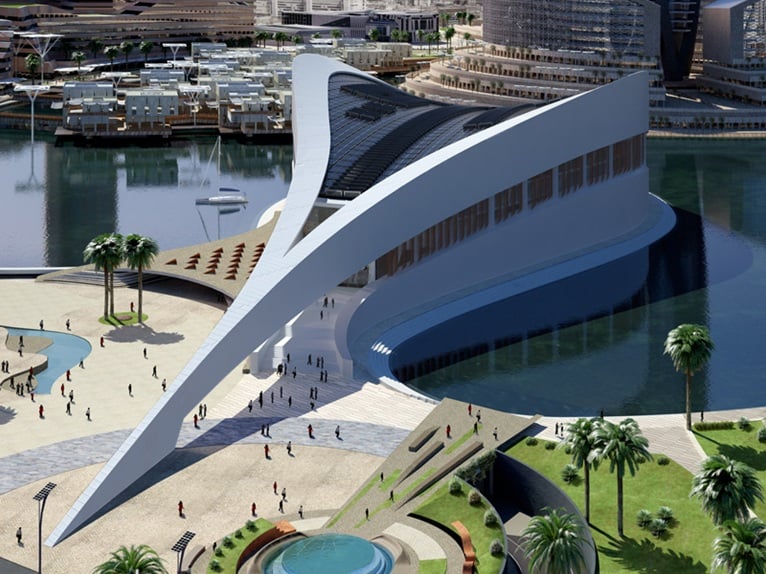 18/06/2013 - AMBS Architects have revealed their ambitious design for the New Baghdad Library. The building brings together form, function, and cultural significance. The 45,000 sqm structure will be the central focus of a planned Youth City that has been designed to inspire Iraq’s younger generations.

The new Baghdad library scheduled to tender this year, will be a public space and cultural center designed to encourage intellectual, creative and social exchange. AMBS Architects, who were commissioned by the Ministry of Youth and Sport, hope to inspire a new model for libraries in Iraq and internationally with this elegant, multipurpose building. 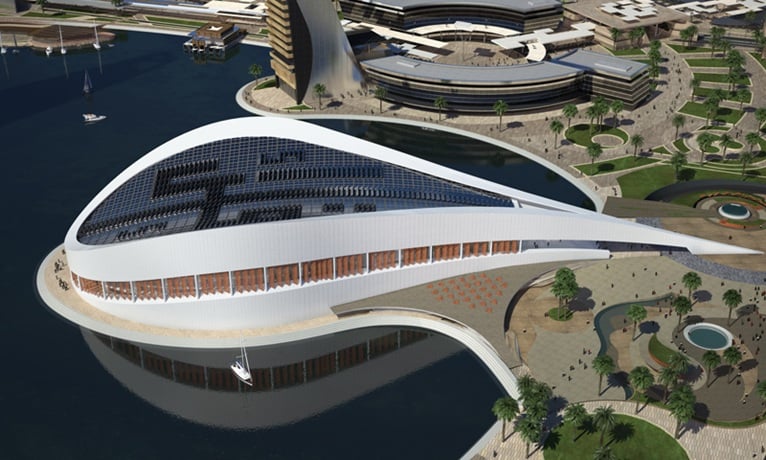 Saad Eskander, Director of the National Library of Iraq said: “It is imperative for the new Iraq to consolidate its young democracy and good governance through knowledge. New libraries have a notable role to play by promoting unconditional access to information, freedom of expression, cultural diversity, and transparency. By responding to the needs of Iraq’s next generations, the new library, we hope, will play an important role in the future of our country.”

The project represents a crucial step in the rebuilding of Iraq, which has been underway since 2003. Over the past nine years AMBS founder Ali Mousawi has played a significant role in the country’s redevelopment.

He said: “Before 2003 Iraq had almost collapsed after a thirteen year embargo and eight years of war. This kept the country isolated from the world and from modern technology. I had to leave Iraq myself in 1982 and returned in 2003 to assist with the rebuilding of the country, with the aim of revitalising Iraq and establishing a new vision for the future.“What I saw when I returned and still see today is that the Iraqi youth are in many ways lost. They have been surrounded by violence, and for years there has been a lack of services and few opportunities for work or personal development. We hope that the library will help shape Iraq’s next generation of intellects and politicians, artists and writers, poets and musicians, doctors and lawyers, and change makers.” 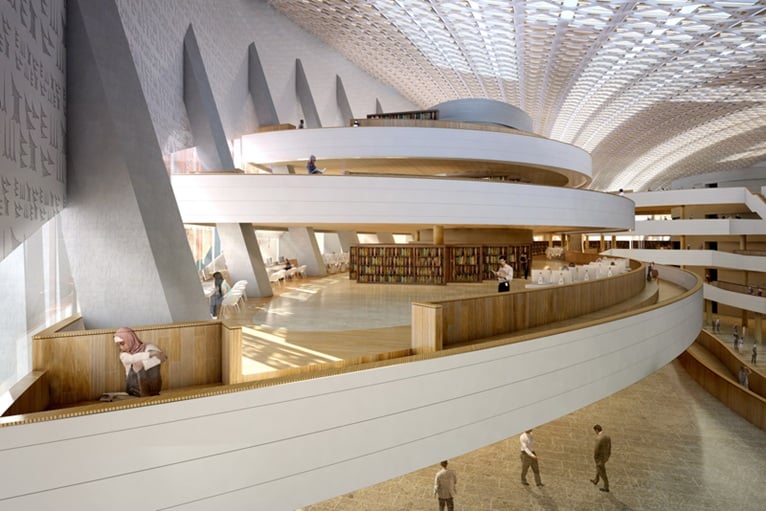 AMBS Architects sourced New York based firm ACA Consultants, one of the world’s leading library consultants and planners, with the aim of building a collection of over three million books, including rare manuscripts and periodicals. The library will also house cutting edge technology for performance and events. State of the art computers and digital media will provide a vital resource for many young people who have limited access to such facilities AMBS Co-founder and Director Amir Mousawi said: “This will be an accessible library for all ages. Our ambition is to create a space where people can run a serious and consolidated programme of public events; art exhibitions, book clubs, theatre events, educational conferences, film screenings and workshops.” 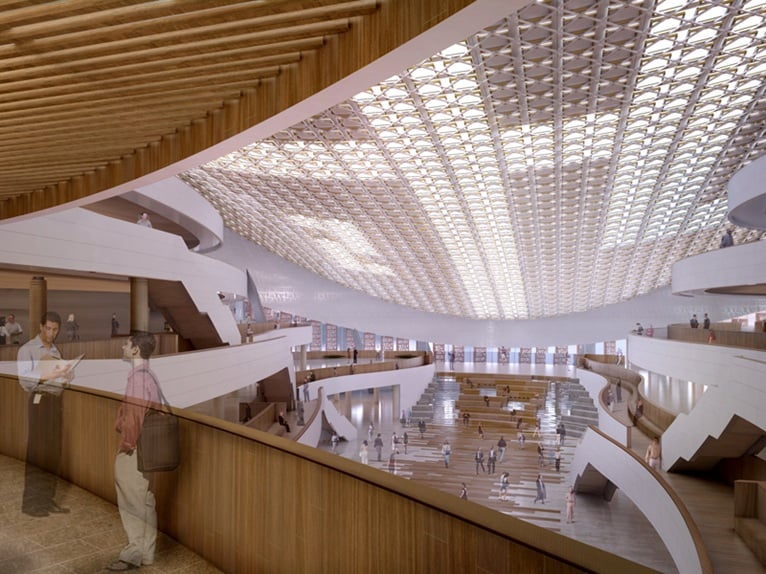 A spokesperson for the Ministry of Sport and Youth said: “Our vision is to bring hope back to the young people, to build them a new cultural centre where they can express their talent and ideas. The whole library will be modern; it won’t simply be a place to find books, but a freely accessible place of knowledge.” The library is designed to engage and empower visitors, and to encourage open exchange. The building’s lightweight, single-span roof, creates a vast open plan space, allowing people to read and navigate the building logically. The practical and cultural importance of light is demonstrated through an encrypted message in the the design of the roof, which forms the word ‘read’ written in Arabic Kufic script. This is documented as the first word spoken by God to the Prophet (PBUH).

Functionality, intuitive organisation, and rational user-friendly design were all key concepts which shaped the building from the inside out. AMBS Co-founder and Director Marcos De Andres said:

“The Baghdad Library is more than simply a sleek and strikingly beautiful structure – what makes this building truly remarkable is the user interface. Our focus was the building’s behaviour, and our systematic approach started with a creative dialogue; thinking rationally, reasoning and discussing how the building should work. We have challenged the conventional library model, conceiving it as a modern, multi-functional public space. We identified core activities and paid special attention to the exchanges we wanted to engender through use. Thoughts and ideas gave shape to a set of unique spaces, and little by little an ideal model was formed.”