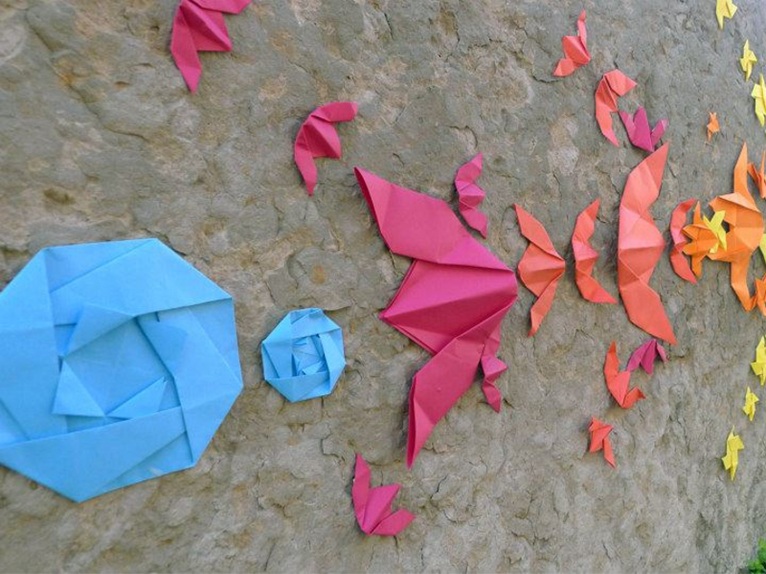 ART INSTALLATION _ Mademoiselle Maurice (1985) is a French architect and artist. She studied architecture in Lyon and she spent a year living in Japan. Currently based in Paris, she devoted herself entirely to colorful creations, whose thought process was initiated few years ago.

Beyond her small studio she focus her work on street installation, an open air museum, to achieve huge urban performances with "delicate" origami. We talk with her about the concept behind her creations and her last experience at ARTAQ Angers 2013 (France).

How was this idea to use origami for urban installation born?

All began during my year in Japan. There, in the shrine for example, we can find a lot of foldings and because I was there during the earthquake and Fushima event, After I came back in France, I was interested by the 1000 cranes legend and the history of SADAKO (a little girl victim of the nuclear accident). 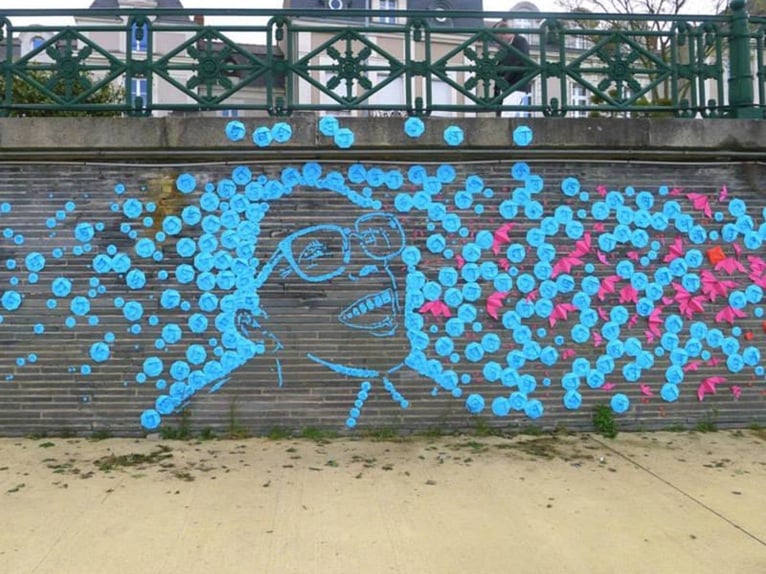 I have some references linked with Japan, but more with some traditions linked to the rainbow colour (Spectrum of light, beliefs about pontifex...) and some others with ethnic art.
In my work, the human relationship is a big part of the representation too and of course, somes references inspired by elements of the nature (animals, plants...) But the graphic and minimalist representation is important for me. 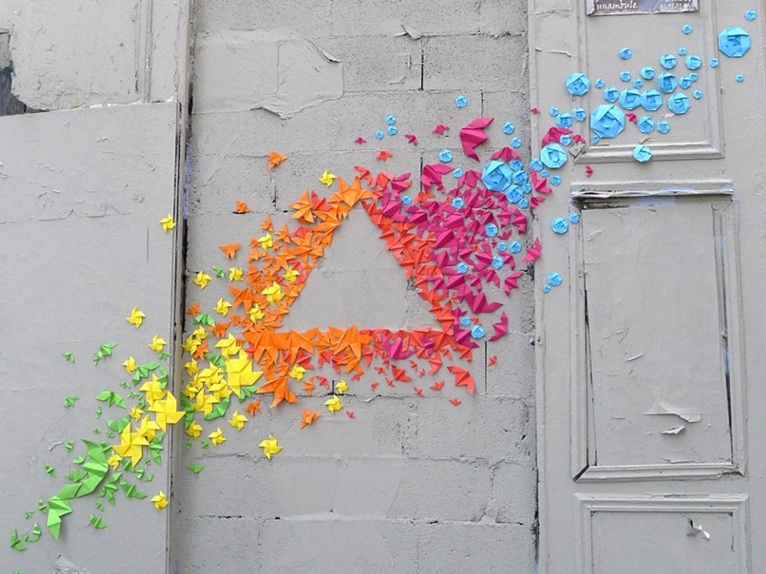 What is the interaction between your creations and the city?

Interaction is short because my installations are ephemeral. But this is like a "paper rainbow", which give some colour to the city. The passer-by can have a positive emotion, be surprised and these folding installations are like a "plant invasion" in the city... because all is grey, and the big part of the natural element are covered by the concrete. 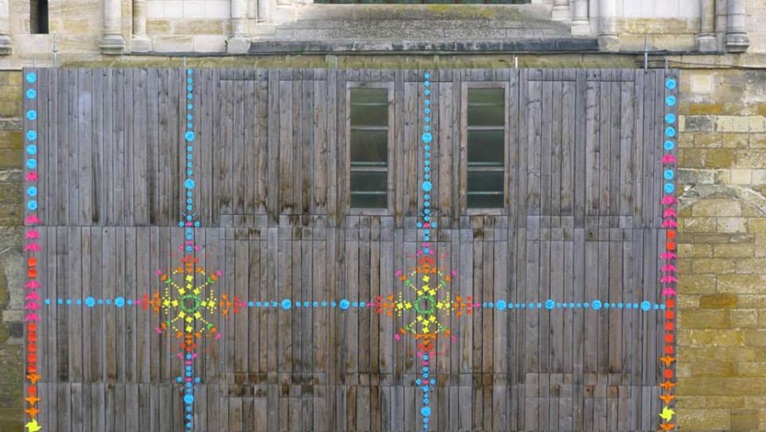 Could you talk about your last project  ARTAQ 2013?

That was a crazy big project in Angers (West France). During 5 months, I went there to meet the people (school, jail, old people, family...), I explained there my work, my approach, my revendications and we spoke about street art, and all these people learned to fold some origamis. They created more than 30,000 origamis. During the festival, we installed everything to give their city some colour.
The "Angevins" was the author of their own masterpiece! I was very happy because this project (3 places) was on very big walls, it was a beautiful experience. 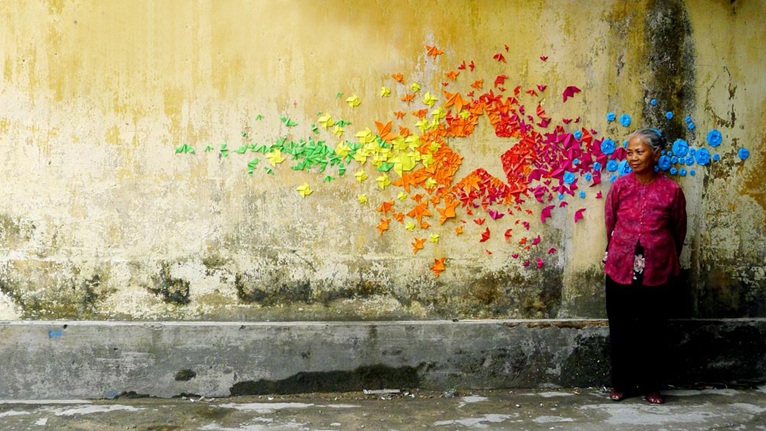