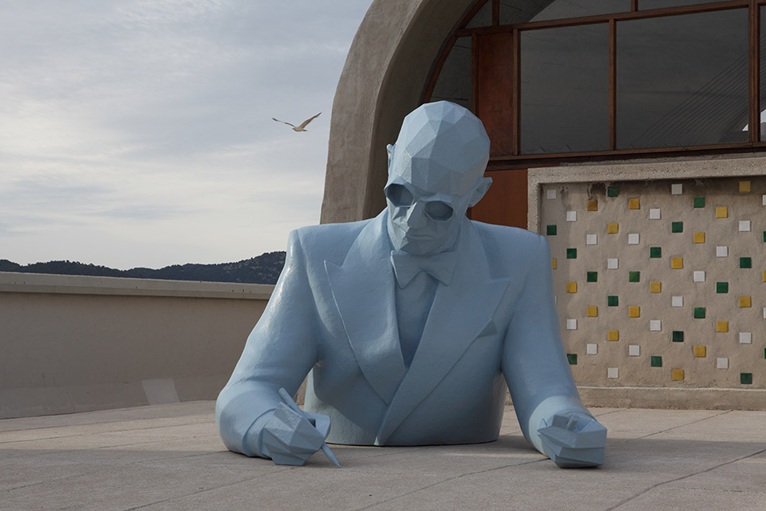 What could be more powerful, more iconic, more inspiring or more invigorating than this roof terrace perched in the sky?

EXHIBITION_At the very top of the Cité Radieuse (built between 1945 and 1952), MAMO Audi talents awards by Ora Ito transforms the rooftop gym into a contemporary art space. Nicknamed “la maison du Fada” (the house of madness) by local residents, this mass of concrete raised on stilts is celebrated the world over by architecture enthusiasts. The super famouse masterpiece of Le Corbusier ventures into new territory as the springboard for future design, and indeed his spirit will undoubtedly provide the breath of inspiration for this exceptional new arts centre. The awards has a double meaning: in his capacity as sculptor, Le Corbusier had designed an open hand, executed posthumously in Chandigarh, India: a blessing hand over MAMO. 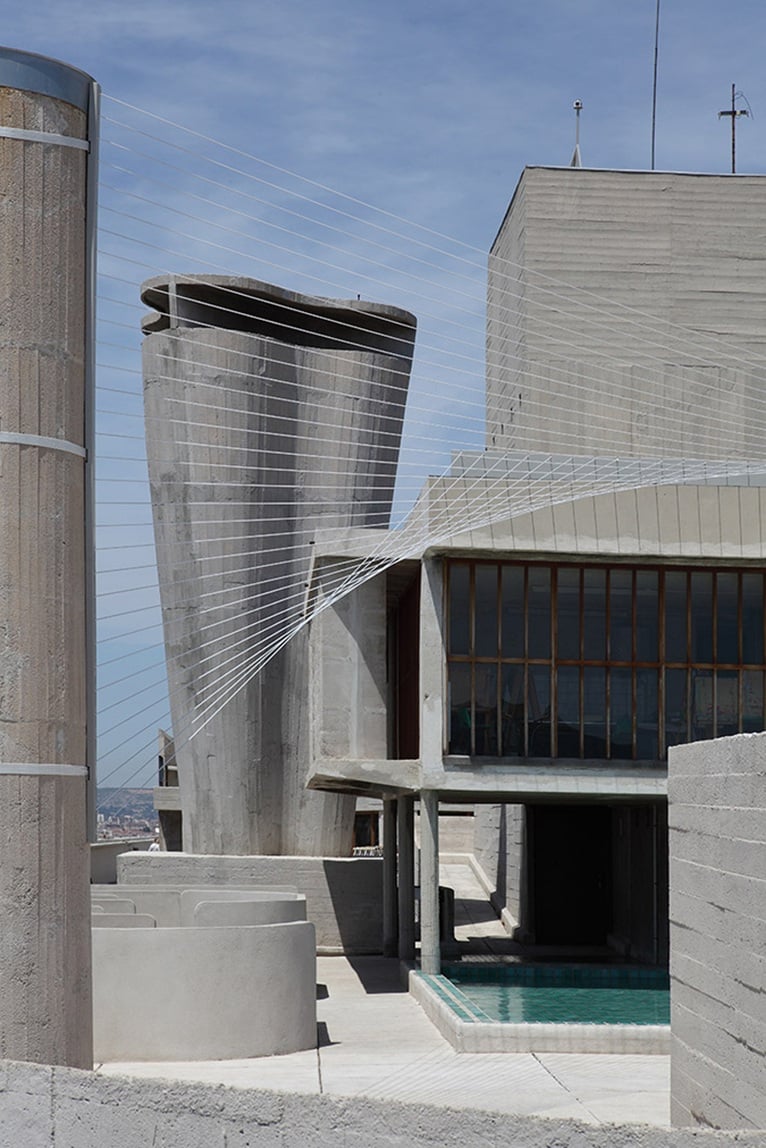 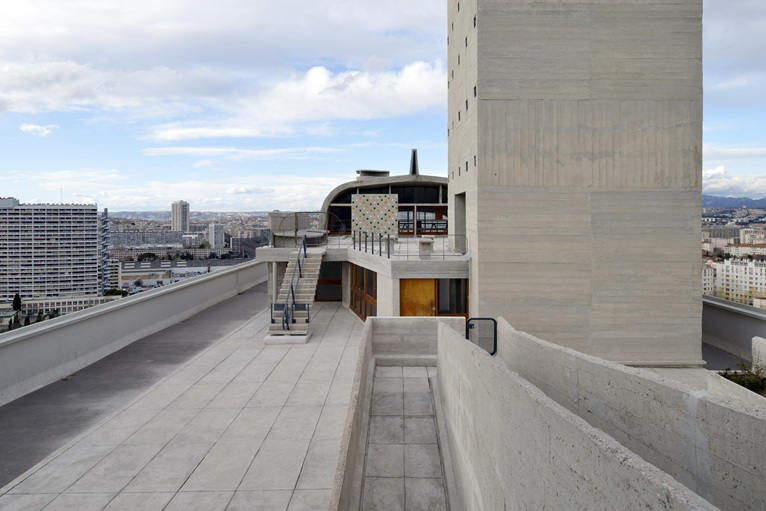 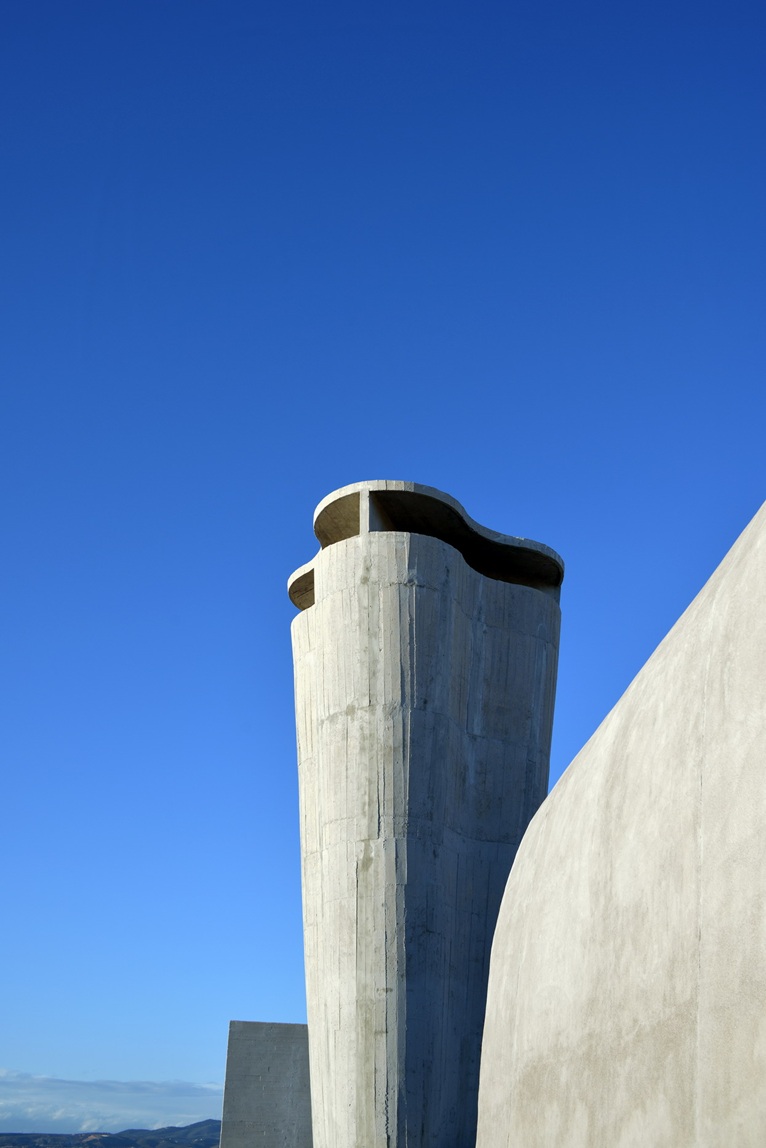 Starts today, 12 June, the first exhibition “Architectones” by Xavier Veilhan in that concrete promontory, the dance floor unfolding into the bright blue sky.

Upon the terrace of the Cité Radieuse the artist presents a selection of exhibits including matrices (fields of lines elaborating a virtual plan between the vertical and horizontal axes of the Cité Radieuse’s roofscape), a bust of Le Corbusier (the architect draws right on the floor of the building), a mobile suspended in the gym and tree-like stabiles installed in the planters. 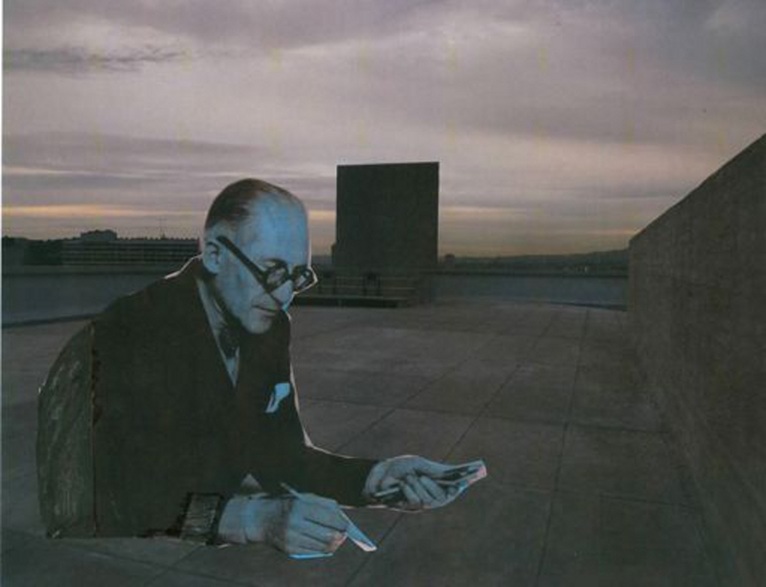 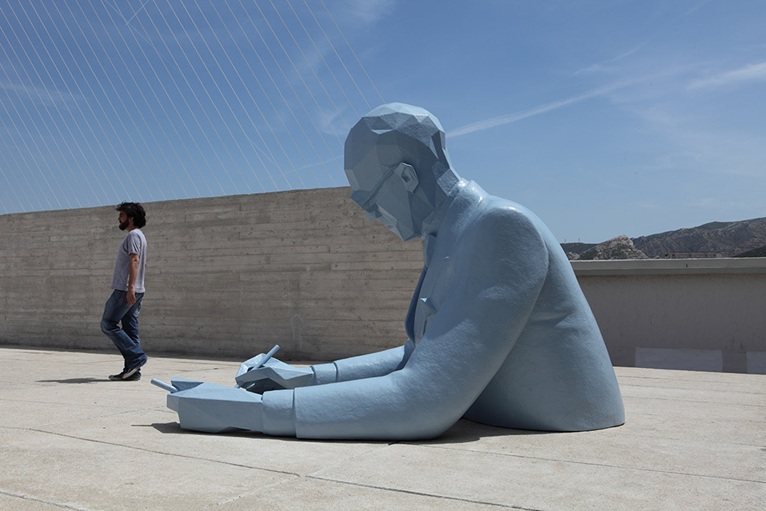 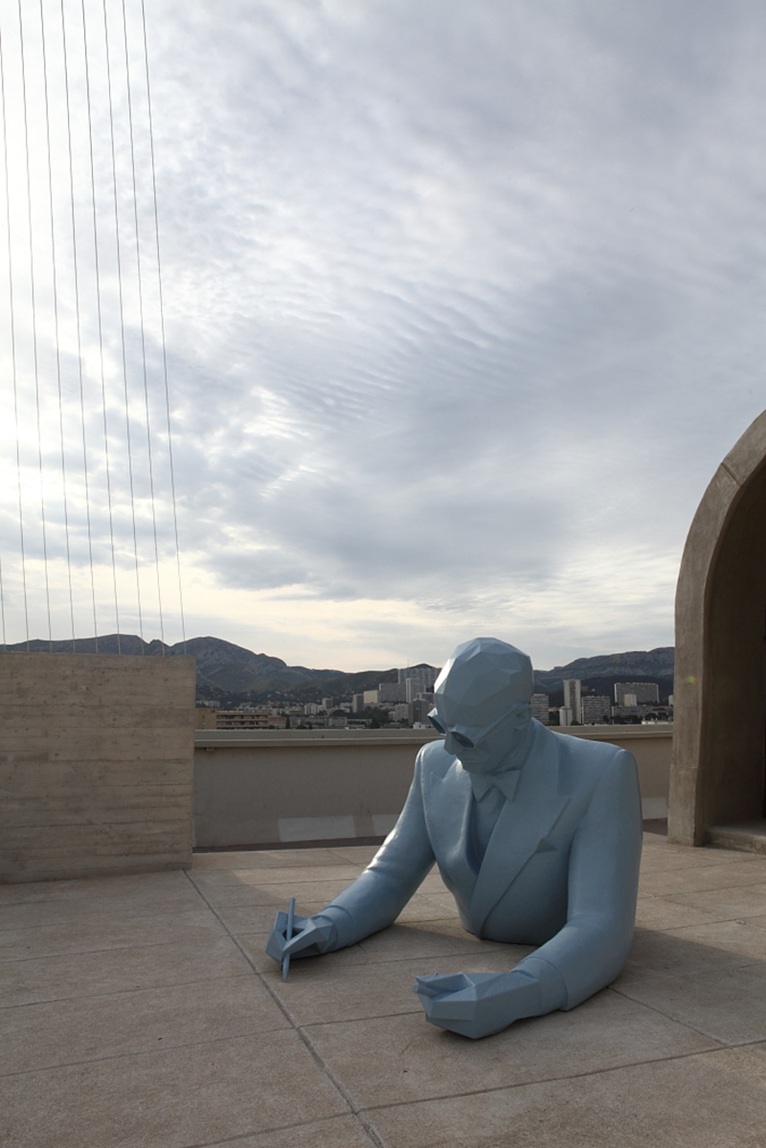 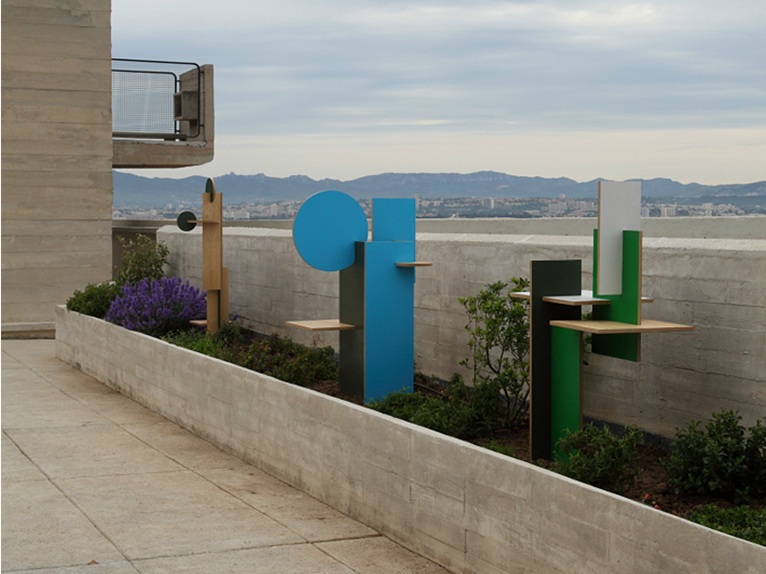 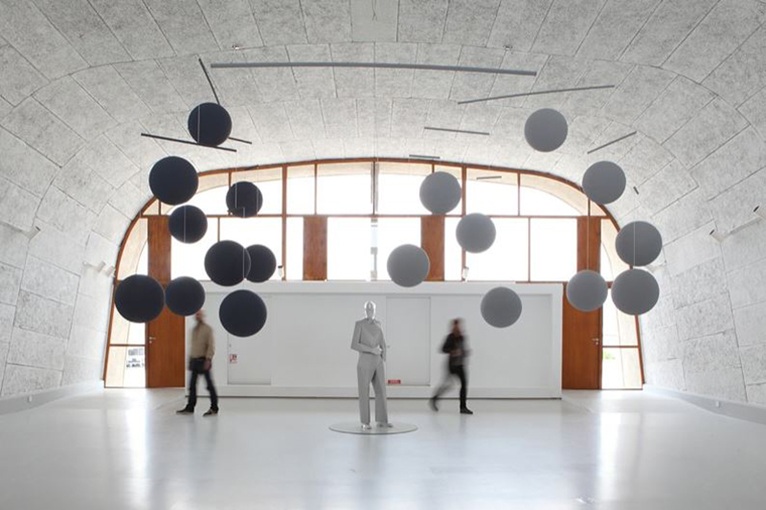 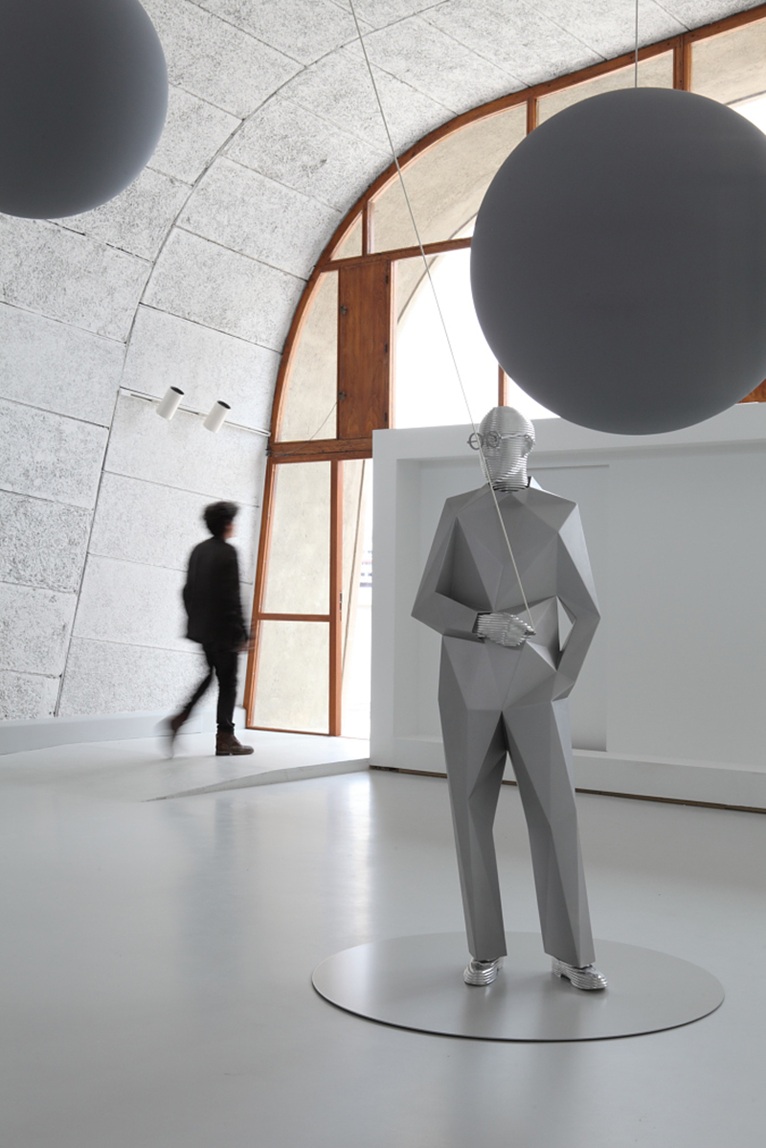 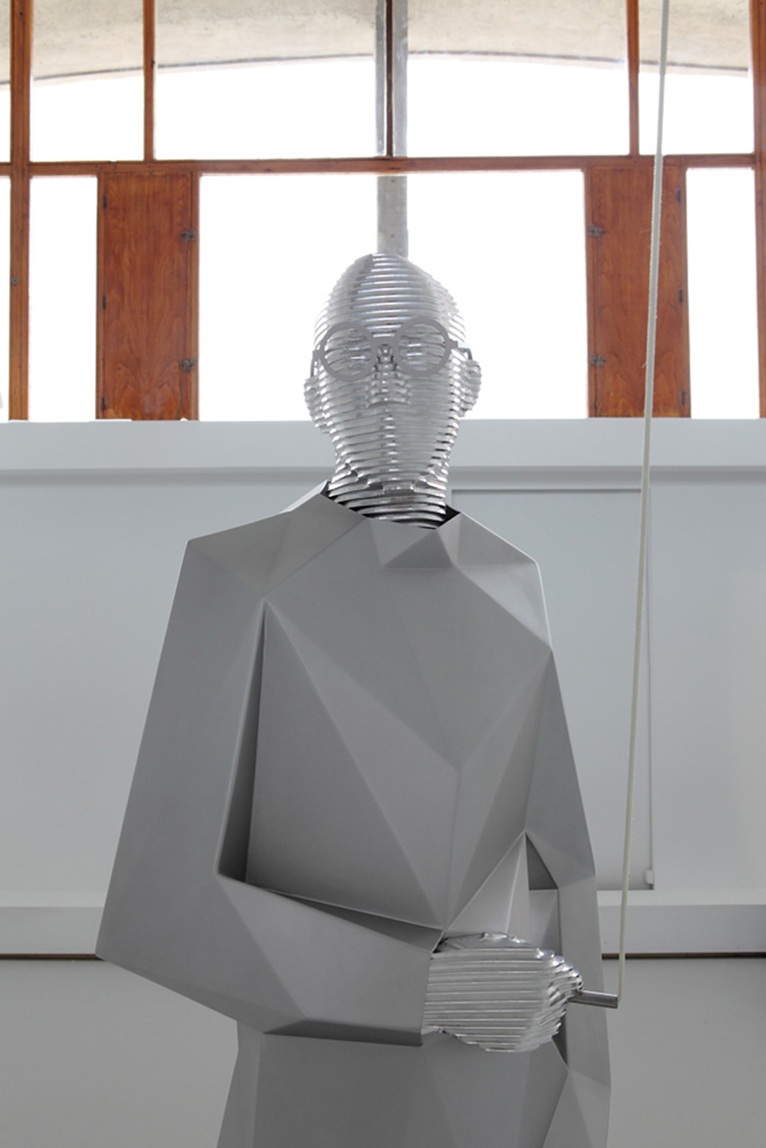 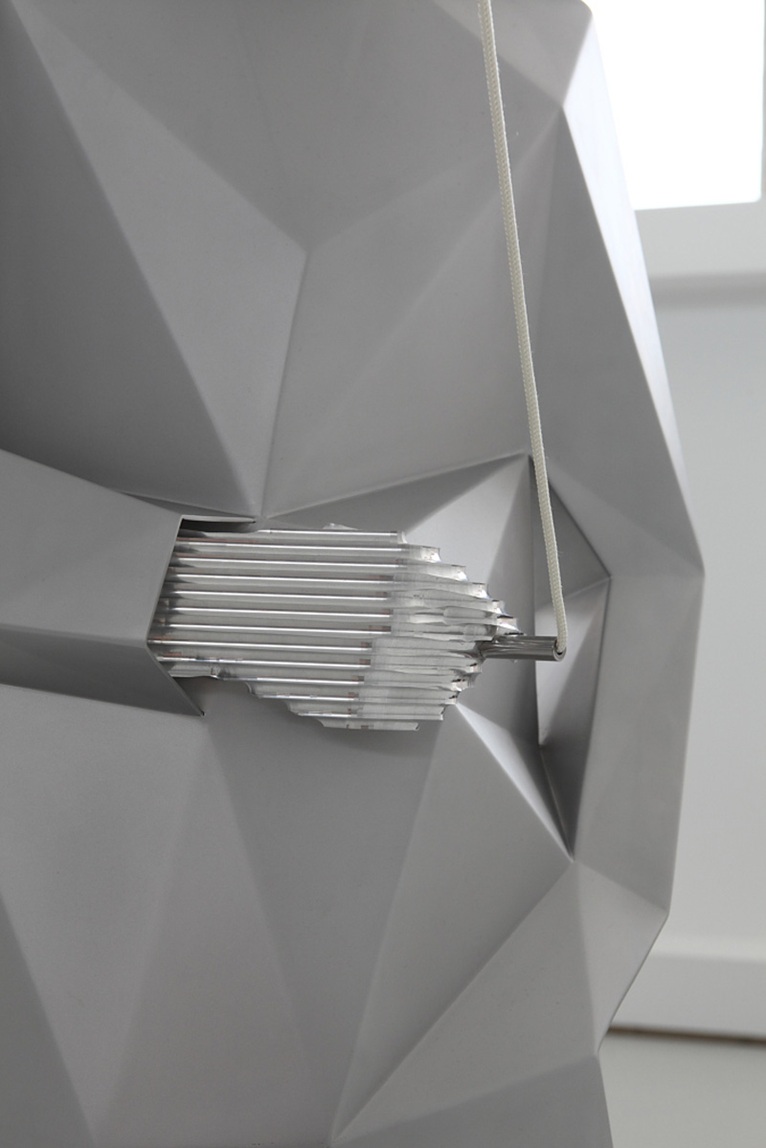 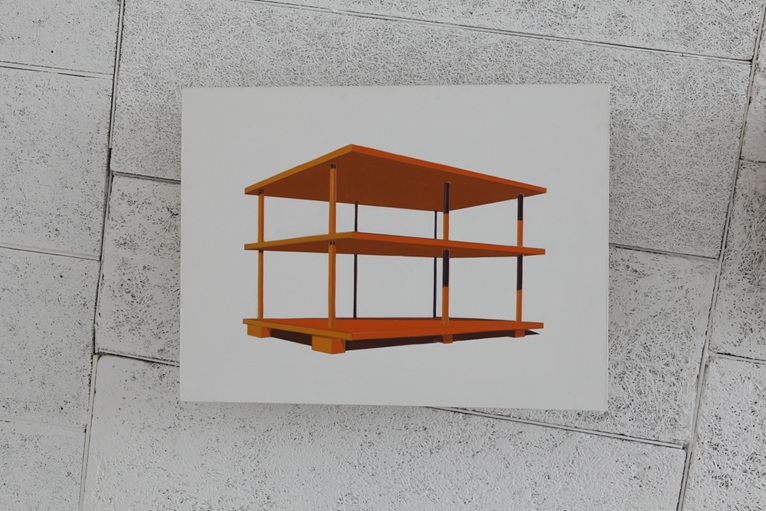 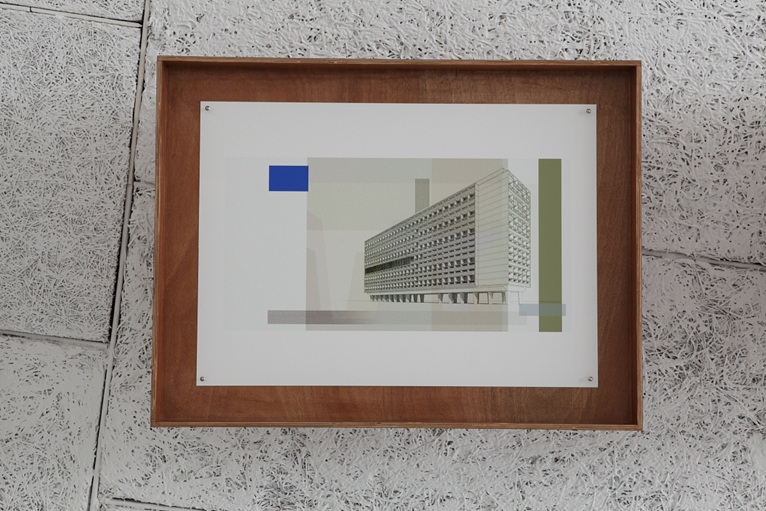 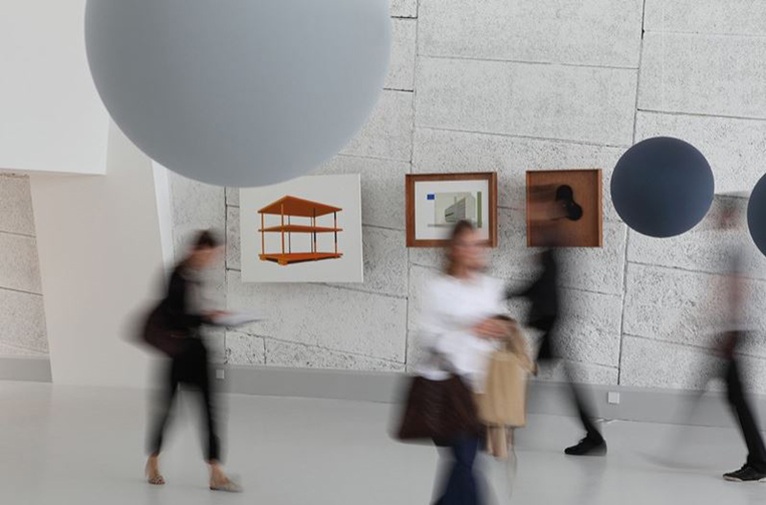 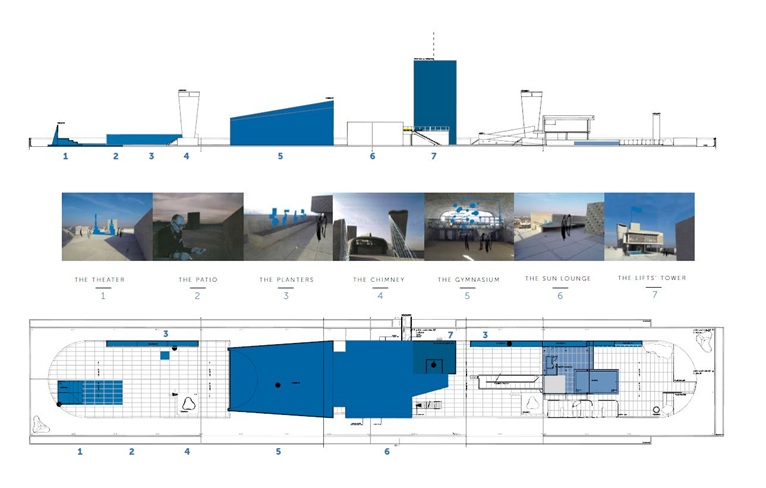 Since 2012, he has been developing Architectones, a series of artistic interventions in key sites of modernist architecture. The first three took place in Los Angeles (Richard Neutra’s VDL, Pierre Koenig’s CSH No.21 and John Lautner’s Sheats-Goldstein Residence). This exhibition marks the fourth in the series, and will be followed in September by Claude Parent and Paul Virilio’s Sainte-Bernadette du Banlay church in Nevers. 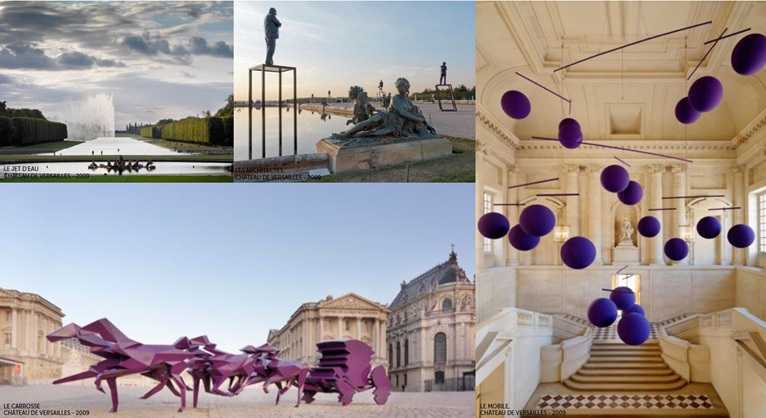 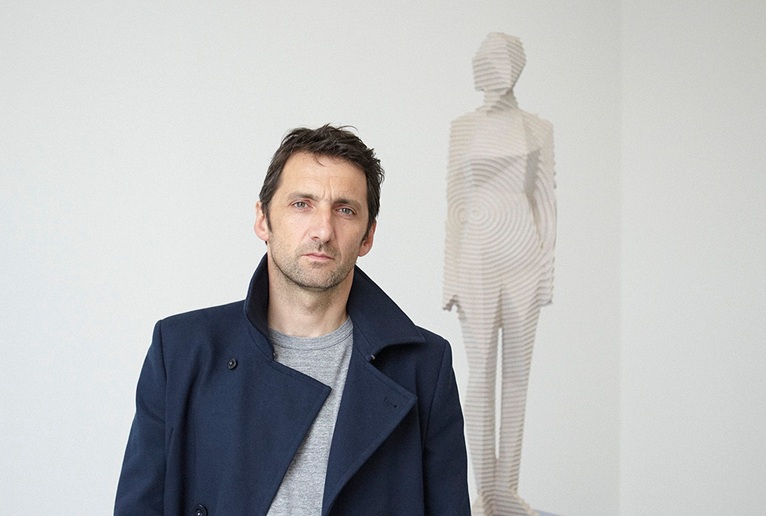 "What is the ultimate place that I would like to show in my work? As I was searching for the answer to that question, I started thinking about a series of atypical shows in major architecture places from the last hundred years. This echoes the celebrationof contemporary architects, of whom i erected the statues for my personal exhibition in Versailles, in september 2009. Rather than the individuals, it is now with their work that I want to interact, creating specific situations for each construction. The chosen places come from my personal pantheon. The various buildings are occupied by specific monochrome interventions : a statue on a roof, a tiny work integrated into an element of the construction, a floating sculpture in a pond, a statue passing through a pane … The places could either host visitors for a long period (for example, on the occasion of the Unité d’Habitation), or become a non accessible intervention, that would only be documented." 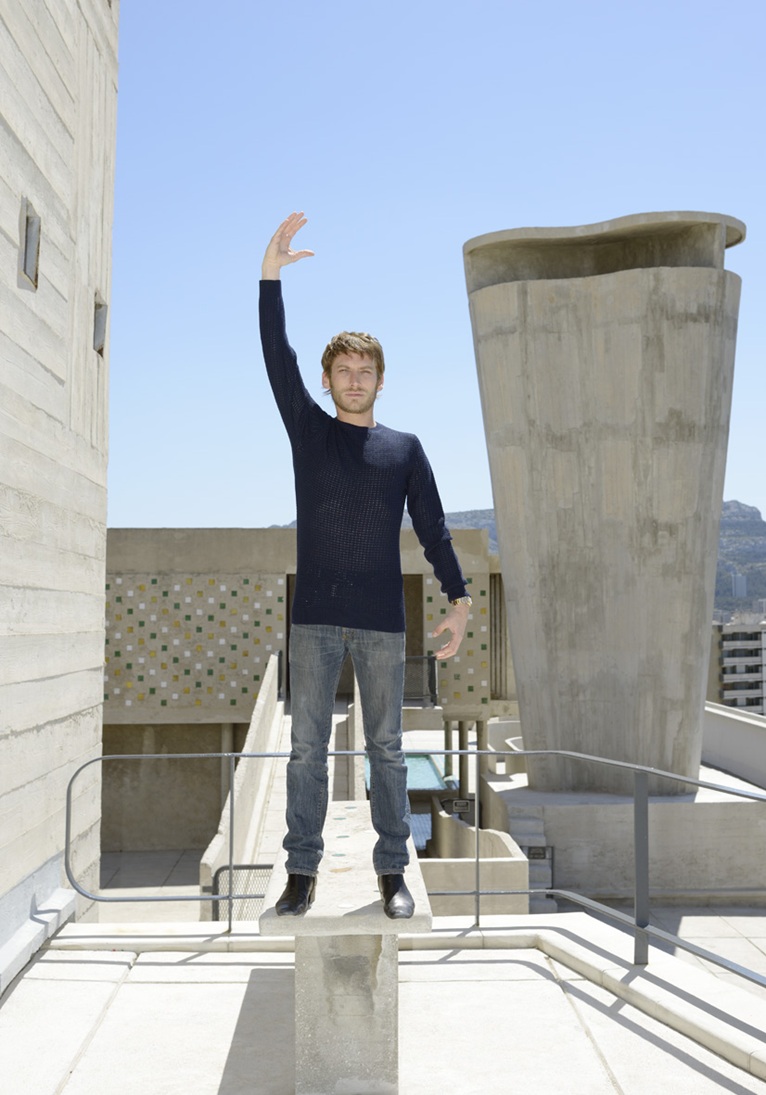 Background of the project, and its challenges

In 2010, Ora Ito discovered that the gymnasium of the Cité Radieuse, constructed in the 60s atop its roof terrace, was being put up for sale. The site was truly breath-taking, but blighted by a clumsy later extension that had been listed along with the rest of the building in 1986, making it impossible to demolish. War broke out, but with the support of the Fondation Le Corbusier that had been fighting independently to restore the building to its original state, and with the additional backing of all the Cité’s residents, the restrictions were lifted. The carbuncle was removed and the roof-terrace restored to its former glory.

The walls have since been painstakingly and respectfully restored according to the original plans with the help of Corb’s ever-faithful resident enthusiasts. Soon painting, sculpture, video and performances will find space and an audience where Le Corbusier chose to build a painting studio for children. By creating an arts centre on this very terrace, Ora Ito continues the Corbusian philosophy of welcome and exchange.

Through the MAMO Audi talents awards, he aims to extend the bridges of friendships and possible encounters. And of course, we’re all invited. 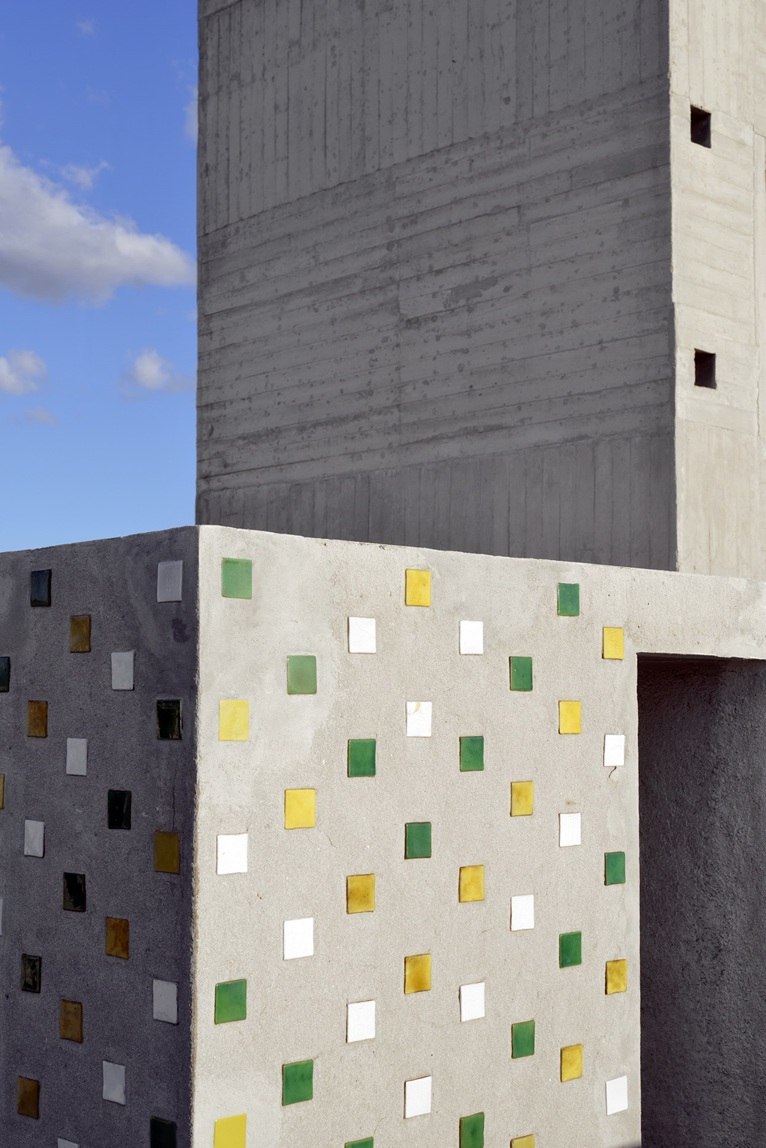