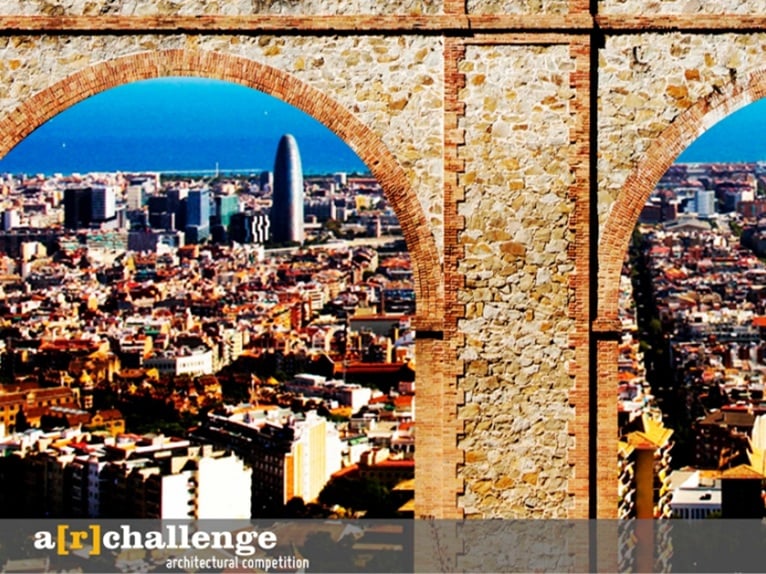 COMPETITION _ Archallenge, together with Barcelona City Hall , want to project the “Barcelona Youth Hostel”. This is going to be a hostel for young people placed in one of City Hall's plot in the area.

This hostel will be part of Torre Baró's recovery plan. It will be a place of meetings between peasants, customers, locals and the beautiful nature environment. Also, it is going to be a way to boost up the district, that lays in one of the most quiet and beautiful areas of the city, far away from the noise and the pollution of the city center.

Barcelona is one of the most studied cities in the world. Known for a long time, since Ildefons Cerdà designed “Pla d'Eixample” until today, It has been an example of investigation and innovation, focused on architecture and urbanization.

This first contest will bring us into a quite forgotten area of the city, but with a great interest thanks to its new remodeling and opportunities of expansion. This place is called Torre Baró, in the district of Nou Barris, one of the most unique neighborhoods of the city. This district was born during the second half of the 20th century, close to the Collserola's mountain. The aim was to transform this area into a “garden district”, but unfortunately it didn't come to a beautiful end. The area came up to be an autoconstructed one, where immigrants coming from everywhere were gathering and constructing their own houses during the 50's and 60's.

The registration are opened to students until September 30th and the projects must be submitted by October 7th. The winner will be awarded with 1000€. The 2nd award will be 600€ and 3rd award 400€.