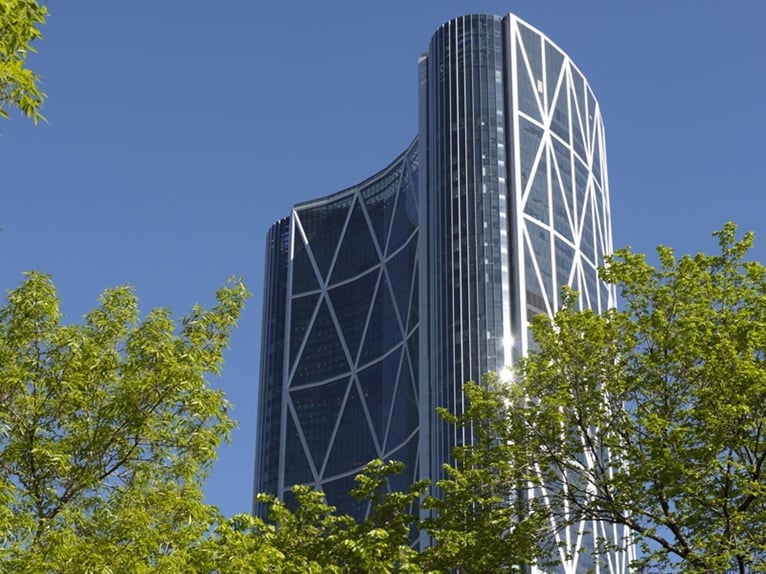 07/06/2013 - Special events have been held in Calgary this week to mark the official opening of The Bow, a 237-metre-high headquarters tower – the city’s tallest building and Canada’s tallest tower outside Toronto. 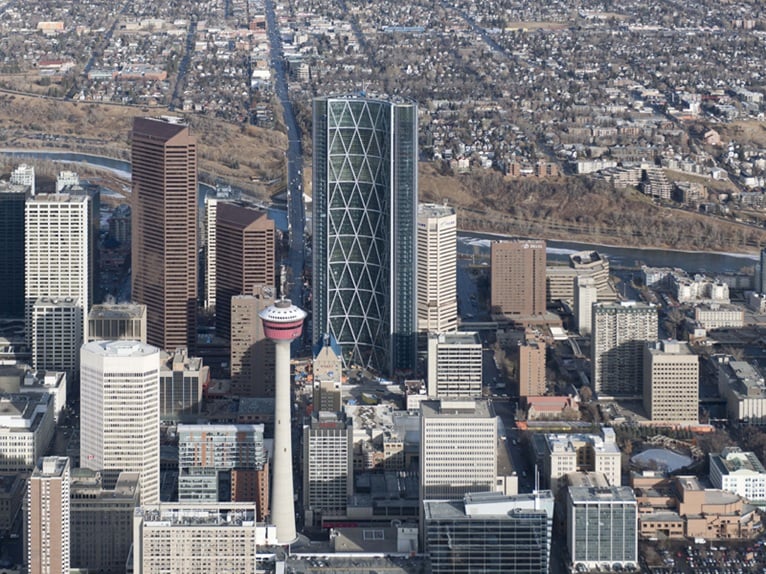 A bold new landmark on the skyline, designed by Foster + Partners, the project is equally significant in urban, social and environmental terms: the public base of the tower is filled with shops, restaurants and cafes and extends into a generous landscaped plaza, while the office floors are punctuated by three six-storey sky gardens, which encourage natural ventilation and help to significantly reduce energy use.

The Bow is the first major development on the east side of Centre Street, a major axis through downtown Calgary, and it provides a shared headquarters for Encana and Cenovus. The building’s form was shaped by analysis of the climate and organisations. The tower faces south, curving towards the sun to take advantage of daylight and heat, while maximising the perimeter for cellular offices with views of the Rocky Mountains. By turning the convex facade into the prevailing wind, the structural loading is minimised, thus reducing the amount of steel required for the inherently efficient diagrid system. Each triangulated section of the structure spans six storeys, helping to visually break down the scale of the building. 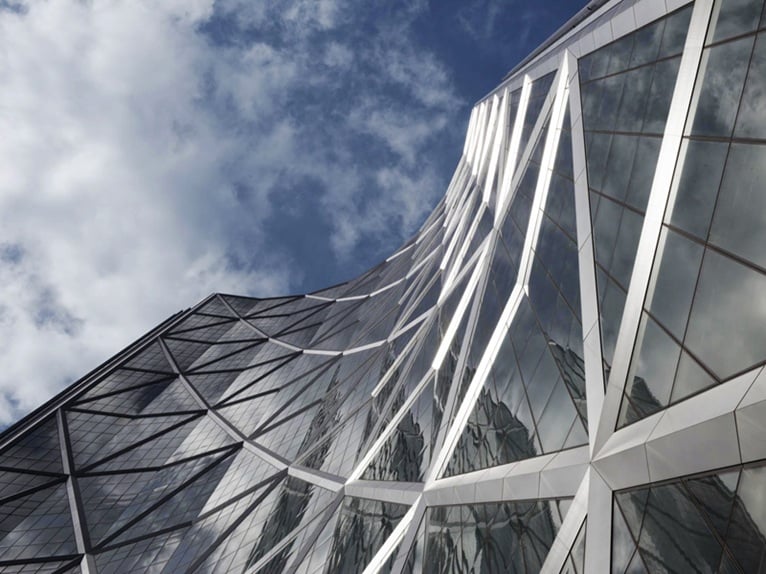 Where the building curves inwards, the glazed facade is pulled forward to create a series of atria that run the full height of the tower. These spaces act as climatic buffer zones, insulating the building and helping to significantly reduce energy consumption. As each floor plate has been sized to accommodate a whole business unit, there was a need to promote collaboration across the companies and bring a social dimension to the office spaces. Vertical access to the office floors is therefore directed through three spectacular sky gardens, which project into the atria at levels 24, 42 and 54 and incorporate mature trees, seating, meeting rooms, catering facilities and local lift cores. Staff facilities in these atria are complemented by an auditorium at the very top of the building. 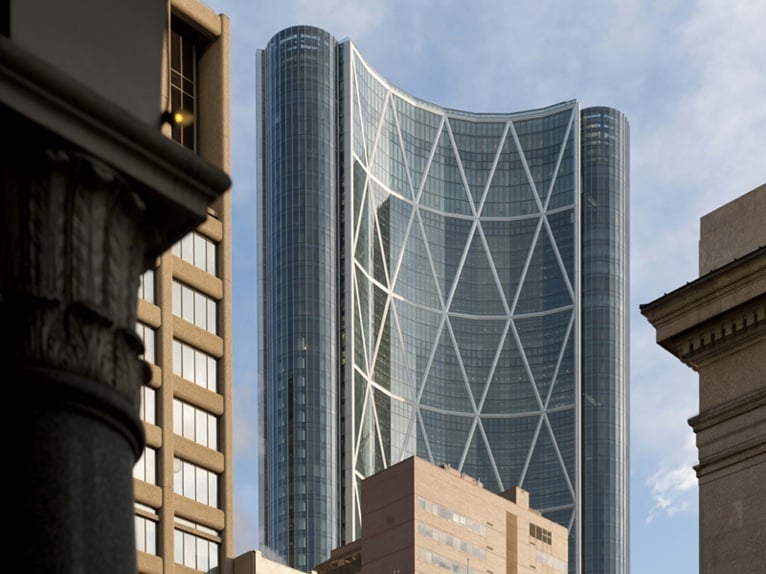 The Bow also establishes lateral connections with surrounding buildings. The tower is fused at two points to Calgary’s system of enclosed walkways, which offers a retreat from the city’s harsh winters. The second floor is open to the public and integrates shops and cafes, and with the only public connection over Centre Street, the scheme completes a vital pedestrian link in the downtown network. Externally, the building’s arc defines a large landscaped public plaza, at the heart of which is a landmark sculpture by Spanish artist, Jaume Plensa.

Nigel Dancey, Senior Partner, Foster + Partners: “The tower’s form was shaped by the unique Calgary climate – facing south, the building curves to define a series of spectacular light-filled six-storey atria, with mature sky gardens, cafes and meeting areas, which bring a vital social dimension to the office floors. This principle extends to the base of the tower, which is highly permeable, with a +15 enclosed bridge connection to downtown, an atrium of shops and cafes and a fantastic new plaza. Every aspect, from the raised floors to the diagrid structure, is designed to be highly efficient. The Bow is a bold new symbol for Calgary, and is testament to the strength of our team and excellent local relationships.”