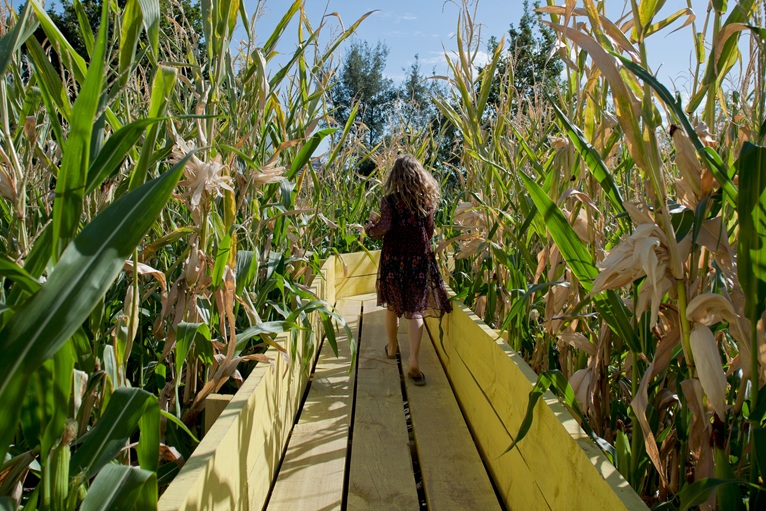 INSTALLATION _ The Garden of Forking Paths designed by Beals + Lyon architects has been recently inaugurated in Santiago (Chile).

The studio won last year the first Chilean edition of YAP! Young Architects Program, the annual collaboration between The Museum of Modern Art and MoMA PS1that fosters innovative design research and promotes emerging talent. In Chile, this initiative is launched together with the platform for emerging architects CONSTRUCTO.

The installation Garden of Forking Paths aims to create an environment of slowness; a new scale for leisure and the unforeseen in a park that is otherwise insistently being pushed and transformed into a productive and lucrative space. 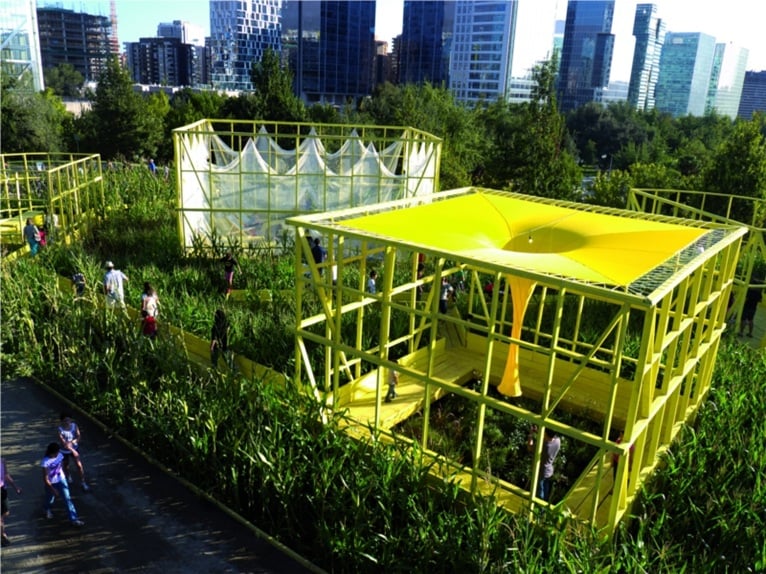 This quietness allows to perceive on a different way: slow, paused, useless, thus establishing a connection with their bodies through an unexpected sensual experience.This couldbring a whole new understanding of space, capable to locate the body, back at the centre of architecture.

The site of the intervention is found in the Southwest corner of the Parque Araucano in Santiago of Chile, at the highest point on a hill, surrounded by native trees. Its position is inscribed within a perimeter path, and itself implies a certain distance and discovery of the park. In this trail we have attempted to create a knot, a series of consecutive bifurcations; a system that proposes new rules, a new pace; an instrument that promotes a multi-sensorial perception and experience of the landscape that surrounds it. 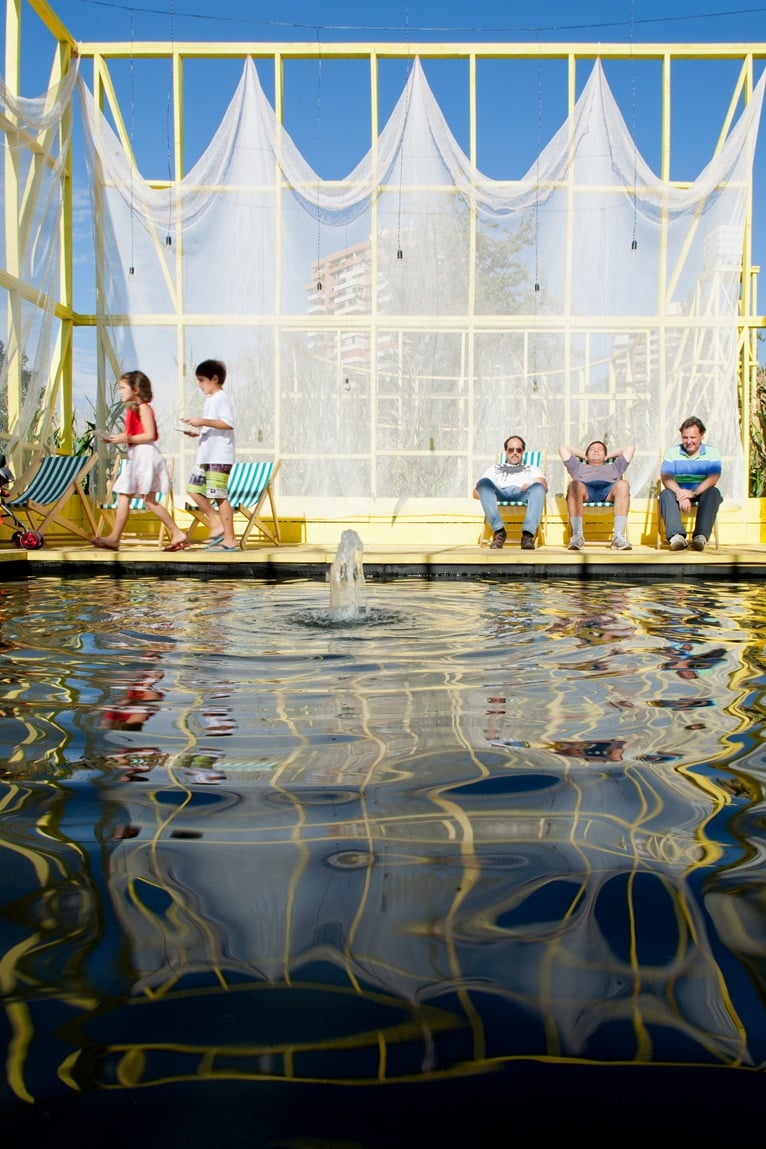 A pavilion in the park is usually seen as an isolated form read against the landscape, built to be perceived only visually from the outside. On the other hand, typologies like the enclosed garden, the grotto and the labyrinth are conceived from within, demanding a certain exploration and experience for their understanding. They have an ambiguous nature: they are simultaneously natural and artificial, interior and exterior, public and private, leaving space for the interpretation of both their significance and the situations that can occur within them. 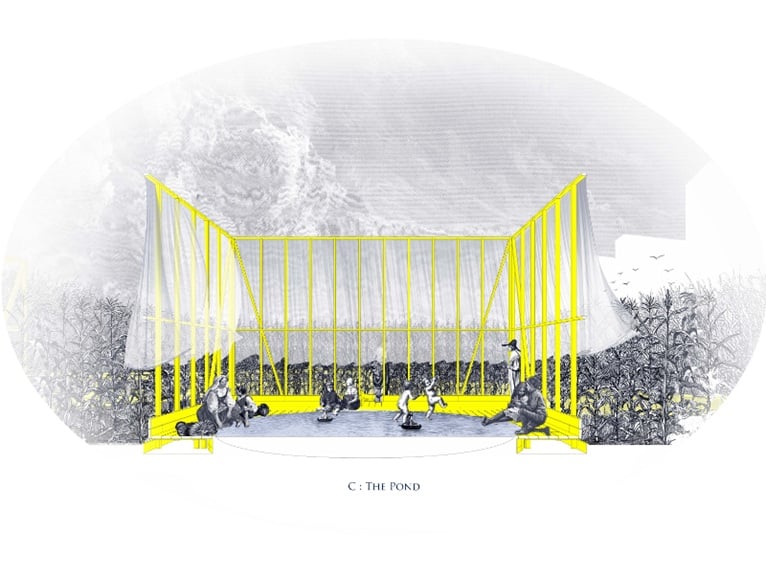 With the labyrinth as a medium, the project creates a narrative of situations of discovery and surprise, exploring the possibilities of public space by introducing a series of new atmospheres and ambiences. To achieve this, has been used vegetal mass that creates a blurry or low-resolution environment, promoting perception through all the senses. This cornfield is explored through a system of timber paths built with recycled scaffolding planks. The whole structure is painted yellow, distinguishing it from the predominantly green landscape.

The trail begins and ends in a larger, yard like space, a meeting place from which slight views give clues as to the happenings within the interior. This space along with the system of pathways simultaneously allows for the potential of both collective activity and personal experience and exploration. Watering systems in the four corners of the maze are activated at certain intervals, suddenly changing the atmospherical conditions. It is this as well as a central pool and light materials floating in the interior spaces, which freshen the atmosphere. 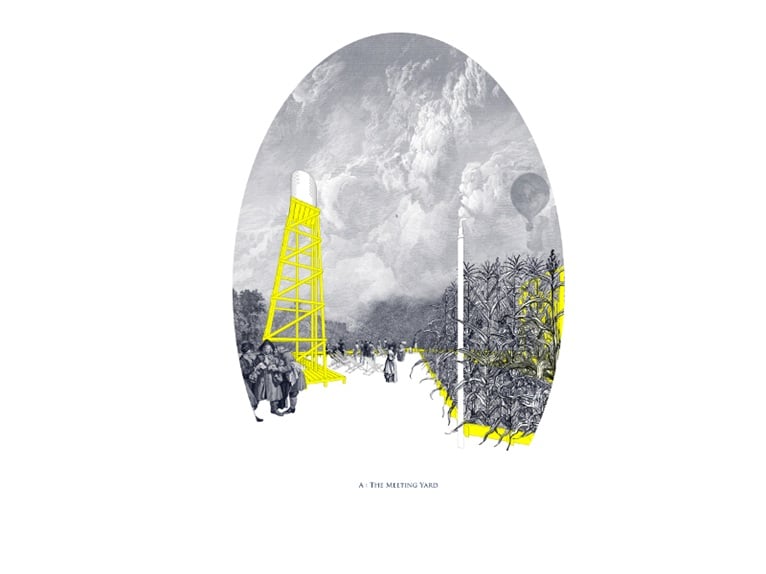 The vegetal mass will be literally eaten by the visitants, its remaining degrading in the ground below. Also, the whole structure is modular, allowing for its dismantlement and re-location in another site permitting, perhaps, that another overlooked section of the city can be rediscovered, and the potential for its public use, explored. 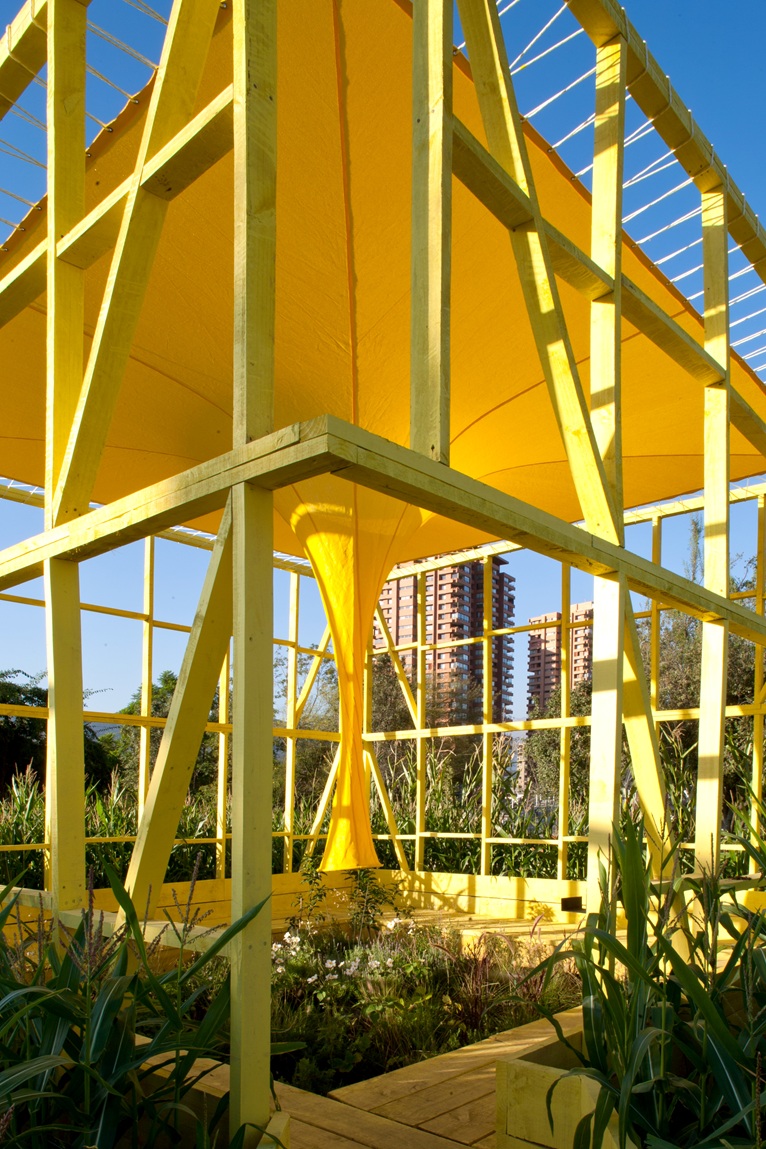 Along this summer are going to be inaugurated Party Wall project by CODA (winner of YAP 23013 in New York) in the MoMA/MoMA PS1 courtyard, Sky Spotting Stop by the Istanbul based office SO? Architecture and Ideas, (winner of YAP 2013 in Turkey) in the Istanbul Modern piazza and the He installation by the Turin bam!bottega di architettura metropolitana who won YAP MAXXI 2013.