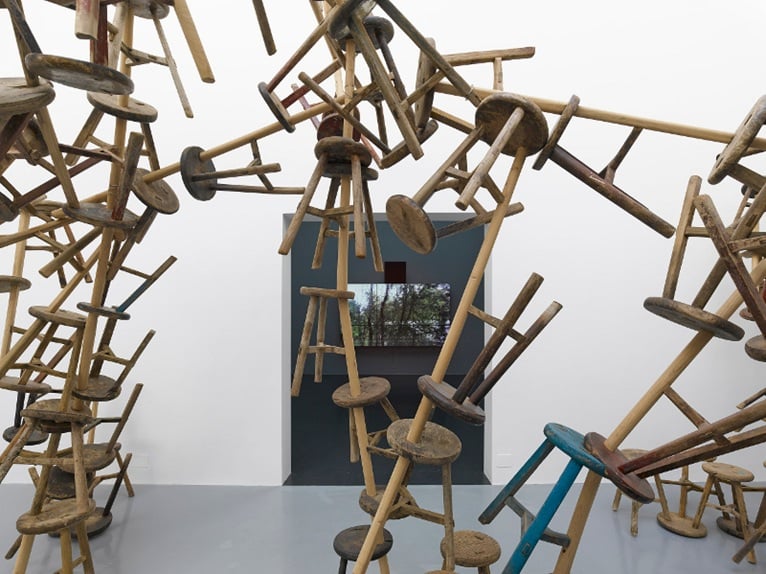 ART_ The 55th International Art Exhibition is open to the public until 24 November 2013 at the Giardini, the Arsenale, and in various venues around the city of Venice.

The production, inside the rooms of the French pavilion that is housing the German exhibition (and viceversa) just for this year, is defined by various forms of collaboration between artists from all over the world and by an intellectual and cultural climate that is profoundly international. No less remarkable is the fact that Germany has become a country in which artists like Ai Weiwei, who are victims of political persecution, might find refuge. 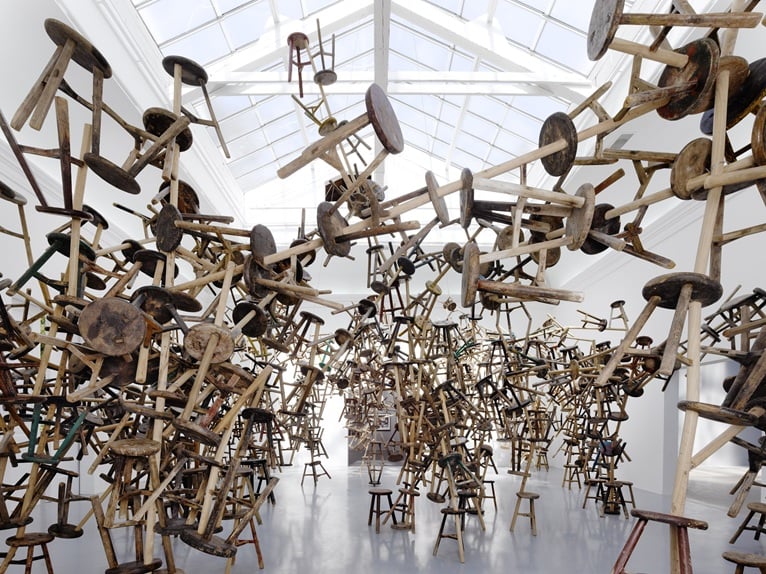 The chinese artist Ai Weiwei with Bang installation (2013) assembled 886 three-legged wooden stools. In today’s China, the three-legged stool is an antique. Manufactured by a uniform method, it was in use throughout China and in all sectors of society for centuries.

Every family had at least one stool, which served all sorts of domestic purposes and was passed on from generation to generation. After the Cultural Revolution, which began in 1966, and the subsequent modernization of the country, however, production of these stools plummeted. Aluminum and plastic have superseded wood as the standard material for furniture. 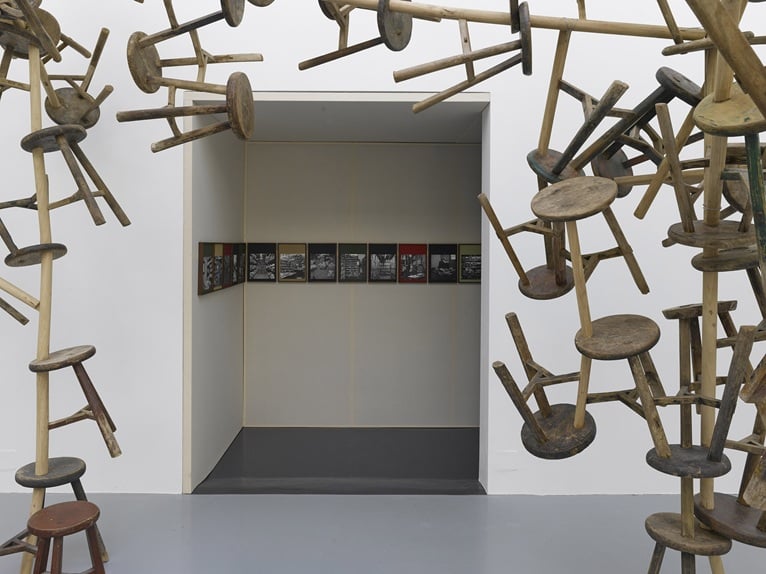 Ai Weiwei, recruiting traditional craftsmen who possess the necessary and now rare expertise, has created an expansive rhizomatic structure out of 886 of these stereotyped and yet highly individual objects, whose sprawling growth recalls the rampantly proliferating organisms of this world’s megacities. The single stool as part of an encompassing sculptural structure may be read as a metaphor for the individual and its relation to an overarching and excessive system in a postmodern world developing at lightning speed. 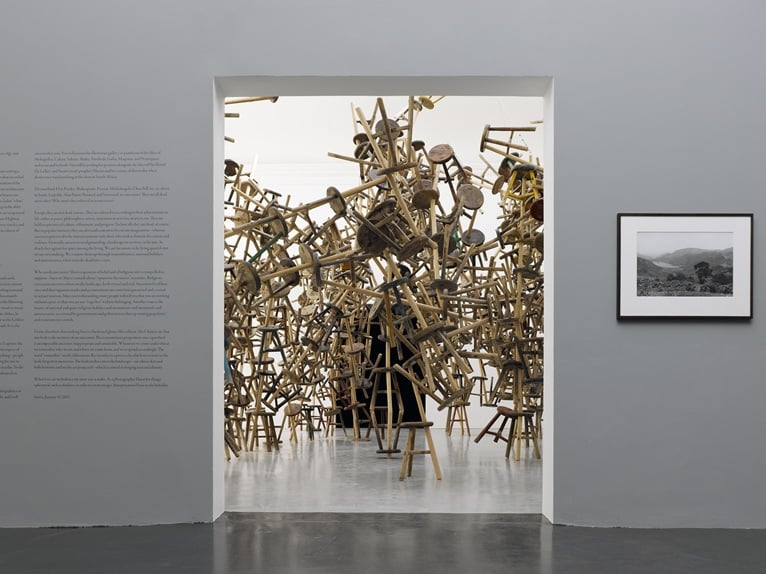 Ai collaborated with Swiss architects Herzog & de Meuron as the artistic consultant on the Beijing National Stadium for the 2008 Olympics. As a political activist, he has been highly and openly critical of the Chinese Government's stance on democracy and human rights.

He has investigated government corruption and cover-ups, in particular the Sichuan schools corruption scandal following the collapse of so-called "tofu-skin schools" in the 2008 Sichuan earthquake. 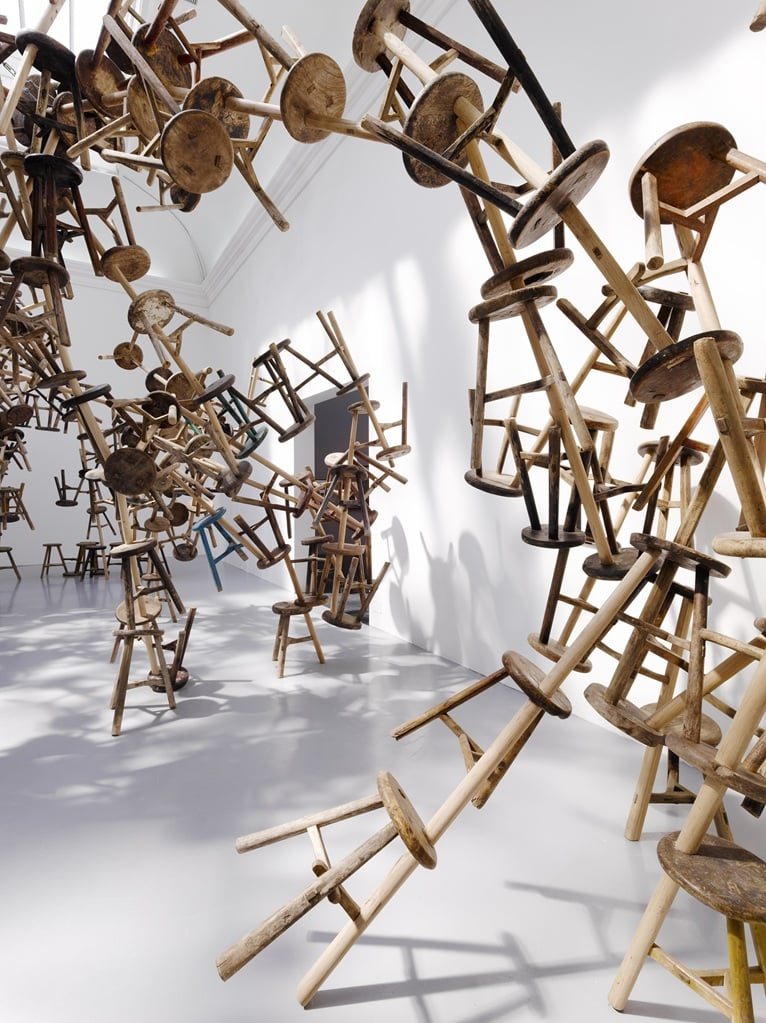 As a collateral event of the 55 International Art Exhibition, Zuecca Project Space , in collaboration with the Lisson Gallery in London, presents an exhibition with other new works by Ai Weiwei (until 15 September 2013).