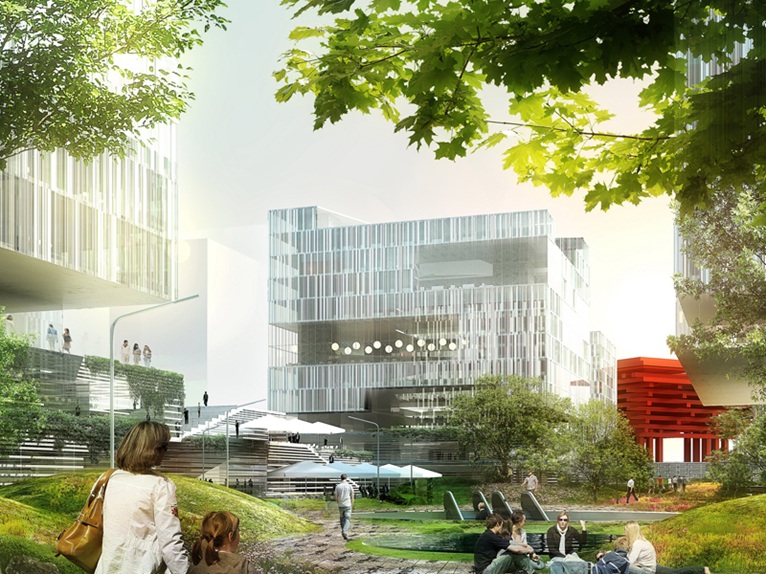 schmidt hammer lassen architects won the international competition in 2012 to design the 50,000-square-metre project located immediately next to the iconic Chinese pavilion. The Green Valley development will become a new central urban development in Shanghai, integrating new sustainable solutions in both the urban design and the individual buildings on the site.

The Shanghai World Expo in 2010 placed emphasis on the future sustainable development of the formal industrial dockyard area of the city. The Expo event itself transformed this area into a new destination for the city. What remains after the Expo event is over and most of the pavilions are torn down is a strong and well-developed infrastructure with green parks, promenades and cultural attractions. The Green Valley project will mark the heart of the new permanent development of the site.
“The new Green Valley development, with offices, shops and restaurants, will become a new destination not only for the main users of the area but for people from Shanghai in general,” explained Kristian Lars Ahlmark, partner and project responsible at schmidt hammer lassen architects. “It will be a green, sustainable landmark for the city and for the entire region. It is a great honour to be part of this development on such a prominent site.”

A central open space composed of greenery, water and a soft landscape runs through the middle of the site. It functions as the spine of the Green Valley. This open space splits the site equally into two, with two major buildings located on each side. 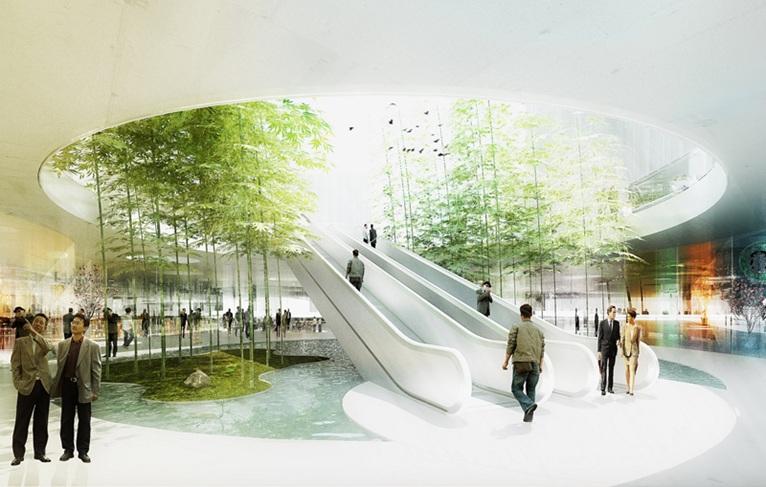 The buildings have a large, connected structure, tightly choreographed to set a new scene for urban life. It will act as a guiding element in the development of the entire area. The buildings are designed to offer modern office facilities with a high standard of finish, flexibility, consideration of environmental issues, and low operating costs. The design expresses openness and accessibility, with a strong identity. The green hanging gardens inside the open atriums will be visible from the surrounding areas, and the people working in the buildings will be offered a great view to the greenery and city beyond. 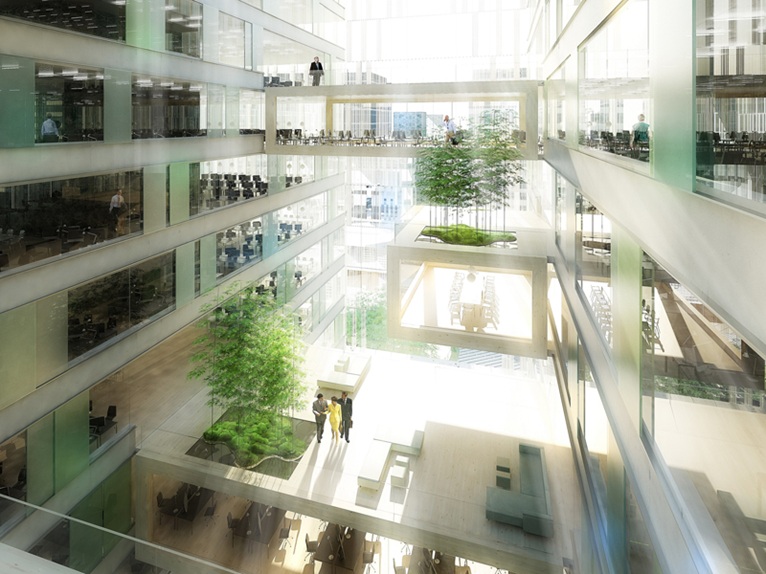 “The project is designed so that, despite the monumental scale of the site, it relates to the human scale in the public spaces, giving a diverse, vibrant and inclusive community,” said Chris Hardie, associate partner and head of schmidt hammer lassen architects’ Shanghai office.

The Green Valley is just one of four major projects currently being designed by schmidt hammer lassen architects in the centre of Shanghai. All the projects relate to the redevelopment of the former industrial areas along the riverfront, and build on the studio’s celebrated track record in regenerating a number of prominent waterfront sites in major cities throughout Scandinavia. In Shanghai, the studio is designing the new Xuhui Binjiang Performance Arts Centre, is working on a redevelopment of a former coal storage building which will become a new art gallery and museum for an international art dealer, and has recently been appointed to design a pavilion for the West Bund International Biennale of Art and Architecture, alongside architects Atelier Deshaus, Atelier BowWow and Pritzker prize winner Wang Shu.

The Green Valley development is expected to be completed in 2015.