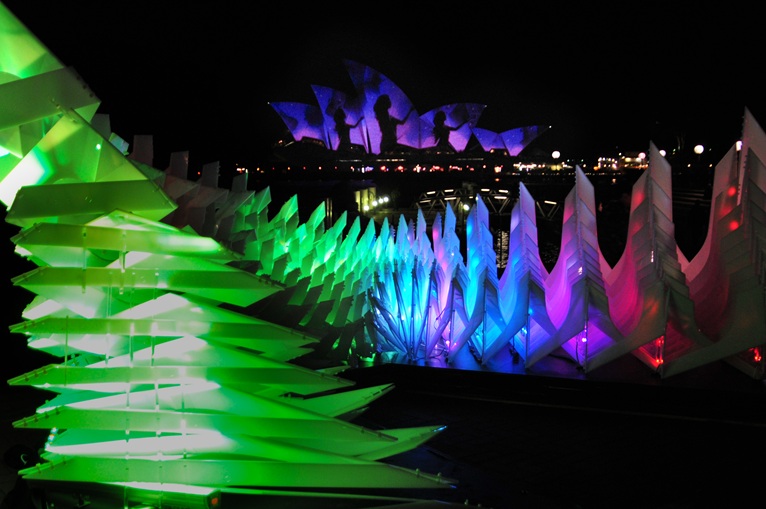 EVENT _ Sydney is housing until 10 June 2013 the event Vivid Sydney , that colouring the city with creativity and inspiration. Vivid Sydney highlights include the hugely light installations, projections and performances from local and international musicians.

We have selected some of the most interesting proposals of this year.

Using the latest interactive lighting technology, you are able to select a section of the bridge to light up, choose your own colour and watch in awe as your illuminated creation brings to life the beautiful grey arch and spans of this iconic piece of Australian architecture.

The lighting of the world-famous bridge is designed especially for Vivid Sydney by 32 Hundred Lighting with partner Intel who  turns the Sydney Harbour Bridge into an interactive light experience. Lighting installation designed by Iain Reed and software design and production by Martin Bevz. 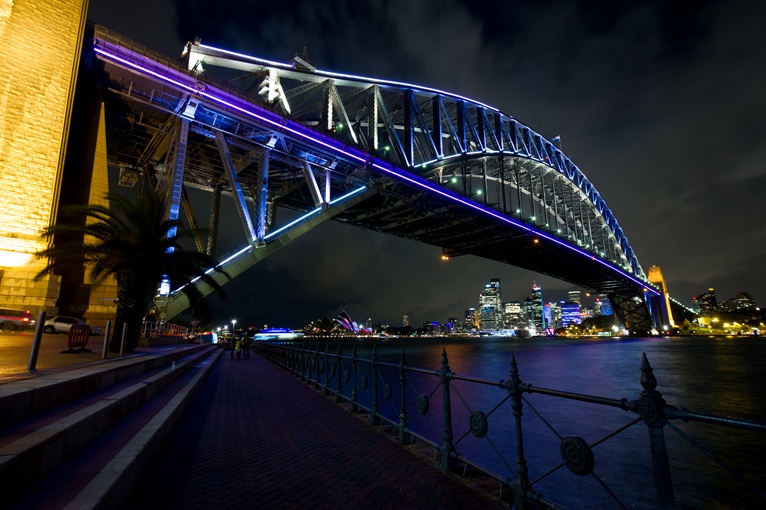 In a watershed moment for Vivid LIVE, Australia’s own creative innovators The Spinifex Group will take to the Sydney Opera House sails with a newly commissioned artwork, PLAY,  transporting audiences through a playfully projected journey that will celebrate Vivid Sydney’s light, music and ideas in an immersive new way. 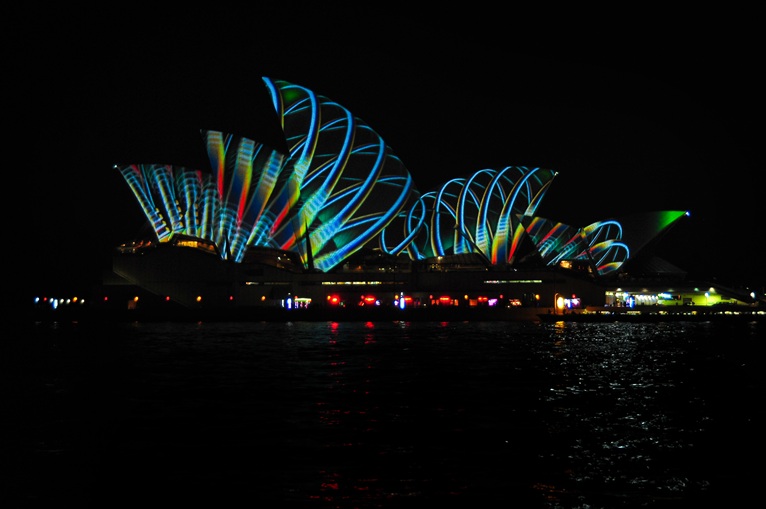 Once again, the MCAA Sydney is a major harbourside venue in Vivid Sydney.  Not only do stunning 3D mapped illuminations light up the façade of the building in a creative splurge of colour and movement but, inside, the museum is home to the ever-expanding Vivid Ideas Exchange as well as a series of major new exhibitions. 3D-mapped projections are the result of a unique collaboration between a world-class content creator and a world-class creative communications company. The sublime work of Australian artist, Gemma Smith, represented in the MCAA’s collection, is brought to life by a world leader of magical audio-visual experiences, Sydney’s Spinifex Group.

The sixth floor of the MCAA is once again home to the Vivid Ideas Exchange, the meeting place where you can connect with some of the world’s best creative minds with more than 100 inspiring events. 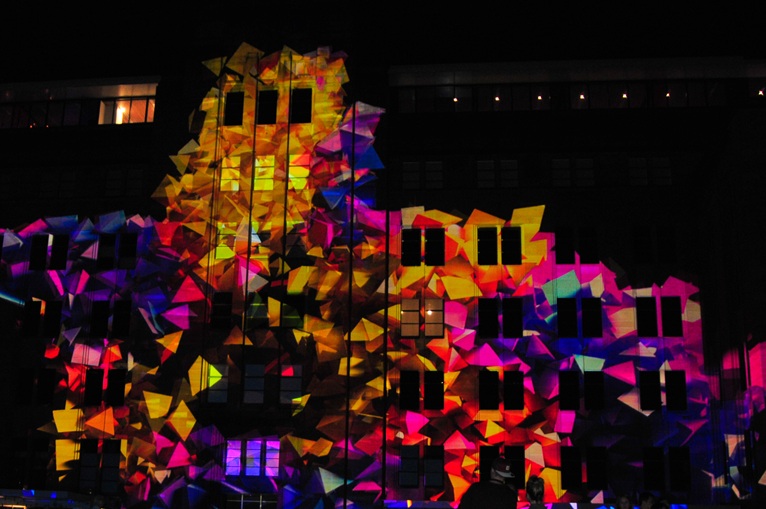 Move your building by Danny Rose

The grand, heritage exterior of Customs House at Circular Quay has proven to be a striking canvas for Vivid in recent years. This year, for the first time, Customs House becomes interactive with Move Your Building. Spectacular 3D mapped projections that are controlled by you and accompanied by music illuminating the façade of one of Sydney’s landmark heritage sites.

You just choose a tune from a playlist, decide the graphic theme for the building and start dancing on a mini dance floor located in front of the building. As you dance and move, you’ll be interacting with the building via the latest projection and mapping technology. 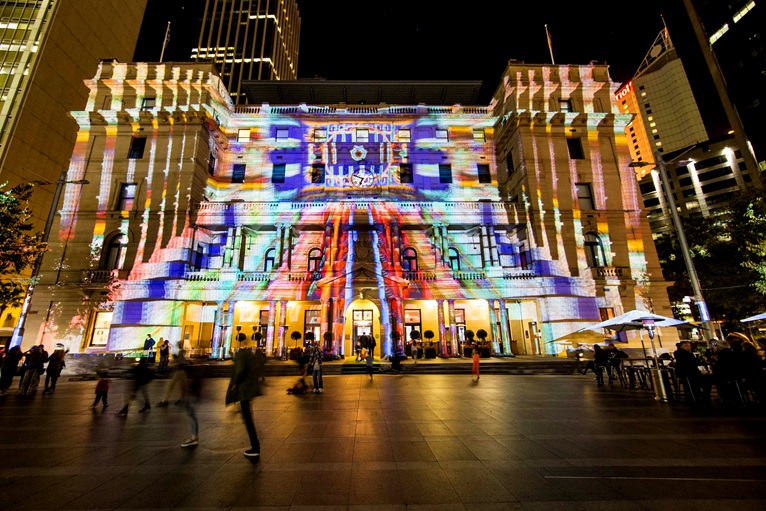 Photo Gallery of the installation around the city 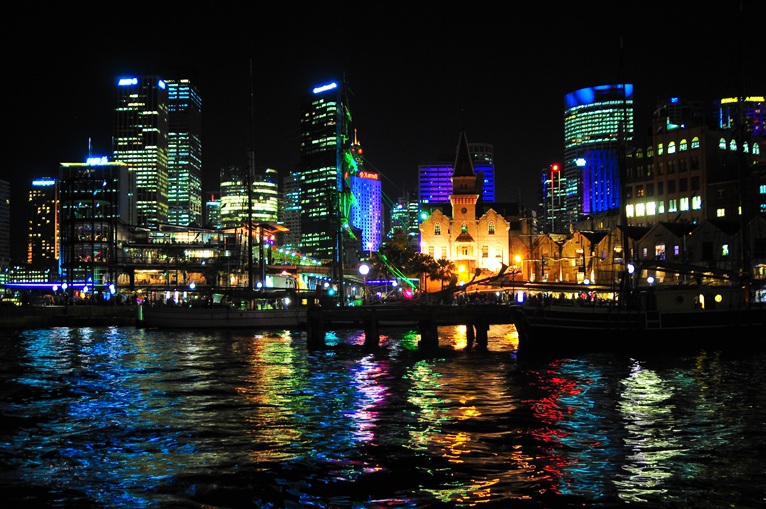 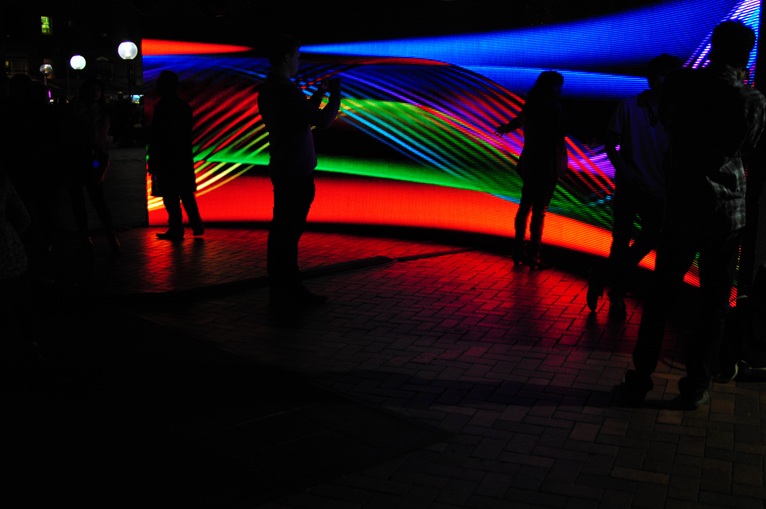 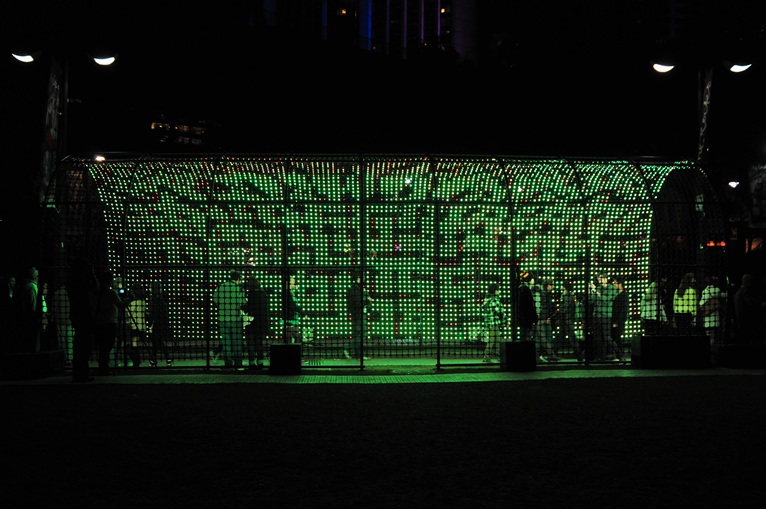 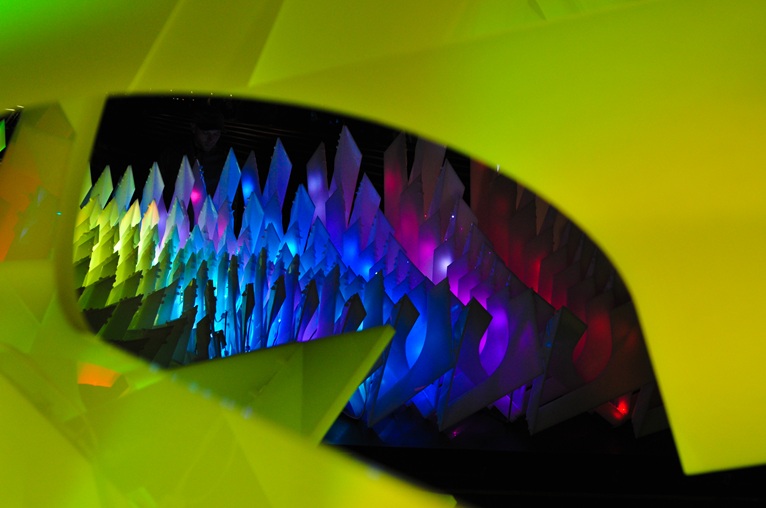