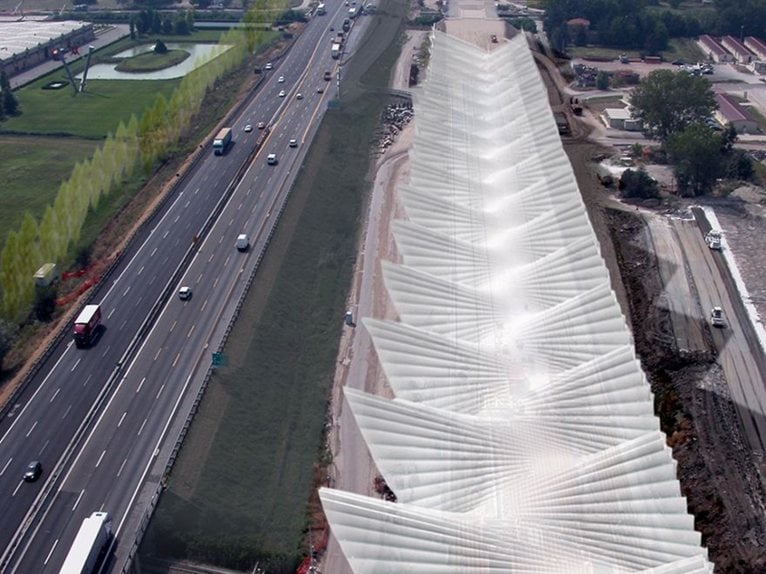 The Mediopadana station of Reggio Emilia designed by Santiago Calatrava will start operating on 9th June.

The new railway station Mediopadana, which is the only stop on the high-speed line in the Milan-Bologna section, will be located about 4 km north of the centre of Reggio Emilia, parallel to the motorway. With the station operating it will be possible to reach Milan in about 40 minutes and Bologna in 20 minutes. 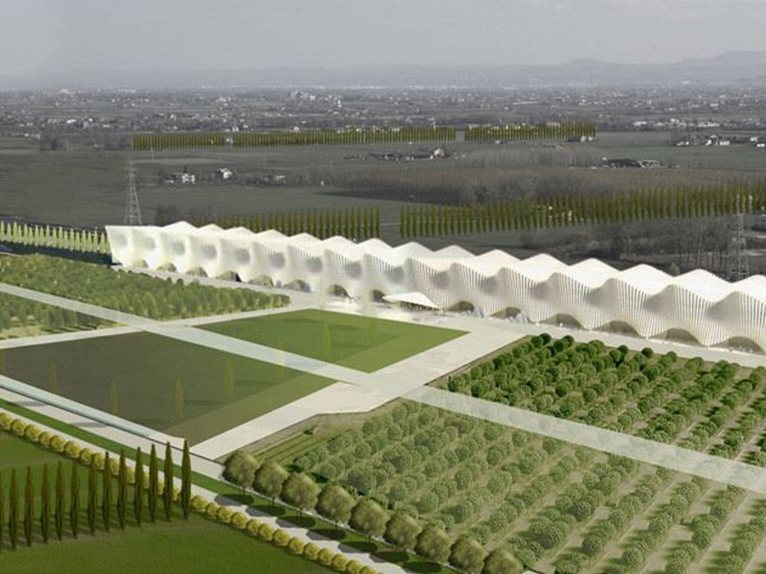 The strategic location gives the station a significant importance, emphasizing its role as identifying element of the city (“gateway station”) of paramount importance within the system of regional, domestic and international mobility system.

The project proposal envisages covering the railway platforms and redeveloping the areas of appurtenance in order to achieve a harmony between the parts of the system. 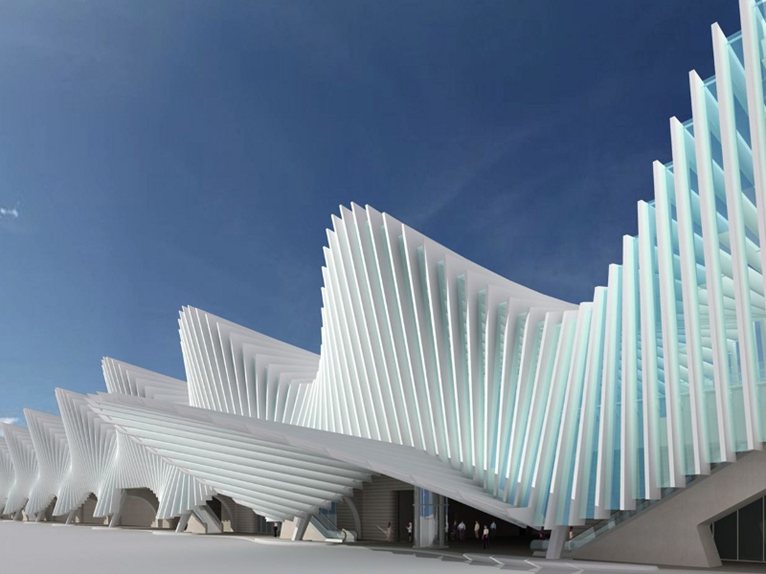 The original idea of a “sail” proposed in the first feasibility study was adapted and reworked into a “wave” in order to better distinguish them from bridges, while retaining architectural harmony and consistency of language with the whole project.

The proposal gives the station its own identity and uniqueness, as an independent architectural element and has the advantage of transmitting a feeling of movement to the travellers passing through on the train or on the adjacent motorway. 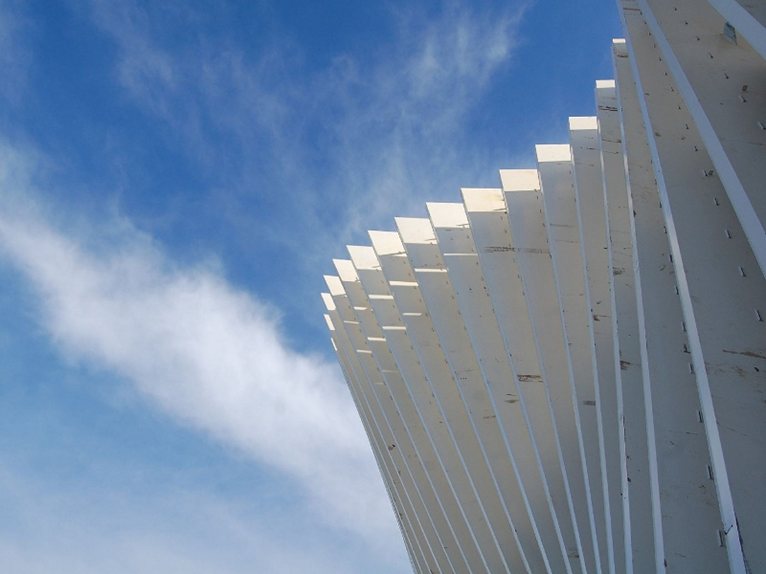 The project involves the repetition of a module 25.40 m long consisting of a succession of 13 different steel portals. Each module is made up of 25 portals spaced approximately 1.00 m from one another which, in a repeating sequence, allows the overall length of 483 m to be reached, creating the effect of a “dynamic wave” that propagates both in plan and in elevation, creating a three-dimensional volume with a sinusoidal shape.

The articulation of the porches indeed creates a visual effect similar to that of a succession of waves arranged differently on the two façades. A glass cover will be created on the platforms for getting on and off the trains. The width of the platforms is about 6 m while the glass cover is made with rectangular translucent laminated panels made of stratified glass, placed between the portals by means of an aluminium frame.