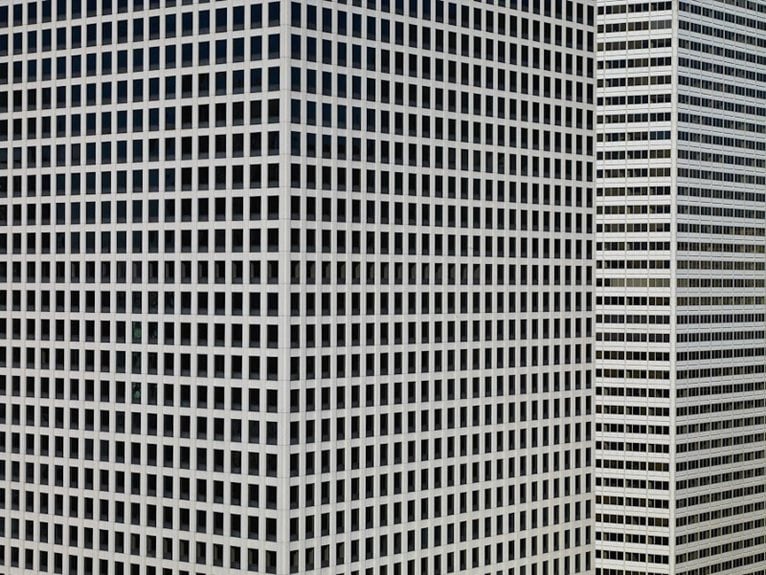 PHOTOGRAPHY _ I am incredibly fascinated by Michael Wolf’s photography. The German photographer, who spent the vast majority of his career in Asia, "trained his eye" to frame the alienating prospective of contemporary city life.

His favorite subject is brutal architecture, architecture of density, where he focuses the city’s sky-scraping tower blocks eliminating the sky and horizon line to flatten each image and turn these facades into seemingly never-ending abstractions.

The role of the people became marginal, just some small and tiny silhouettes appear behind a blind, like a spot in the rigid geometry composition of steel and concrete. 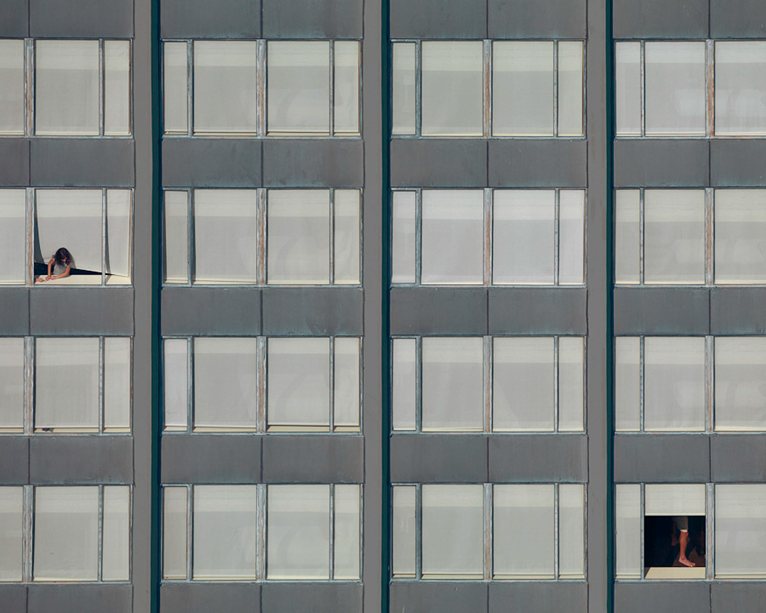 Wolf’s photographs reveal a desire to document and connect with the world around him, but with a contemporary visual approach, taking inspiration from the work of masters like Andreas Gursky or Thomas Struth. 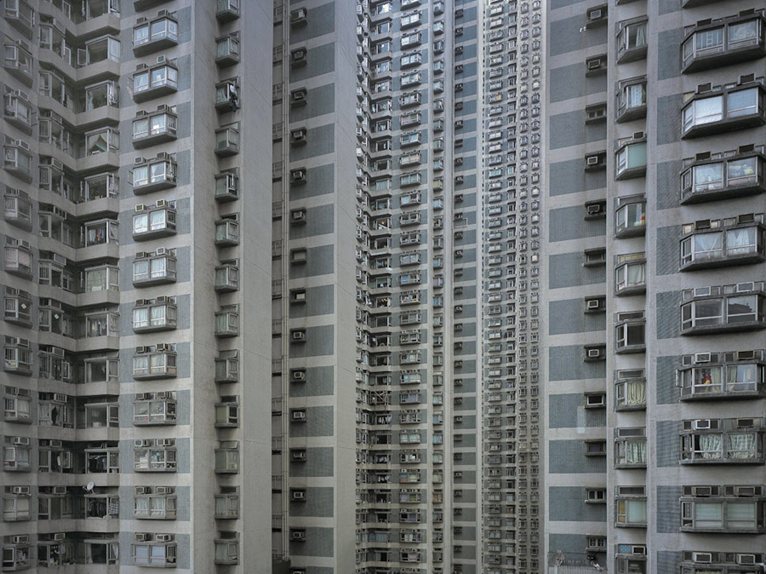 The focus of the German photographer Michael Wolf’s work is life in mega cities. Many of his projects document the architecture and the  vernacular culture of metropolises. Wolf grew up in Canada, Europe and the United States. He moved to Hong Kong in 1994 where he worked for 8 years as contract photographer for Stern magazine. 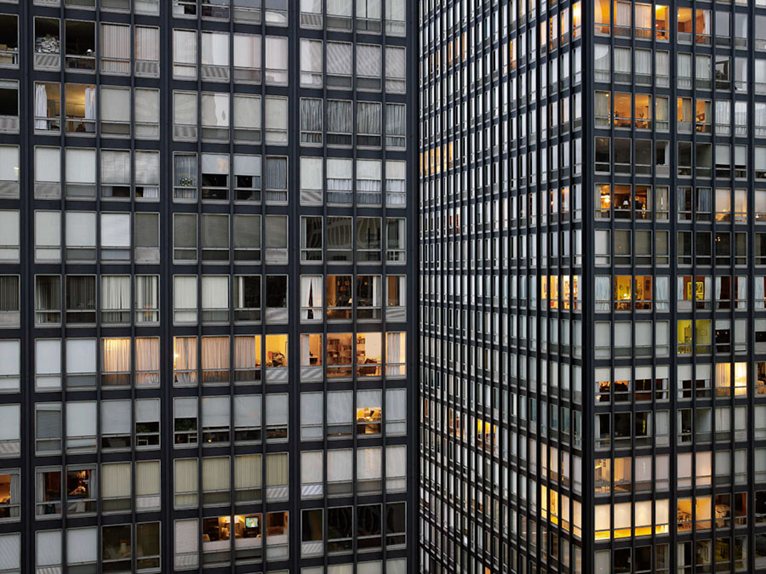 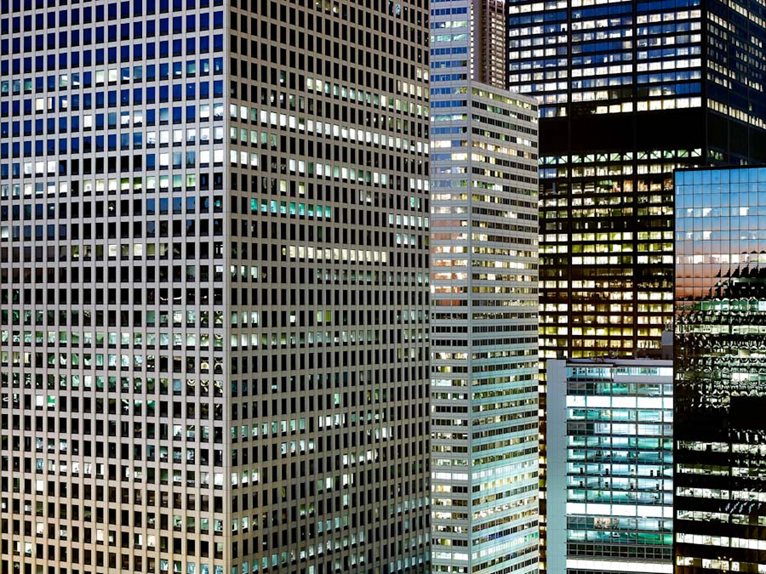 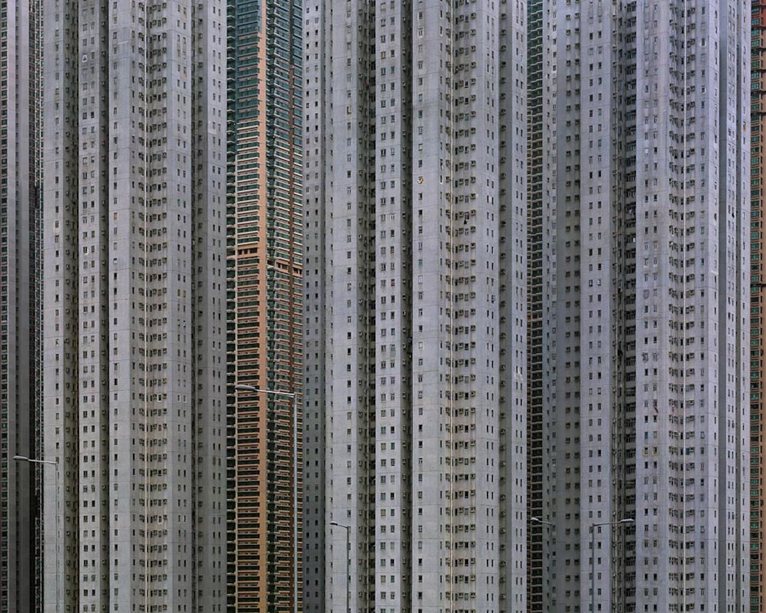 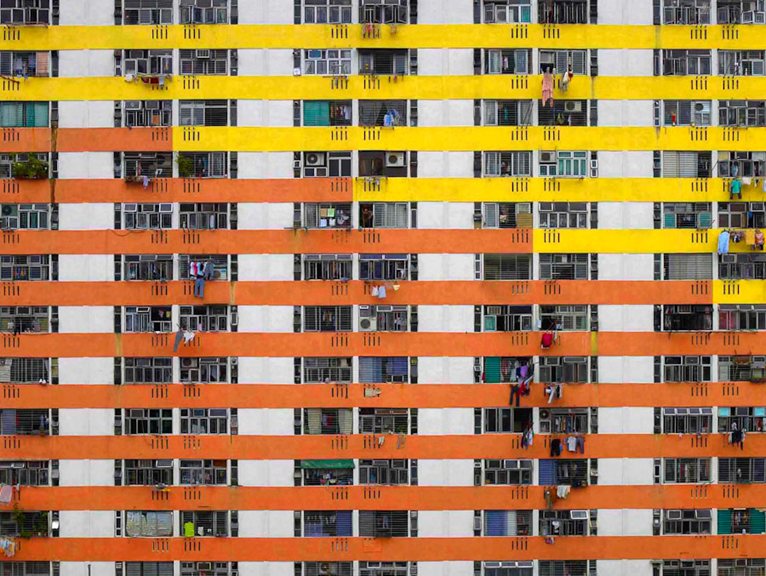