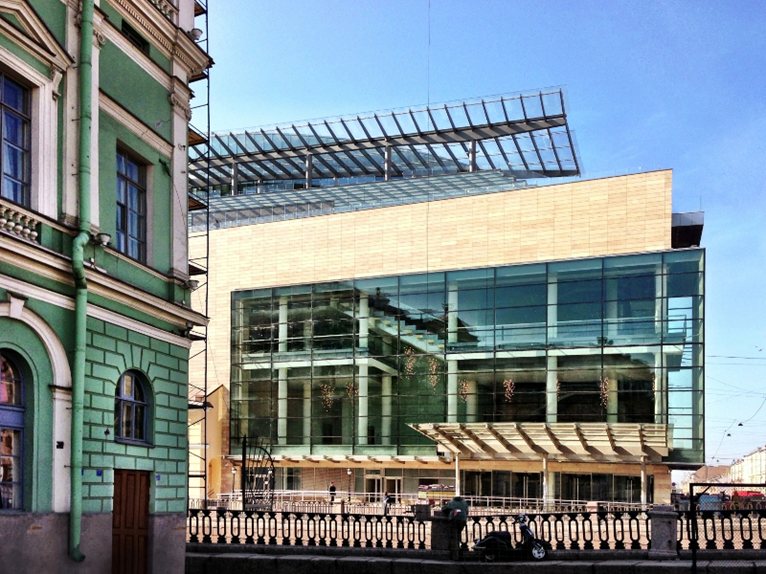 One of the largest performing arts facilities in the world recently opened in St. Petersburg, Russia. Mariinsky II theatre designed by Diamond Schmitt Architects is the new home of the acclaimed Mariinsky opera, ballet and orchestra.

The new theatre is located in the historic centre of St. Petersburg, linked to the original Mariinsky Theatre (1860) by a footbridge which crosses the Kryukov Canal. 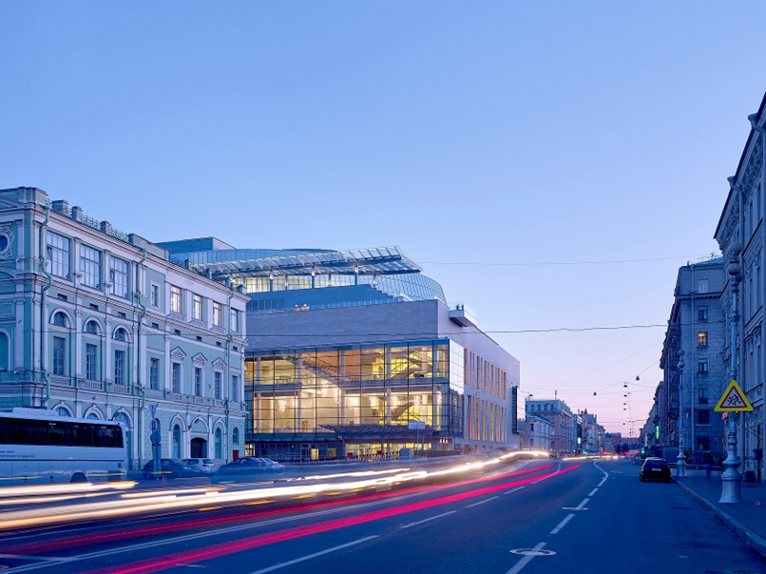 The new opera/ballet house is an example of  contemporary architecture that pays homage to its setting. This new state-of-the-art facility will enable one of the world’s most prolific performing arts companies to create new works and innovative productions. 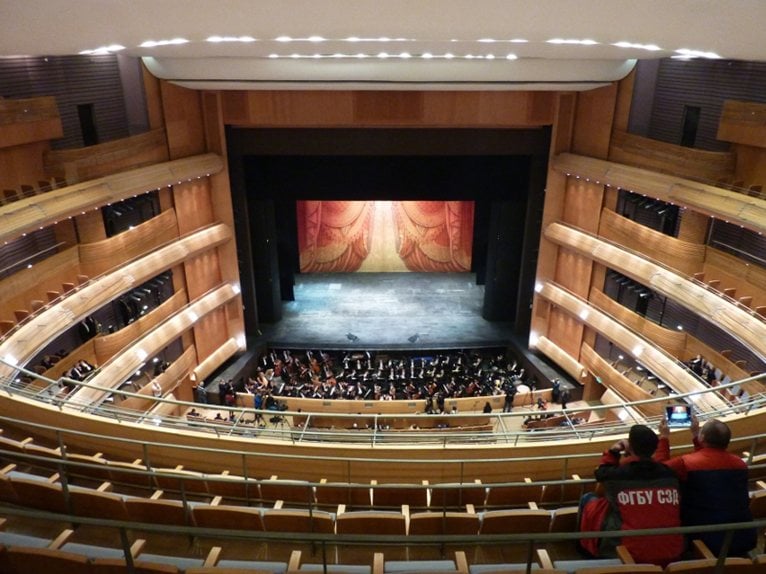 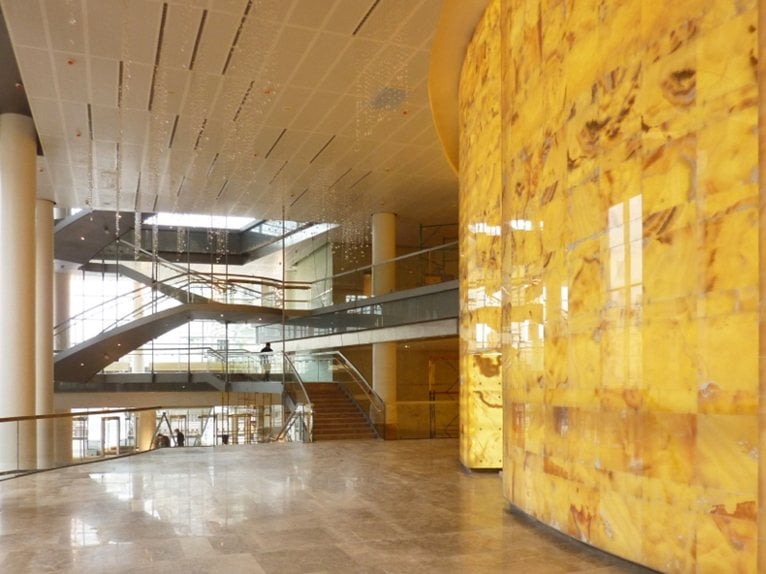 However, the history of the Mariinsky II theatre has not by any means been plain sailing! A design competition was organised in 2003 and at the end 11 proposals had been received. The winner was well-known French architect Dominique Perrault with a “Gold Cocoon”. Work began almost immediately, but by 2005 experts discovered that detailed proposals presented by the competition winner did not meet Russian building codes in terms of drainage and ventilation. Then, despite the new general contractor managing to remove all 286 obstacles shown on the working drawings of Perrault in a short space of time, further problems regarding the consistency of the soil under the construction area meant that in November 2008 the Russian government announced that it was killing the Perrault plan. The Russian Prime Minister Vladimir Putin announced in early June 2009 that there would be a new competition to solicit proposals. The winner was local partner KB ViPS Architects and Diamond Schmitt Architects. 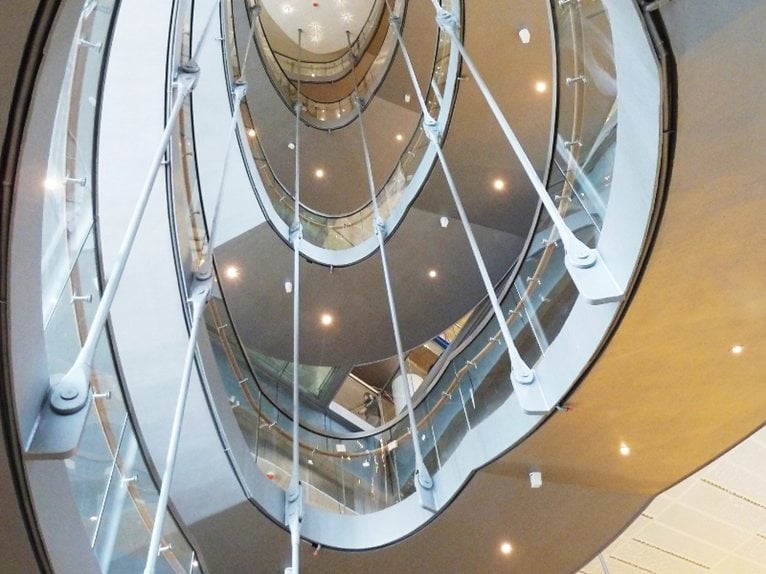 “Mariinsky II embraces the themes and forms of St. Petersburg and contains a jewel of an auditorium that is based upon the successful configuration of past houses, and one in which the social aspects of attending opera or ballet performances have been enhanced for every member of the audience,” said Jack Diamond, Principal with Diamond Schmitt Architects. His partner Gary McCluskie added “Extensive public space with dramatic staircases connects multi-tiered lobbies that heighten the sense of occasion of attending the opera and ballet for spectators”. 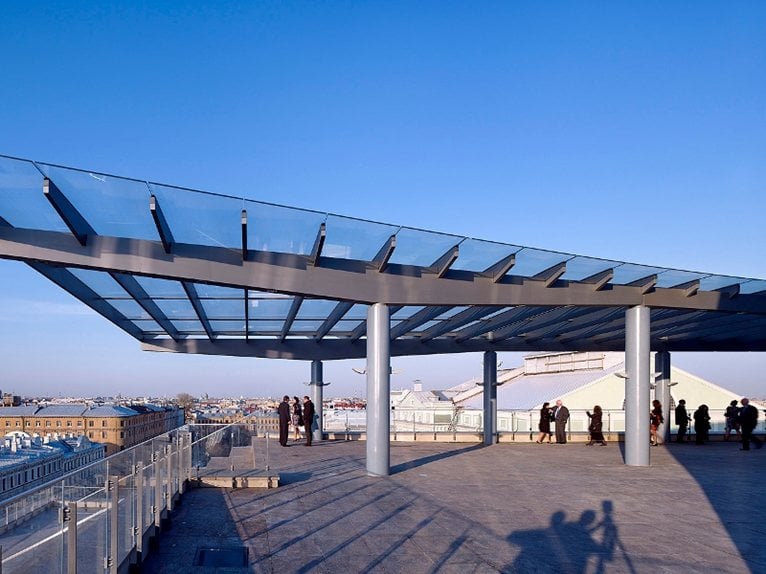 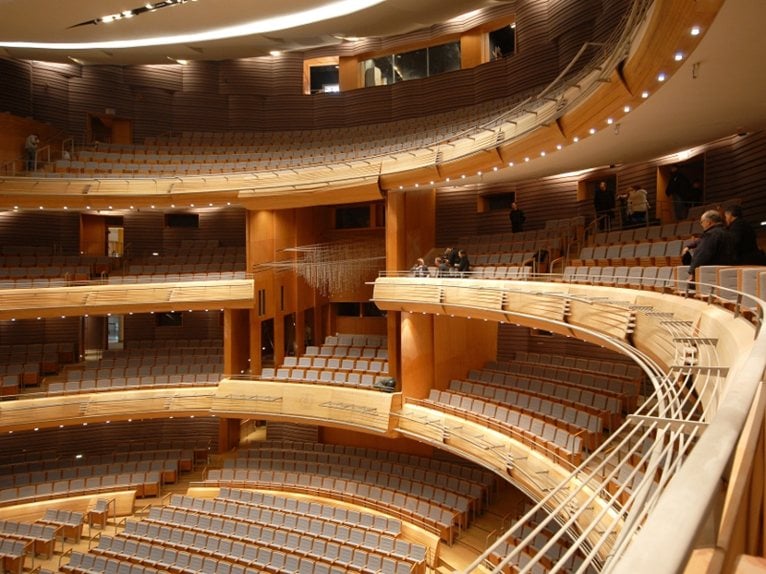 One distinctive feature of the new Mariinsky is a rooftop amphitheatre for performances during the Mariinsky’s White Nights summertime festival when the sun barely sets on St. Petersburg. Another feature is the custom made seating by Italian company Estel.