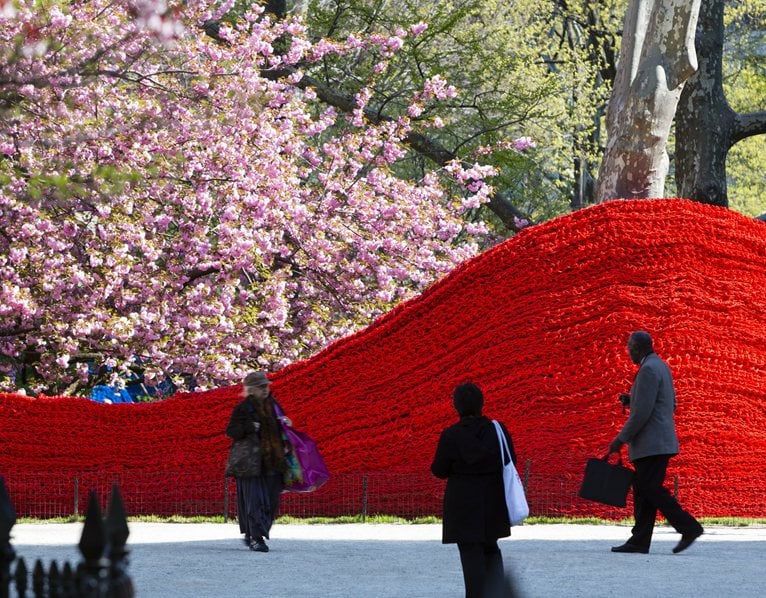 ART INTALLATION_Orly Genger is a sculptor interested in reshaping space and actively engaging the viewer. She builds paths, stacks, walls, and even rooms out of rope, creating large sculptures that handily develop both in indoor and outdoor spaces. Orly usually uses coarse rope and extreme color choices and this might be described as aggressive installations. 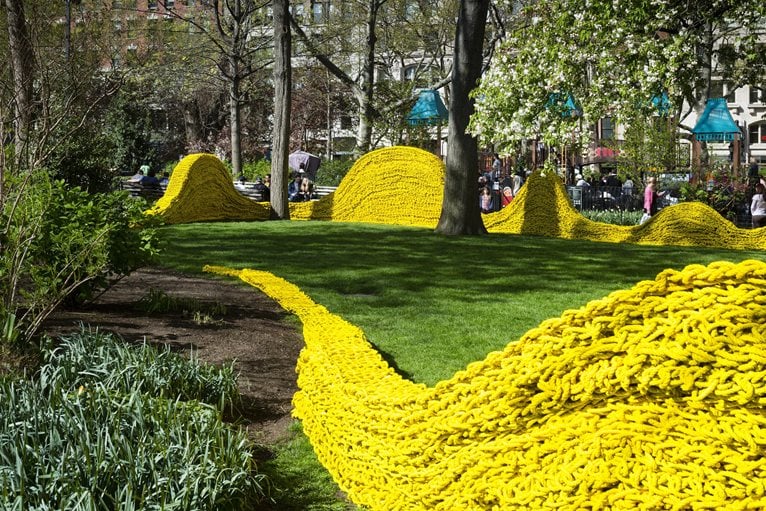 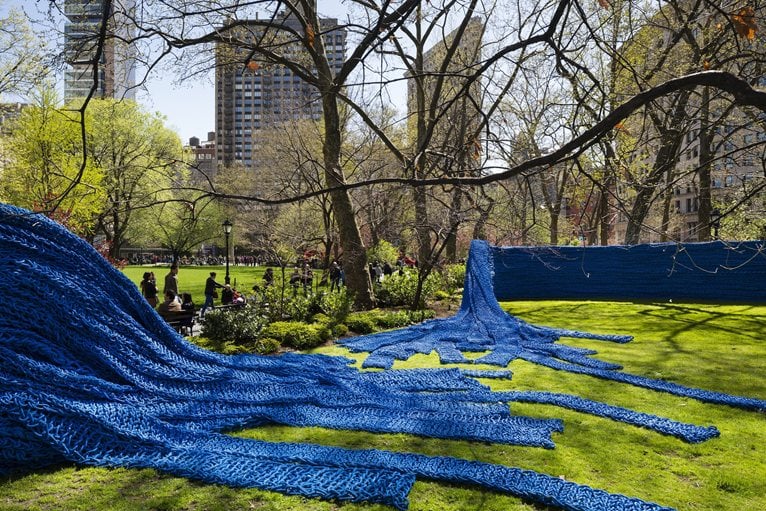 This Mad. Sq. Art commission consists of 1.4 million feet of knotted rope—the total length equating to nearly 20 times the length of Manhattan—covered in more than 3,000 gallons of paint, and weighing more than 100,000 pounds. Red, Yellow and Blue employs repurposed rope collected from hundreds of miles up and down the Eastern seaboard, bringing elements of the coastline to the urban setting of Madison Square Park. Together, three separate undulating structures of layered rope shaped on-site by the artist redefines the Park’s landscape, creating interactive environments that invite visitors to explore both exposed and hidden spaces, encouraging them to navigate and experience Madison Square Park anew.

'Madison Square Park has become a favorite destination for New Yorkers and visitors alike, thanks in large part to the vision of the Mad. Sq. Art program,' said Mayor Michael R. Bloomberg. 'New York artist Orly Genger’s Red, Yellow and Blue encourages us to see the park in a new light and will make us think – exactly what contemporary art is supposed to do'.

With a title referencing Barnett Newman’s Who’s Afraid of Red, Yellow and Blue?  series from the late 1960’s, Genger’s exhibition calls on the minimalistic traditions of Richard Serra and Frank Stella, while allowing for Genger’s own distinct contemporary aesthetic to emerge outdoors. As she adopts the intimate, domestic, and traditionally “feminine” activity of knitting, Genger creates large-scale, monolithic, “masculine” constructions that actively challenge and engage those who experience her work. 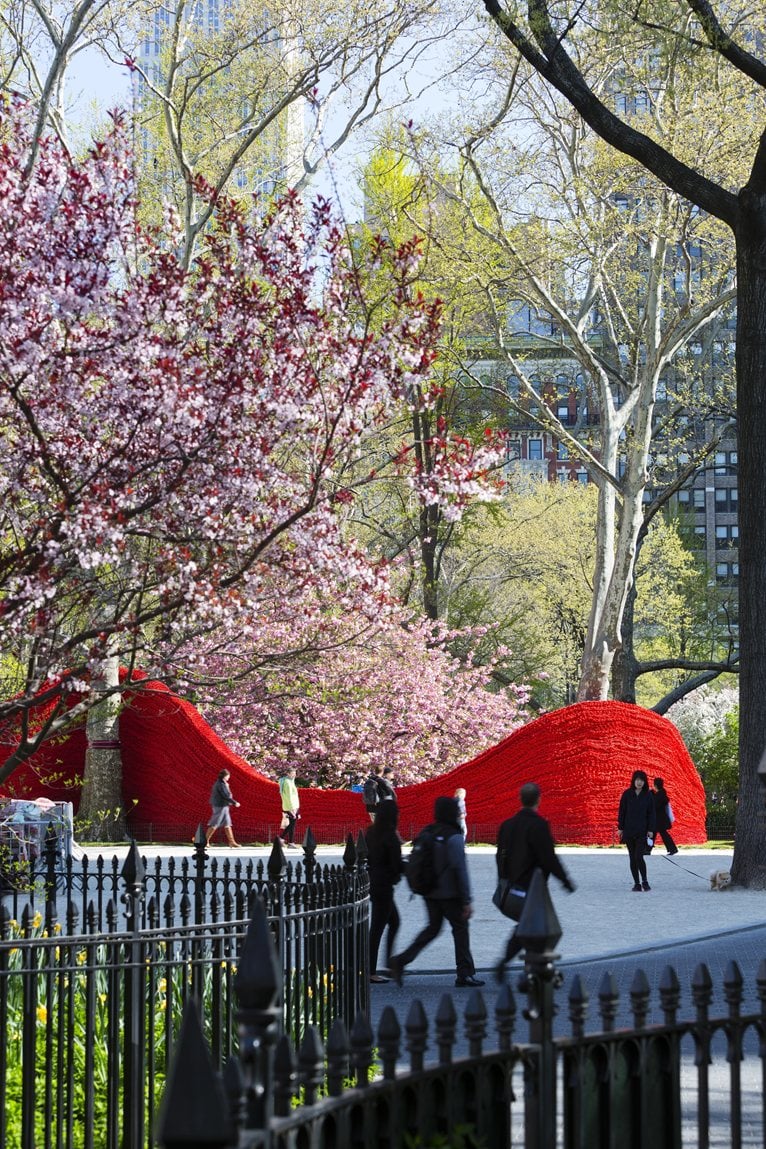 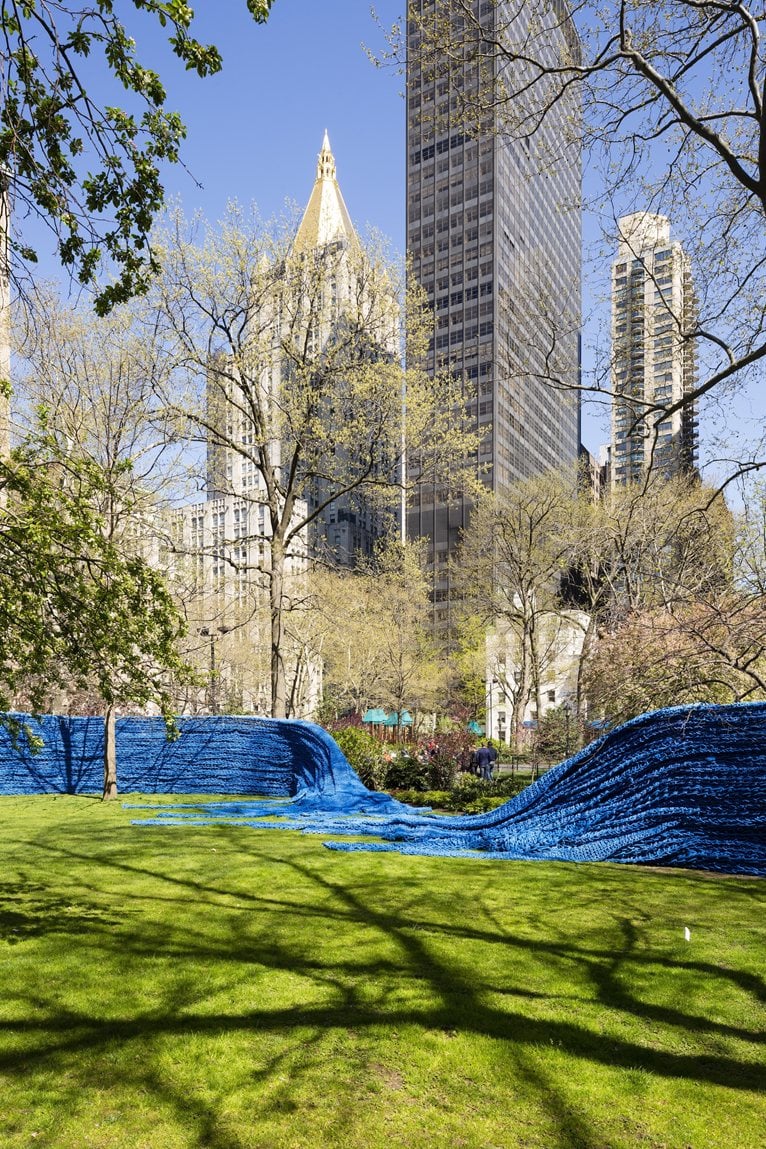 Artist Orly Genger states, 'For Madison Square Park I wanted to create a work that would impress in scale and still engage rather than intimidate. In the context of my other installations, the rope used for Big Boss (2010) at MASS MoCA comprises only 10% of the rope used for the project at Madison Square Park, allowing me to work at an unprecedented scale. The tradition of knitting carries the sharing of stories and the installation draws on that idea. The repurposed rope brings with it the stories of different locations and by knotting it, a space is created for the words and thoughts of viewers in New York City to complete the work, creating a silent dialogue that waves along.'

The Madison Square Park Conservancy invites visitors to engage with this neighborhood in dynamic new ways. Orly Genger’s vibrant installation is another wonderful example of City’s commitment to hosting extraordinary artists and transforming public spaces into platforms for ‘once in a lifetime’ experiences. 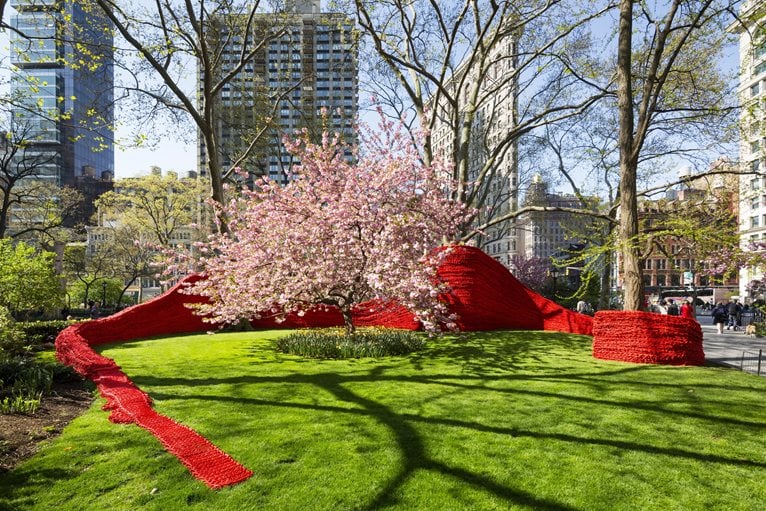 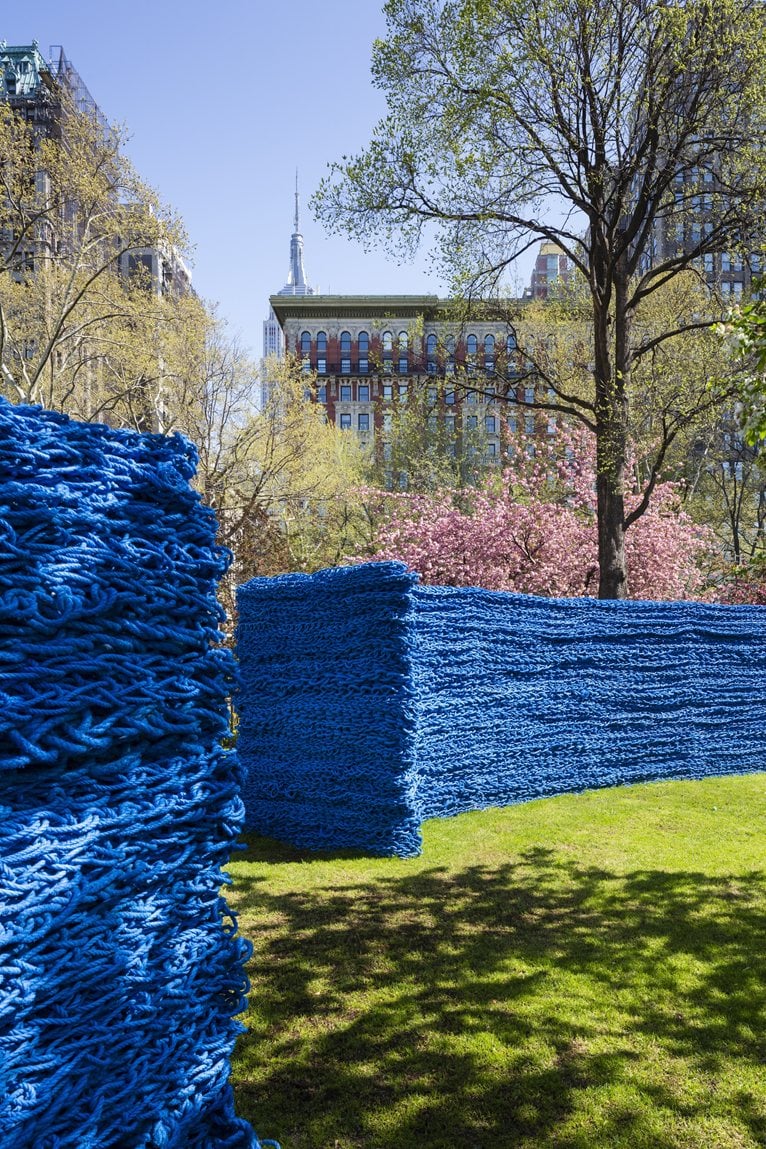 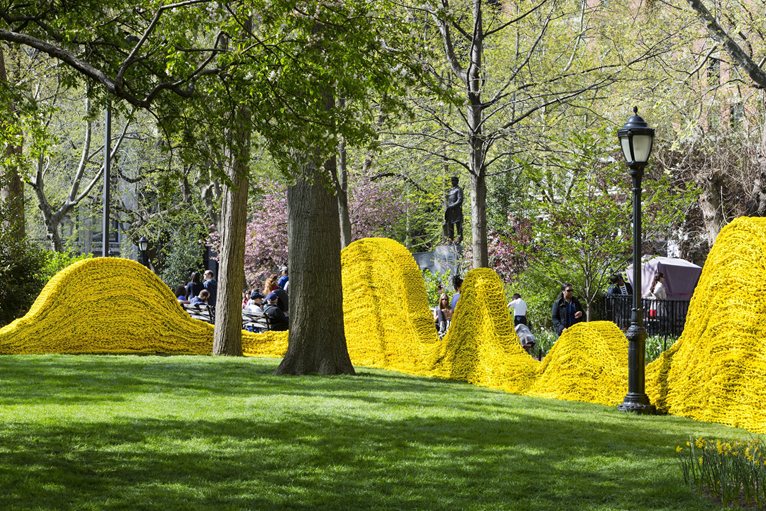