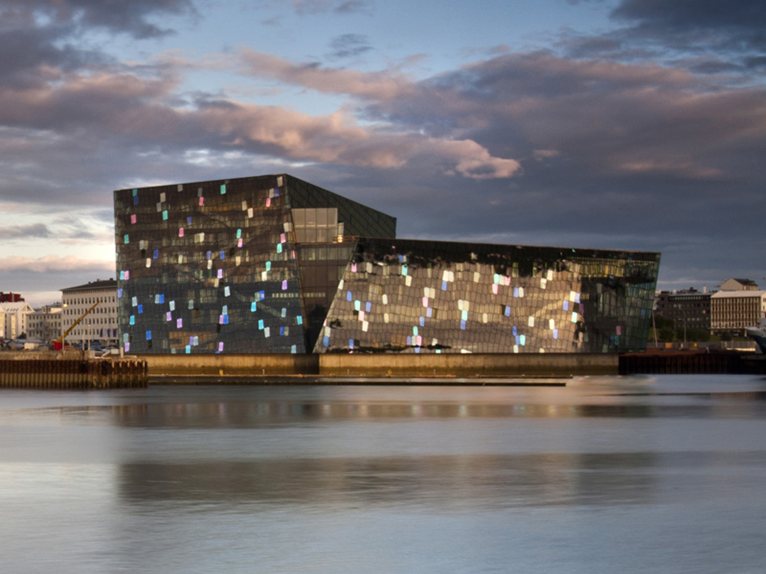 Wiel Arets, Chair of the Jury, said: "Harpa has captured the myth of a nation – Iceland – that has consciously acted in favour of a hybrid-cultural building during the middle of the ongoing Great Recession. The iconic and transparent porous 'quasi brick' appears as an ever-changing play of coloured light, promoting a dialogue between the city of Reykjavik and the building's interior life. By giving an identity to a society long known for its sagas, through an interdisciplinary collaboration between Henning Larsen Architects and artist Olafur Eliasson, this project is an important message to the world and to the Icelandic people, fulfilling their long expected dream."

Peer Teglgaard Jeppesen and Ósbjørn Jacobsen from Henning Larsen Architects, Sigurður Einarsson from Batteríid Architects and Olafur Eliasson accept the award on behalf of everyone who has been involved in the development of Harpa.

Harpa is situated in Reykjavik, Iceland, and was inaugurated in August 2011. Harpa forms part of large-scale development plan for the eastern harbour of Reykjavik. The 28,000 m2 concert hall comprises four music and conference halls and has brought together city and harbour. 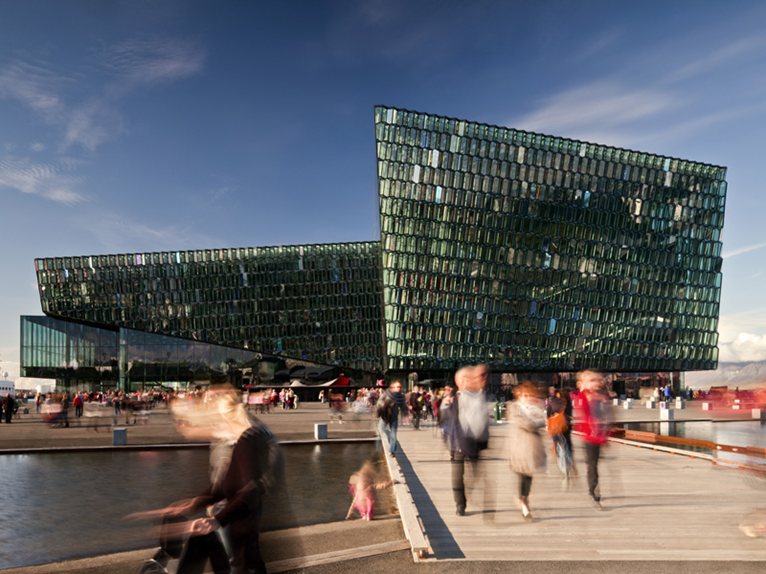 ”We are immensely proud of the jury having selected Harpa as winner of the Mies van der Rohe Award 2013. On behalf of the large Danish-Icelandic team, I thank the European Commission and the Fundació Mies van der Rohe. Harpa had grand architectural and artistic ambitions from the very beginning. The vision was to create something unique, and Iceland had the courage to maintain the high quality level. Harpa is a promise for the future”, says Mette Kynne Frandsen, CEO, Henning Larsen Architects. “The entire process has been characterised by a close collaboration where everyone has been open to thinking out of the box and adopting new collaboration forms, in terms of artistic as well as technical and economic solutions.”

”Harpa faces towards Reykjavik city centre, and it has been a primary architectural ambition to couple the foyer to the urban space and thus let city and building enrich one another”, says Peer Teglgaard Jeppesen, Henning Larsen Architects. “On dark winter nights, concert guests have a view of the illuminated city, while at the same time creating visual life on the harbour. Seen from the city at night, Harpa stands out as a dynamic play of light and shadow.”

Light and transparency are key elements in the building. The façades are the result of a unique collaboration between Studio Olafur Eliasson and Henning Larsen Architects. The south façade consists of more than 1,000 stackable, twelve-sided space-filling modules of glass and steel which Olafur Eliasson calls ‘quasi bricks’. The remaining façades are made of sectional representations of these three-dimensional structures. Depending on the weather and the time of day, the interplay of reflections and transparency of the facades makes explicit the influence of natural light on our perception of the building. 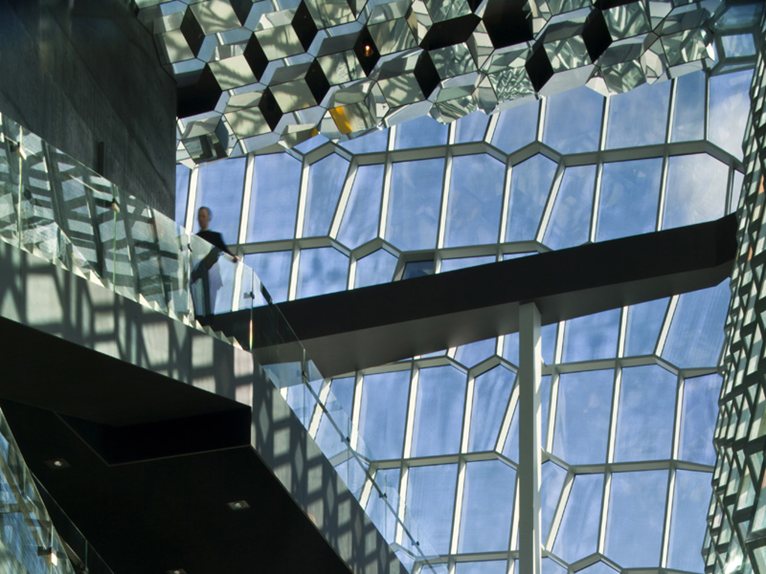 Olafur Eliasson says: ”Harpa stands out as a very special project to me. My studio and I were involved in close collaboration with Henning Larsen Architects already at an early design stage, which led to a merger of architecture and art into a unique result. Harpa was developed at a time of turbulent economic and political change in Iceland, so that we were faced with great challenges, which made the building a very personal project for everyone involved. I am therefore very pleased, grateful and touched that Harpa has been awarded the Mies van der Rohe Award 2013. It reminds me of the incredible process that made Harpa into a work of art.”

The official award ceremony will take place on 7 June in the Mies van der Rohe Pavilion in Barcelona, Spain.