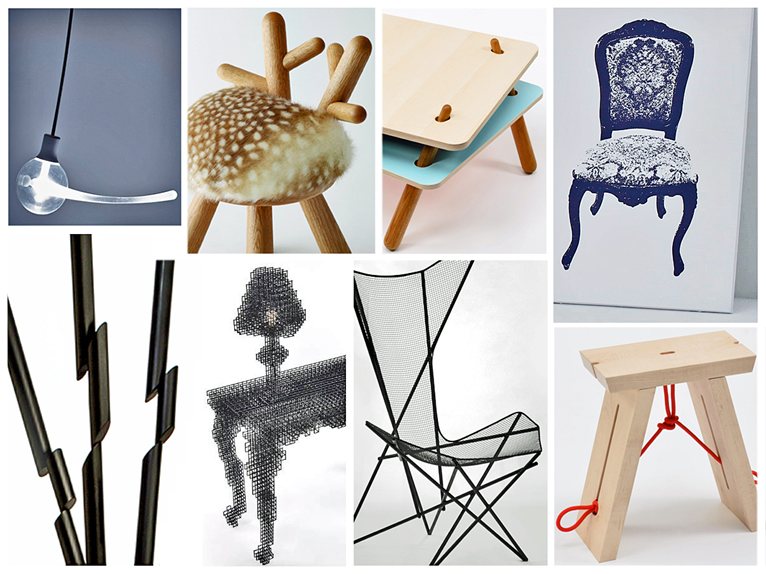 MILAN DESIGN WEEK_During the last edition of Salone Internazionale del Mobile, many young designers shown great talent and creativity integrating traditional craftsmanship with the incredible possibilities offered by industrial design and production. Amongst all the young participating designer, 'Far-East' design was the one which caught the attention and curiosity of visitors.

The Korean designer BoMi Park presented metal furniture that brings out as much restrained beauty of metal as possible. Afterimage_02  gives you the impression that the furniture seems to be shaking from any point of view. The entire collection cause illusions created by a wire mesh developed in 3 dimensions and appears to be shimmering like a mirage. The object changes depending on your point of view, evoking a memory process. 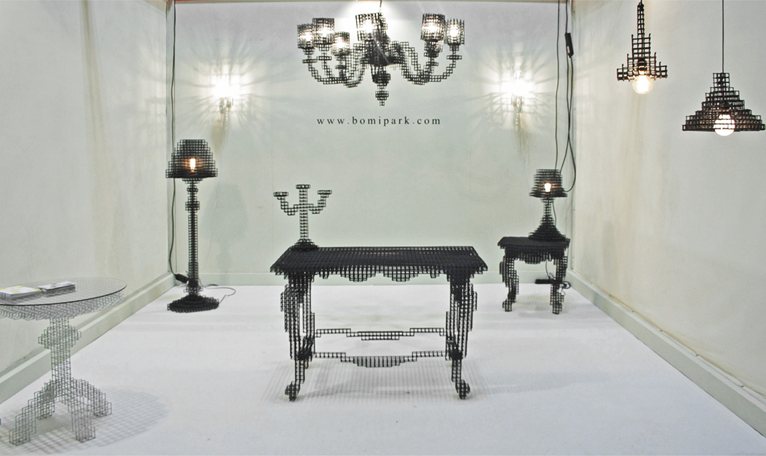 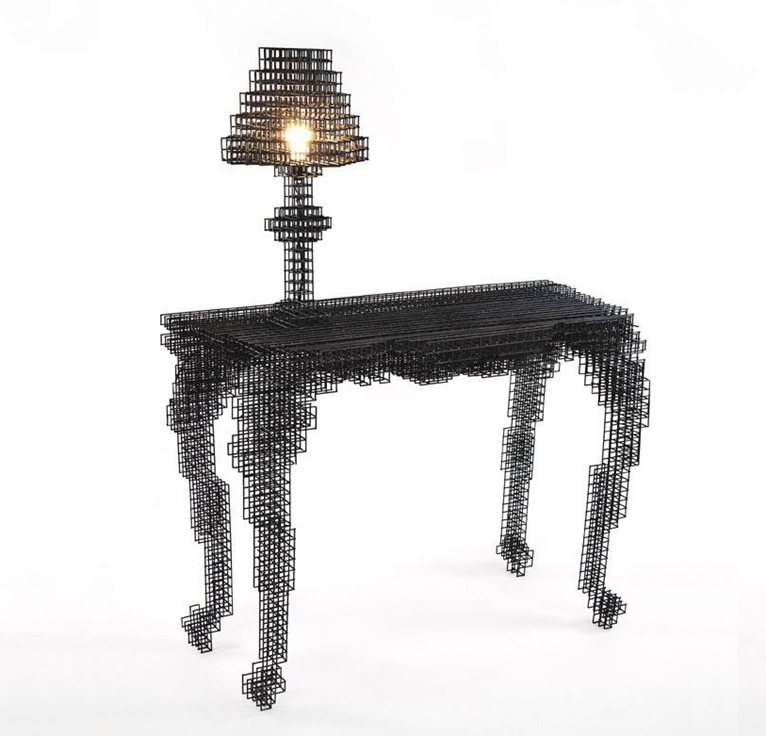 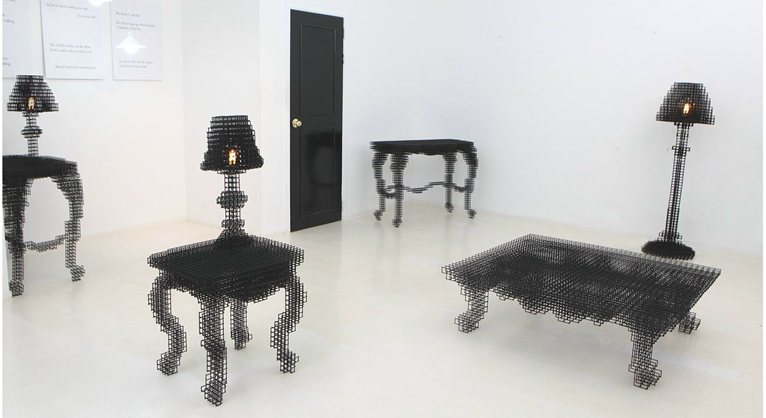 Design Soil  is a design project at Kobe Design University. Beyond the 'ordinary' until now, they are pursuing an experimental design all over the world. Inspired by Lagrangian's theory, they exhibit their new collection, “Lagrangian Point” produced by finding the equilibrium hidden behind the apparently unstable forces and structures. Among projects on display the Torque table designed by Nobu MIAKE  and Trinity stool  by Junichiro Oshima.

By inserting a stick into a holed board and tilting it, the stick will get stuck in the side of the hole. Torque applied this rule to support two tabletops at different positions. As it is stabled by the legs tilting, it will increase the strength as it becomes more loaded. Herewith, the differently coloured tabletops show each attractive faces. Each tabletop is reversible to enjoy different textures. 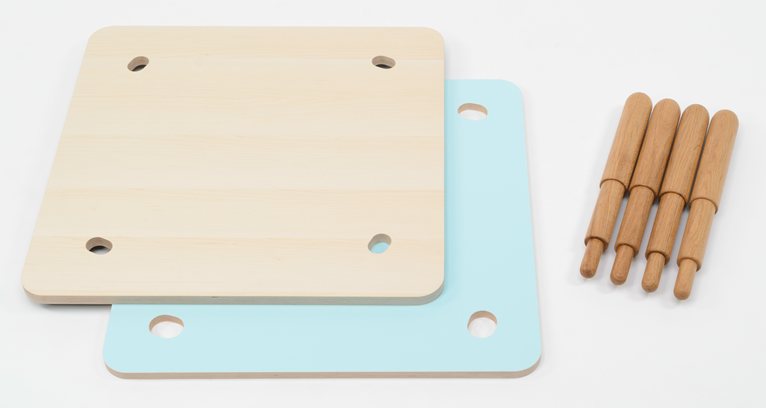 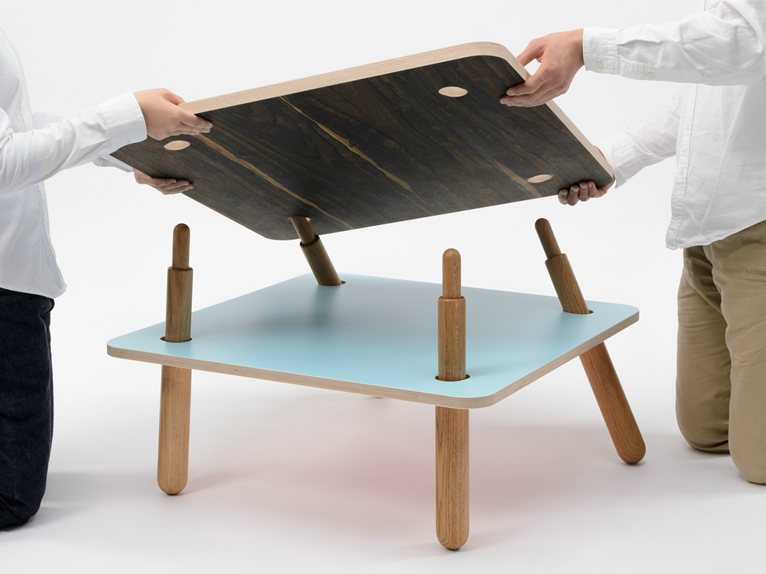 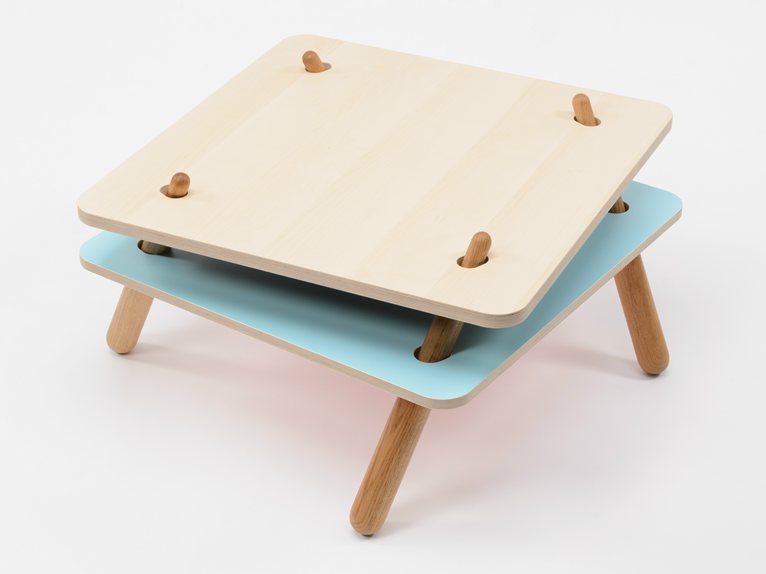 Trinity is able to bend freely as well as to tie. It is a folding stool applied the characteristic of a rope. The tied knots at the both ends of the rope which pass through the legs and the seat, to give the relation that pulling each other from three directions, the rope beautifully tighten supports the legs firmly. When holding the stool, the rope works as a fastener of the legs and as a handle to carry. 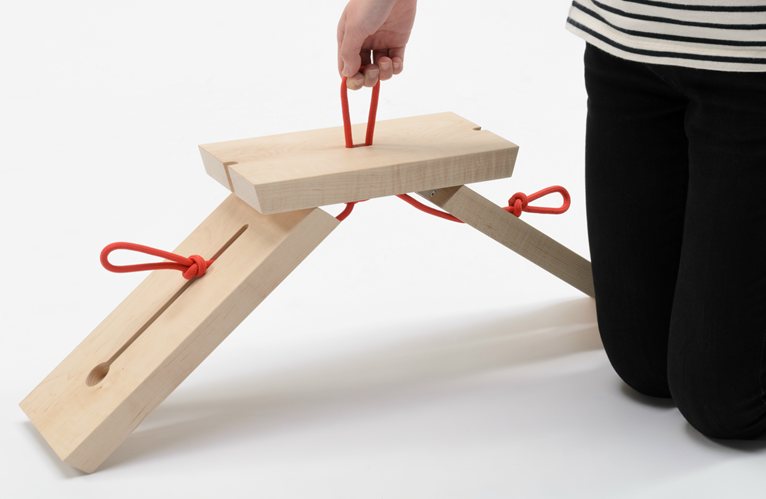 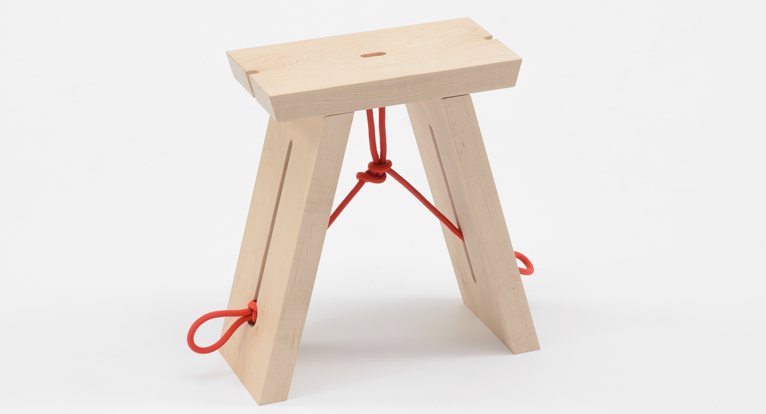 YOY is a Tokyo based design studio made up of Naoki Ono, a spatial designer, and Yuuki Yamamoto, a product designer. Their design theme is to create a new story between space and objects. The symbol of this motif is Canvas: a canvas shaped chair with a drawing of a chair that can be used by leaning against a wall. The frame made of wood and aluminium is covered by an elastic fabric printed with texture of a canvas and a drawing of chair. They shown also Swing, a pendant light that looks as if it were swinging. From another point of view, you feel as if time were stopped. Both results are impressive and playful. 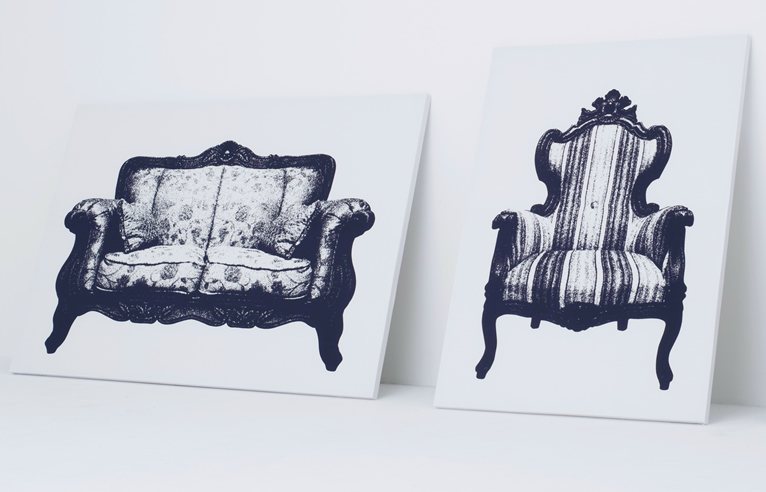 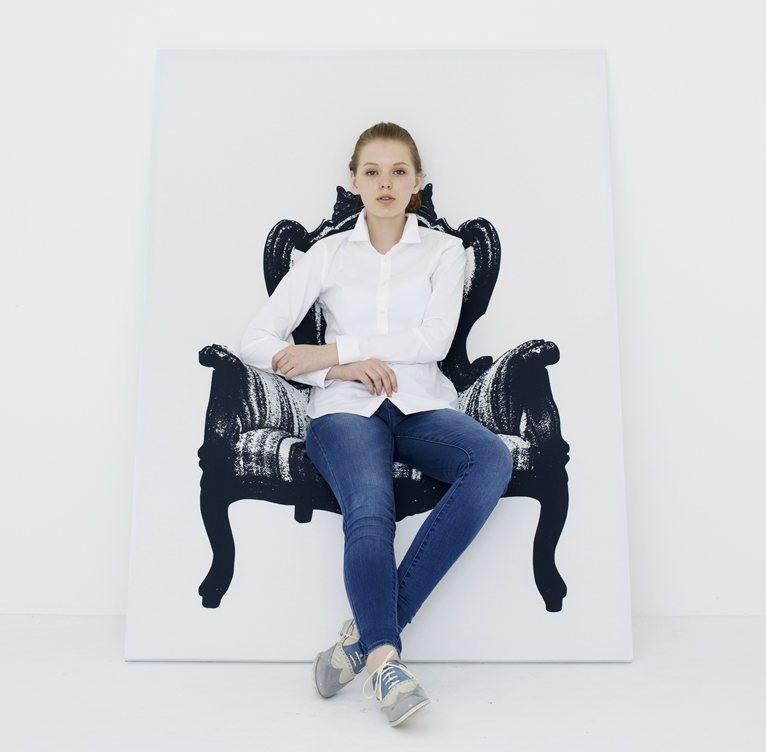 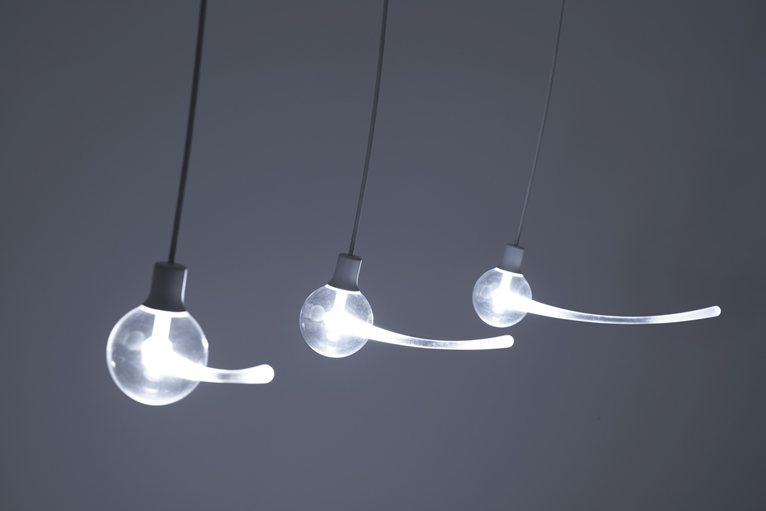 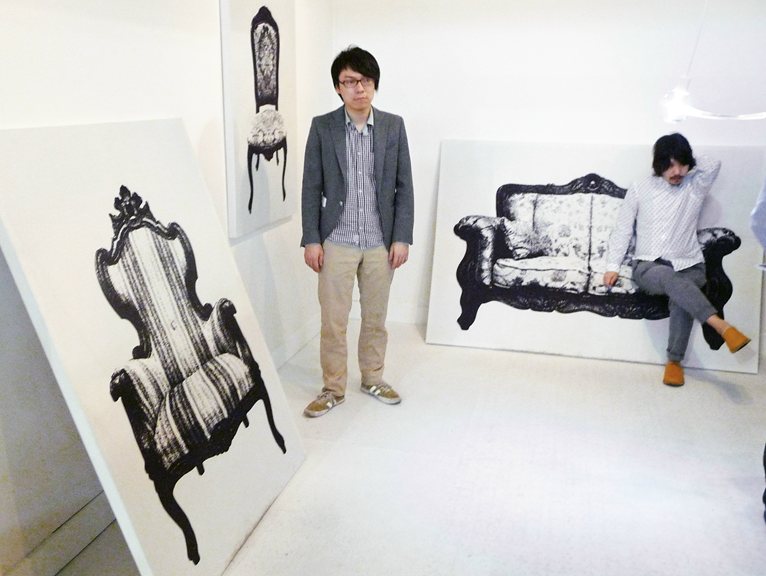 Taewoo Kim is a young designer from Seoul who presented a series of objects restructured through modification and change. 'Modified'  is a coat hanger with the structural detail of the cut part functioning as a hook, so that can be used directly to hang the clothes. LINEE chair is ingeniously made with 12 lines. The structure is constructed by connecting the points of force with as few lines as possible in order to have stable and efficient structure. 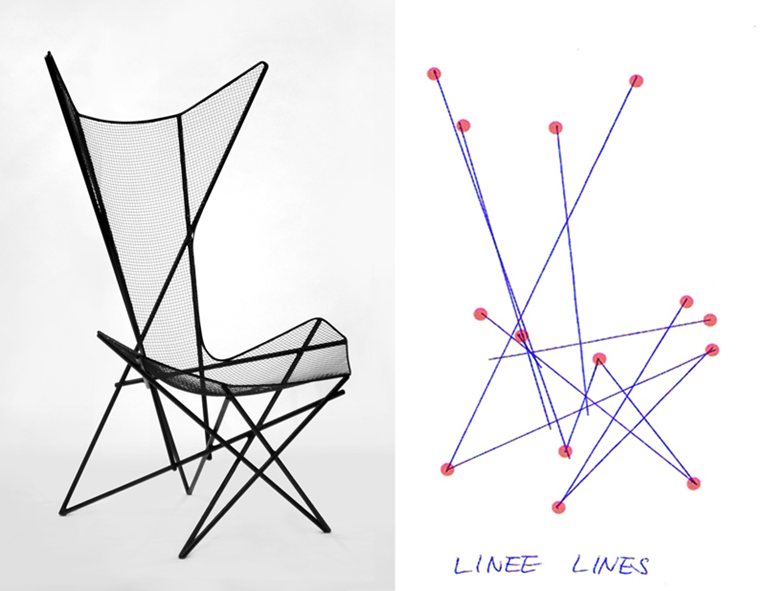 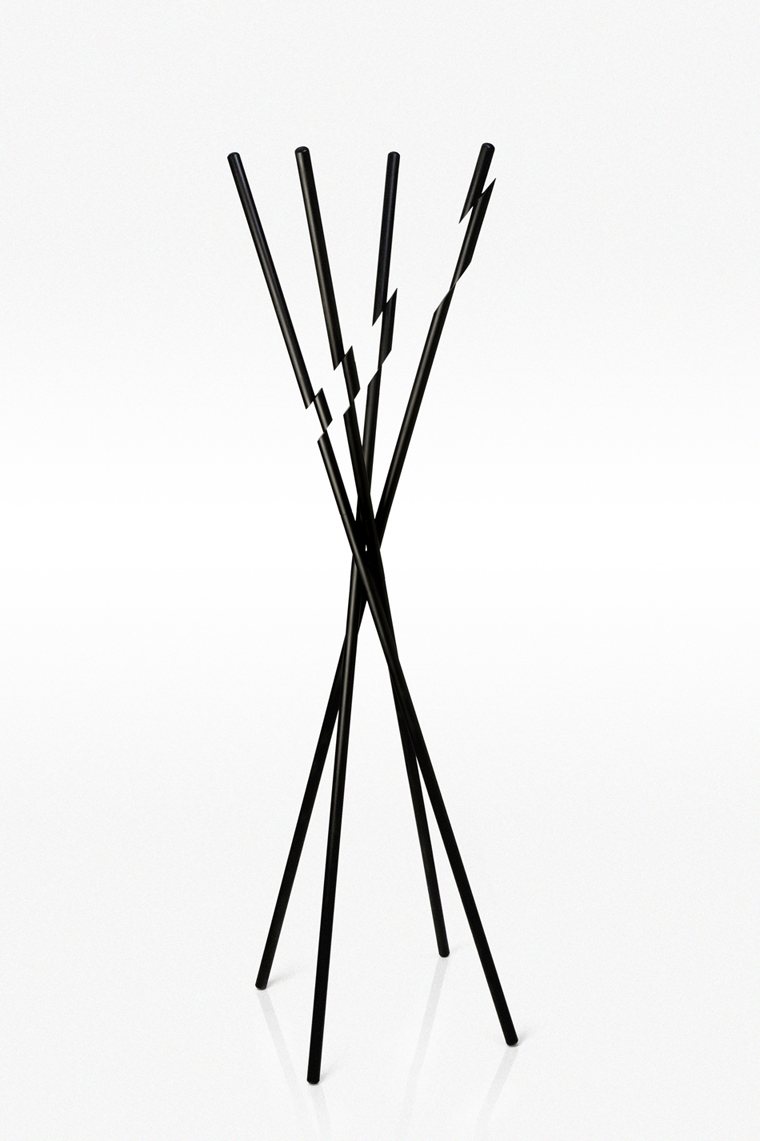 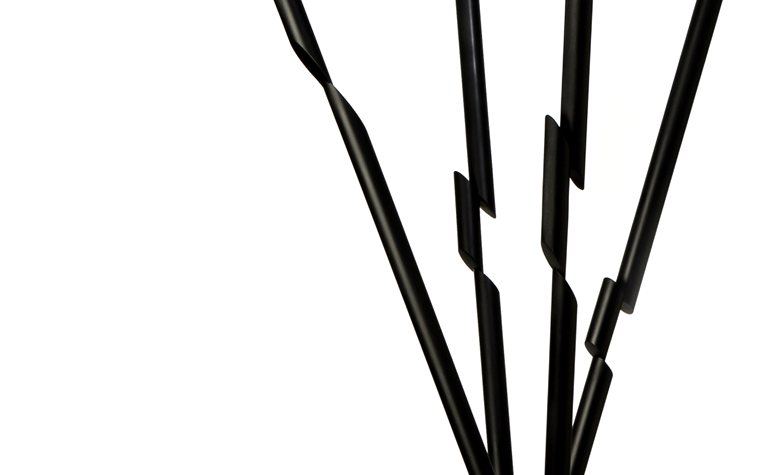 The eclectic Japanese designer Takeshi Sawada expresses various aesthetic inspirations thanks to his experiences at the apparel industry. He applies his humorous and flexible approaches to his designs. He came back with his already known Bambi chair, a stool made of wood covered with synthetic fur that evokes the animal's lineaments in a funny way. Bambi, sheep, and cow chairs are part of project whose objective is to make people smile. Their gentle and funny forms helps people to look on the bright side of life. 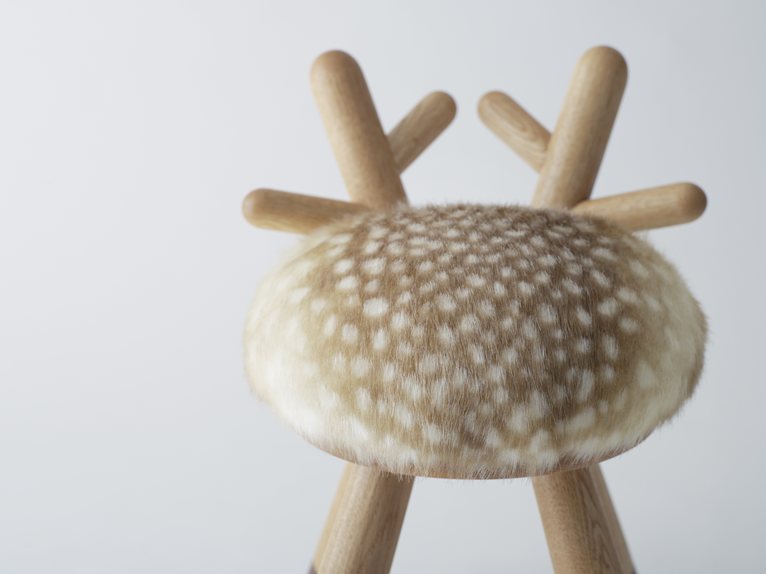 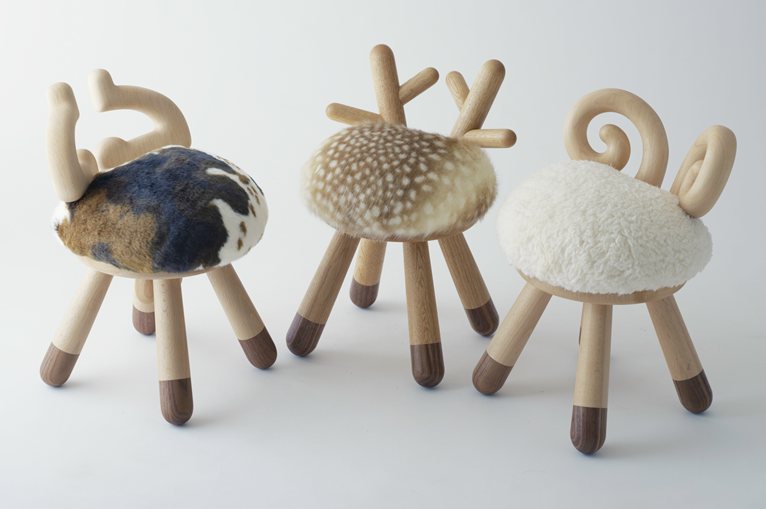 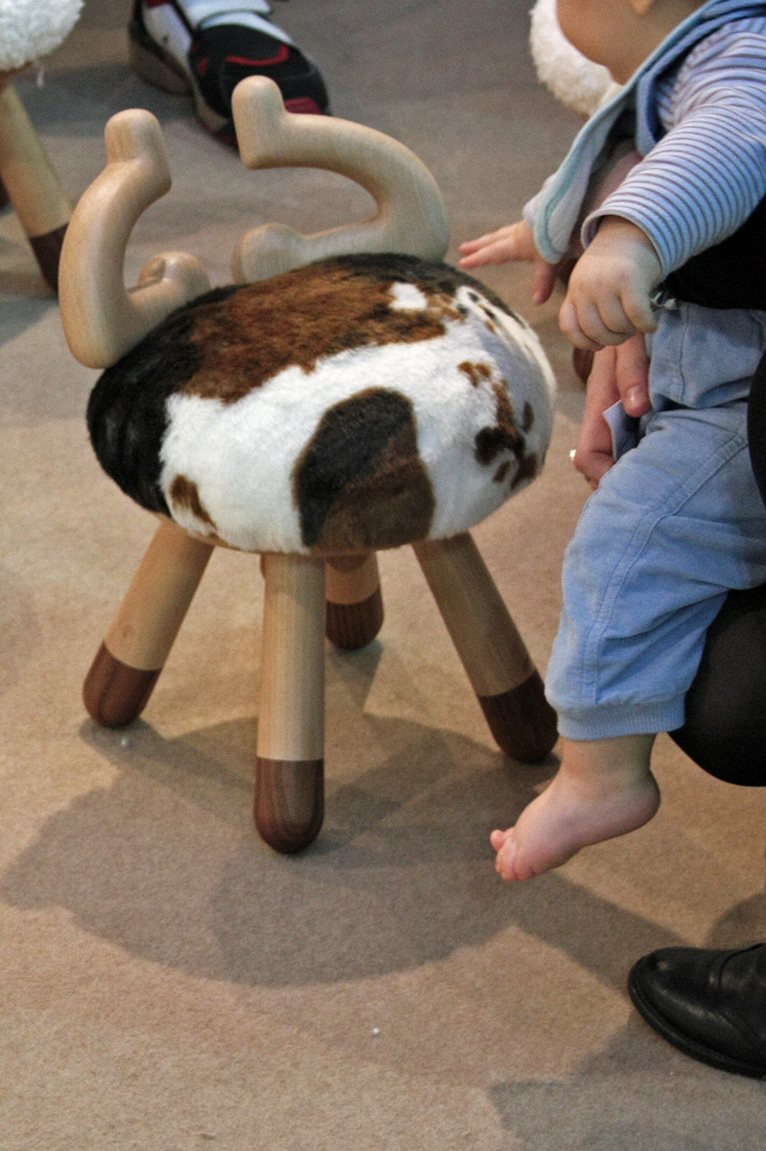